Imagine Following This On The Highway: A Truckload Of Nuclear Training Bombs

It’s highly unusual to see even inert nuclear bombs being transported so openly.

It's no secret that America's nuclear weapons, or components thereof, sometimes travel along the country's roads, typically inside heavily modified, armored, and booby-trap-laden tractor-trailer trucks. So we at The War Zone were surprised to see a picture recently of a load of B61 and B83 nuclear gravity bombs on an open flatbed trailer, even though they turned out to be inert ones bound for a test.

Sandia National Laboratories released the picture, a full version of which is seen below, as part of a review of its accomplishments in the 2019 Fiscal Year. The image, which shows what appears to be six B61 trainers, including one with an orange-colored body section and tail unit representing the newest B61-12 variant, and two B83 trainers, loaded on the trailer is undated. So, although we know it was taken between Oct. 1, 2018, and Sept. 30, 2019, we don't know exactly when or where it was shot.

The official caption says "Fleet of B61-7, B61-11 and B83 test units loaded for shipment." However, there does not appear to be any examples of the bunker-busting B61-11, which has a distinctive nose and tail assembly from other B61 variants, among the bombs on the truck. Hans Kristensen, Director of the Nuclear Information Project at the Federation of American Scientists, wrote in a Tweet that there looked to be inert training versions of the B61-3 and 4 bombs, as well. You can read more about the entire B61 family, America's longest-serving air-dropped nuclear bomb, in this past War Zone feature.

"B-2 Aircraft Monitor and Control testing was completed using a full load B61-12 weapon simulator," an additional block of text under the image in Sandia's 2019 Fiscal Year accomplishments report says. "This was the first time a full load of digital interface weapons has been demonstrated on the B-2 bomber. The test was completed in conjunction with final AMAC testing needed to certify the weapon system."

In short, AMAC is the complete suite of systems on a nuclear-capable aircraft that allows its crew to actually arm a nuclear weapon in flight before employing it, or safe it again, if necessary. Making sure that the new B61-12, each one of which is literally worth more than its weight in gold, works with the AMAC equipment inside the stealthy B-2, the U.S. Air Force's only bomber presently certified to carry nuclear gravity bombs of any kind and one of America's key nuclear weapon delivery platforms, would be an absolutely essential part of the process of integrating that weapon onto that aircraft.

It makes sense that Sandia, together with the Air Force, would have also taken the opportunity to test out how those systems worked together with a full load of bombs equipped with digital interfaces to connect to the B-2's onboard AMAC equipment. In his Tweet, the Federation of American Scientists' Kristensen noted that the inert bombs seen on the trailer only represented around half of the total number of live nuclear weapons one of these bombers can carry at once. It's not clear if more bombs were employed in the test beyond those seen in the picture.

It's also unclear why they were transported in such an open way to wherever the test was conducted. One would imagine even inert nuclear bombs used for testing and training would have representative systems inside them that would be of intelligence value to foreign countries, such as Russia or China. We know the that test units had digital interfaces installed, at least, and for AMAC testing it seems very likely that they also had Permissive Action Links (PAL) in place, which are safety systems to prevent authorized use of the weapons. Those are highly sensitive and usually require some degree of elevated security.

It's possible that the risk of loss was determined to be low due to the overall distance the truck had to travel. It may not have even had to leave a controlled U.S. government facility to make its delivery. Without more context about the circumstances behind this shipment of B61 and B83 inert training bombs, we just don't know.

No matter what the exact circumstances were, it's still an interesting and unusual picture. That a single B-2 can carry nearly twice the number of bombs seen on the back of this truck also underscores the immense destructive capability of each one of America's 20 stealth bombers.

Thanks to Chris Casilli, who goes by @Casillic on Twitter, for bringing this picture to our attention. 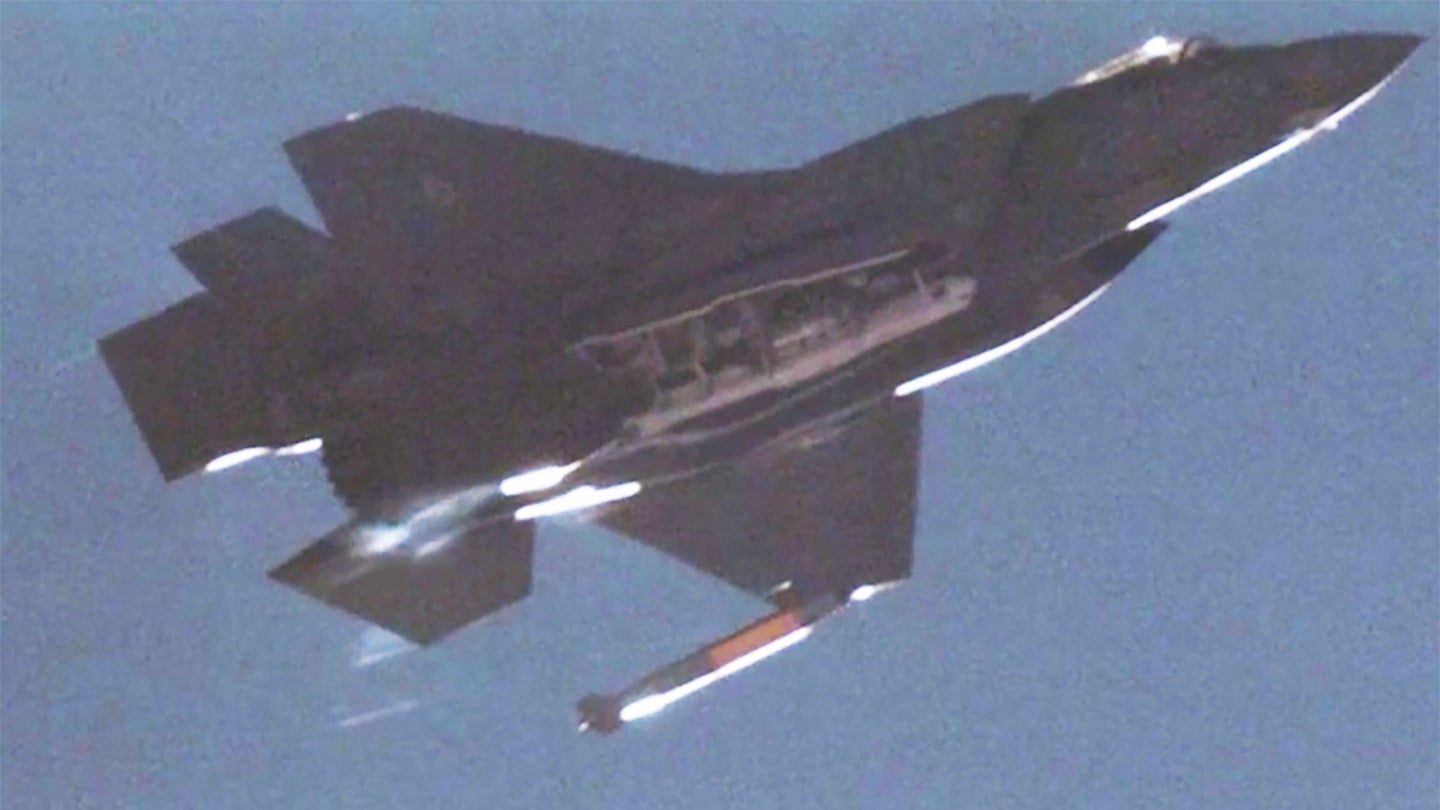 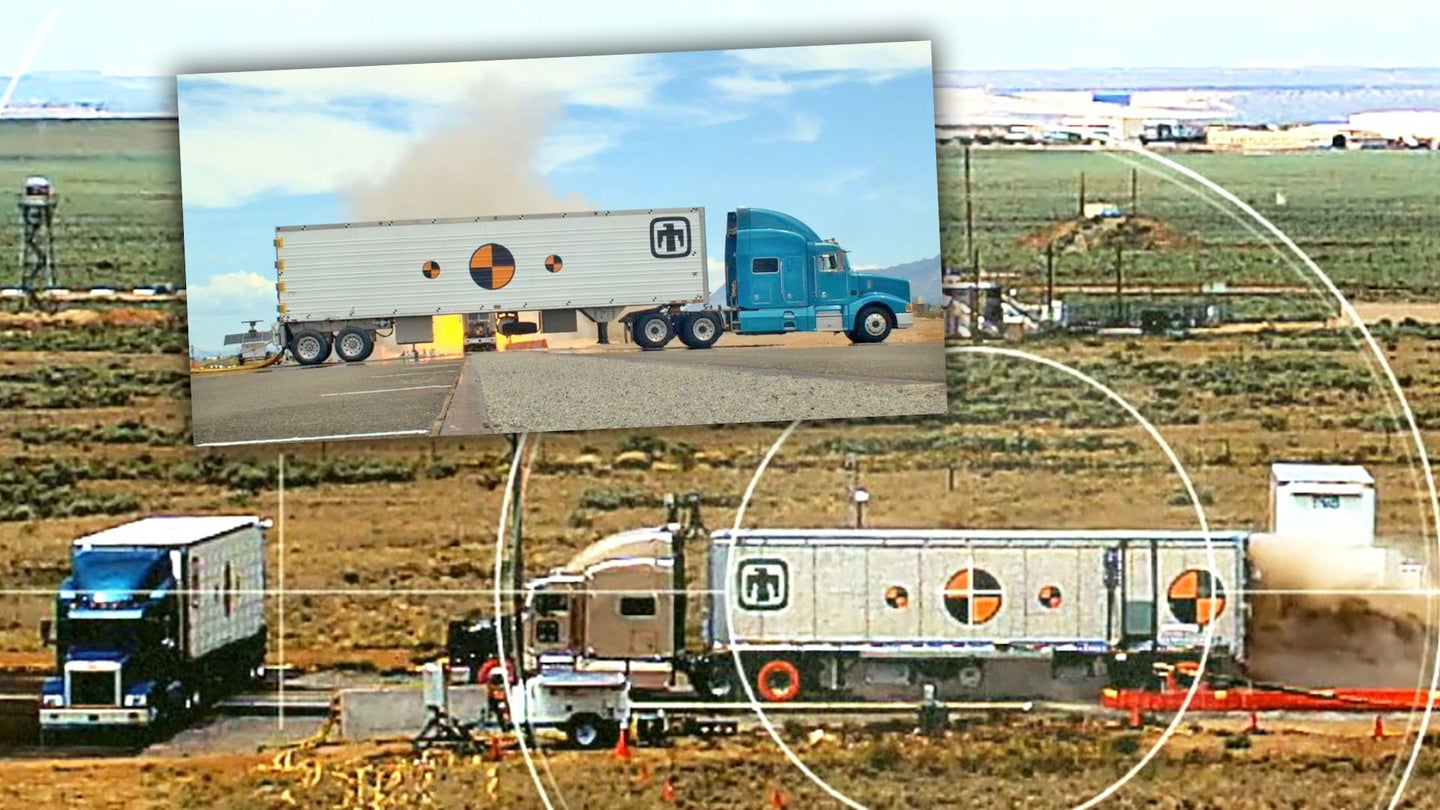 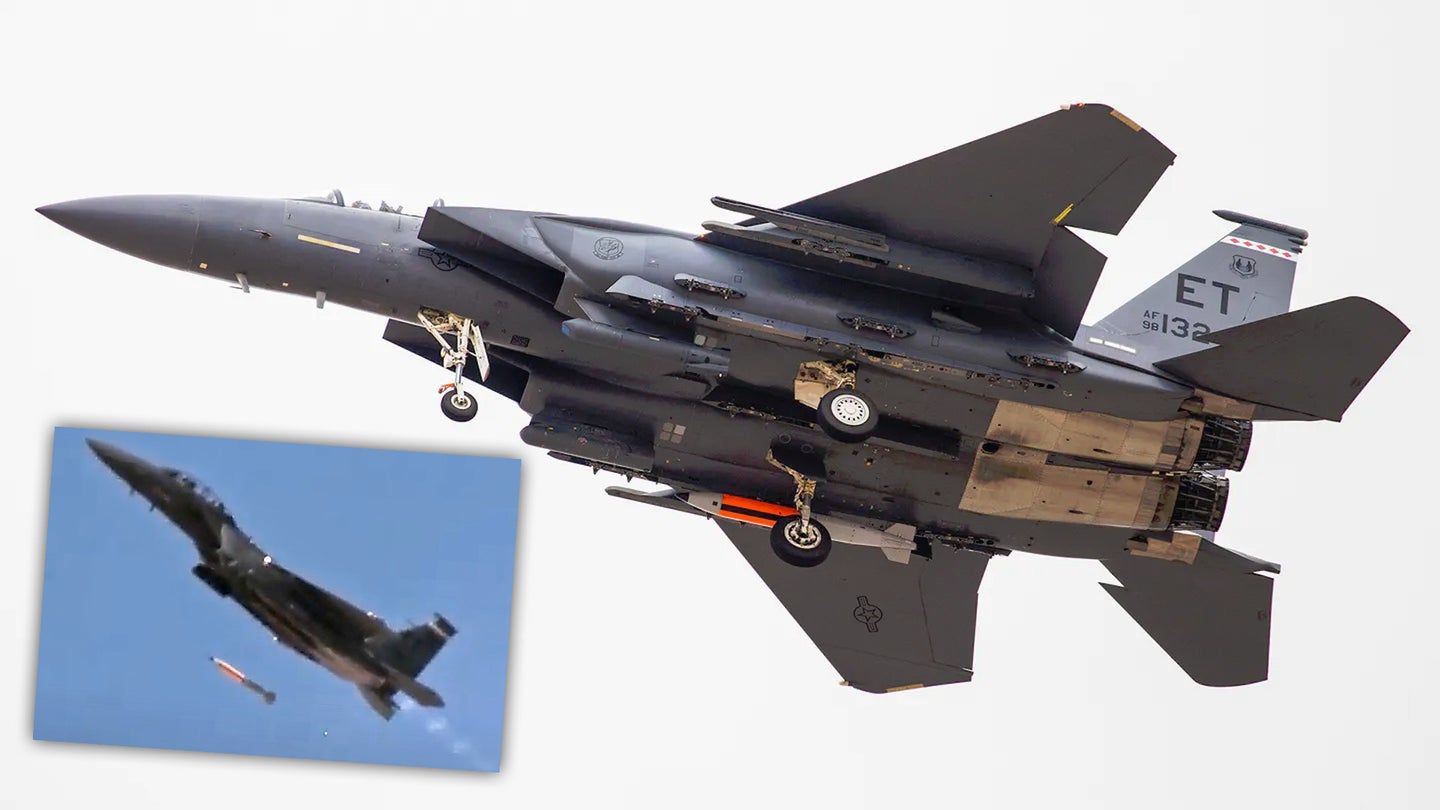