Hope for the best, prepare for the worst! 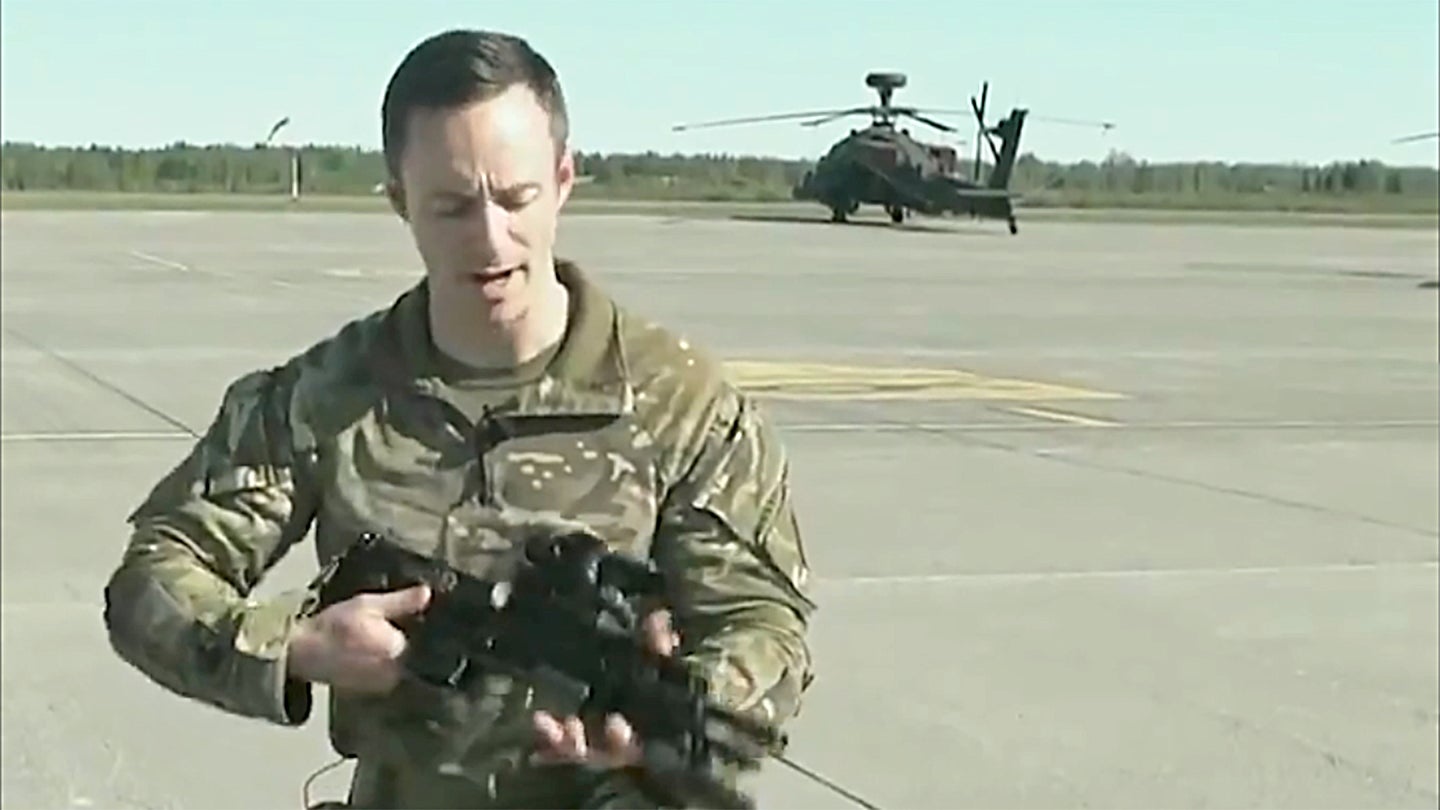 The AH-64 Apache attack helicopter just gets better with age, but its crews still have to be ready for the possibility that will they find themselves stuck on the ground behind enemy lines. Unlike most of their fixed-wing cousins, they don't have the luxury of being able to eject from their aircraft if things go terribly wrong. They also normally fly at low altitudes, which means they have less of an opportunity to get as far away from enemy forces as possible before ending up on terra firma. As such, they have to carry a unique mix of gear with them so that they have a fighting chance of surviving long enough until dedicated combat search and rescue (CSAR) assets—or even another Apache—arrives to pluck them out of harm's way.

The British Army's WAH-64D Apache Longbows have seen their fair share of combat since being introduced into service a decade and a half ago. Now the fleet is in the process of being recapitalized in the form of the more capable AH-64E Apache Guardian. You can read all about this initiative in this recent piece of ours.

While this new version of the Apache aircraft will be a bit different, the survival gear the pilots will carry is unlikely to change much. With that being said, NATO put together a quick video showing what a British Army Apache crewman carries into combat. While some of the elements are similar to what jet pilots would carry, other elements are unique.

Check out the video below for a good roundup on this essential survival gear (if the tweet does not show up in your browser, you can access it directly by clicking here):

Of unique note are the short-barreled SA80 compact aircrew survival rifle and the Glock 19 pistol, but also the inclusion of 'strops.' These have become a key and potentially life-saving tool for Apache crews.

During the first decade and a half of the Global War on Terror, multiple extractions of personnel occurred by strapping themselves to the sides of attack helicopters. This has since become an established capability as doing so means the person in need doesn't have to wait for CSAR elements that could be hours away. It is especially important for dealing with the contingency of an attack helicopter rapidly snatching another downed attack helicopter's crew in a combat zone, before the enemy can surround and capture them. This sounds like the stuff that far-fetched action movies are made of, but it is a real capability that can avert a horrible prisoner of war scenario or even death.

You can read all about this tactic and how it quickly evolved in this past piece of ours. Regardless, strops are needed to best hook someone in to fly 'sidesaddle' on the outside of a WAH-64.

So, there you have it, that is what's in a British Army Apache helicopter crew's survival kit.