Just days before Christmas, the U.S. Army has taken delivery of two Robotic Combat Vehicle-Light unmanned ground vehicle prototypes, or RCV-Ls, ahead of schedule. American firm Pratt Miller, which is working on the RCV-L program with U.K.-headquartered defense contractor QinetiQ, released a picture of the vehicles sporting red bows just like you'd see in any holiday car commercial.

The Army had announced that Pratt Miller and QinetiQ's Expeditionary Modular Autonomous Vehicle (EMAV) was the winning RCV-L submission in January. The two companies were initially awarded a contract to deliver a total of four prototypes for further development and testing. The service's Combat Capabilities Development Command (CCDC) Ground Vehicle Systems Center (GVSC) received the first example in November and the second one earlier this month. The RCV-L effort is one part of a broader Army push to acquire multiple tiers of unmanned vehicles, as well as aerial drones, to support various types of units.

"We are proud to deliver the first Robotic Combat Vehicle to the U.S. Army," Laurent Lannibois, QinetiQ's RCV Program Manager, said in a statement in November. "This delivery will provide the Army with an unmanned vehicle ready for integration into ground combat operations."

"This is an important step forward for the RCV enterprise and, more importantly, for our Soldiers," U.S. Army Brigadier General Ross Coffman, the director of the service's Next Generation Combat Vehicles Cross Functional Team, added at the time. "We look forward to getting this prototype into the hands of our Soldiers and getting their feedback on how we can best utilize Robotic Combat Vehicles in defense of our great nation."

Pratt Miller and QinetiQ's design is a small tracked vehicle that weighs in at around seven tons in its base configuration. The Army's required the RCV-L contenders to be under 10 tons.

The EMAV is a hybrid-electric design, which promises to offer better fuel economy over vehicles powered by more traditional engines, as well as a reduced acoustic signature when operating in the electric mode. Reducing fuel demands for Army units, in general, is an increasing area of interest for the service.

It also uses so-called "rubber band tracks," which are single-piece rubberized units. These offer a variety of benefits over typical tracks made of up individual metallic links, including improved all-terrain mobility, higher running speeds, and just being quieter while on the move. Pratt Miller says that the EMAV can reach speeds up to 30 miles per hour.

As it stands now, the vehicle is capable of operating under the direct control of a human operator or in certain semi-autonomous modes, such as driving along a pre-planned route. The Army's goal is to improve the semi-autonomous functionality of these vehicles as time goes on and potentially even add fully autonomous capabilities.

The stated primary mission for the RCV-L is to be an unmanned reconnaissance vehicle, intended to scout ahead of Army units. The service also wants it to be "attritable," meaning that it is low cost enough that it could be employed on riskier operations where there is an increased possibility that it could be destroyed, which would preclude the use of a higher-end platform.

As such, the vehicle's current standard configuration includes a version of the M153 Common Remotely Operated Weapon Station II (CROWS II), which a soldier would operate. The M153 can be equipped with various kinds of weapons, including a .50 caliber M2 machine gun or a 40mm Mk 19 Mod 3 automatic grenade launcher. A subvariant, known as CROWS-J, adds in a Javelin anti-tank missile launcher. CROWS II also has electro-optical and infrared cameras, allowing it to function as a reconnaissance and surveillance system.

However, from the very beginning, the EMAV was designed to be modular and it has a flat deck on top that can accommodate various payloads weighing up to 7,000 pounds in total. In demonstrations for the Army, as well as the U.S. Marine Corps, Pratt Miller and QinetiQ have shown versions of the vehicle equipped with an electronically 'tethered' quad-copter-type drone, offering an elevated sensor platform, as well as launchers for rockets and smoke grenades. There has been discussion of adding electronic warfare and counter-drone systems, which could include directed energy weapons, to the RCV-Ls in the future, as well.

The RCV-L is one of three RCV types the Army is looking to acquire in the coming years. In January, the service also selected the M5 Ripsaw from Howe and Howe Technologies, a division of Textron, as the winner for the RCV-Medium (RCV-M) competition. The RCV-M is meant to be a larger, more capable, and more durable companion to the RCV-L. The M5, which you can read about in more detail in this past War Zone piece, has the visual appearance of a miniature tank and its primary armament is a turreted 30mm automatic cannon.

The Army has yet to pick a design to meet its requirements for the RCV-Heavy (RCV-H), which it envisions as a much more robust unmanned light tank with an overall weight of between 20 to 30 tons. The RCV-H would not be intended to be attritable to any degree and would have sufficiently heavy armament to directly take on enemy armored vehicles and other similarly serious threats.

"The RCV-heavy is arguably the hardest problem to solve," Army Major Cory Wallace, the Robotic Combat Vehicle Requirements Developer for the service's Next-Generation Combat Vehicle Cross-Functional Team, told National Defense magazine earlier this year. “For example, if it’s going to be a decisive lethality wingman, it needs to be able to fight as well as a manned tank crew. So how do we make a turret that has the same kind of lethality on a platform that a tank has, but has an autoloader that can load rounds just as fast as a human tank crew?”

The RCV family is only one component of a broader push to integrated unmanned systems across the service. Last year, the Army selected General Dynamics Land Systems' Multi-Utility Tactical Transport (MUTT) as the winner of a competition to supply unmanned ground vehicles to support squad-level operations. Textron, which had submitted a design via Howe and Howe, subsequently protested that award, prompting the Army to scrap the contract with General Dynamics and reboot the competition entirely.

“I think in 10 years much of the battlefield, if not all of the battlefield, will be comprised of RCV-type vehicles that allow the soldier to create that standoff and still maintain a sense of lethality but at reduced risk to them,” Mike Howe, Senior Vice President of Howe and Howe, said in an interview with National Defense earlier in the year. “It’s 100 percent the future of the U.S. Army as well as all the armed forces.”

In 2019, the Army also announced plans to give various smaller units tiny Black Hornet nano drones, which you can read about in more detail in this past War Zone piece. The service is also pushing ahead with expanding its larger unmanned aircraft capabilities, as well.

The Army's early Christmas gift of the last two RCV-L prototypes are just the latest example of how the service is steadily pushing further and further ahead toward its unmanned future. 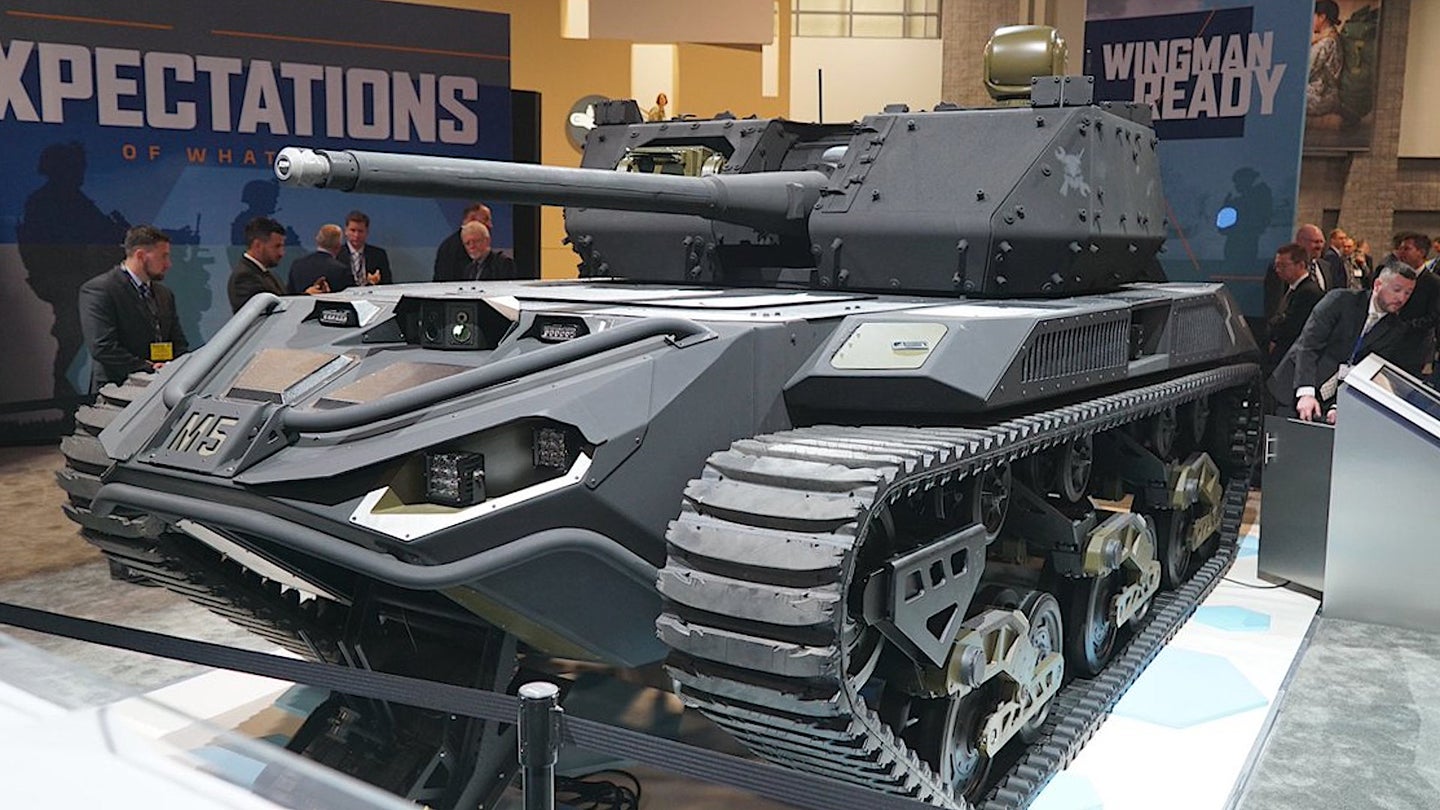 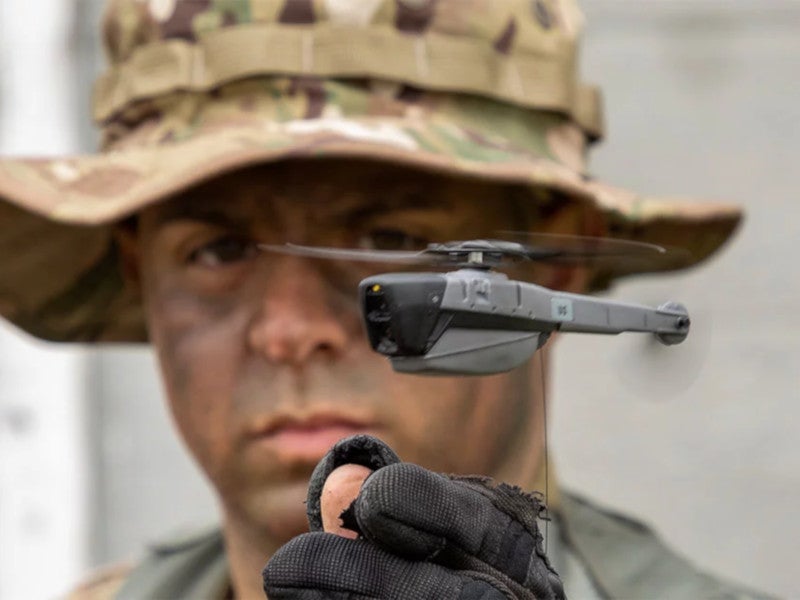 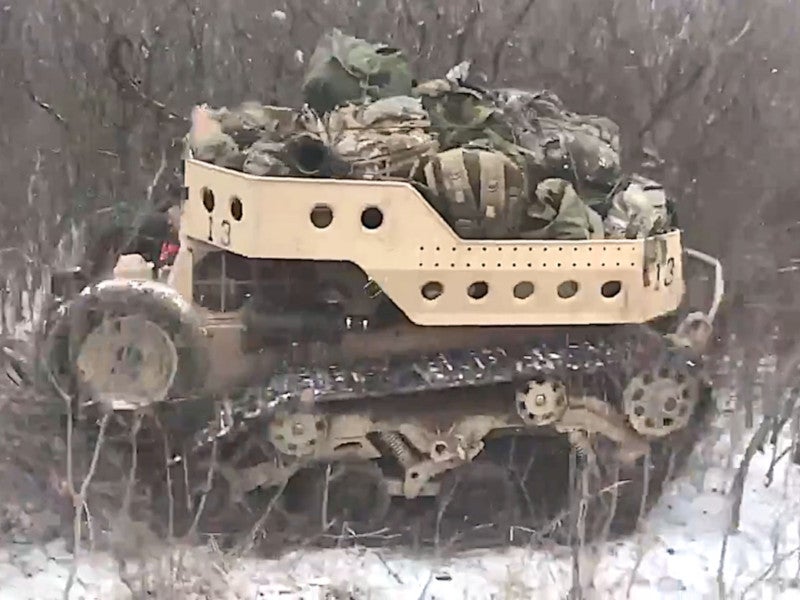 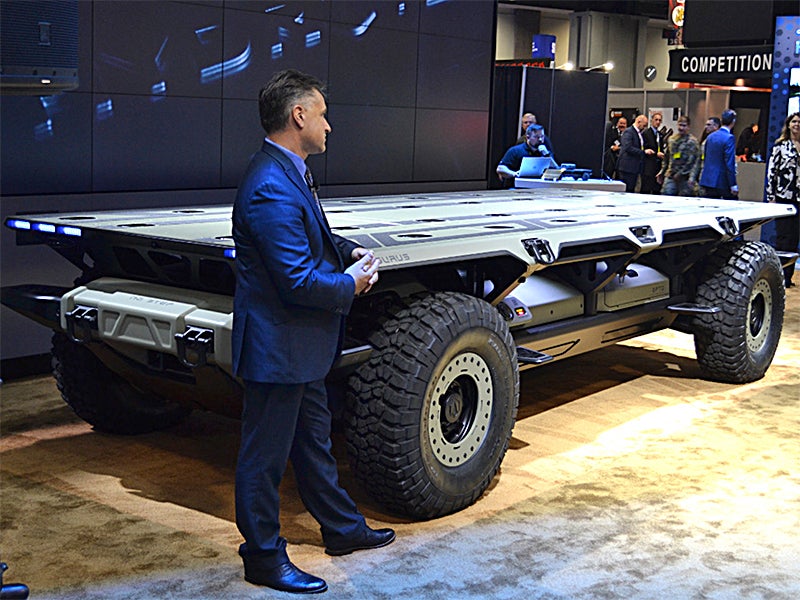