The Russian and Chinese air forces took part in the second round of joint maneuvers over the tense waters of the Sea of Japan. 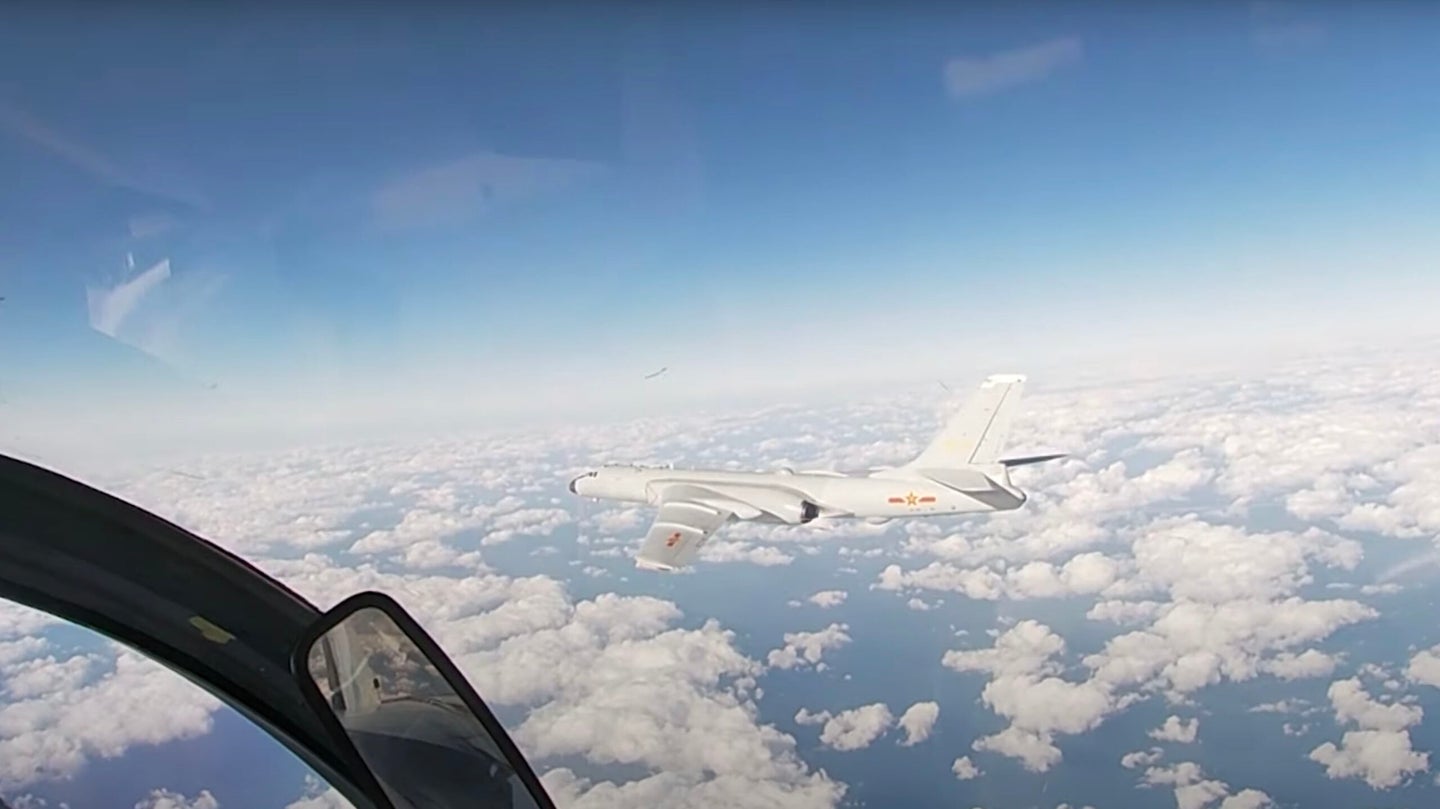 Russian and Chinese strategic bombers flew together today over the East China Sea and the Sea of Japan. According to Seoul, the bombers entered its air defense identification zone, prompting South Korean fighter jets to be scrambled in response. This is the second in what seems to be a planned series of Sino-Russian maneuvers that began last year and which The War Zone

The Russian Ministry of Defense announced that today’s pre-planned drills were “the second joint air patrol in the Asia-Pacific region” by the Russian and Chinese air forces and released a video showing some of the aircraft involved. The footage showed both Russian Aerospace Forces, or VKS, Tu-95MS Bear-H, and People’s Liberation Army Air Force (PLAAF) H-6K Badger bombers, as well as VKS Su-35S Flanker fighter escorts.

This seems to have been only a portion of the aircraft involved in the exercise, however, with South Korea’s Joint Chiefs of Staff (JCS) reporting that a total of 15 Russian and four Chinese military aircraft entered its air defense identification zone, known as the KADIZ, on December 22. Official Russian sources only mention the participation of two Tu-95MS and four H-6K bombers, examples of which are also seen in the Russian Ministry of Defense video, which you can watch here:

The incursion led to the Republic of Korea Air Force (ROKAF) launching fighter jets, likely F-15Ks and/or F-16s, to intercept the intruders. The South Korean Joint Chiefs of Staff said that the Chinese aircraft were first to enter the KADIZ, followed by their Russian counterparts. Some accounts indicate that a VKS A-50 Mainstay airborne early warning and control (AEW&C) aircraft was also involved, presumably to coordinate the maneuvers and monitor the ROKAF’s response.

The ROKAF fighters undertook undisclosed “tactical measures,” according to Seoul. This could imply that warning shots were fired, as they were in the Sino-Russian maneuvers last year, and which would represent a serious escalation, but it could equally refer to anything from simply escorting the Russian and Chinese aircraft to launching infrared flares as a warning.

The South Korean military also said that it had been expecting that the PLAAF aircraft, at least, would be conducting maneuvers in the region, after Beijing had informed Seoul of the planned “routine training.”

According to South Korea’s Yonhap news agency, quoted by Reuters, the South Korean foreign ministry contacted Beijing and Moscow in the wake of the incident and “told them there should not be a recurrence.”

The Russian Ministry of Defense put out an official statement relating to today’s flight, stating that “the aircraft of both countries [China and Russia] acted strictly in accordance with the provisions of international law. The airspace of foreign states was not violated.”

“The joint patrolling was carried out with the aim of deepening and developing the Russian-Chinese relations of comprehensive partnership, further increasing the level of interaction between the armed forces of the two countries, improving their capabilities to conduct joint actions, as well as strengthening global strategic stability,” the Russian Ministry of Defense added.

The first of these Sino-Russian drills took place in the same region in July of last year and led to ROKAF jets reportedly firing warning shots when a Russian aircraft entered Korean airspace. At the time, South Korea said this was the first time a foreign aircraft to have violated its national airspace since the end of the Korean War.

The July 2019 incident saw fighters scrambled by both South Korea and Japan, both countries accusing Russia and China of violating their airspace. Russia and China denied these claims, while Moscow argued that no shots had been fired at all and, instead, said that flares had been launched, which they then ignored because it was their view they were in international airspace.

Back in 2019, it was anticipated that there would be more Sino-Russian aerial maneuvers over the Sea of Japan as those two countries seek to demonstrate their potential for military collaboration in the region.

The Sea of Japan is the scene of different disputes relating to conflicting air defense identification zones, small islands, fishing rights, and even nomenclature. South Korea claims that the area of water should be known as the East Sea, rather than the politically contentious Sea of Japan.

These same waters also contain the disputed islets known to South Korea as Dokdo, and to Japan as Takeshima, which are administrated by Seoul. It was around these small islands that a single Russian aircraft reportedly penetrated South Korean airspace in July 2019, although Russia denied this, saying its aircraft remained at least 15 miles from the islets.

There are also points of conflict in the air over the Sea of Japan, where Russia has said it doesn’t recognize South Korea’s KADIZ air defense identification zone.

The latest incident comes as China continues to embark on regular aerial and naval activity in the Pacific region, demonstrating its increasing ability to project power beyond the mainland. In recent years, Russia has also increased its own routine, long-distance aerial patrols in the Pacific, including off the coast of the United States. Today’s mission should also be seen in the context of the expanding military-to-military ties between Russia and China.

With that in mind, the joint air patrol reinforces the fact both Russia and China are increasingly willing to assert their respective authorities in the region as well as their ability to potentially challenge South Korean and Japanese claims to airspace and maritime zones.

The Japanese Ministry of Defense has now issued its own statement regarding the Sino-Russian bomber mission, saying that it scrambled unspecified fighter jets to intercept the aircraft. The official press release only mentioned the two Russian Tu-95s and the four Chinese H-6s. In addition to pictures of the bombers, a map was also included that shows the flight paths of these aircraft, indicating that one pair of H-6s effectively took over from the other around halfway through.