Canada’s four Victoria class submarines have been plagued with problems and haven’t gone on an operational cruise in two years.

The Royal Canadian Navy's Victoria class diesel-electric submarine HMCS Corner Brook will be out of commission until at least next summer after a recent leak caused damage to the boat, which has already been undergoing maintenance for some six years. The plight of the Corner Brook in many ways reflects the at best disappointing service career of all four of the Victorias, which Canada first agreed to acquire second-hand from the United Kingdom more than two decades ago and that have spent far more time laid up than at sea.

The Canadian Department of Defense confirmed the leak aboard Corner Brook, which is presently at Victoria Shipyards in British Columbia, on Dec. 21, 2020. The incident occurred during a test back in March by personnel from Babcock Canada, which has been under contract to support the Victoria class submarines since 2008.

"During the test, the normal procedure for draining the tank was not followed and a leak was subsequently discovered," Jessica Lamirande, a spokesperson for the Canadian Department of Defense, told The Canadian Press.

“The tank was immediately depressurized and further testing was put on hold pending an investigation,” Lamirande said in a separate statement to CTV News. "Babcock Canada Inc. conducted an internal investigation to determine the root causes of the incident, modified its procedural controls, and has since resumed tank pressure testing."

As it stands now, the Corner Brook isn't scheduled to return to service until at least June 2021. This is more than a year longer than the submarine's overhaul, which began in 2014, was originally supposed to take.

The boat had already been largely out of commission after hitting the seabed off in the Nootka Sound during an exercise off Vancouver Island in the Pacific Ocean in 2011. An official inquiry subsequently blamed the incident on human error and there were concerns that the accident might have damaged the submarine's pressure hull beyond repair.

In April 2019, a fire also broke out on Corner Brook as it continued to undergo maintenance at Victoria Shipyards, but it was thankfully extinguished quickly.

Unfortunately, as particularly hapless as Corner Brook is, the state of the other Royal Canadian Navy's other three Victoria class boats, the only submarines presently in Canadian service, already woefully small number for a major navy, is not much better. Their entire history has been an outright saga.

The U.K. Royal Navy had first commissioned all four of these boats between 1990 and 1993, but retired them in 1994 after it was decided that the service would shift to only operating nuclear-powered types. U.K. authorities had also tried, unsuccessfully, to sell them to Pakistan.

The United Kingdom agreed to transfer the submarines, then known as the Upholder class, to Canada as part of a lease-to-buy plan in 1998. Under the deal, Canadian authorities would pay $427 million for the boats over eight years, at which point the U.K. government would officially sell them for exactly one British pound. The arrangement was also tied to a tangential agreement for the U.K. armed forces to retain access to various Canadian military bases.

The first boat, the ex-HMS Unseen, subsequently renamed HMCS Victoria, was formally commissioned in the Royal Canadian Navy in 2000. The ex-HMS Unicorn and ex-HMS Ursula, which became the HMCS Windsor and HMCS Corner Brook, respectively, followed in 2003.

The last boat, the ex-HMS Upholder, which would become the HMCS Chicoutimi, caught fire after seawater entered the conning tower while sailing from the United Kingdom to Canada in 2004. A Canadian sailor died and eight more suffered injuries in the accident. A heavy-lift vessel eventually brought the stricken submarine to Canada in 2005 and authorities in that country finally decided to repair it in 2009. Ultimately, it was not formally commissioned into Canadian Navy service until 2015.

The Canadian acquisition plan also included major overhauls and refits for all four boats, which had been in mothballs for years before the purchase, at the cost of an additional $98 million in total. In the process, the boats lost their ability to fire Harpoon anti-ship missiles from their six torpedo tubes, as well as their mine-laying capabilities. They did gain a new Lockheed Martin Librascope submarine fire-control system, enabling them to employ the U.S.-designed Mk 48 Mod 4 heavyweight torpedo.

Those refits, as well as subsequent maintenance availabilities, have been beset by their own issues. A dent was found in Victoria's hull in 2000, which prevented the submarine from actually entering service for three years. That same submarine also suffered "catastrophic damage" to its electrical system when Royal Canadian Navy personnel attempted to install a more modern generator in 2006.

There have been a host of other issues, including the discovery of dangerous sub-standard welds across all four boats, that plagued the class over the years.

Victoria ultimately spent just 115 days at sea between 2000 and 2010. Corner Brook had only 81 days of sailing time between 2006 and 2008. By all accounts, all four Victoria class submarines have seen relatively limited use in the past two decades.

To date, Chicoutimi holds the record for the longest cruise of any of these boats in Canadian service at 197 consecutive days, or around six months, a journey it completed in 2018. The next year, none of the Victoria class submarines made it out to sea, with all of them being in various stages of further maintenance.

The plan had been to have all but the Corner Brook back in service again this year, but this was upended in part by the COVID-19 pandemic. In September, Victoria finally returned to the fleet, but at the time of writing it is still undergoing its post-maintenance shakedown. Windsor is presently scheduled to return to service early next year, but it's unclear when work on Chicoutimi will be completed.

The entire future of the Victoria class submarines is very much up in the air. HMCS Victoria is set to reach the end of its stated operational lifespan in 2022 and the other boats could follow soon after. Since 2017, the Canadian government has stated that it plans to conduct a major life-extension program for these submarines, but has not yet formally authorized it. The cost of that project, which would keep the boats sailing into the late 2030s or early 2040s, is estimated to be around two billion Canadian dollars, or around $1.5 billion at the present rate of exchange.

"While chronologically 20 years older, they have not been operated extensively during that time," one 2016 briefing on the then-proposed life-extension plan reportedly said. The suggestion here is that the fact that the Victoria class submarines have been pierside for decades, collectively, would make it easier to keep them in service beyond their original out-of-service date.

At the same time, "while it is considered unrealistic to predict the material state of 40-year-old platforms, 20 years into the future, certain items such as the pressure hull and main motor will require additional monitoring and maintenance above the current regime, since unpredicted degradation in such areas may not be cost effective to repair and mitigate," that same briefing warned.

Given the Victoria class's history, so far, it's not at all clear what kind of operational utility the boats really offer the Canadian Navy, no matter how easy or hard it may be to technically keep them in service for another two decades or so. The Canadian government has already spent more than a billion dollars in the past 20 years to keep them running at all. There have been, unsurprisingly, calls to pursue the acquisition of new submarines.

All of this comes at a time when the Royal Canadian Navy is looking to modernize and improve its overall capabilities, both when operating independently and together with its allies and partners, especially fellow members of NATO. That Alliance is particularly attuned to an uptick in Russian submarine activity and the potential threats that poses, which has led to a renewed focus among its members on submarine and anti-submarine warfare. Canada also has national security interests in the Pacific, where Chinese naval capabilities, above and below the waves, are notably growing, as well as in the increasingly strategic Arctic region.

Canada is already in the process of acquiring a new, highly capable class of guided-missile frigates that will significantly increase the country's naval power projection capabilities, as we at The War Zone have previously discussed. However, submarines are unique valuable assets for any modern navy, presenting entirely different kinds of challenges for potential opponents compared to surface warships and also having inherent capabilities to act as discreet intelligence, surveillance, and reconnaissance platforms.

The Royal Canadian Navy definitely has a need for submarines, but attempting to keep the Victoria class operating in some fashion for years to come, after they have already spent most of the careers in various states of disrepair pierside, would seem to present increasingly diminishing returns. 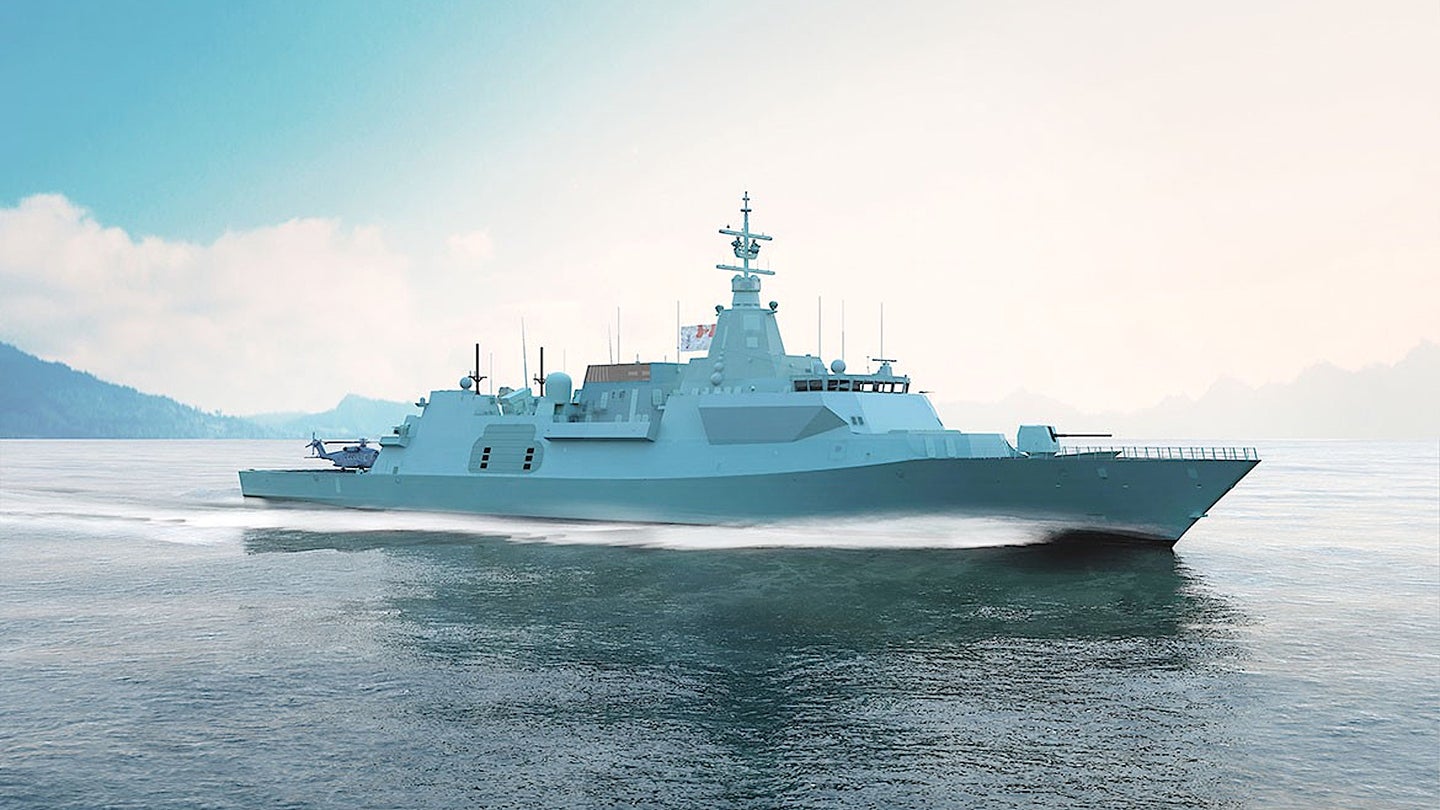 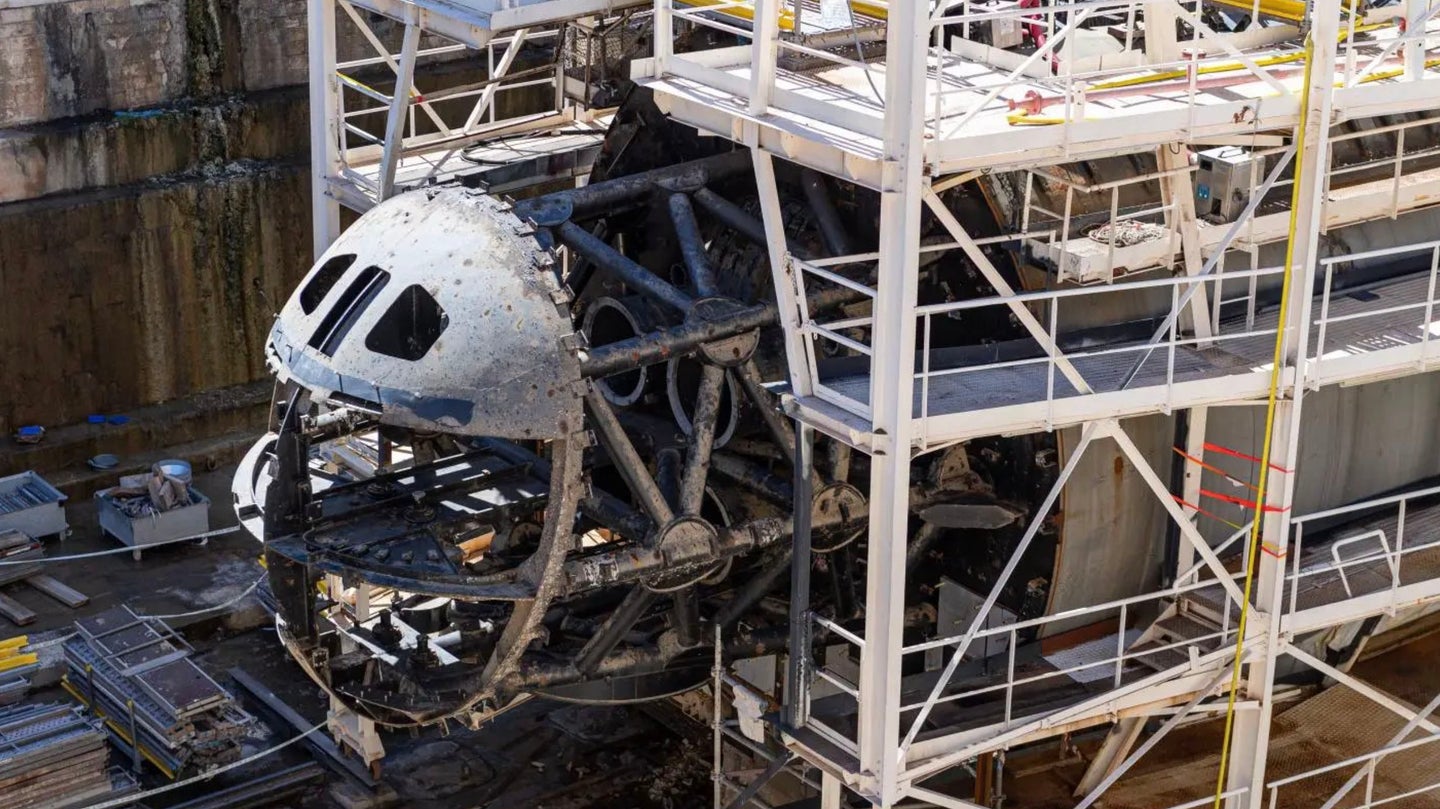 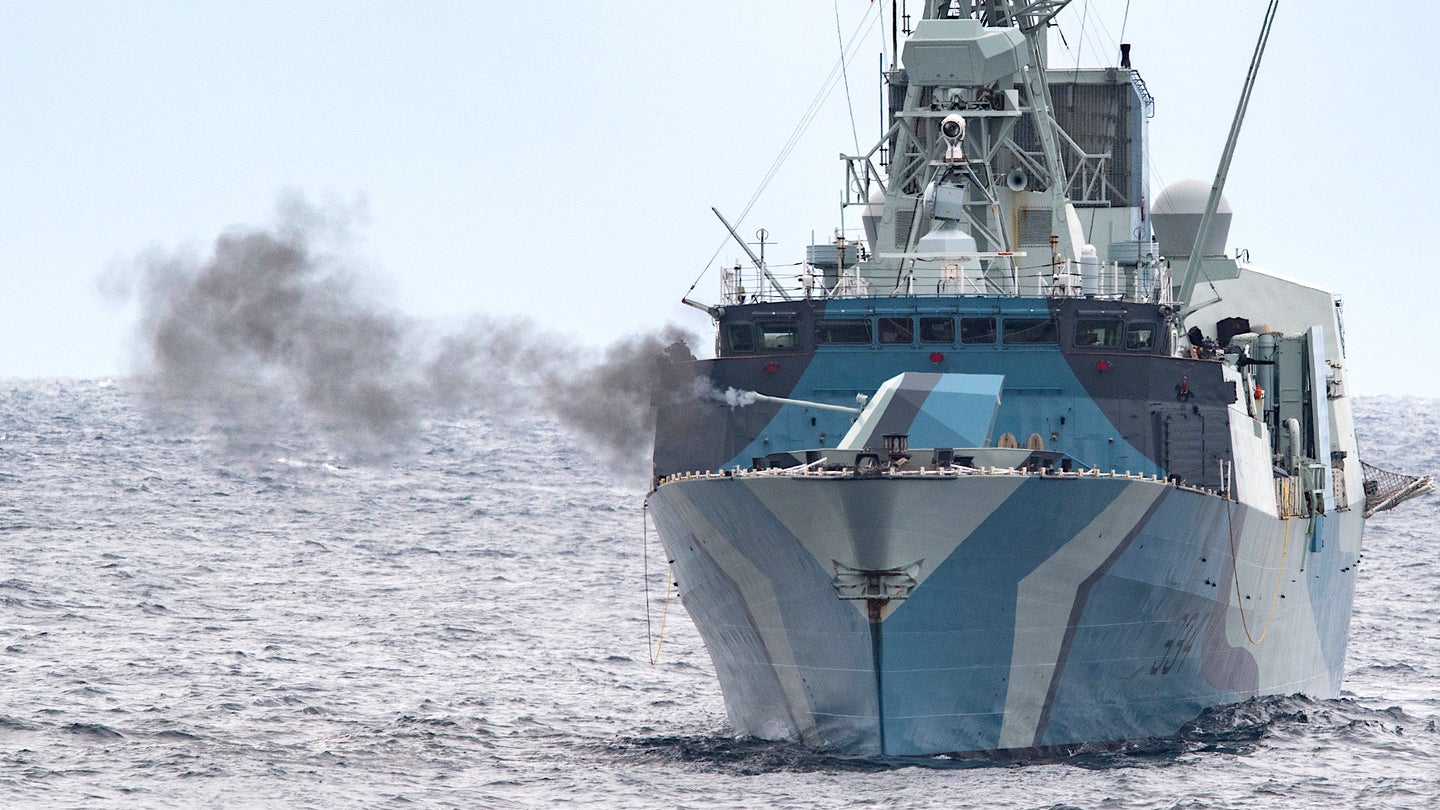