Lockheed Martin has developed a four-round launcher for its new AGM-179A Joint Air-to-Ground Missile, or JAGM, that is designed to be readily installed on warships, including relatively small patrol boats, as well as ground vehicles. This opens up entirely new possibilities for JAGM, which was initially developed primarily as an air-launched anti-tank weapon, in the surface-to-surface role.

The JAGM Quad Launcher (JQL) leverages technology from Lockheed Martin's existing Vertical Launch System (VLS) designs, which include the popular Mk 41 VLS found on numerous warships in the U.S. Navy and other navies around the world. It also uses the same Launcher Electronics Assembly (LEA) from the M299 launcher, a four-rail design for helicopters most commonly associated with the AH-64 Apache. All of this combined with an open-architecture Launcher Management Assembly (LMA) designed to help speed up the integration of updated hardware and software as time goes on to improve the JQL's capabilities and add new functionality.

The JQL comes in two basic configurations, both of which are seen in the rendering above, one designed for installation on ships below deck like a traditional VLS and another one intended to be fitted on top of the decks of ships or on ground vehicles. "JQL’s LEA/LMA launch control system can be integrated with local and remote weapon control systems using wired and wireless interfaces," a product brochure from Lockheed Martin's says.

Both designs have what might appear at first glance to be a fifth launch tube, but which is actually an exhaust that diverts the blast of the missiles firing upward, keeping the overall height of the launcher to a minimum. The below deck design features a hatch-type lid to help keep water out of the launcher. The other version simply has covers over each launch tube and the exhaust that break away when the missiles are launched.

The exact physical space and power requirements needed for JQL installation are not clear, but Lockheed Martin's promotional literature shows a rendering of two of the launchers on the back of a 4x4 Joint Light Tactical Vehicle (JLTV) truck. Renderings of two other example installations are shown, as well. One of these depicts four JQLs mounted on top of the pilothouse of one of the Navy's new Mk VI patrol boats, while the other is has three of the below deck launchers fitted next to an eight-cell Mk 41 VLS array on the bow of a Multi-Mission Surface Combatant (MMSC), between the forecastle and its main gun. The MMSC is an enlarged derivative of the Freedom class Littoral Combat Ship (LCS) that Lockheed Martin designed for the Navy, the first customer for which is Saudi Arabia.

If the JQL is as relatively easy to add to various platforms as it appears from these configurations, it could offer a significant boost in firepower for relatively small ships and vehicles when combined with the capabilities of the JAGM. This missile takes the rear portions of an AGM-114R Hellfire II missile and adds in a new, multi-mode seeker.

Most existing Hellfire II missiles use semi-active laser homing to zero in on their targets. This is where an operator in the air, at sea, or on the ground must 'lase' a target with a laser in order for the missile to strike it. There is also the AGM-114L Longbow Hellfire variant that uses a millimeter-wave radar seeker. JAGM's seeker can use both or either method depending on what the crew of the platform firing it feels is best for engaging the target at hand, which may be in motion. The missile can also use both modes at once, finding the target via laser designation and then homing in on it using the millimeter-wave radar, as well. This is especially useful if the laser beam were momentarily obscured by atmospheric conditions or were to otherwise break off during the terminal portion of an attack. Using the MMW seeker, the missile can in most cases still hit its target.

Having both options available also gives the weapon an all-weather capability, as clouds, as well as smoke and other obsurants, can make lasing a target impossible. The millimeter-wave radar seeker allows the weapon to be cued to the general target area and use a lock-on-after-launch capability to find it and home in on it.

For larger ships, arrays of JQLs could provide an additional layer of close-in defense against swarms of small watercraft or unmanned, explosive-laden suicide boats. The U.S. Navy has been working on integrating the AGM-114L onto some of its LCSs using a vertical launch system for exactly this purpose, an effort that would seem to be somewhat out of date now given the arrival of the more capable JAGM missile. The availability of a JQL variant that can be readily installed above deck means that this kind of protection could be rapidly added to a wide array of naval vessels, including support types that generally have very limited, if any armament, such as fleet oilers and roll-on/roll-off cargo ships.

Naval vessels, including smaller patrol boats, such as the Mk VI example in Lockheed Martin's brochure, could also make good use of these missiles against other small watercraft, amphibious landing craft, and other similarly sized threats. The exact range of the JAGM in a surface-launched configuration is unknown, but if it is anywhere near the missile's reported maximum range of around five miles when air-launched, it is possible that naval vessels could engage targets on land close to shore, as well.

At the same time, it's interesting to note that the small AGM-176 Griffin missile, which the U.S. Navy's Cyclone class patrol craft are presently armed with, also has a reported range of five miles when launched from the surface, though they pack a smaller warhead then JAGM.

In a ground-launched configuration, JQLs could give lighter units on land an important weapon for engaging heavily armored vehicles, strong points, and other better-protected targets. Like Hellfire, JAGM also has a pop-up flight profile, meaning that it could be used against softer targets hiding behind hard cover, such as high walls or rocky outcroppings, as well. This capability could be particularly valuable during operations in dense urban areas, an environment the U.S. military, among others, sees itself increasingly likely to be fighting in as time goes on.

If a single JLTV can carry eight JAGMs loaded in two JQLs. That is a lot of instantly on-demand firepower. Having multiple vehicles in this configuration would give troops the ability to rapidly engage a large number of targets at once. This could make it especially attractive to the U.S. Army and U.S. Marine Corps, both of which operate JLTVs and are acquiring JAGMs already for their helicopters and other aerial platforms. If the launcher is capable of being install on this light tactical vehicle, one would imagine that a larger array of JQLs could fit on the back of standard two-and-a-half-ton and five-ton cargo trucks for even more firepower.

In both sea and ground-based applications for the JQL, there is a question of targeting. Larger ships would likely have the organic sensors, such as a radar, to spot and track targets at appreciable ranges, as well as potentially designate them with a laser, when it makes sense, to make the most use of the JAGM's dual-mode seeker. However, smaller boats and ground vehicles would likely need to be networked together with other assets to provide critical targeting information, such as drones, helicopters, and fixed-wing aircraft, or deploy an elevated sensor themselves. Otherwise, they would be limited to laser-designating targets one at a time, and all within line of sight.

There is also the possibility that Lockheed Martin could develop a variant of the JAGM, or an entirely new missile of similar dimensions, that acts more as a kind of loitering munition, with man-in-the-loop targeting capability, such as that found on the Spike Non-Line-Of-Sight (NLOS) missile from Israel's Rafael. That weapon has the ability to fired at a specific area and then be manually steered onto the target by an operator who is seeing what the missile sees via a feed from an infrared camera in its nose. These weapons can be used to reconnoiter their targets before striking them, as well. Azerbaijan used Spike NLOS in this way to great effect during its recent conflict with Armenia, as seen in the video below.

It is worth noting that Lockheed Martin did also demonstrate an imaging infrared seeker capability for JAGM during testing, though the initial AGM-179A variant does not feature that capability. There have also been plans in the past for follow-on versions of the missile with a tri-mode seeker, as well as extended range and other improved capabilities.

It's also interesting to point out that the U.S. Army had actually previously planned to acquire a somewhat similar capability, in the form of the XM501 Non-Line-of-Sight Launch System (NLOS-LS), as part of the abortive Future Combat Systems (FCS) program, which was canceled in 2009. In tests, the XM501, which was made up of Container Launch Units (CLU), each designed to hold 15 small missiles, together with a fire control system, was installed on a 6x6 Family of Medium Tactical Vehicles (FMTV) cargo truck. There were also plans to add the XM501 to the Navy's LCSs, which has now been superseded by the aforementioned AGM-114L launch system. It is important to note that the missiles intended to go into the NLOS-LS had much greater range than Hellfire or JAGM and included a type capable of operating as a loitering munition similar to Spike-NLOS.

The JQL concept is also similar in some ways to work that European missile consortium MBDA is doing to develop a variety of ground, as well as sea-based, launcher options for its Brimstone missile. Brimstone looks very much like Hellfire and JAGM, visually, and also has a dual-mode laser and millimeter-wave radar seeker.

All told the JQL seems to make incredible sense as a way to quickly add the JAGM missile to a wide array of new launch platforms at sea and on the ground. As the battlespace becomes increasingly networked, deploying these systems would give even diminutive vehicles brutally destructive capabilities with minimal modifications. Add a loitering munition option, and these mini-VLS modules could really increase lethality of even the lightest mechanized units on the modern battlefield.

Thanks to Naval News for bringing the JQL to our attention. 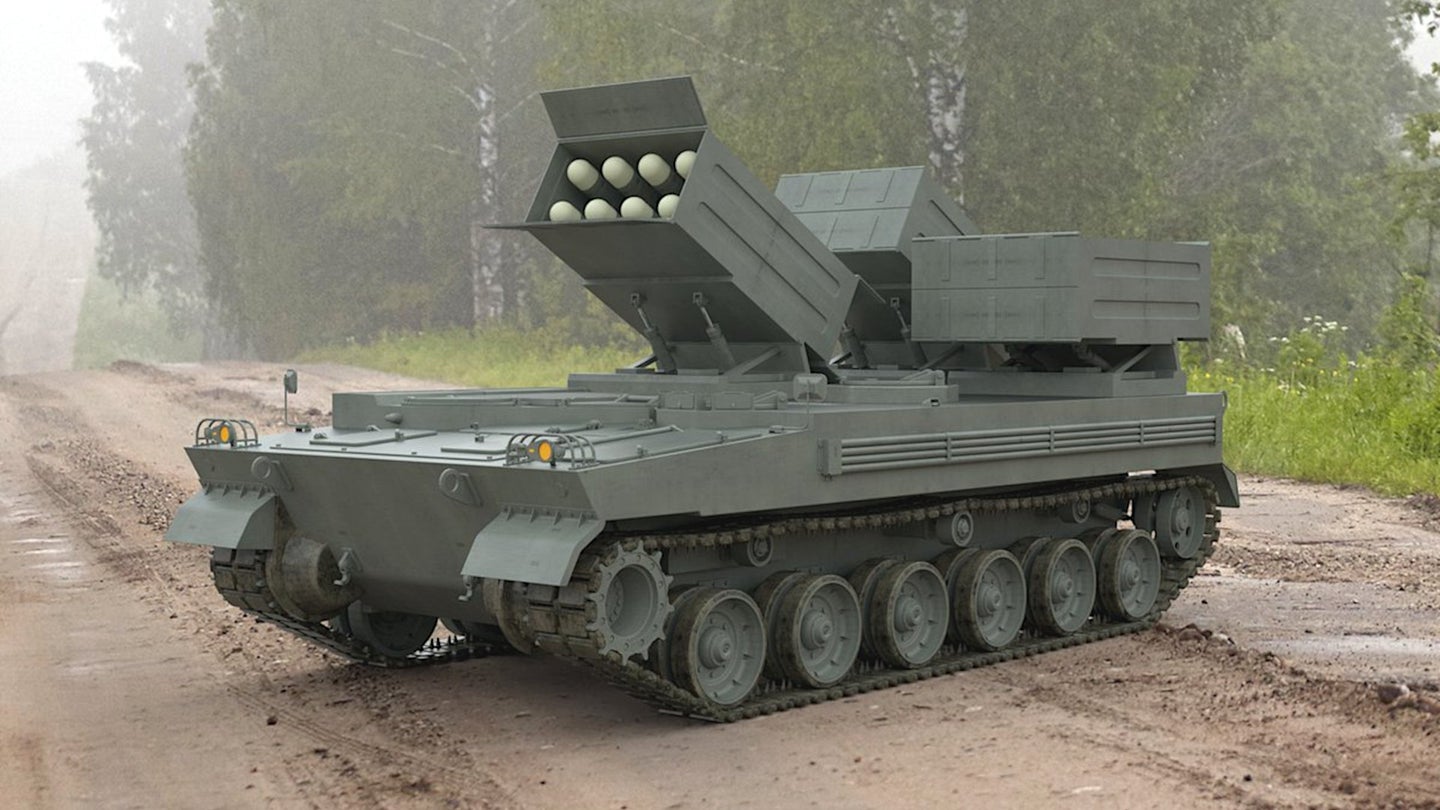 The two companies are vying for a Polish contract, but could also find success on the export market. 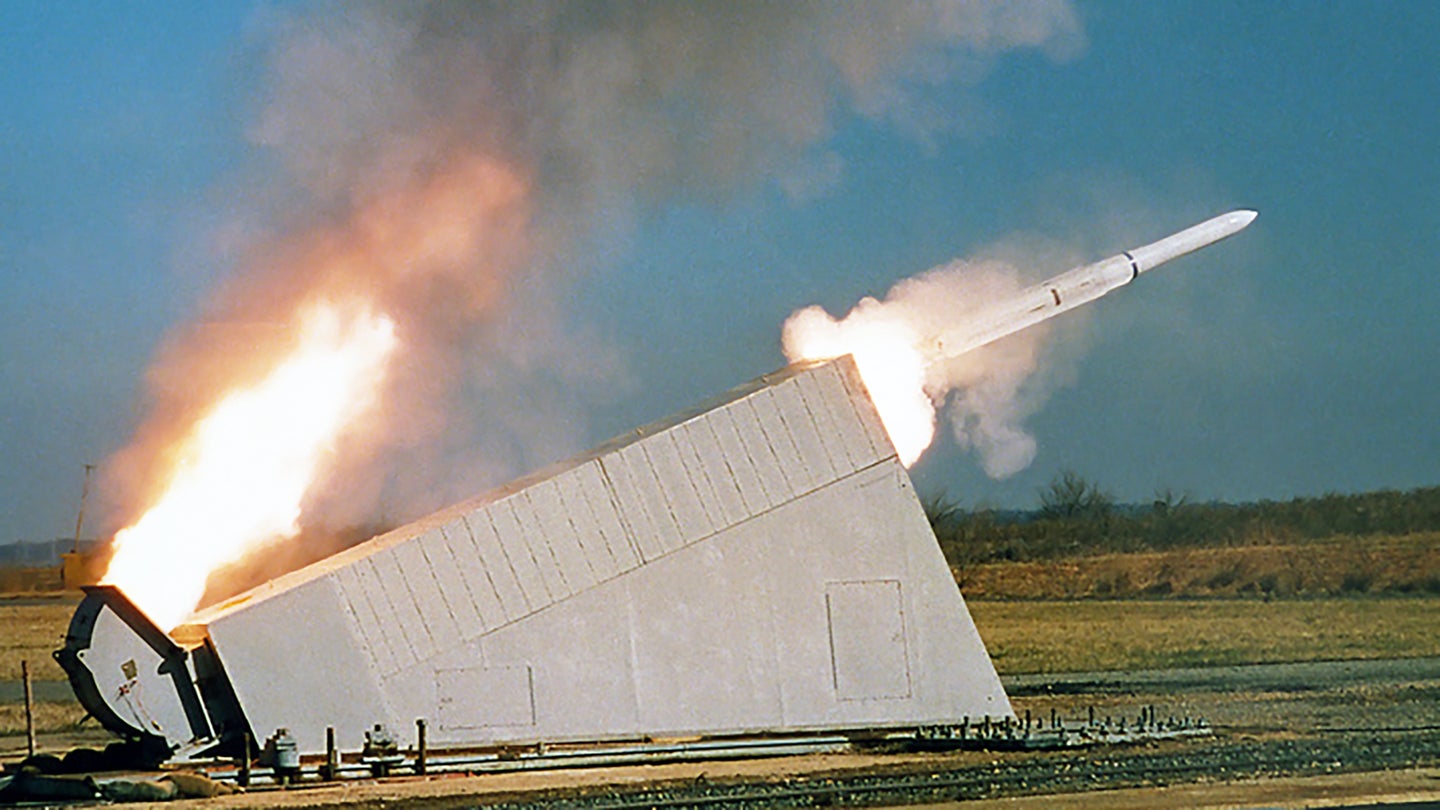 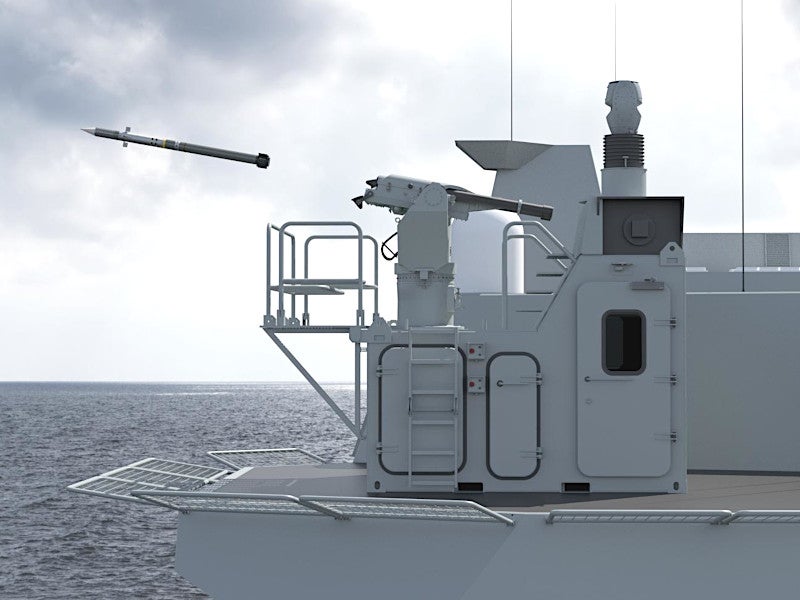