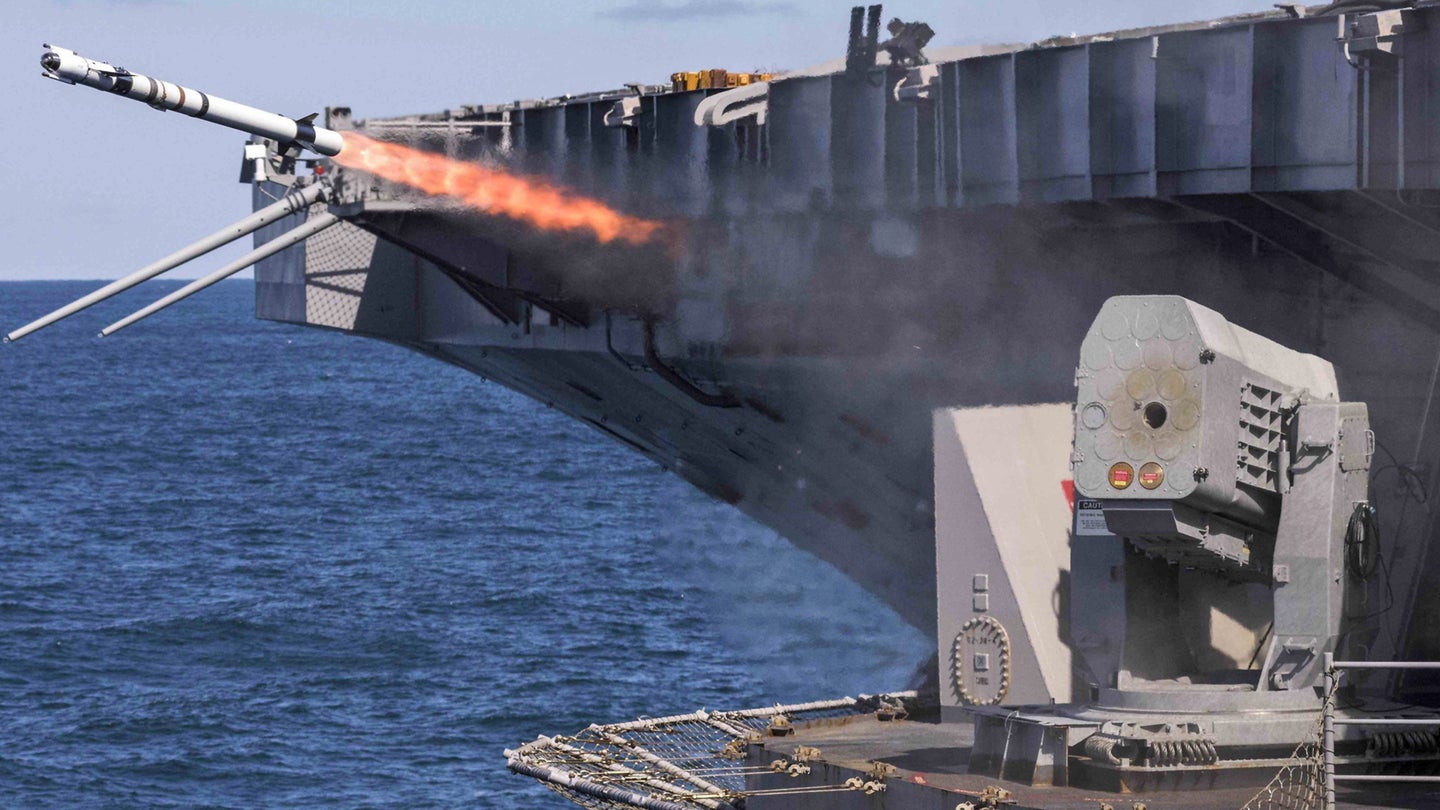 Many of America's warships set sail absolutely packed with missiles. A single Ticonderoga class guided-missile cruiser has 122 Mark 41 vertical launch system (VLS) cells, each of which can handle one of a wide array of individual missiles, or four Evolved Sea Sparrow Missiles (ESSMs). Even America's carriers are bristling with missile-based point defenses. While the capabilities the Navy's array of ship-launched missiles provides are fairly well known, at least conceptually, the staggering cost of each of these weapons is not. Now, just as we did with air-launched weapons and decoy flares, we aim to change that.

The War Zone has collected the latest unit costs of these weapons to give readers a sense of just how much it is spending to arm its fleet. It should be stressed that these are the prices for just the individual weapons and the figures do not factor in any future spending on support services, modifications, upgrades, or past spending on the weapons' development.

It's important to note that individual unit prices can vary from year to year due to a number of factors, including the economies of scale of placing larger or smaller orders. As such, the estimated price point for certain missiles may even be significantly different just between purchases made through the base budget and the supplemental Overseas Contingency Operations (OCO) budget.

What is presented below are the unit costs, rounded to the nearest dollar, that the Navy expects to pay for these weapons in the 2021 Fiscal Year as they appear in the official budget documents.

Some may be surprised, or even a bit mortified, at just how expensive some of these weapons are. The truth is that advanced naval warfare is a very costly endeavor, especially when it comes to defending one's fleet or destroying the enemy's fleet with guided missiles.

Author's note: The original version of this piece had an older figure for the unit cost for the SM-3 Block IIA, as it had appeared in the budget documents that purchases of these missiles stopped in the 2020 Fiscal Year. As it turns out, funding for these missiles was simply shifted to another portion of the budget. This piece has been updated with the unit cost for this weapon as of the 2021 Fiscal Year.