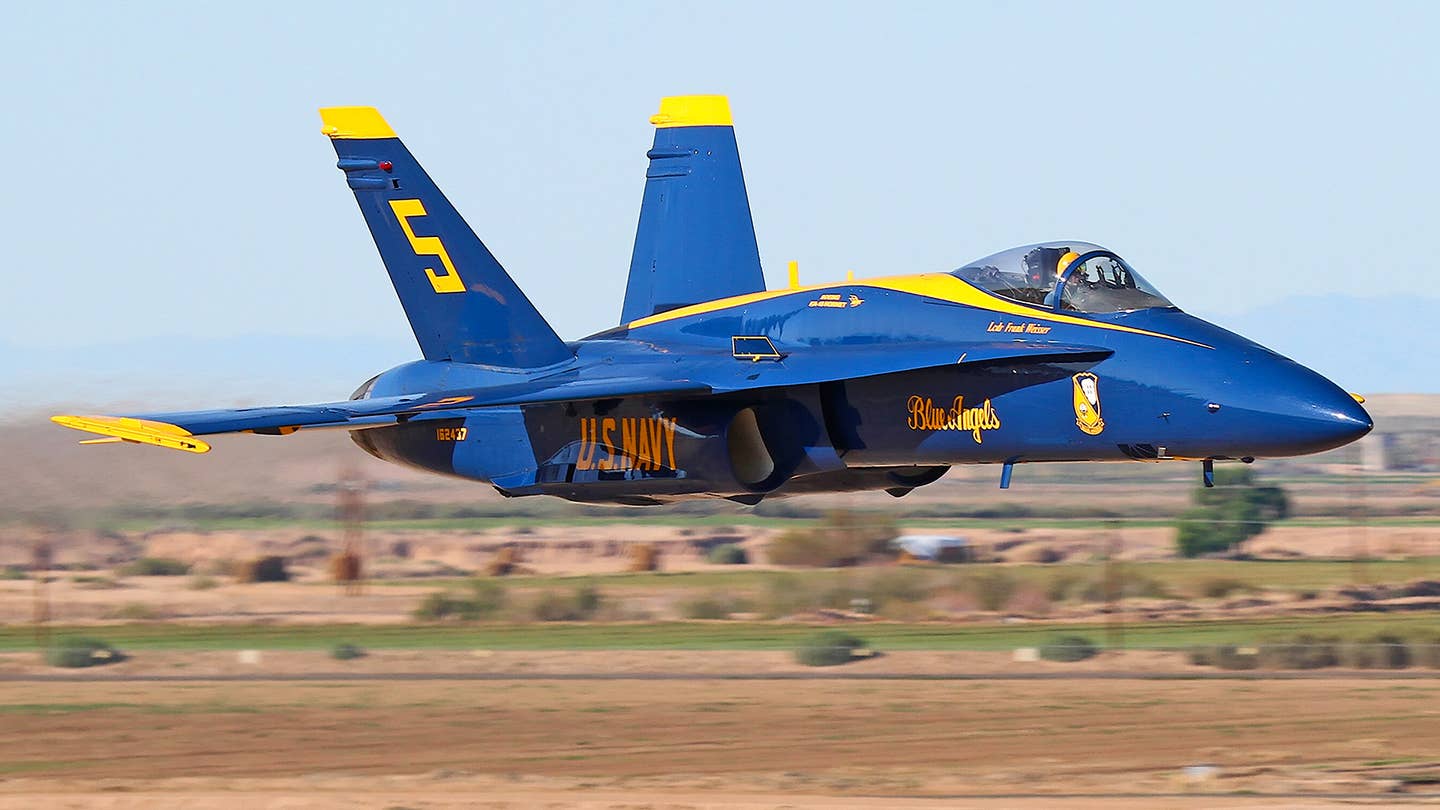 In a bizarre and tragic set of accidents, both the Navy and USAF flight demonstration teams have lost aircraft on the same day, just hours apart, in totally different locations and under different circumstances.

The Blue Angels were executing an afternoon practice session in preparation for the upcoming Great Tennessee Air Show when disaster struck. A massive fireball was photographed as a result of one of the team's F/A-18 Hornet’s impact with the ground. One fatality is reported although it is not confirmed if this was the pilot or a bystander. This year is the team's 70th anniversary.

The Thunderbirds crash occurred earlier in the day, shortly after the team made its annual flyover of the United States Air Force Academy in Colorado Springs, Colorado, for graduation. The event was attended by President Barack Obama.

The pilot of T-Bird #6, the opposing solo position, flown by Major Alex Turner, ejected from his F-16C safely, due to unknown circumstances. Oddly enough the jet is relatively intact and laying in a field.

We will keep you updated on this page as we learn more.

Update: 3:47PM PST- It has been confirmed by multiple outlets that Blue Angel #6, Captain Jeff Kuss, has died in the Tennessee crash. The last fatal Blue Angels crash was in South Carolina in 2007, when Lieutenant Commander Kevin "Kojak" Davis blacked out due to heavy G forces while attempting to rejoin the team in formation.