The story of how one of the U.S. Air Force’s prized F-117 Nighthawk stealth attack jets came to be shot down over Serbia during Operation Allied Force on March 27, 1999, is, by now, familiar. The loss of “Vega 31” and the subsequent recovery of pilot Lieutenant Colonel Dale Zelko is an episode that we have looked at in detail before at The War Zone. What’s less well known is that another F-117 was hit by a Serbian air defense system during that same campaign, but details of what happened have only recently become available.

In the latest edition of The Afterburn podcast, which you can listen to in full here, retired Air Force Lieutenant Colonel Charlie “Tuna” Hainline, a former F-117 pilot, confirms what had, for many years, been a rumor: that a second stealth jet was hit by the Serbians, but managed to return to base. While noting that much about the incident in Allied Force remains classified, he still provides some fascinating details of what appears to be a previously unconfirmed event.

Hainline flew the A-10 operationally before switching to the F-117 after the once-secret program had “come out of the black,” and soon after Operation Desert Storm. He also explains that he flew a single mission over Iraq in early 1993, during the policing of the no-fly zone over that country. On that occasion, it seems that “Tuna” targeted some Iraqi air defense systems and had his first experience of being on the receiving end of hostile ground fire, but his jet emerged unscathed.

At the time of the Operation Allied Force, in 1999, Hainline was on his second F-117 tour, assigned to the 9th Fighter Squadron, the “Flying Knights,” and deployed to Spangdahlem Air Base in Germany. From here, the missions were of fairly long endurance, and “pretty grueling,” typically around six hours between takeoff and landing. At least two hours were normally required to reach the tanker track, which was located over Hungary, followed by a precision bombing mission involving roughly 30 to 45 minutes of total flying time over the former Yugoslavia, and then returning home via another tanker “top-up.”

With just two laser-guided bombs in its internal bays, the Nighthawk normally dropped both weapons on a single target. During Allied Force, these target sets frequently included communications installations, including radio masts, which had to be struck at the base to “tumble” them. Hainline mentions other targets, too, among them bridges, factories, buildings that intelligence suggested were associated with high-value individuals, and petroleum, oil, and lubrication (POL) facilities.

Hainline’s “interesting night,” as he puts it, involved a mission with two F-117s, flying on roughly parallel target runs, around 10 miles apart. “Tuna” doesn’t provide the date, but it was certainly after the Serbians had shot down the first F-117, according to Hainline's account. Unconfirmed sources had previously stated that this incident occurred on April 30, 1999.

On the night in question, Hainline recalled “quite a bit of AAA [anti-aircraft artillery] and at times quite a few missiles being fired.” These surface-to-air missiles (SAMs) included examples of the same Soviet-made SA-3 Goa that had previously brought down “Vega 31,” but there were other missile types in use at the time, too, according to "Tuna."

During their frontline career, Nighthawks almost always flew combat missions with support from jamming aircraft, including EF-111 Ravens and EA-6B Prowlers.  Not only did they lack any defensive countermeasures, beyond their stealthy shaping and radar-absorbent material, of their own, but F-117 pilots were nearly oblivious to the status of threats in their vicinity during their runs over hostile territory due to lack of onboard threat-detection equipment. Even radio reception was degraded due to antennas being pulled in to “stealth-up” the aircraft over enemy territory. Electronic attack support had been notably lacking in the case of the “Vega 31” shootdown, although it’s unclear if it was lacking for the mission Hainline described. According to most accounts, the night “Vega 31” was shot down was the only evening where EA-6B Prowlers were not present to wreak havoc on hostile radars.

On this occasion, over Serbia, advance warning of hostile SAMs was provided to the F-117 aircrew by Air Force F-16CJ “Wild Weasel” pilots, whose jets were equipped with the HARM Targeting System (HTS) for the suppression of enemy air defenses mission. So it was, on the outskirts of western Belgrade, heading north, that one of the “CJ” pilots called a SAM launch — right at that moment, Hainline was on his target run, with only around 30 or 40 seconds before his bomb was supposed to drop on an antenna.

“Tuna,” who knew he was a little offset to the west of the SAM launch, providing a modicum of safely, recounted what happened next to The Afterburn:

“I kind of looked to my right over Belgrade, and [saw] this huge missile coming up — it looks like a Saturn V thing. I knew my number two guy was over there somewhere. Then I see another launch — this big glow, and even from that far away you can see a lot of detail. The plume, the smoke going, and then just this ball of fire coming up towards you.”

Hainline called upon the training he’d received for just such a situation, which required him to keep the autopilot engaged since manual turning or banking movements could have a negative impact on the jet’s radar cross-section, potentially presenting the missile with a juicier target.

“As I’m heading towards this target, one missile explodes and the other one kind of goes up into space,” Hainline continued. “I don’t know if it hit him,” he added, referring to his wingman.

Hainline continued on his bomb run and managed to get his bomb away cleanly and hit the objective.

He then headed back to the tanker track, but the expected rendezvous there with the other F-117 didn’t happen. A period was now spent circling around, during which Hainline persuaded the tanker to remain on station. The aircraft then worked to conserve fuel as much as possible, waiting for the other Nighthawk to arrive. Finally, the boom operator on the KC-135 Stratotanker spotted an F-117 pulling closer through the darkness, with no lights on.

“His airplane wasn’t in really good shape,” Hainline remembered, and soon after the other F-117 had plugged into the boom, the jet fell away, leaving “Tuna” and the tanker crew wondering if it was now flying on only one engine, or if some other problem had presented itself to the pilot.

Hainline called out instructions to the tanker, requesting the crew put the flaps down to reduce speed and allow the other Nighthawk to reconnect. Despite fuel spilling out around the receptacle, the damaged F-117 managed to fill its tanks and both stealth jets then headed back to base.

En route back to Germany, Hainline said the other Nighthawk “kind of disappeared again,” but both jets eventually made it back to Spangdahlem.

Hainline’s efforts to ensure his wingman made it home safely were rewarded with the Distinguished Flying Cross, a commendation for “heroism or extraordinary achievement while participating in an aerial flight.”

While the recognition that another F-117 was damaged by Serbian air defenses during Allied Force is noteworthy, Hainline emphasizes the fact that SAMs were a real concern for the “Black Jet” in any combat scenario. He describes how the F-117 would be routed to avoid “double-digit” SAMs — referring to the Russian-made SA-10 Grumble, also known as the S-300, and more advanced types — since the jet was considered “low observable, not invisible.” Even comparatively old systems, such as the SA-3, remained a genuine threat, as confirmed by the downing of “Vega 31” earlier in the campaign.

Beyond talking about his time in the F-117 and this incident over Serbia in the podcast, Hainline reflected on other aspects of his flying career, including a period as an F/A-18 Hornet exchange pilot and carrier qualification with the U.S. Navy’s Strike Fighter Squadron 106, the “Gladiator.” It is well worth a listen.

Suffice to say, that mission over Belgrade in 1999 was perhaps the most hair-raising in Hainline’s impressive career. It also goes to show that there are still more stories to be told about the mysterious Nighthawk, the operations of which continue to be obscured by a veil of secrecy.

Editor's Note: A big hat tip to our friend Jared Soergel (@jsoergel949) for the heads up on this fascinating account! 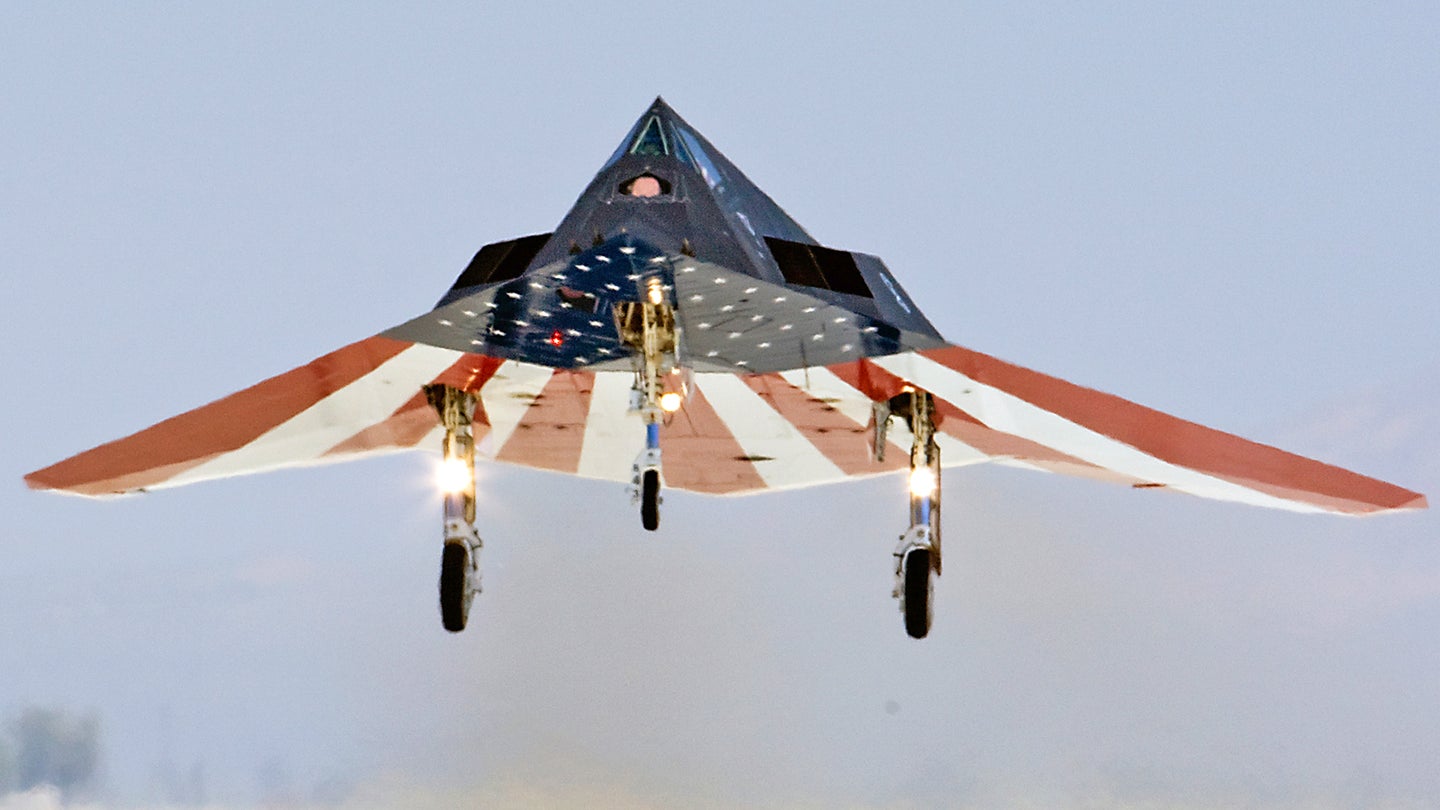 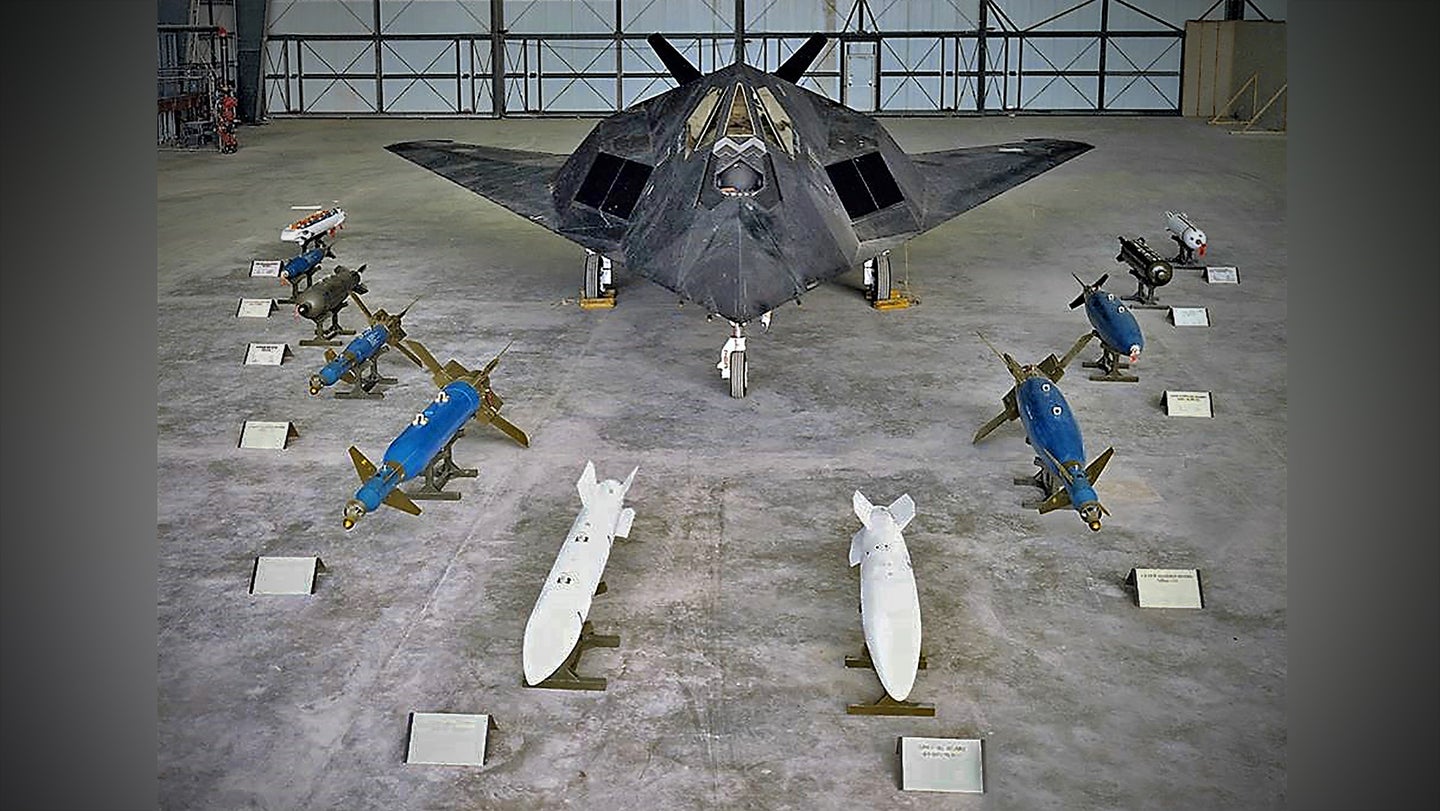 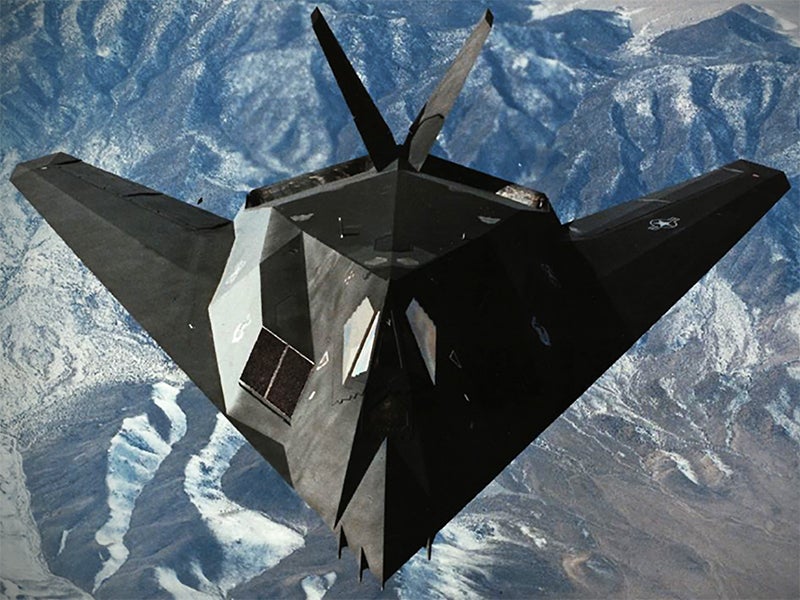