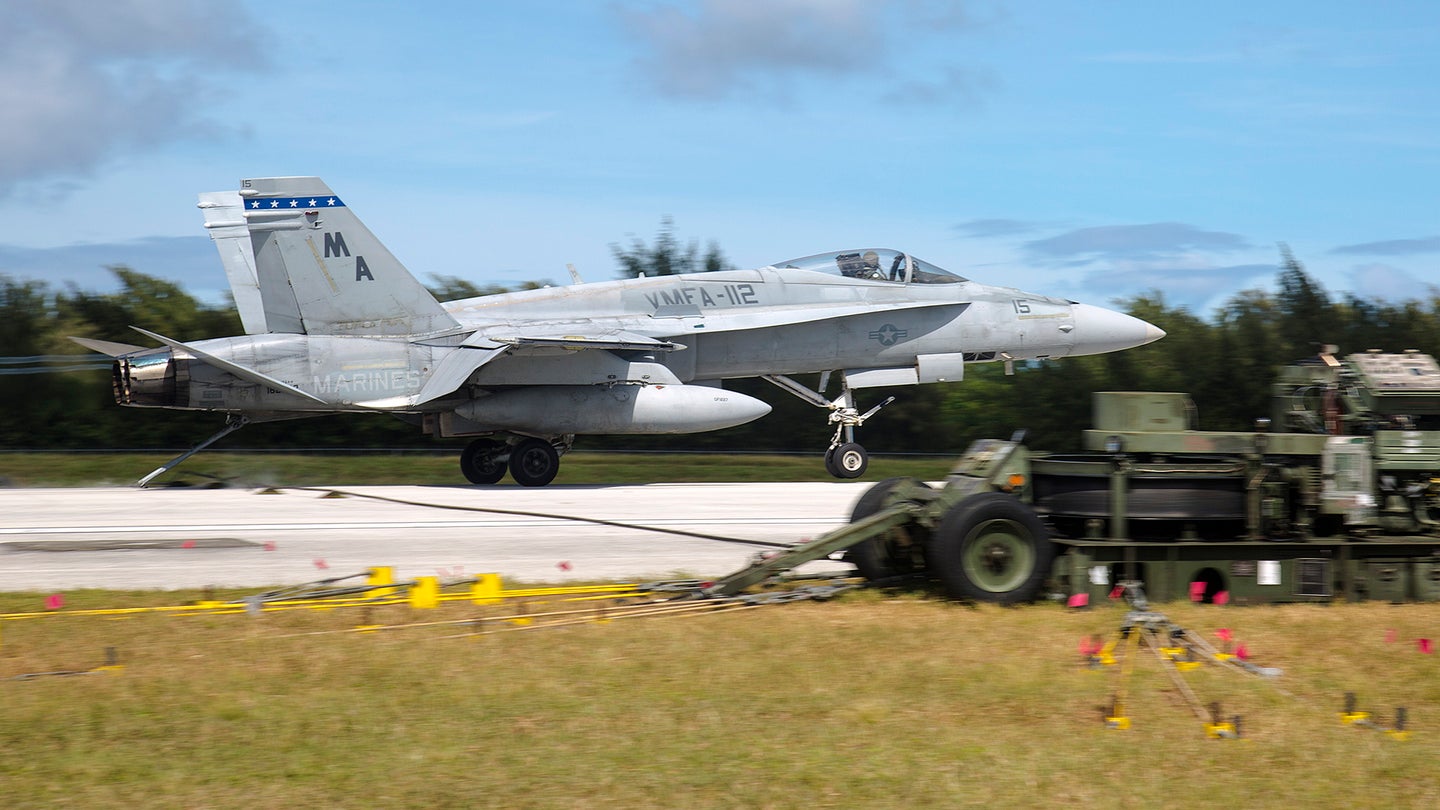 According to reports, the Department of Defense is moving ahead with plans to formally build a backup air base at Tinian Island, located just 100 miles to the north of its giant and highly strategic U.S. military airbase on Guam, known as Andersen Air Force Base. This comes as the Pentagon is working to expand its existing airfields located deep in the Pacific and even create new ones that it could use during a major peer-state clash, namely with China, in the vast region. It is all part of an emerging distributed combat operations strategy that will likely be as much about survival as about getting an advantage on the enemy, at least during the opening stages of a potential conflict in the Pacific Theater. Anderson Air Force Base is so key to U.S. strategy that the possibility that a natural disaster could knock out flight operations in the entire region is also a driving factor behind this initiative.

While Guam isn't as at risk of adversary missile attacks as America's military outposts located in Japan, or even South Korea, its ability to continue operating during a barrage of ever more plentiful and capable Chinese ballistic missiles is highly questionable at best, leaving alternative airfields both nearby and far away, absolutely critical to a sustained a war effort. Wake Island, which is located 1,500 miles east of Guam, is the largest such installation. You can read about the upgrades to that remote island outpost in this recent feature of ours.

However, that base on Wake Island will be more about staging airpower as a conflict heats up, not just with dealing with dislocated airpower in the opening stages of an attack. This is where new developments at Tinian Island will come into play.

Tinian, which is now part of the Commonwealth of the Northern Marianas Islands (CNMI), a U.S. territory, was seized from the Japanese by U.S. forces in the summer of 1944 during the twilight of World War II. It became home to a huge and historic airfield located on the northern stretch of the island. It is from this base, called North Field, that two B-29 bombers, modified to carry atomic bombs as part of Operation Silverplate, flew separate sorties that would comprise the only operational uses of nuclear weapons to date. These missions were in addition to waves of bomber and reconnaissance runs that flew over Japan and around the Western Pacific from the island during the later stages of the war.

Following the end of World War II, the airfield's big parallel runways, aprons, and support structures largely fell into disrepair, but it remained an austere airfield capable of receiving tactical transports, such as C-130s, for training. In more recent years, the airfield has been rehabbed a bit for austere deployment exercises, but it is not capable of accepting the fighter jets, bombers, or large support aircraft that frequent nearby Andersen on Guam.

Another airfield located in the central part of the island, Tinian's actual airport, but also known by its World War II designation 'West Field,' on the other hand, can support combat jet types, but it is a small facility. In some cases, arresting gear systems have been deployed to safely operate groups of fast jets from the airfield for training purposes in the past.

The Marines have done just that on multiple occasions with their F/A-18 Hornets. The Air Force recently deployed some Eagles to the airfield for austere operations training, as well. But once again, this is the relatively tiny airport that lacks the infrastructure to sustain military aircraft operations for a protracted period of time.

Now, the U.S. is going to build a full-on alternate operations facility on Tinian. This facility would be capable of accepting formations of diverted aircraft and even launching combat operations if Andersen AFB were to be put out of commission, even if just temporarily, by enemy action or even by a natural disaster. With this new facility will come other improvements to the island and its infrastructure needed to make it capable of accommodating transient guests and more robust military operations.

From what we can tell, this initiative is centered around a 40-year lease deal that was signed in 2019 and will leverage the aforementioned Tinian International Airport and its existing 8,500-foot runway and small apron, and expand upon it.

Haggling over the agreement has been going on for years, but now, the divert field project is officially moving forward.

A Stripes article from 2016 outlines what the Pentagon was looking for in this proposed auxiliary airfield capacity and why it was necessary:

“The divert initiative in CNMI will create the only divert airfield in the Western Pacific and provide the U.S. Air Force the capability to conduct either temporary or sustained refueling operations from an additional location in the region,” Gen. Mark Welsh, chief of staff of the Air Force, said in a Defense Department statement in February, when the choice of Tinian was announced. “It will also give us another location to use when supporting contingency or natural disaster responses in the region.”

The infrastructure of the Tinian airport will be upgraded to support up to 12 tanker aircraft and all support personnel needed for divert operations. Regular exercises will take place at the airfield, up to eight weeks each year.

It isn't clear if the scale of the project has grown in recent years, especially considering how dire the need for alternative basing in the vast region has become due to the growing threat from China. Being able to support as many as a dozen tanker aircraft would demand a major expansion of the existing airfield. It's also worth noting that, with more static capabilities already on the island, using the austere North Field complex to support the staging of tactical airliners and other military equipment would be easier during a crisis.

While a new alternate operating airfield on Tinian will provide some risk reduction to the Pentagon's current heavy reliance on Andersen AFB, it too will be vulnerable to high-end foes' advanced missile capabilities. Although it is worth noting that taking out two airfields that are defended by missile interceptors with medium-range ballistic missiles is costlier and a harder to execute proposition than just one. Still, these intrinsic vulnerabilities have not gone unnoticed and other airfield projects are ongoing throughout the Western Pacific or are being eyed by the DoD in an attempt to generate more basing options in case a contingency situation arrives. An affiliated 'agile deployment' initiative, in which tactical airpower deploys in small numbers to austere bases for short periods of time, has been in development and is now being accelerated to match this grander strategy. This won't just help in terms of the survivability of its own forward-deployed forces, but it will also make the enemy's targeting and defensive plans all that much more complicated and costly.

We will keep an eye on the progress of this new highly important project on Tinian, but rest assured, the list of alternate operating locations in the Pacific that are capable of accepting U.S. military airpower will grow markedly in the years to come.