Satellite imagery shows what looks to be damage to an oil tank at a facility belonging to the Saudi Aramco oil company in the Saudi Arabian city of Jeddah on the Red Sea. Iranian-backed Houthi rebels in neighboring Yemen had earlier claimed to have fired a ground-launched Quds-2 cruise missile, a weapon the group claims it put into service just recently, at that site overnight. The strike certainly seems to have been meant to send a signal and came amid reports that Saudi Arabia's Crown Prince Mohammed bin Salman had secretly met with Israeli Prime Minister Benjamin Netanyahu and the head of the Israeli intelligence agency Mossad in the Red Sea coastal resort town of Neom, much further to the north.

The strike, which occurred on the night of November 22nd, 2020, underscores the Houthis' ever-increasing ability to hit targets deeper inside Saudi Arabia with cruise and ballistic missiles, as well as so-called "suicide drones." Jeddah is more than 390 miles from the Yemeni border, at closest, and the Yemeni militants claimed the Quds-2 flew just over 400 miles to reach its target. This group has been launching cruise missiles at targets much closer to the Saudi-Yemen border since at least last year.

Cruise missiles were also a notable feature in the unprecedented strikes on Saudi oil infrastructure in the northeastern portion of the country in September 2019, which the Houthis claimed responsibility for, but which the United States has accused Iran of carrying out directly. Though this strike on Aramco's facilities in Jeddah appears to have been much more limited in size and scope, it does appear to have some important similarities to the ones last year. Most notably oil tanks were also targeted with significant precision in those previous strikes, something that appears to have now happened again.

Available satellite imagery, as well as video purportedly shot on the ground after the strike, indicates that at least one missile hit the side of the oil tank, penetrating it and causing a fire. What looks to be residual fire-fighting foam, used to extinguish oil fires, is visible in the satellite images.

It's also interesting to note that Jeddah is roughly the same distance away from Yemen as the Aramco sites in Abqaiq and Khurais, the facilities struck in September of last year, are from southern Iraq and northwestern Iran. Reports had indicated that, if Iranian forces, or some of that country's other regional proxies, not the Houthis, had carried out those strikes, those would have been among the likely points of origin.

Quds-1 cruise missiles, along with drones, were employed in those strikes, as well. The Quds-1 is a design tied to Iran's Islamic Revolutionary Guard Corps (IRGC), which is in part responsible for arming, training, and otherwise coordinating with Tehran's proxy forces across the Middle East. The missile also shares some general similarities in form and function to the Iranian Soumar, which is derived from the Soviet-era Kh-55 air-launched cruise missile.

Based on its designation, the Quds-2 missile sounds very likely to be related, at least in some way, to the Quds-1 design, potentially with upgraded capabilities, such as greater range and improved reliability. Three of the seven Quds-1 missiles known to have been fired at Khurais last year crashed before reaching their target.

It's important to note that the Houthis have targeted Jeddah in the past and have ballistic missiles that can reach Saudi Arabia's capital, Riyadh, far to the north. At the same time, demonstrating the ability to carry out what appears to be a relatively precise strike on a fixed target some 400 miles deep inside Saudi Arabia sends its own kind of message. The War Zone had already pointed out at the time how the September 2019 strikes were especially significant development as they showed how even a non-state actor could hold sensitive and otherwise important facilities and infrastructure at risk using lower-tier cruise missiles, as well as suicide drones. The Houthis, in particular, are among the most capable groups in this regard, something we underlined again recently when the U.S. State Department issued a warning to Americans in Riyadh about a potential incoming drone or cruise missile strike, which thankfully did not occur, and how to protect themselves if it had.

The Houthis said they carried out the strike in Jeddah in response to the Saudi Arabian-led coalition's continued operations in Yemen and that residents in that city should be warned that their "operations will continue." However, the strike also notably came as U.S. Secretary of State Mike Pompeo was meeting with Crown Prince Mohammed bin Salman, better known simply as MBS, in Neom, something that was publicized and that the Yemeni rebels would have been aware of.

While the Houthis have not demonstrated an ability to launch cruise missile or drone strikes that far north in Saudi Arabia, the strike on Jeddah certainly shows that the group is working to increase the areas that it can hold at risk within that country. Saudi authorities are certainly well aware of the potential threats, from the Houthis, as well as Iran's other proxy forces in the region and the regime in Tehran itself, and a Patriot surface-to-air missile battery reportedly watched over the meeting with MBS and Pompeo.

Israeli media outlets have reported that Israeli Prime Minister Netanyahu and the Mossad chief, Yossi Cohen, also secretly flew to Neom to meet with MBS, either together with Pompeo and his entourage, or on the sidelines of that meeting. Saudi Arabia's Faisal bin Farhan Al Saud has denied that anyone besides Pompeo met with the Crown Prince in Neom.

If true, this, of course, still leaves open the possibility that other Saudi or American officials met with Israeli officials. President Donald Trump's Administration has been actively pushing various countries to normalize relations with Israel and has succeeded in brokering such deals involving the United Arab Emirates and Bahrain, both of which are important Saudi partners. There are also reports that the Saudis, themselves, may be adding to the pressure on certain countries, such as Pakistan, to do the same, in order to "normalize normalization" before officials in Riyadh strike their own accord with their Israeli counterparts.

One of the Trump Administration's clear hopes is that this increased engagement in the region with Israel could help further isolate Iran, as well as its proxies. The Houthis, among others, would undoubtedly be looking for opportunities to spoil such plans, as well as simply exert their own pressure on the Saudis and other opposing regimes.

No matter what, this recent cruise missile strike on Jeddah, using what may at least be a new variant of an existing weapon, shows that the Houthis continue to present a very real threat to Saudi Arabia, as well as other parties in the region, and are still expanding their capabilities. 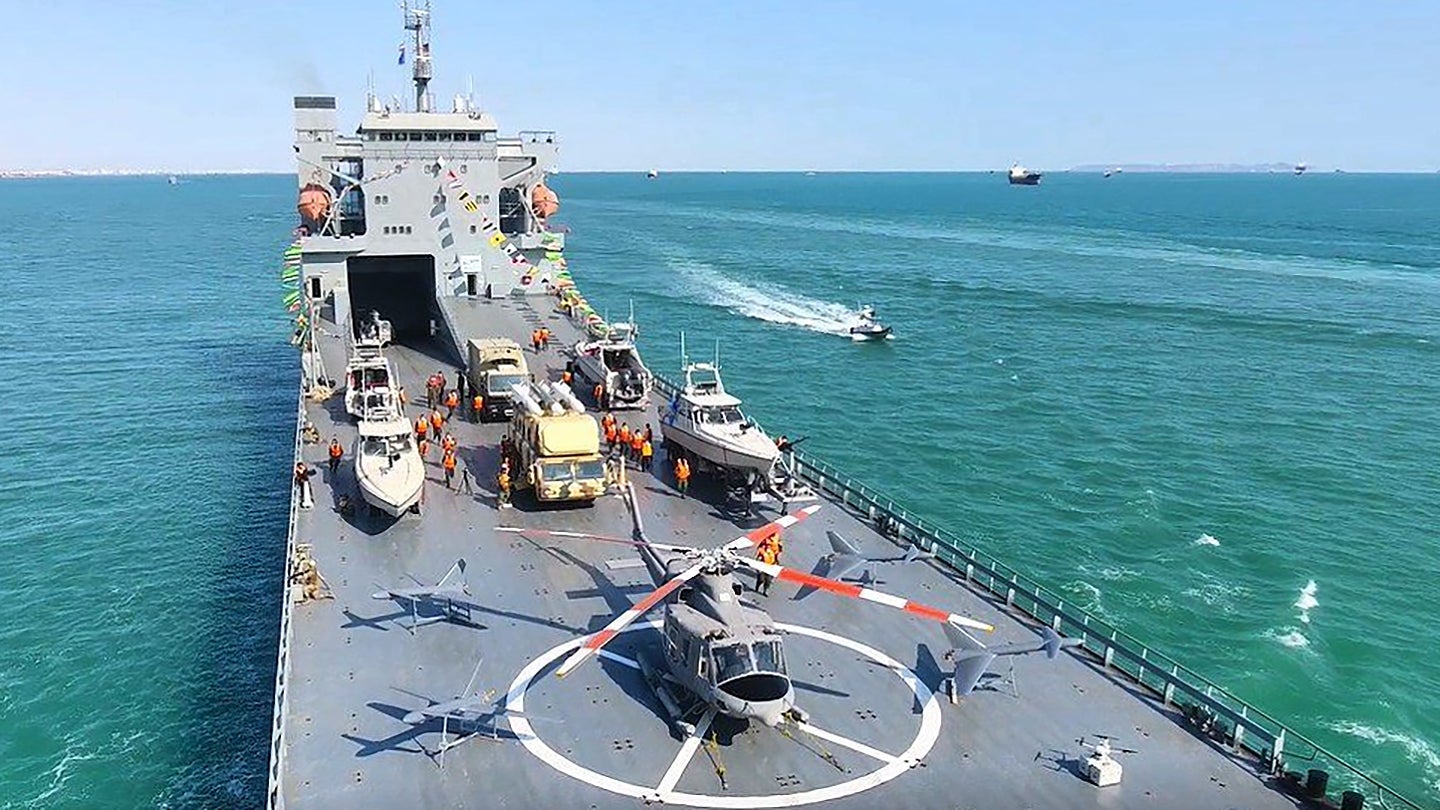 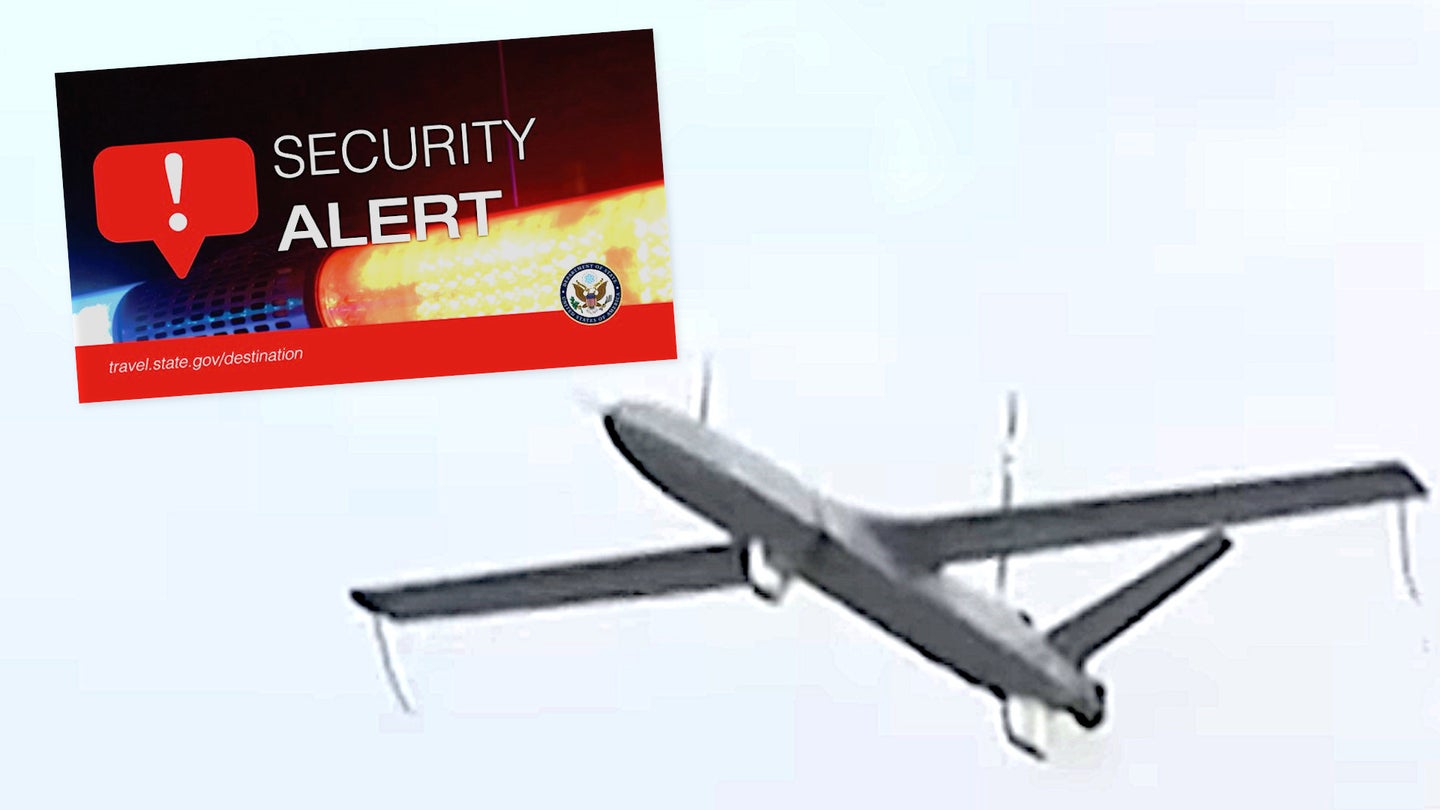 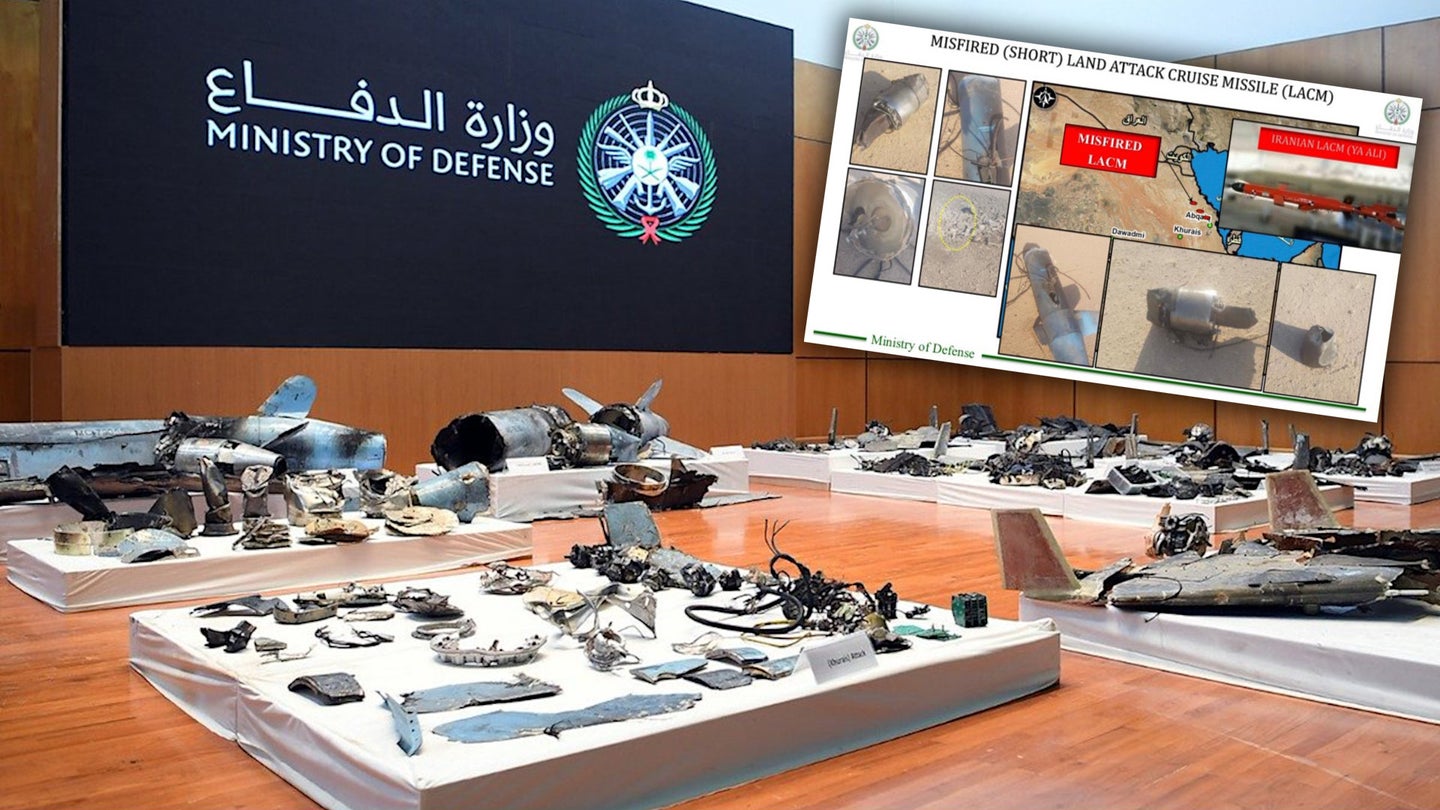 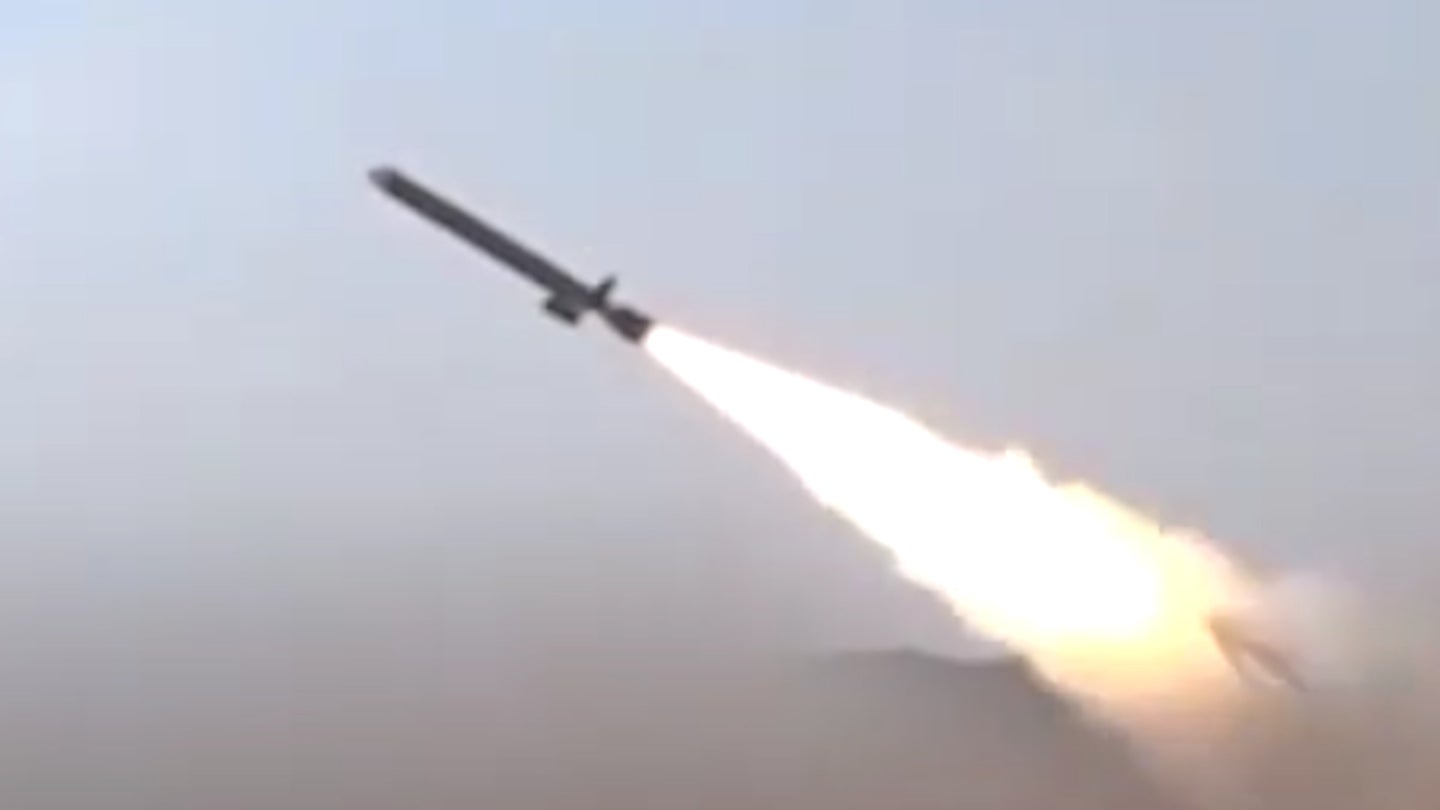