The sophisticated new radar warning and electronic warfare suite for the U.S. Air Force’s F-15E Strike Eagle is a step closer to becoming operational after being put to the test in a recent large force test event. The Eagle Passive/Active Warning Survivability System, or EPAWSS, promises nothing less than a full electronic warfare overhaul for the Strike Eagle, significantly increasing its survivability.

LFTE 20.03 was designed to validate tactics in a contested environment, refine electronic attack tactics using new capabilities, and optimize large force interoperability between fighters and standoff electronic attack platforms. “Prioritized test” status was given to portions of the event that focused on EPAWSS, as well as the F-16’s new AN/APG-83 active electronically scanned array (AESA) radar, which you can read about in more detail in this past War Zone piece, and counter-tactics against enemy passive detection systems, a category that includes infrared search and track (IRST) sensors.

With the deployment of EPAWSS in LFTE 20.03, the program appears to have moved to the next phase of testing, inflight evaluation. The F-15E fitted with EPAWSS in the picture from the event is seen taking on fuel from a KC-46 aerial refueling tanker and it wears the ‘OT’ tail code associated with the Air Force’s 53rd Wing, which is responsible for operational testing and evaluation of new equipment and systems, including electronic warfare suites.

The new system is intended to ensure the F-15E’s survivability in the kind of contested airspace environments in which the Air Force might expect to find itself fighting in the future. It’s a vital element in keeping the Strike Eagle viable until beyond 2040.

Designed to sample the electromagnetic spectrum, identify threats, prioritize, and allocate jamming resources against them, EPAWSS is described by its manufacturer as follows:

For the Strike Eagle aircrew, this means a more timely and accurate warning of ground-based radio-frequency (RF) threats, including their specific type and location, as accurate bearings for airborne threats, both RF and infrared in nature. Armed with this additional situational awareness, the crew should be able to avoid, engage, or negate the threat. As well as alerting the crew to the threats as a defensive system, EPAWSS is able to target these threats offensively, employing countermeasures.

EPAWSS is something that the Strike Eagle community needs desperately. Unlike the existing AN/ALQ-135, it will take into account the huge developments in air defenses, and especially high-end surface-to-air missiles (SAMs), that have occurred since the F-15E began to enter service.

In particular, the kind of ground-based air defense threats that the F-15E might now be expected to encounter from a peer or near-peer threat include very long-range, AESA technology, counter-jamming capabilities, and a high degree of mobility. What is more, the increasing affordability of such systems means they are not necessarily beyond the reach of operators that weren’t previously able to offer a contested airspace environment.

Since it’s fully digital, EPAWSS is not only physically smaller than previous systems, but it can also be rapidly and more easily updated to add new capabilities to keep abreast of developing threats. It’s also promised to be less maintenance-heavy and more reliable than legacy equipment, bringing down costs.

Exactly how EPAWSS works, and what kinds of threats it can defeat is, not surprisingly, a closely guarded secret, but Ed Sabat, Project Development Lead and Civilian Director of Operations, 772nd Test Squadron, explained in an Air Force press release that the system “takes advantages of today’s computing, receiver and transmitter technologies to provide a quicker, smarter response to the threats and better actionable information to the pilot.”

EPAWSS is just one of several important upgrades for the F-15E in recent years, including the new Raytheon AN/APG-82 AESA radar, plus certain niche capabilities, such as the AN/ASQ-236 “Dragon’s Eye” radar pod that you can read about in this previous feature.

Once fielded on the F-15E, the EPAWSS will then appear as an integral part of the avionics of the Air Force’s forthcoming F-15EX fleet. The service’s full F-15EX fleet is set to eventually comprise 144 jets, sufficient to replace most of the Air Force’s remaining F-15C/D Eagles, but possibly substantially more. You can read more about the new jets here. At one time, it was expected that EPAWSS would be added to the Air Force’s F-15C/Ds, too, but this is on hold and seems to have been overtaken by plans to replace them with the F-15EX.

Beyond replacing the “Golden Eagles” there’s also the possibility that EPAWSS-equipped F-15EX could eventually supersede the existing Strike Eagle fleet, too. That proposal is not without its critics, however, as The War Zone explored here.

After a first flight onboard a test F-15E in April 2019, in April 2020, the Air Force announced that the first of “multiple test phases” for the EPAWSS at the Benefield Anechoic Facility (BAF) at Edwards AFB had been completed. The BAF is the largest known RF anechoic chamber in the world, and you can read more about this unique facility here. These tests were intended to collect the data on the integration of the EPAWSS radar and missile warning capabilities and electronic countermeasures on the F-15E platform.

“Additionally, tests must establish and provide verification of the interoperability and RF compatibility among the EPAWSS, the AN/APG-82 radar, and various existing avionics at the installed system level on the aircraft, as it would fly versus in a system lab,” explained Ed Sabat at the time. This work is essential to ensure the various systems can coexist, communicate, and operate without interfering with each other.

As of December 2019, three of the six F-15E test jets inducted into the EPAWSS modification line were complete, and work on the last two was scheduled to begin later in Fiscal Year 2020. At that point, a tailored Milestone C decision, which paves the way to move from engineering and manufacturing development to the production and deployment phase, was expected in October 2020, but has not been announced so far.

The latest available information indicates that Initial Operational Test and Evaluation (IOT&E) is expected to commence in April 2023, followed by a full-rate production decision one year later. Ultimately, it’s planned that 217 production F-15Es will receive EPAWSS, plus the new-build F-15EX fleet.

The F-15E is already one of the Air Force’s most in-demand tactical assets, and the forthcoming capabilities offered by EPAWSS are set to make it even more effective in a threat environment that’s becoming ever more diverse, complex, and unpredictable. 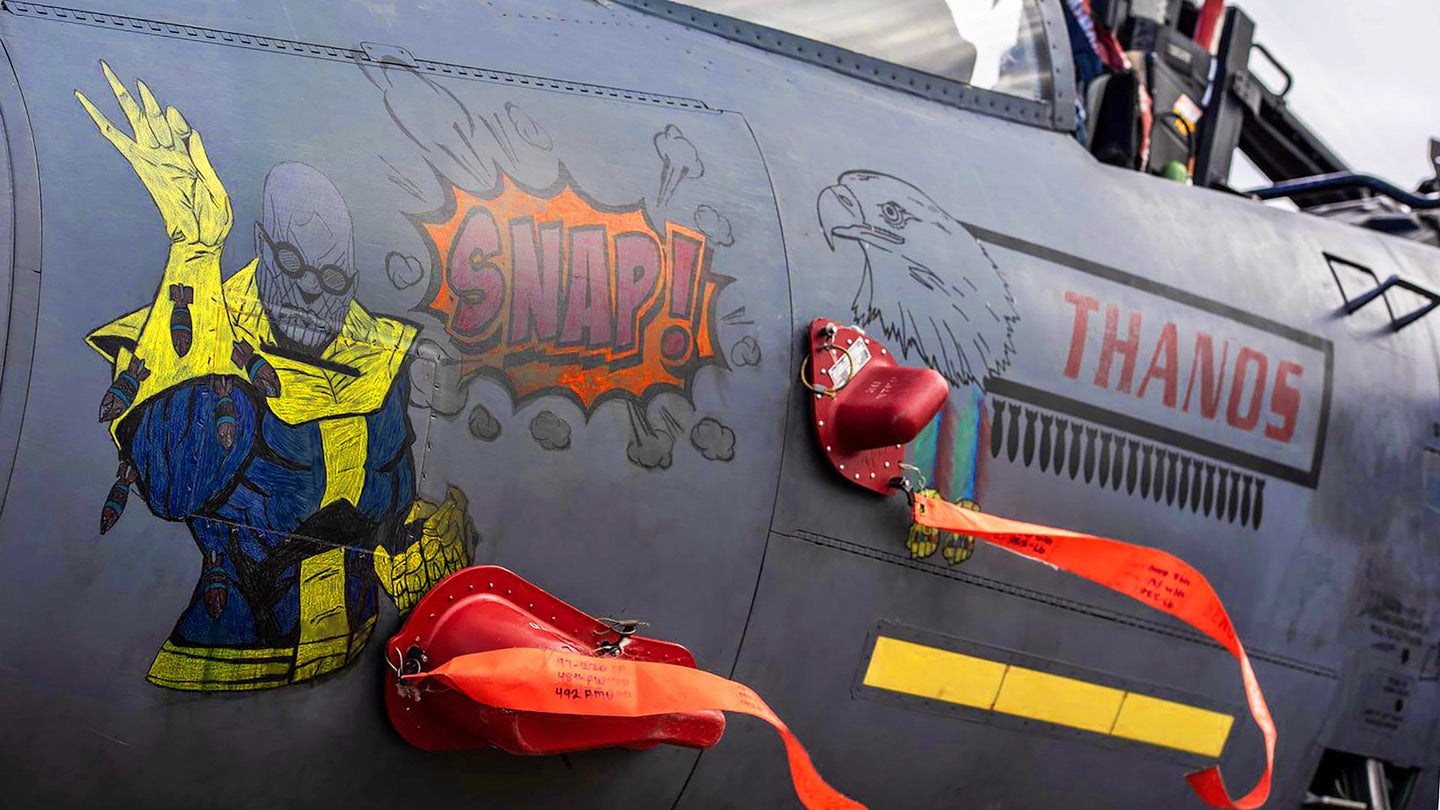 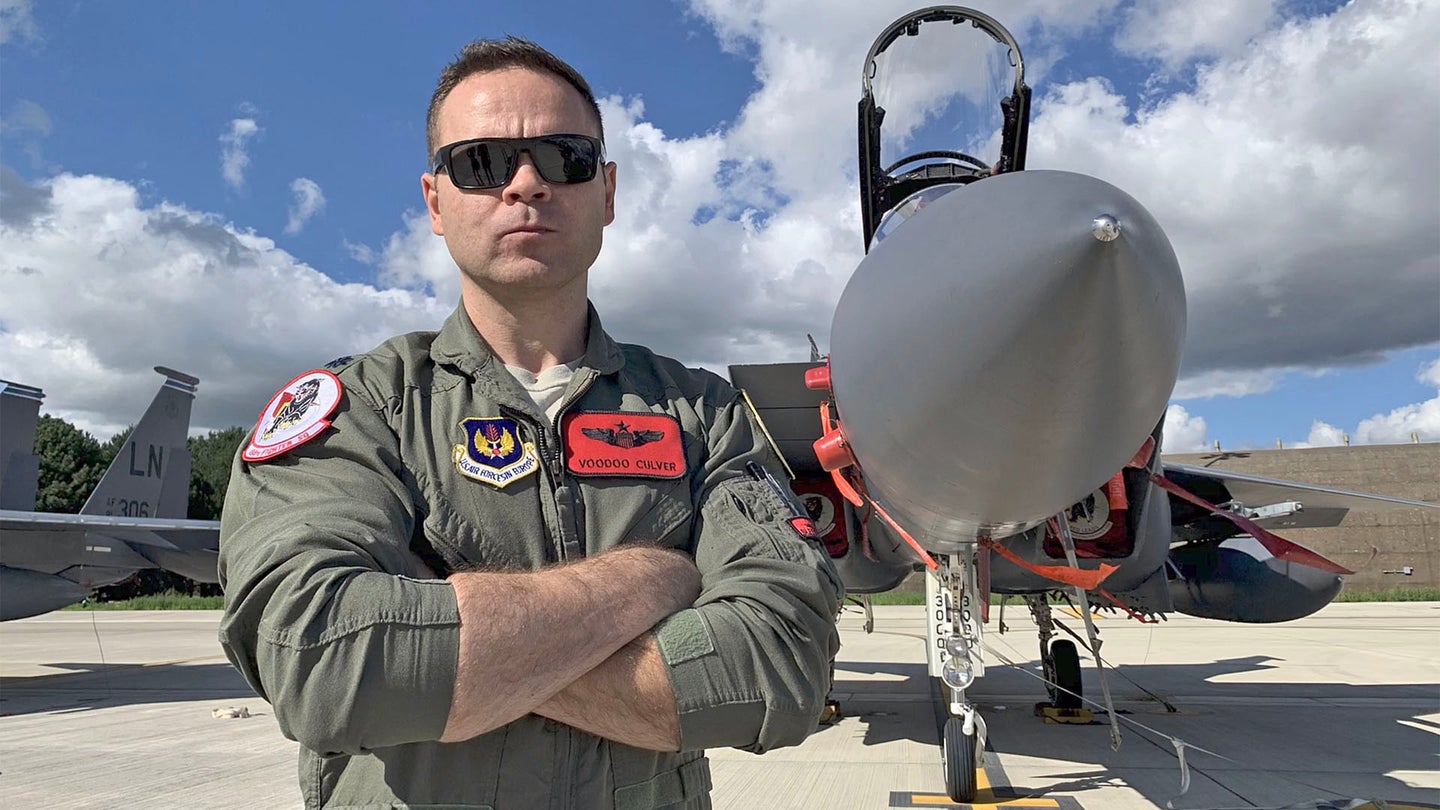 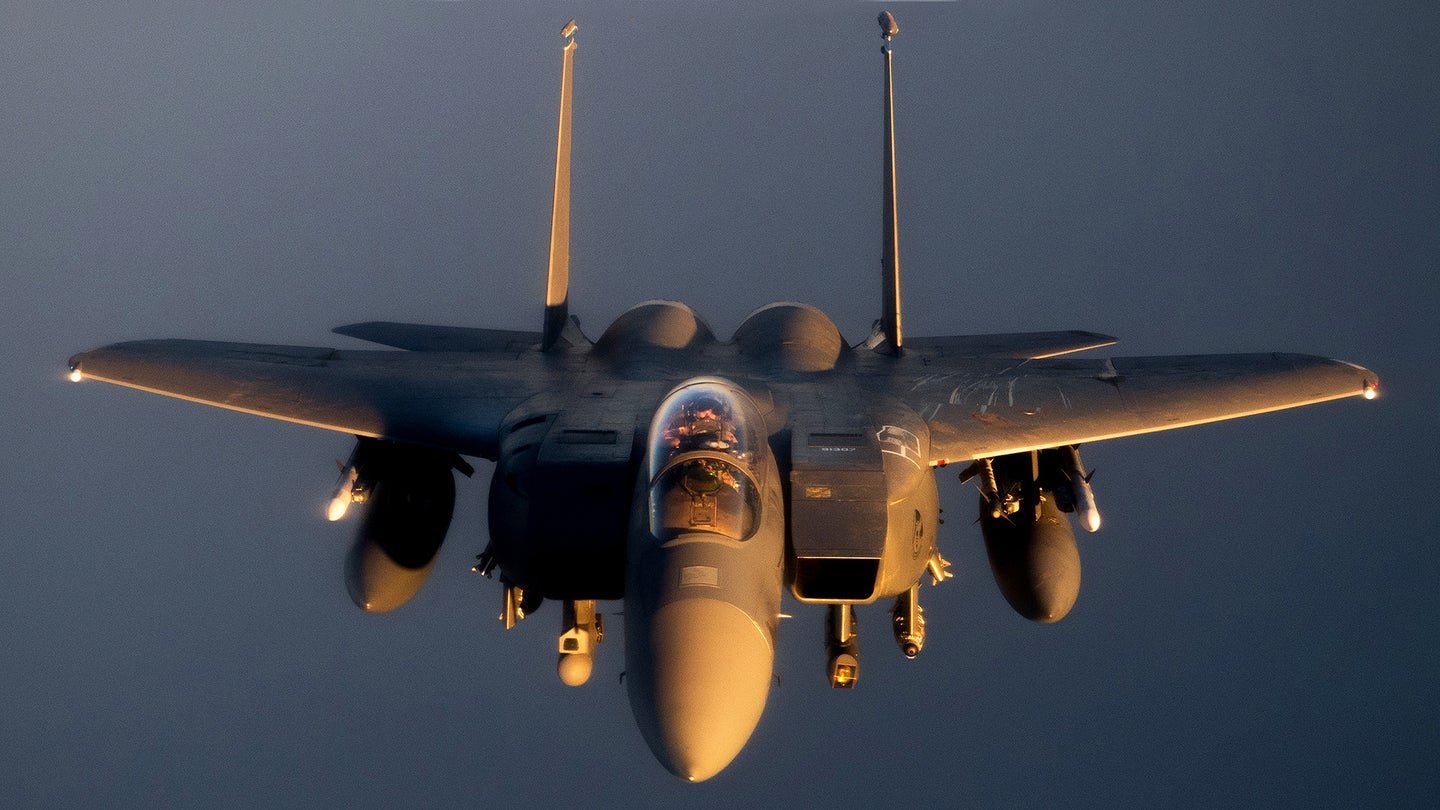 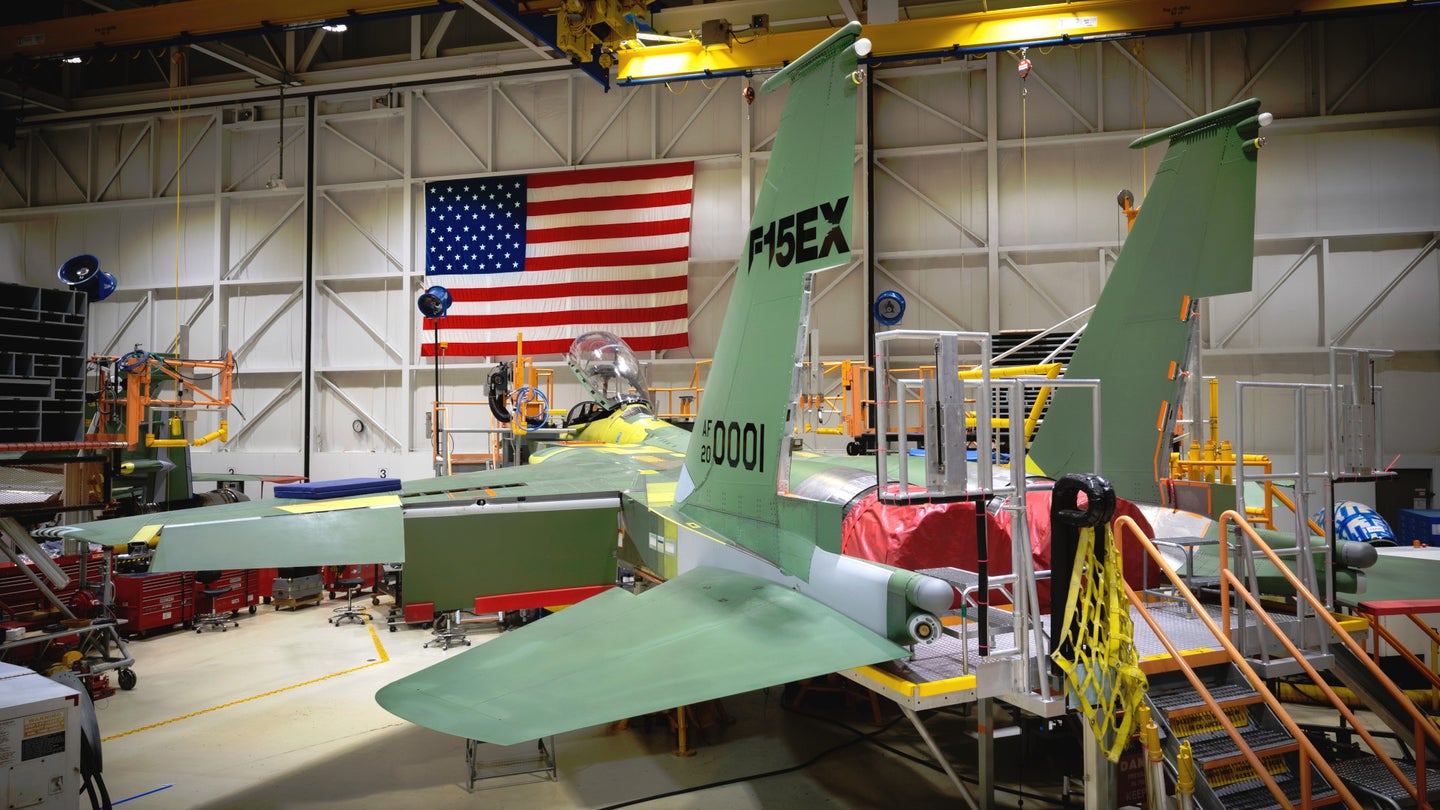 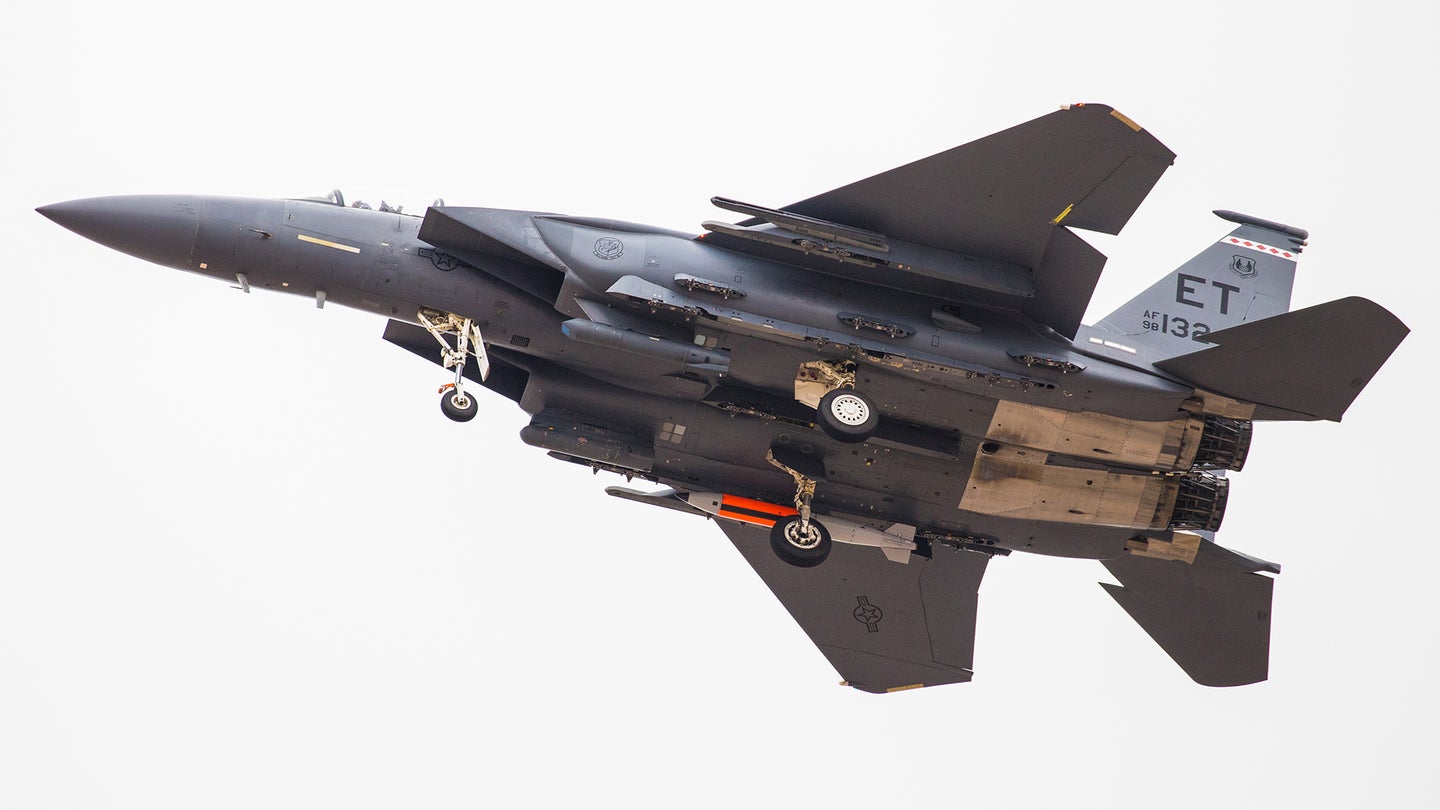