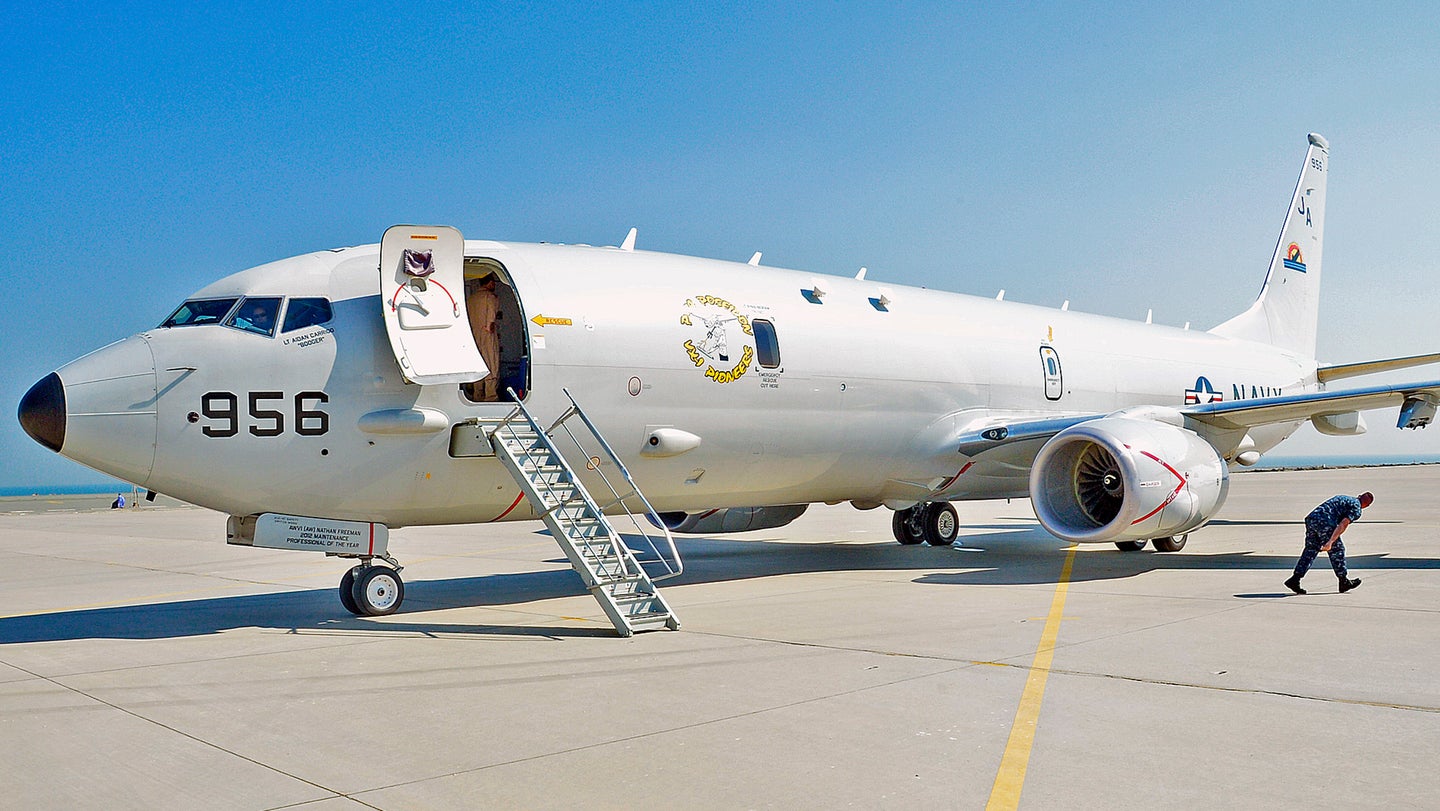 Bermuda, the British island territory in the North Atlantic best known for its pink sandy beaches, has a U.S. Navy maritime patrol aircraft presence for the first time in a quarter-century. This comes as the service looks to counter an increased level of Russian submarine activity in the region.

The recent deployment of a detachment of two P-8A Poseidon submarine-hunting aircraft from an unspecified squadron was confirmed by Bermuda’s Royal Gazette. The planes will remain in Bermuda together with around 40 personnel and will conduct “reconnaissance operations” from the island’s L.F. Wade International Airport, which was previously the site of a U.S. naval air station.

“A P-8 Poseidon detachment arrived in Bermuda on October 30 to support operational requirements in conjunction with other US naval assets in the Atlantic Ocean,” Navy Lieutenant Marycate Walsh, a spokesperson for the U.S. 2nd Fleet, told the Royal Gazette. “The Navy frequently conducts exercises and operations in the Atlantic Ocean to maintain readiness, refine tactics, and support homeland defense.”

“The detachment is scheduled to operate out of Bermuda for the next several months,” she added.

The deployment does not appear to part of a larger move toward reestablishing Naval Air Station Bermuda, which regularly hosted detachments of U.S. Navy anti-submarine warfare aircraft during the Cold War. It’s also not clear if this will mark the beginning of regular rotational deployments of detachments of P-8s to the island, but it is very possible.

However, Bermuda’s location, situated in the Atlantic around 650 miles at its closest point from the East Coast of the United States, would significantly extend the reach of the Navy’s Poseidons that operate throughout the region. Flying from the island would allow the aircraft to reach points further out in the Atlantic or remain on station over certain areas for longer periods. It could also reach those stations faster, being able to more readily react to time-sensitive intelligence.

This all makes good sense given that the deployment appears to be under the auspices of the 2nd Fleet, which the Navy reactivated in 2018 in response to a ramp-up in Russian submarine activities in the Atlantic. The unit is headquartered in Norfolk, Virginia, and oversees naval operations in parts of the North Atlantic and in the Arctic region. While it doesn’t have ships or aircraft permanently assigned to it, it exercises temporary command and control of naval assets deployed to areas over which it has responsibility.

“Our new reality is that when our sailors toss the lines over and set sail, they can expect to be operating in a contested space once they leave Norfolk,” 2nd Fleet commander Vice Admiral Andrew Lewis earlier this year. “Our ships can no longer expect to operate in a safe haven on the East Coast or merely cross the Atlantic unhindered to operate in another location.”

“We have seen an ever-increasing number of Russian submarines deployed in the Atlantic, and these submarines are more capable than ever, deploying for longer periods of time, with more lethal weapons systems,” he continued. “Our sailors have the mindset that they are no longer uncontested and to expect to operate alongside our competitors each and every underway.”

With Russian submarines, including new-generation designs, presenting a renewed threat along the U.S. East Coast and in the Atlantic, the Navy has been working to counter them in various ways, including through the 2nd Fleet and the development and implementation of new tactics, techniques, and procedures. This latest deployment to Bermuda is well in line with those efforts.

As well as having submarines increasingly patrolling in the region, Russian Navy activities are taking place above the waves, as evidenced by an incident in 2019 when the guided-missile destroyer USS Mahan encountered the Russian Vishnya class intelligence collection ship Viktor Leonov allegedly operating unsafely off the East Coast.

Last year also saw a Russian Navy surface combatant sail into the Caribbean region for the first time in many years, when one of its newest warships, the frigate Admiral Gorshkov, arrived in the region together with three support ships, visiting Havana, Cuba.

It’s not just the Russian Navy that’s increasingly operating closer to American shores. China’s People’s Liberation Army Navy is also beginning to establish naval activity in the Atlantic. Although Chinese activities are still far outnumbered by those of Russia, the nature of these operations will also be a cause for U.S. Navy concern. Beijing’s apparent growing interest in the region was also recently underscored by a series of mysterious incidents in which several Chinese students were arrested for taking pictures of U.S. Navy facilities on Key West, Florida.

More generally, the Caribbean region is becoming an increasing focus of Chinese interest, with a series of initiatives that look to increase its influence in the area, including significant investments in port facilities and maritime infrastructure. While there’s no clear evidence that any of these projects have a military application, Chinese-funded infrastructure projects do routinely prompt concerns about their dual-use capabilities, whether or not there is any clear intent to use them in this way.

P-8’s core missions are anti-submarine and anti-surface warfare, in addition to various intelligence, surveillance, and reconnaissance missions. The aircraft has an anti-ship capability, presently in the form of the AGM-84 Harpoon anti-ship missile. Being able to operate these aircraft from Bermuda would allow the Navy to conduct potential anti-ship strikes further out into the Atlantic, as well.

The Navy plans to expand the P-8’s arsenal in coming years, as well. With the planned introduction of the stealthy AGM-158C Long Range Anti-Ship Missile, or LRASM, and potentially also various air-launched naval mines, precision-guided bombs, and the Miniature Air Launched Decoy, or MALD, the Poseidons are set to become a much more multi-purpose platform. Based in Bermuda, the Poseidon would then be able to extend its capabilities farther out into the Atlantic without relying on aerial refueling, keeping a watch on Russian and Chinese vessels of all types — and having the ability to strike if need be in new ways. It will also be in a better position to support U.S. Navy vessels operating in the vast region.

“The opportunity to operate out of Bermuda will improve multi-domain cooperation while furthering the special bilateral relationship between the United States and Bermuda,” said Lee Rizzuto, the US Consul General in Bermuda, as reported by the Royal Gazette.

With Russian naval activities in the North Atlantic showing no signs of diminishing, and Chinese interest in the region also increasing, it wouldn’t be surprising to see the U.S. Navy call upon the Bermudan authorities again in the future. Ultimately, it’s possible that deployments of the advanced maritime patrol aircraft could again become a regular occurrence on the island, reviving yet another element of the Cold War in this new age of geopolitical turmoil.