The future base will expand Russia’s ability to support naval operations south of the Suez Canal from the Red Sea out into the Indian Ocean.

Russian President Vladimir Putin has signed off on a plan to establish a Russian naval logistics and support base in the East African country of Sudan. This will be the country's first official military base on the continent since the fall of the Soviet Union and only its second formal naval facility abroad, the other being Tartus in Syria. The Sudanese base will offer a valuable additional location for Russian Navy warships to stop and resupply, as well as perform maintenance.

Putin's order, which was posted on Russia's Official Internet Portal of Legal Information, is dated Nov. 16, 2020. Russia's Prime Minister Mikhail Mishustin had approved a draft agreement regarding the base on Nov. 6. The base facilities will reportedly be constructed near the Sudanese Navy's main base at Flamingo Bay, which is situated just north of Port Sudan, the country's main port city on the Red Sea.

The draft deal that Mishustin signed off on did say that what Russia is officially calling a logistics center will have 300 personnel assigned to it and will have berthing space for up four warships at a time. It's not clear from the reports what kinds of vessels the base will be able to accommodate, but it will be able to host "naval ships with a nuclear propulsion system on condition of observing nuclear and environmental safety norms."

There are also reports that Russian air defense and electronic warfare systems may be deployed to protect the site.

"The Sudanese side has the right to use the mooring area upon agreement with the authorized body of the Russian side," the draft document says, as well. This could indicate that the deal is also intended, at least in part, to help Sudan modernize its own naval facilities at Flamingo Bay.

The planned base also sounds very similar in form and function to the Russian Navy's base in Tartus, Syria, especially as it existed prior to Russia's intervention in that country in 2015. That facility was also relatively small and intended to provide a place for Russian warships to stop and replenish and make certain repairs. In the past five years, however, it has seen significant expansion as the Kremlin's involvement in Syria has grown.

In 2017, Putin signed a deal to extend the Russian government lease on Tartus for another 49 years, with provisions for additional 25-year-long extensions after that. Russia reportedly now spends around $41.5 million annually to maintain that base.

The lease of the Sudanese base will last 25 years and there is an option to extend it for another 10 years after that.

Russia says that the future base in Sudan will "meets the goals of maintaining peace and stability in the region, is defensive and is not aimed against other countries." Whether or not this is true, it certainly provides another valuable naval stopover for Russian forces in the region and one that is notably on the other side of the Suez Canal, offering a new potential naval stronghold south of that potential choke point.

This would offer an opportunity for Russian warships sailing in and out of the Indian Ocean via the Gulf of Aden and the Red Sea to stop and supply without them first having to try to reach Tartus by sailing all the way through the Red Sea, through the Suez Canal, and into the Eastern Mediterranean. If the base is truly capable of supporting nuclear-powered vessels, it could become a very important operating location for the Russian Navy's nuclear submarines, potentially helping to increase the total number of patrols those boats can conduct in the region and the distance they can cover.

Russia reportedly pursued the deal with Sudan after failing to secure a deal with Djibouti on the Horn of Africa further to the South. The United States and China, among a number of others, have established bases in that country with a similar eye toward supporting naval operations in that general region and out into the Indian Ocean and beyond.

Most of Russia's naval bases are in the country's far north and far east regions and are often beset by ice and poor weather in the winter months. At the same time, since the collapse of the Soviet Union, the country has found itself with more limited access to naval facilities abroad. The Soviet Union, for instance, had previously maintained a similar base in Somalia that has now long been shuttered.

Tartus in Syria already offered an important warm-water naval port facility for the country's warships to use outside of Russia. Unlike the country's naval facilities in the Black Sea, it was also unbound by the provisions of the Montreux Convention, which puts significant limits on the movement of warships and submarines in and out of that body of water. Of course, it is worth noting that the Kremlin has played fast and loose on occasion with those provisions in recent years.

While a naval base in Sudan would certainly be very valuable to Russia, and could have benefits for the Sudanese Navy, as well. It could also present new challenges to both countries.

Sudan is still very much in the midst of a transition to more stable civilian leadership following the ouster of long-time dictator Omar Al Bashir in 2019. Two years earlier, the Kremlin had signed a number of military assistance deals with the Al Bashir's regime and the dictator reportedly expressed interest at that time in hosting a Russian naval base, in part as a deterrent to the United States. A major bilateral cooperation arrangement between the two countries came into force just months before the Sudanese leader was deposed. There were reports of shadowy private military contractors with strong, if not direct ties to Russia's Main Directorate military intelligence agency, better known as the GRU, being involved in some way in the violent crackdowns on popular protests in the lead up to Al Bashir's final removal from office in a coup.

The United States has been actively courting the new Sudanese coalition government and President Donald Trump's Administration removed the country from the U.S. list of designated state sponsors of terrorism in October. This followed an agreement with Sudanese officials to make payments, totaling $335 million, to the victims of the 1998 bombings of the U.S. Embassies in Kenya and Tanzania, which were carried out by Al Qaeda terrorists based in Sudan.

The Trump Administration appears to have hoped that it could further parlay that deal into Sudan agreeing to normalize its relations with Israel, as the United Arab Emirates and Bahrain have recently done as a result of U.S.-brokered agreements. The current Sudanese government has, so far, not implemented such a plan and a number of political parties that form the current coalition backing the transitional government, which includes some that had previously had close ties to the Al Bashir regime, have more forcefully pushed back on the idea, underscoring the fragility of the political situation in the country.

"Normalization [with Israel] opens risks to our fragile transitional situation," Sadiq Al Mahdi, the head of the National Umma Party and a former Prime Minister of Sudan, said, according to The Wall Street Journal. "This decision violates Sudan’s constitution and can easily result in the collapse of this government."

The Financial Times newspaper in the United Kingdom reported that Sudan's deal with Russia "could be seen as a blow to Washington" and that "U.S. officials dismissed the news of the Russian base in Sudan as not real." For their part, Sudanese officials have apparently declined to confirm or deny the Russian base deal, despite the Kremlin first publishing the draft agreement and now Putin's order regarding the plan publicly online.

It remains to be seen how long it will take Russia to establish its base in Sudan and when the Russian Navy may start making use of it. Regardless, though the planned base in Sudan right now is small, it stands to become an important facility the Kremlin can use to help project both military power and geopolitical influence far from its shores. 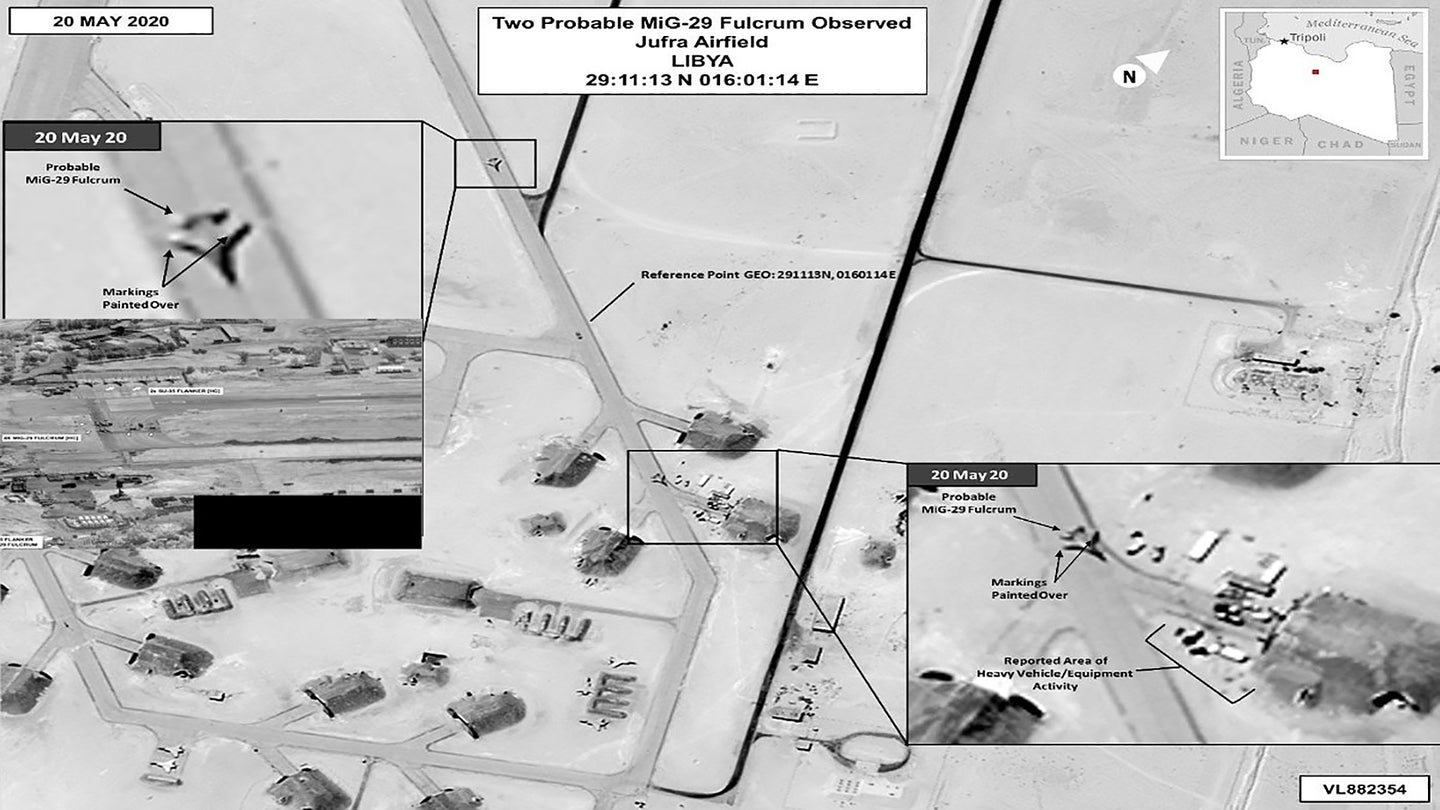 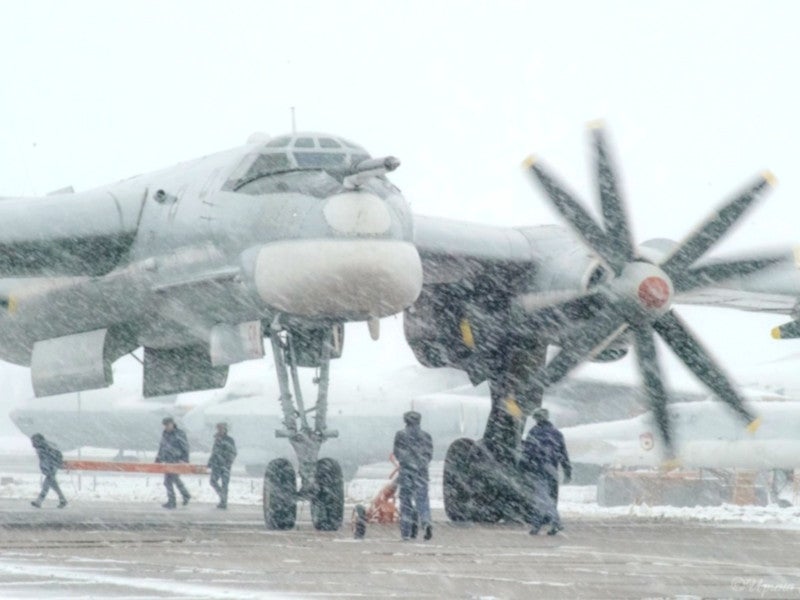