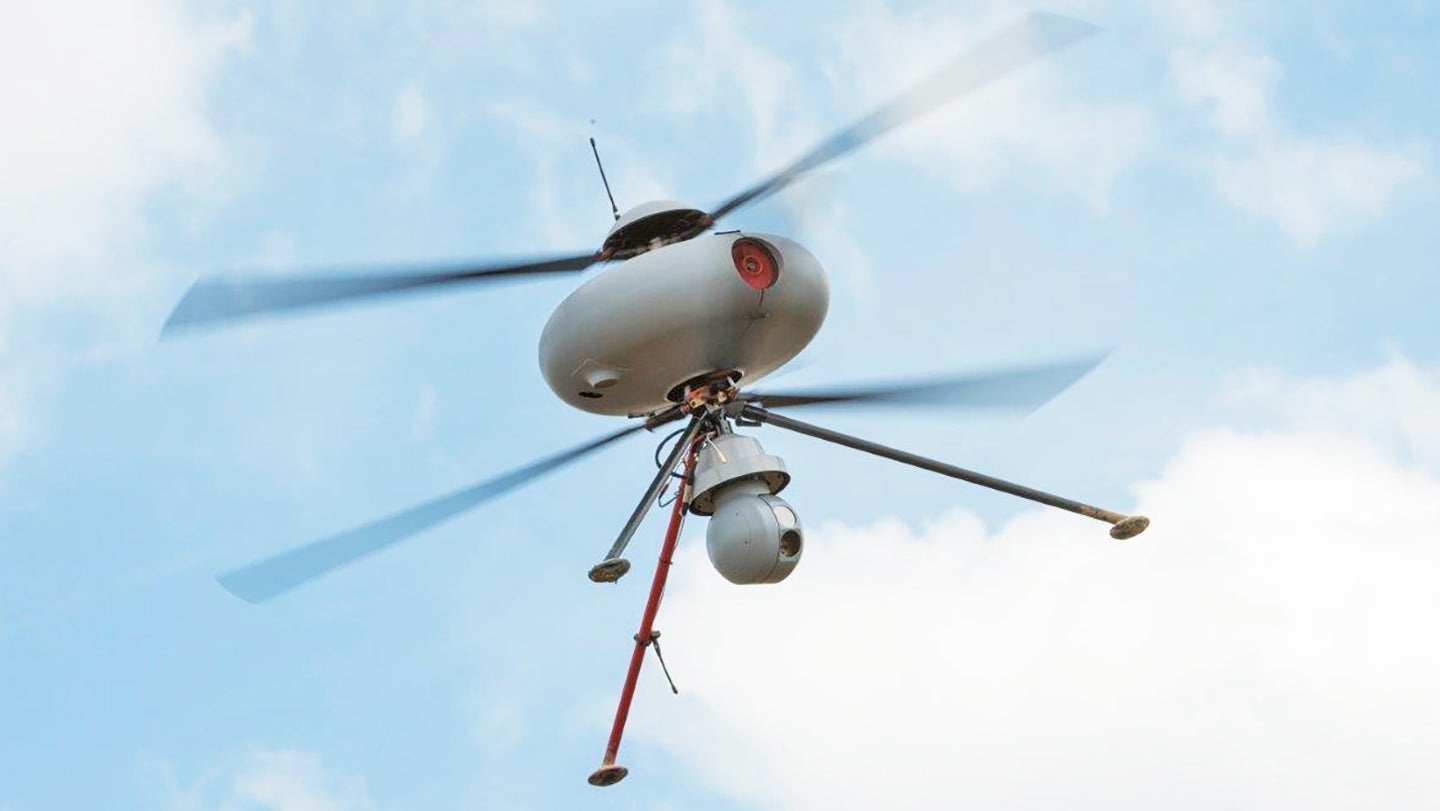 France has kicked off a program to develop an electronic warfare payload for a mini unmanned aerial vehicle. The French Ministry of Defense is looking for a payload, or payloads, that will be able to detect, locate, and identify radio communications transmitters, as well as potentially jam them. The project’s name — Sauron — seems to be a nod to the all-seeing-eye antagonist in Tolkien’s Lord of the Rings, not the first time such a reference has been used for a military surveillance application.

The country’s Defense Innovation Agency has released a request for proposals (RFP) for the new payload, which it wants to be small enough that it can be carried by drones weighing less than 55 pounds in total. The RFP calls for submissions by January 18, 2021, and the defense ministry hopes to contract several research and development projects that will each run for a seven-month period, including a demonstration at the end.

The RFP doesn’t specify the type of drone that the payload could be integrated on, but says that either fixed-wing or rotary-wing types will be considered, providing that the payload weighs less than 11 pounds and has an energy requirement of less than 50 watts. Also, it demands that a single drone be able to carry out all the desired missions, rather than splitting components of the system across multiple unmanned platforms.

While other initiatives call for multiple drones to be employed in an autonomous “swarm,” this requirement is not mentioned and it instead stresses the importance of the system being unitary in nature. This would allow the suitably equipped drone to be used as an infantry support tool operated by a small team on or close to the battlefield. However, a larger number of drones could still potentially be equipped with the same payload to provide coverage over a wider area.

Once deployed onboard the chosen unmanned aerial vehicle (UAV) platform, the payload is expected to be able to detect, locate and track one or more types of radio communications transmitters operating in the bands between 30 and 6000 megahertz (MHz). It will need to be capable of identifying multiple transmitters simultaneously and mapping the radio-frequency environment in the area of interest accordingly. The information collected will need to be transmitted to a ground station in real-time.

In an operational context, the electronic warfare drone could provide even smaller French Army units with greater situational awareness about any enemy units around them. If used on a larger scale, it could help map out enemy locations across a broader area, a capability that you can read more about here.

The French Ministry of Defense describes this electronic support payload as an “emerging requirement” in drone warfare and notes that it will have to be capable of being programmed and reoriented during the flight. An offensive jamming capability is not presently a prerequisite, but is something the French do appear to be interested in and would reflect similar developments underway in Europe right now.

“We are not only interested in new technologies,” the French Ministry of Defense outlined in its RFP, and “the innovative nature of the proposals may consist of ‘diverting’ the use of existing technologies.” This seems to open the door to other electronic warfare drone payloads already in development, although restricting the bidders to European Union industry rules out some solutions, such as those already planned for the U.S. Army under its Air Launch Effects initiative, for example.

At this stage, the French Ministry of Defense is just looking for proposals before down-selecting those that it sees as having potential for further development, including a demonstration. The organization confirms, however, that “industrialized solutions resulting from these projects could equip [French] Army drones. The possibility of scaling up (in terms of technological maturation and mass production) should be taken into account in the proposal.”

This plan to put an electronic support measures payload on a mini UAV is an ambitious one, although there has been significant miniaturization of related technologies in recent years. There are already similar signals intelligence (SIGINT) payloads available for the U.S.-made Scan Eagle that provide a lot of this desired functionality already. Launched by catapult, the ScanEagle weighs around 44 pounds, so is in the same category as the types of drones the French are looking to explore in a similar role.

The Scan Eagle’s SIGINT capability is known as “Peebles” or the “Peebles Payload.” This is thought to offer the same capabilities as a “dirtbox” system, allowing soldiers to track the position of an individual from their phone signal and potentially intercepting audio from the call, as well as the associated metadata. Such a capability would undoubtedly be of use in the French Armed Forces’ ongoing anti-insurgent operation in Africa’s Sahel region and would parallel similar tactics used by French fixed-wing aircraft in both Africa and the Middle East.

Meanwhile, the U.S. Navy and Marine Corps operate the Silent Echo, a SIGINT payload for Group 1 UAVs, which weigh less than 20 pounds. Another such electronic warfare payload is the Spectral Bat for the RQ-21, suggesting that the kind of capability the French military is now looking for is within reach.

Whatever the results of this latest initiative, France has shown that it, too, is increasingly embracing the potential of UAVs to carry a wider variety of payloads for new types of missions.