Another American survived the crash, which appears to have been an accident, and was medically evacuated. 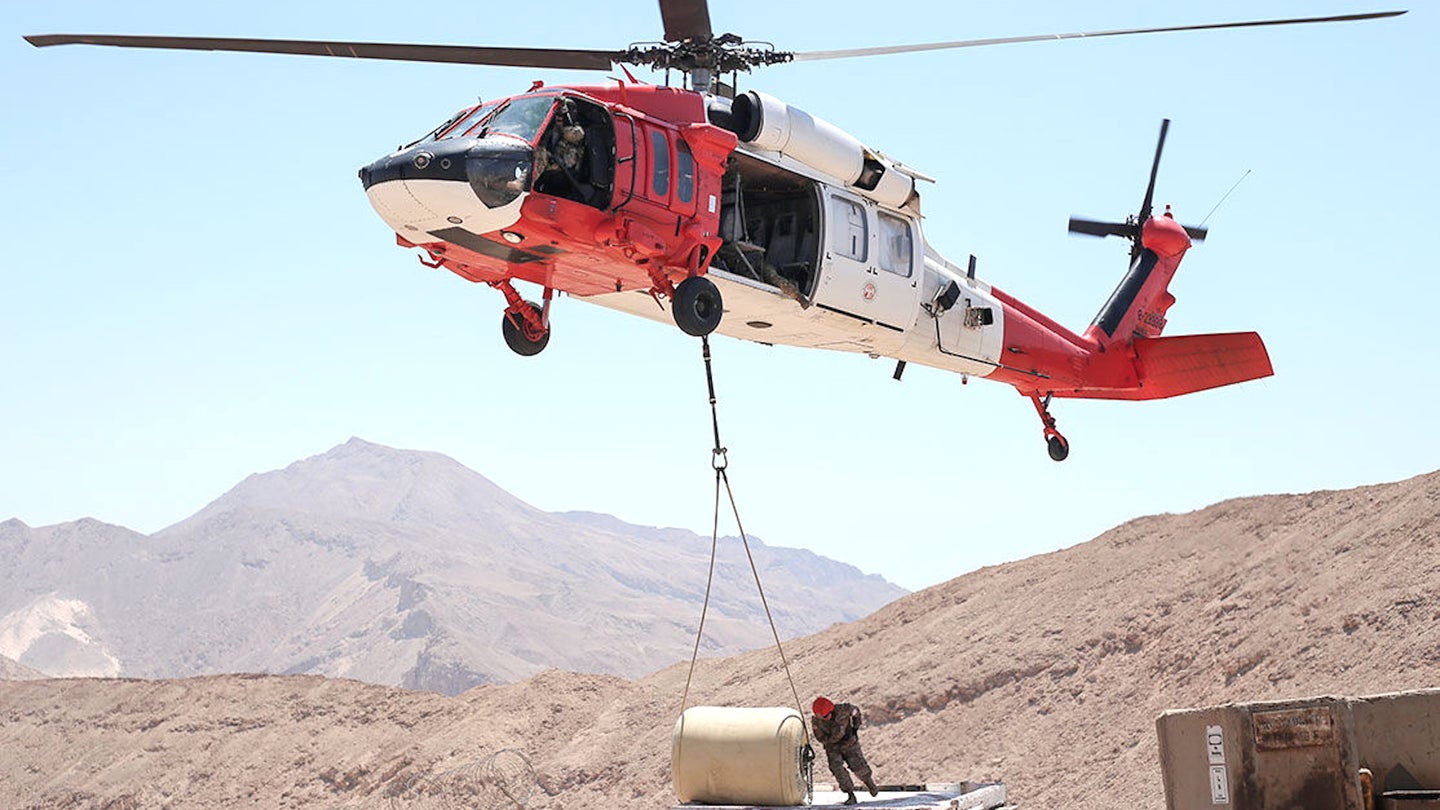 A U.S. Army UH-60 Black Hawk helicopter assigned to a multi-national peacekeeping force crashed on an Egyptian island in the Red Sea today, killing all eight individuals on board, including six Americans. An investigation into the incident is underway, but the evidence so far indicates that it was an accident and not the result of any hostile action.

The UH-60 came down on Egypt's Tiran Island, off the coast of the country's Sinai Peninsula, in the Red Sea on Nov. 12, 2020. Egyptian officials said that the helicopter, part of the Multinational Force and Observers (MFO) had been conducting an aerial reconnaissance flight in the area at the time. In addition to the six Americans on the helicopter, there was one French national and one Czech national.

MFO initially released a statement saying that seven individuals on board the helicopter had died and that another had survived the crash and had been medically evacuated. That release was subsequently taken down and replaced with one that said that there were eight fatalities, but that there had still been a survivor. The Israeli military reportedly offered to send a rescue team to the crash site and MFO said that both Egypt and Israel had cooperated and supported the recovery effort.

The full statement from MFO at the time of writing is as follows:

During a routine mission in the vicinity of Sharm el-Sheikh, Egypt, nine members of the Multinational Force and Observers (MFO) were involved in a helicopter crash. We are deeply saddened to report that eight uniformed MFO members were killed; six U.S. citizens, one French, and one Czech. One U.S. MFO Member survived and was medically evacuated. Names are being withheld pending notification of next of kin.

The MFO will conduct an investigation to determine the cause of the accident. At this point, there is no information to indicate the crash was anything except an accident.

We greatly appreciate the cooperation and support of Egypt and Israel in the recovery effort.

Fox News has reported that an unspecified mechanical failure may have been the cause of this apparent accident.

MFO was established following the signing of the Camp David Accords between Egypt and Israel in 1979. As part of that agreement, Israeli forces withdrew from the Sinai, where they had been since the Six Day War in 1967. The agreement had also called for the establishment of a United Nations peacekeeping force to monitor the terms of the deal and make sure that neither side was building up its forces again in that region.

However, in the face of a likely veto of the plan from the Soviet Union in the United Nations Security Council, the treaty parties accepted the deployment of a separate multinational peacekeeping entity, which became MFO. This organization has been conducting peacekeeping operations in and around the Sinai continuously since 1981. In February, then-Secretary of Defense Mark Esper had raised the possibility of ending American participation in the MFO in order to free up those forces and associated resources for other purposes.

Though all the available evidence so far points to an accident, it is also important to note that ISIS has a very active franchise in the Sinai Peninsula and that MFO forces have come under attack from these terrorists in the past.

We will update this story as new information becomes available.

Acting Secretary of Defense Chris Miller has now issued a statement regarding the crash, which is as follows:

The Defense Department is deeply saddened by the loss of six U.S. and two partner nation service members in a helicopter crash in the Sinai Peninsula operating with the United Nations Multinational Force and Observers (MFO).

Yesterday we recognized the sacrifice of millions of American veterans who have defended our nation for generations, and today we are tragically reminded of the last full measure our uniformed warriors may pay for their service.

I extend the Department’s condolences to the families, friends and teammates of these service members.

MFO has now issued another statement, which has revised the casualty total again back to the original figures of seven dead and one injured.

We are deeply saddened by the loss on November 12, 2020, of seven of our uniformed military colleagues from three countries who died in a helicopter crash during a routine mission. This included one Czech, one French, and five U.S. MFO members, and our thoughts and prayers go out to the families of these soldiers at this difficult time. We wish the one U.S. MFO Member who survived the crash a speedy recovery.

A full investigation of the cause of the crash, which appears to be mechanical in nature, has been launched.

We greatly appreciate the cooperation and support of Egypt and Israel.

The incident is a reminder of the sacrifices MFO Members make in support of the cause of peace.