A fearsome-looking array of weapons artfully arranged in front of the aircraft expected to carry them is a familiar trope of military aviation and has frequently been used for both military “shows of strength” and marketing purposes. Until now, however, there have been precious few opportunities to see Russia’s strategic bombers displayed alongside their potential payloads. That has changed with the accompanying set of photos recently released by the Russian Ministry of Defense.

The three photos, part of a larger package of imagery that was published online by the defense ministry on November 6, 2020, show similarly staged head-on views of the three combat types that currently equip the Russian Aerospace Forces’ Long-Range Aviation arm: the Tu-160 Blackjack, Tu-95MS Bear-H, and Tu-22M3 Backfire-C. Each of the three bomber/missile-carrier aircraft — all of which were developed by the Tupolev design bureau — are presented with a selection of the weapons that they can carry, including rarely seen stealthy cruise missiles. There are some notable omissions, too.

The supersonic, swing-wing Tu-160 sits on the runway behind two rows of subsonic air-launched cruise missiles. Nearest to the jet is a line of 12 Kh-55SM subsonic cruise missiles, codenamed AS-15 Kent by NATO. These are “legacy” nuclear-armed weapons, the original design of which dates back to the late 1970s and which has more recently served as the basis for cruise missiles developed in China and Iran.

Here, the turbofan-powered missile’s control surfaces are folded away. The Kh-55SM can be fitted with two conformal fuel tanks to extend its range to around 1,864 miles and these are seen attached. Some of the Russian Aerospace Forces’ Kh-55SM weapons have reportedly been converted to the non-nuclear Kh-555 or AS-22 Kluge, but those shown all appear to be nuclear-armed Kh-55SMs since they lack the forward stabilizing fins added to the conventional version.

Nearest to the camera in the Tu-160 photo are another dozen examples of the more modern Kh-101/102 stealthy, subsonic cruise missile, similarly mounted on ground-handling trollies. This new-generation weapon was developed in non-nuclear Kh-101 (NATO AS-23A Kodiak) and nuclear Kh-102 (AS-23B) forms from the outset. Just like the Kh-55SM, the missiles are powered by turbofan engines. The maximum range of the Kh-101 missile is reportedly between 1,864 and 2,485 miles and the Kh-102 is said to be able to fly further. These weapons apparently entered series production in 2010-11 and the Kh-101 was subsequently used in combat during Russia’s campaign in Syria, launched by both Tu-160 and Tu-95MS bombers.

The Tu-160 can only carry its weapons internally, in tandem bomb bays. Each contains a rotary launcher that can carry six missiles, for a total of either 12 Kh-55 series missiles or 12 Kh-101/102s.

Like the Tu-160, the turboprop-powered Tu-95MS is currently restricted to the carriage of missiles only, although it too has now gained a conventional cruise missile capability to provide a much greater level of flexibility in the post-Cold War era. In this view, we can see the same types of weapons as arranged with the Tu-160, although the numbers are different: six Kh-55SMs and eight Kh-101/102s.

This Bear-H seen in the picture is an example that has been equipped with four twin hardpoints under the wings to permit the carriage of up to eight Kh-101/102 weapons, which are otherwise too large to fit in the existing bomb bay.

The Tu-95MS also features the same rotary launcher found on the Tu-160, but since it has only one bomb bay, its internal payload is reduced to six Kh-55 series missiles. Around half the fleet are Tu-95MS16 aircraft that can carry 10 more Kh-55 missiles under the wings.

Finally, the intermediate-range Tu-22M3 — another supersonic, swing-wing design — is presented with exclusively freefall armament options, including a pair of enormous FAB-3000 general-purpose bombs, each weighing 6,614 pounds, followed by weapons of increasingly smaller mass, including streamlined weapons and two different types of flat-fronted 1,102-pound general-purpose bombs. Additional bombs are mounted on the Backfire’s external carriers, underneath the fixed section of the wings. All these bombs date from the Cold War period and reflect the fact that the vast majority of ordnance used in combat by the Russian Aerospace Forces is still unguided, with a resulting reduction in accuracy.

Surprisingly, the Tu-22M3’s missile armament is not shown. The Backfire can carry a maximum of three, but more usually one or two examples, of the huge Kh-22 missile, known to NATO as the AS-4 Kitchen, which entered production back in the late 1960s. This delta-wing weapon, powered by a liquid-fuel rocket engine, can be used against both high-value fixed ground targets and warships. Accelerating to near hypersonic speeds over Mach 4 for the final run-in to the target, it remains a problem for air defense systems despite its age. It can carry a nuclear or conventional warhead and has a maximum range of 317 miles. It is now being replaced by the outwardly similar Kh-32, with its range extended to around 559 miles.

While the Backfire has never launched Kh-22 or Kh-32 missiles in combat, they have dropped freefall bombs, most recently over Syria. This may be the reason for the absence of missile armament in this instance. It’s also possible that the Kh-22 is now being displaced by the more modern Kh-32, which may only be optimized for anti-shipping strikes. If that’s the case, the Tu-22M3 load-out may reflect the type’s current weapons options for use against ground targets.

Despite their age, the Russian Aerospace Forces’ three strategic bombers provide a useful capability and one that’s more flexible than the intercontinental ballistic missiles (ICBMs) and ballistic missile submarines (SSBNs) that make up the other two arms of the traditional nuclear “triad.” The fact that the bombers can be forward deployed and, increasingly, can employ different conventional weapons, enhances their utility.

The Tu-22M3, in particular, may appear a relic of the Cold War, representing a class of bomber that has disappeared from Western inventories, although it’s notable that, unlike the Tu-160 and Tu-95MS, the Backfire is not covered by the New START treaty, which places restrictions on the maximum size of the overall bomber fleet. On the other hand, the potential demise of the treaty could see the Tu-22M3’s inflight refueling capability reinstated, to provide it with a true strategic range.

Currently, modernization programs are underway for each of the Russian Aerospace Forces’ three strategically tasked types and a program has been launched to resume production of the Tu-160 and its unique NK-25 engines. These upgrades, plus new-build Blackjacks, should ensure that the Long-Range Aviation arm remains useful at least until the arrival of the promised new-generation PAK DA, although the current timeline for this seems doubtful.

Coupled with high-profile foreign visits and an increasing tempo of long-range “patrol” flights by the Russian Aerospace Forces, it’s perhaps little surprise that the Russian Ministry of Defense is taking this opportunity to display at least some of the payloads of its bombers. 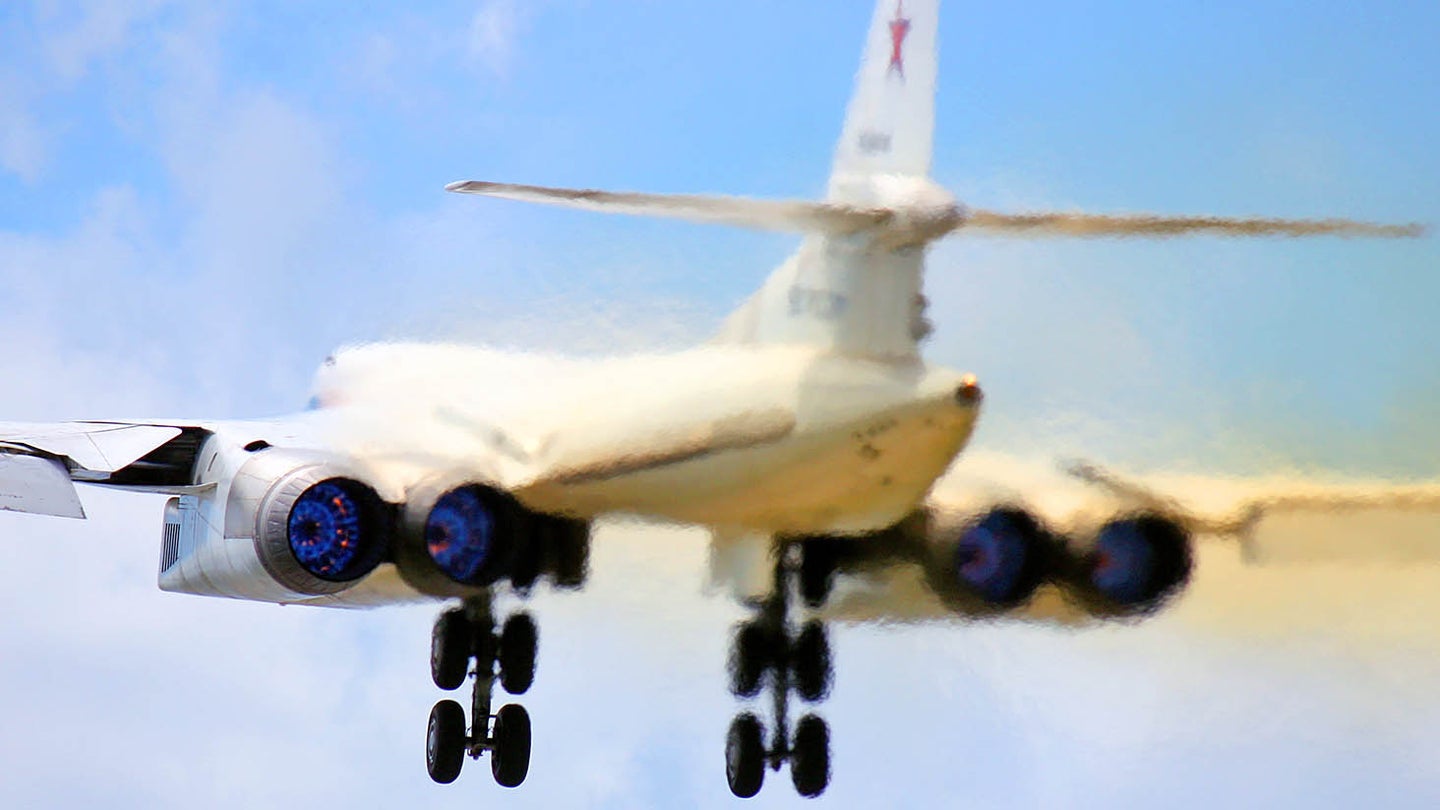 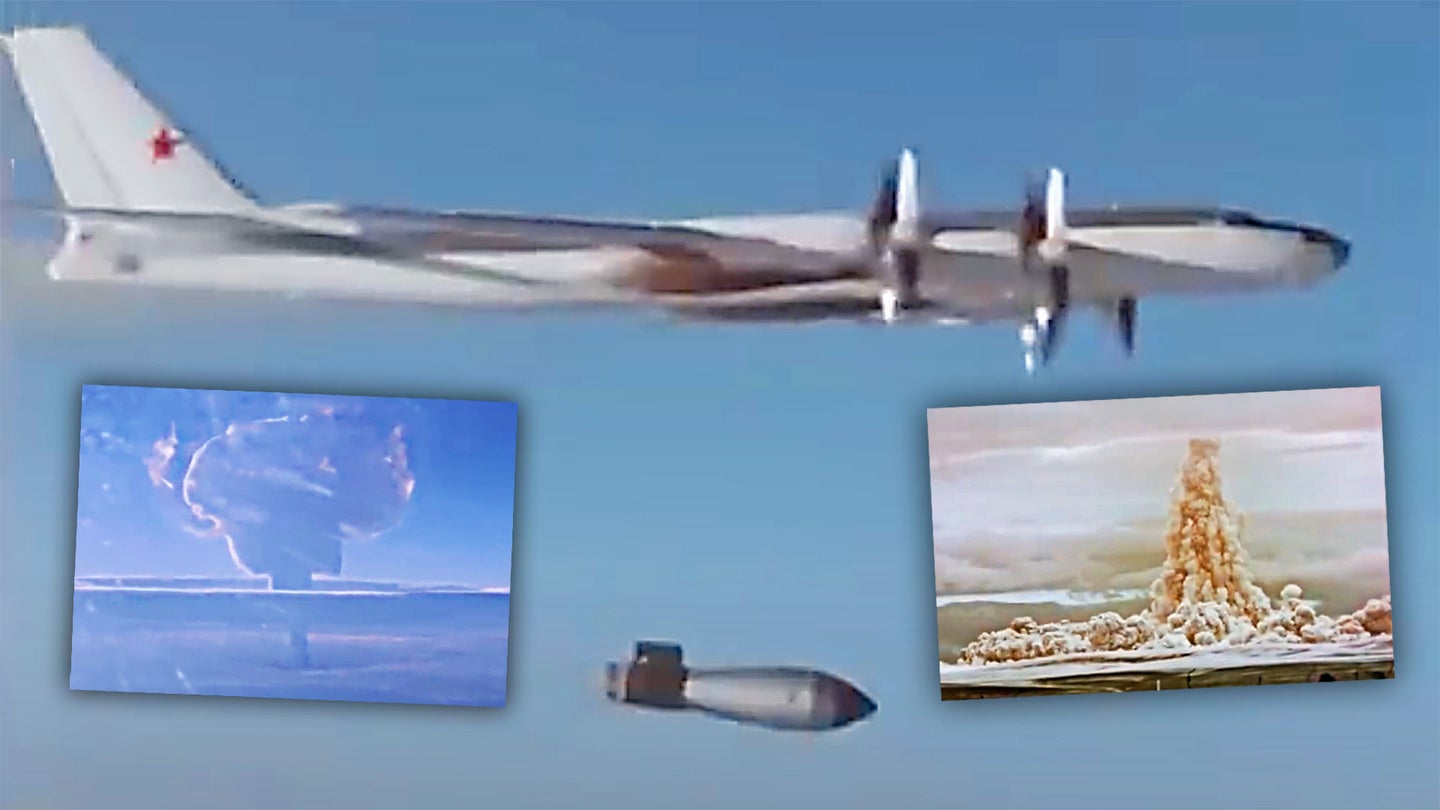 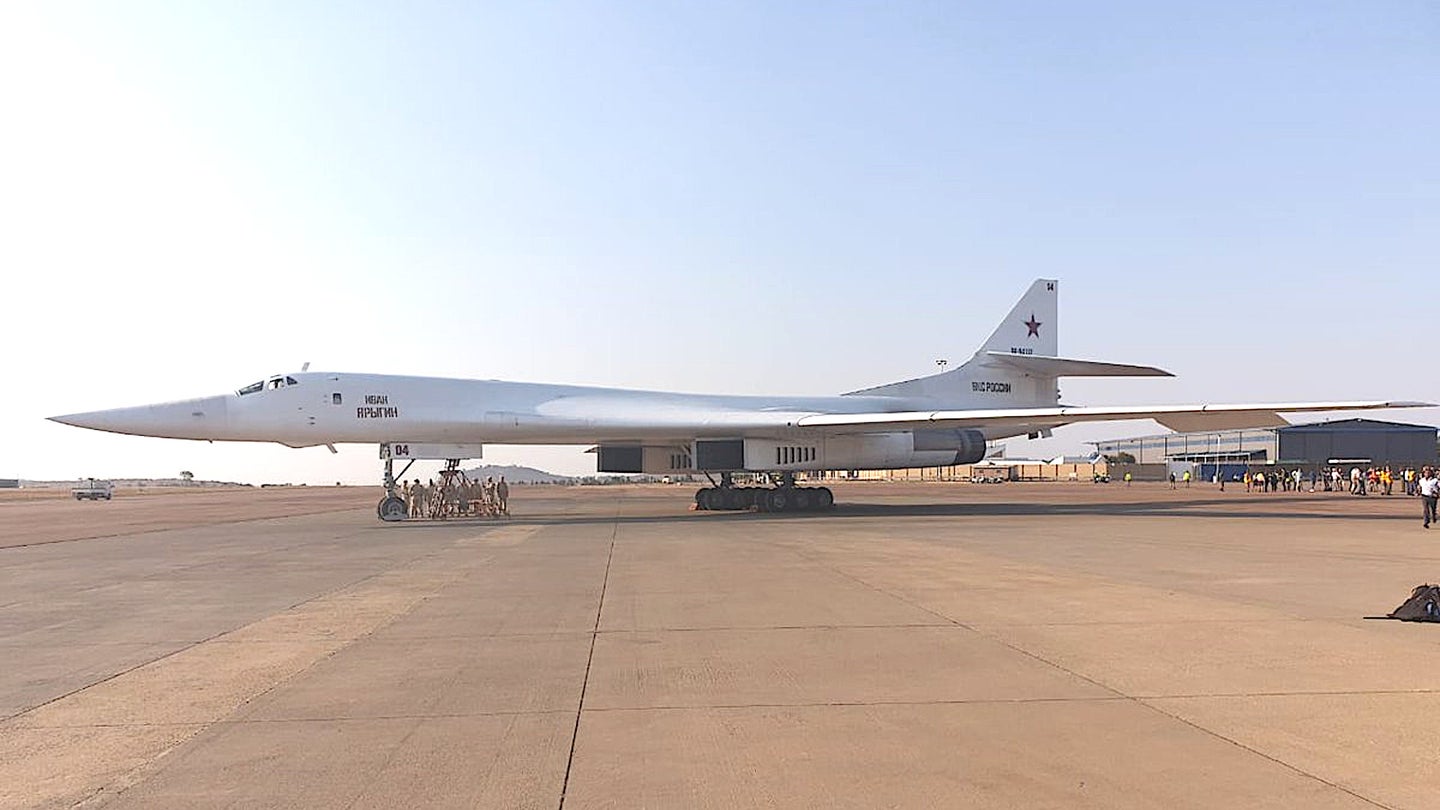