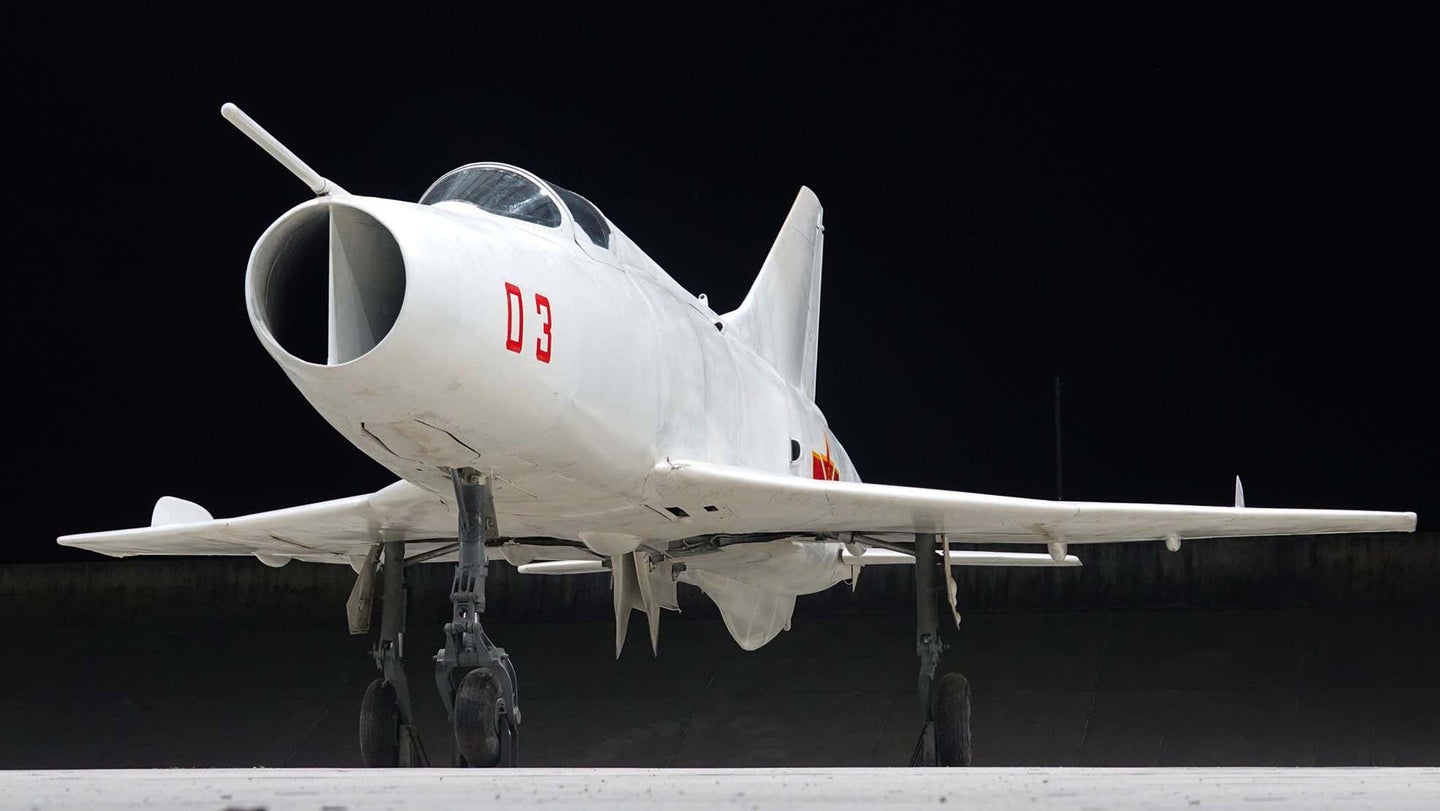 Considering the huge advances made by China’s aerospace industry in recent years, it’s odd that the first jet fighter to be designed and built in that country is almost unknown today. Surviving now as a museum exhibit, the Nanchang J-12 was, for its time, a forward-thinking project for a truly lightweight fighter.

Chinese military aviation developments have long been cloaked in secrecy, but details of such activities during the Cultural Revolution — Mao Zedong’s brutal overhaul of Chinese Communism between 1966 until 1976 — are especially hard to track down. Despite the turmoil of that period, the Chinese industry remained engaged in design work on a range of combat aircraft, including the J-12 lightweight fighter.

Paralleling contemporary thinking in the Soviet Union and the United States, in the late 1960s, the People’s Republic of China began to explore the potential of a fighter that was smaller, lighter, and more agile than the-then current generation of combat jets, typified by the twin-engined MiG-19 Farmer from the Soviet Union and the F-4 Phantom II from the United States. A requirement for the new fighter was first drafted in April 1967 and by 1969 it had been given the official go-ahead.

The new fighter was expected to replace the Shenyang J-6 — a Chinese-built version of the Soviet-designed MiG-19, manufactured in huge numbers — and its design was to take into account lessons from recent conflicts in Southeast Asia and the Middle East. As well as maneuverability, a short take-off and landing (STOL) capability was to be considered, reflecting contemporary concerns about the inherent vulnerability of airfields. Like the J-6, the new fighter was expected to be easy to maintain and cheap to acquire and operate.

Two design teams responded to the challenge, Shenyang with its J-11 (a designation reused years later for a Chinese-made clone of the Soviet-designed Su-27 Flanker) and Nanchang with the J-12. While the J-11 was destined to remain on the drawing board, work on the rival J-12 proceeded quickly, which is remarkable considering the tumultuous nature of the Cultural Revolution.

By August 1969, the basic design of the J-12 had been approved and within 18 months the first three airframes had been completed. The first prototype took to the air on December 26, 1970. Together with a second flying prototype, it took part in evaluations for the next two and a half years, while the third airframe was used for static ground tests.

The design team that created the J-12 was led by Lu Xiaopeng, who had previously been responsible for the Nanchang Q-5 Fantan, a robust ground-attack aircraft derived from the MiG-19. The J-12 was very different altogether. A single-seat fighter, it was powered by a single afterburning WP-6B engine fed by a nose intake. The highly swept wing was tailored for a planned maximum speed of Mach 1.5, although in practice, the fighter’s speed topped out at Mach 1.39.

Unloaded, the J-12 weighed less than 7,000 pounds and its tiny dimensions meant there was no space for an internal radar. Internal fuel capacity was just 2,756 pounds, although a pair of external fuel tanks could be fitted to extend the jet’s range to a maximum of 861 miles.

In contrast, the MiG-21 Fishbed, which was already in production in China as the Chengdu J-7, weighed, in its initial production version, over 10,700 pounds unloaded, and this figure would continue to grow throughout its further development. The range of the early MiG-21, without external fuel tanks, was around 980 miles.

Armament for the J-12 comprised internal 23mm and 30mm guns in the wing roots, with 120 and 80 rounds of ammunition, respectively, plus a pair of short-range infrared-guided air-to-air missiles.

To keep weight to a minimum, and in turn boosting performance and agility, the J-12’s structure made use of metal-honeycomb and early composite structures, which were employed for the first time on a Chinese fighter. Other exotic materials used in its construction included titanium alloys.

The first two prototypes were followed by at least three improved aircraft characterized by a revised air intake, featuring a MiG-21-style center-body cone. Other changes were made in an attempt to rectify some performance shortcomings, including a lighter structure and an area-ruled fuselage. The first of the improved jets — which are sometimes designated J-12A or J-12I — made a maiden flight on July 1, 1975.

After demonstrating to high-ranking Communist Party and air force officials in September 1973, the prospects for the J-12 initially looked good. Unfortunately, even with the improvements made, the jet was still falling short of official expectations of what a modern fighter should offer. Finally, the flight-test program was wound up in January 1977, after 135 flights that included just over 61 flying hours.

In the process, Nanchang had demonstrated that the performance of the J-12 outstripped that of the J-6, including maneuverability, speed, acceleration, ceiling (over 57,000 feet), and take-off and landing performance. The program was officially terminated in February 1978.

Ultimately, the People’s Liberation Army Air Force (PLAAF) considered the J-12 just too small and light to be a useful combat asset. While the move toward lighter weight, lower cost, and improved agility was relevant for the time, the end result offered little more than the J-7.

It’s tempting to wonder whether the fate of the J-12 would have been different had it been large enough to incorporate a more useful load of fuel, avionics, and weapons. As it was, the PLAAF had to wait until the mid-2000s before it got its hands on a truly effective indigenous “lightweight” fighter, the Chengdu J-10. An export-optimized light fighter, the Chengdu-developed JF-17 Thunder, entered service with Pakistan later the same decade.

However, as the progenitor of what’s today a flourishing Chinese military aerospace industry, the J-12 certainly deserves more than a footnote in the country’s aviation history.

The author would like to thank Andreas Rupprecht for his assistance in preparing this article.