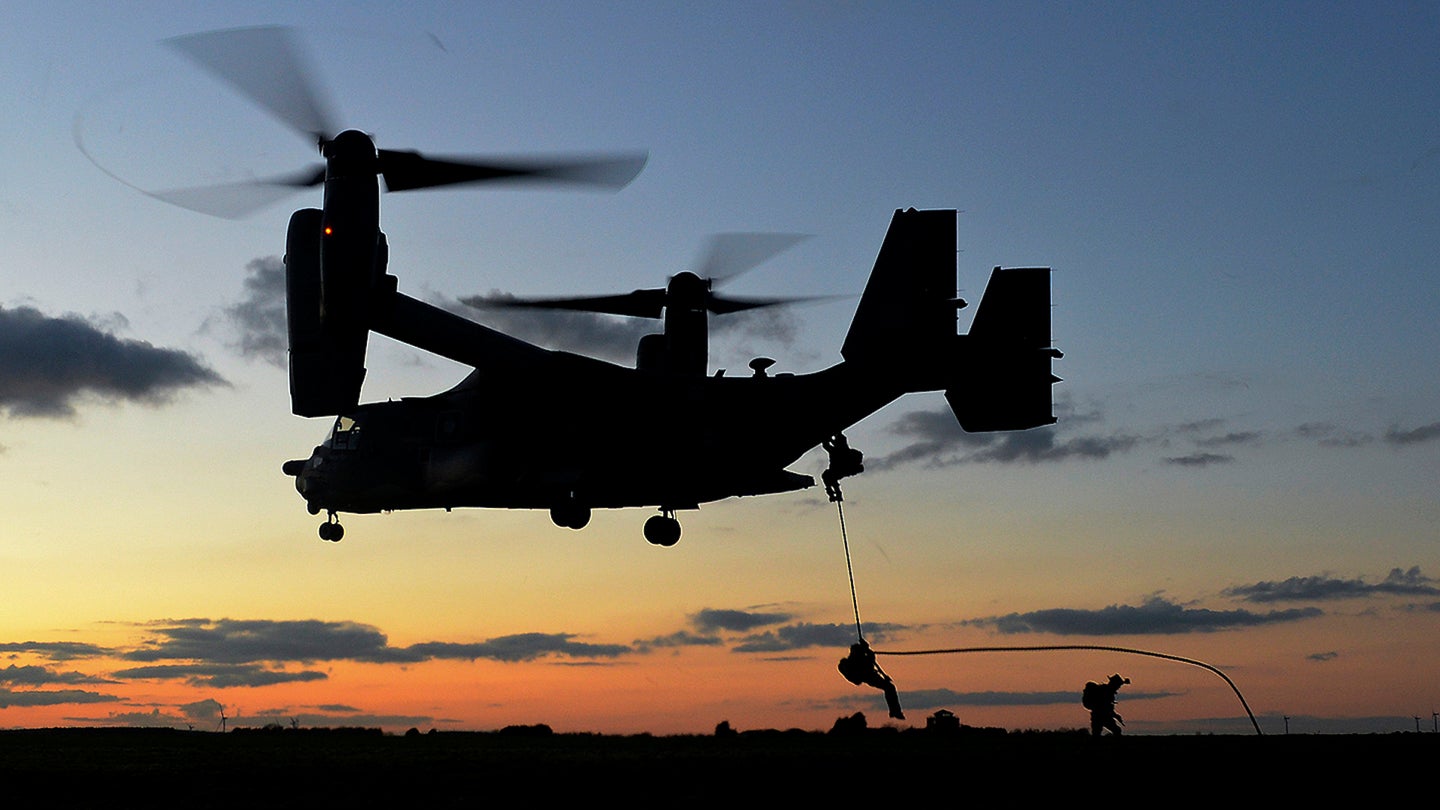 U.S. special operations forces, including members of the U.S. Navy's elite SEAL Team Six, have rescued an American citizen, who was kidnapped just days ago in the northwest African country of Niger, in a raid in neighboring Nigeria. You can read more about what is known about the abduction of 27-year-old Philip Walton from his home in the Nigerien village of Massalata, less than five miles from the Nigerian border, on Oct. 26, in The War Zone's previous reporting on that incident. At the time, we had predicted that some type of special operations mission operation to rescue Mr. Walton could be imminent.

ABC News was first to report on the operation, which occurred at an as-yet-undisclosed location in Northern Nigeria and was conducted with cooperation from Nigerien and Nigerian authorities. The Pentagon has now confirmed that the rescue mission took place in the early hours of Oct. 31, 2020, and was successful, with Walton now safely in the care of the U.S. State Department.

"U.S. forces conducted a hostage rescue operation during the early hours of 31 October in Northern Nigeria to recover an American citizen held hostage by a group of armed men. This American citizen is safe and is now in the care of the U.S. State Department," Jonathan Hoffman, the Chief Pentagon Spokesperson, said in a statement. "No U.S. military personnel were injured during the operation. We appreciate the support of our international partners in conducting this operation."

The Pentagon statement did not say how many members of the armed group who kidnapped Walton had been killed or wounded, but ABC News's report said that all but one of the captors had died in the raid. The status of the remaining individual is unclear.

Details about the exact composition of the raiding force, beyond the inclusion of SEAL Team Six, are limited. The Central Intelligence Agency (CIA) provided intelligence about Walton's location and Marine Corps special operations units deployed in northwest Africa helped to determine where he was being held, according to ABC News.

The raid also included the extremely long-distance movement of forces via multiple C-17A Globemaster III transport aircraft flights and the employment of a quartet of both CV-22B Osprey tilt-rotors and MC-130 special operations transports, the latter of which pushed through Rota, Spain, before continuing to their target. AC-130 gunships and a large contingent of aerial refueling tankers also supported this operation.

The armed group who took Walton remains unidentified, but is said to have not been associated with any known terrorist groups in the region, pointing to some form of criminal enterprise. This would align with the initial reports about the circumstances of Walton's abduction. However, as ABC News noted, criminal groups in the region do have a history of selling foreign hostages to terrorist organizations.

Concern that the American national might find himself at the center of just such a transaction was reportedly the impetus for the operation. This region of northwest Africa is home to multiple factions aligned with both ISIS and Al Qaeda. One of these groups, Islamic State in the Greater Sahara (ISGS), was responsible for the infamous ambush of U.S. and Nigerien forces outside the southwestern village of Tongo Tongo in 2017, which led to the death of four Americans and four Nigeriens.

Niger, where the U.S. military formally opened a new, large base last year, is a major hub for American counter-terrorism operations in the region, as a whole. Nigeria, which has been battling the Islamist terrorist group Boko Haram, and now its splinter faction, the Islamic State's West Africa Province (ISWAP), for years now, has also been an important regional partner for the United States in combating terrorism in northwest Africa.

This is a developing story and The War Zone is already working to confirm additional details and we will continue to update this story as more information becomes available.

@Aircraftspots spots, a master open-source plane tracker and radio interceptor, has more details about some of the aircraft that took part in the mission, telling The War Zone:

The aerial operation consisted of multiple special operations command and aerial refueling aircraft which were all forward deployed to NAS Rota, Spain for the operation. These included four MC-130Js callsigns PINCH41-44, four CV-22s callsigns JOLT31-34, one AC-130J callsign RCH1009, one P-8A callsign MN801, and six KC-135Rs callsigns  QID636/638-642. All of the aircraft flew south over Africa down to a task area near Niger or Nigeria.

Here is the official statement from the White House:

Securing the freedom of Americans held in captivity abroad has been a top national security priority of my Administration. Since the beginning of my Administration, we have rescued over 55 hostages and detainees in more than 24 countries. Today’s operation should serve as a stark warning to terrorists and criminal thugs who mistakenly believe they can kidnap Americans with impunity.

It's also worth noting that some sources state that the SEALs parachuted into the area to initiate the rescue and then were flown out, presumably by the CV-22Bs.