The badly damaged Hercules tanker-transport has been partially disassembled and is awaiting its fate in Thermal, California. 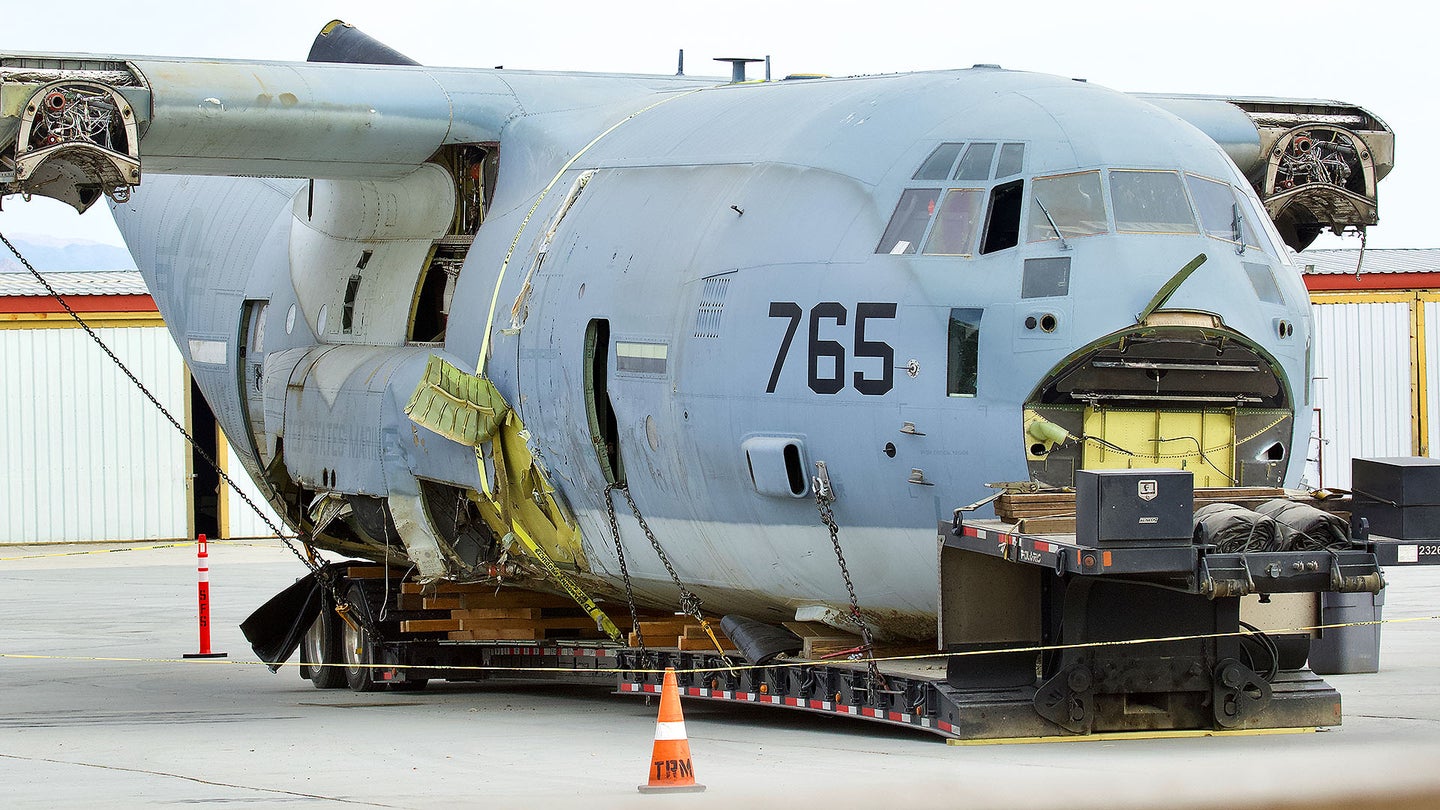 We still don't know much about what exactly caused the collision between a KC-130J and an F-35B, both Marine Corps aircraft taking part in the Weapons Tactics Instructor course out of MCAS Yuma, Arizona, near the Salton Sea in Southern California on September 29th, 2020. What we do know is the KC-130J crew did an incredible job keeping their cool—listen to the air traffic control audio here—and getting the badly damaged aircraft on the ground, a farmer's field near the town of Thermal, with all of its occupants alive. The Hercules tanker-transport, which belongs to VMGR-352 'Raiders,' has since been partially disassembled and moved to Jacqueline Cochran Airport in Thermal and our friend and contributor Matt Hartman grabbed some shots of it.

This is what the aircraft looked like shortly after it made its emergency landing near Thermal:

Fast forward a few weeks and, as you can see, pretty much everything that can be removed from the aircraft has been, with just its fuselage left intact. Still, the damage is severe, especially around its landing gear sponsons. You can see how the skin of the aircraft itself is buckled near the side crew door. There is also a lateral tear in the fuselage ahead of the wing root. This may have been caused by one of the aircraft propellers ripping off its hub and impacting the aircraft. The gash looks very near the propeller-line warning markings on the aircraft.

It isn't clear where the C-130J fuselage will end up. Moving it to nearby NAF El Centro or back to its home base at MCAS Miramar seems most likely. Regardless, after producing the C-130 in various forms for the better part of a century, it's amazing how tough Lockheed's 'haul anything Hercules' is.