Russia is no stranger to road rage incidents and other serious roadway encounters, which sometimes even involve military armored vehicles. Now, a video has emerged on social media reportedly showing a very different kind of joyride reportedly involving drunken Russian conscripts in a BMP-3 infantry fighting vehicle plowing through a barbed-wire-topped concrete wall at Volgograd International Airport in the southwestern region of the country.

The incident at the airport, also known as Gumrak Airfield, reportedly occurred on Oct. 20, 2020, according to a post from Russia's independent news outlet Baza on the Telegram social media network. The vehicle was said to be on its way to a training ground for an exercise at the time. Baza's post added that the airport continued to operate as normal after the BMP-3 came charge through the wall, but that the vehicle damaged part of its security system.

From the video, which appears to have been shot by a closed-circuit television camera at the airport, the crew, drunk or not, certainly seems to have made a deliberate decision to go through the wall. The driver of the BMP-3, which weighs just over 20 and a half tons, does not appear to attempt to stop in any way after first making contact with the barrier.

It's not clear from the video if the vehicle sustained any damage during the incident. The vehicle's turret, which houses a 100mm gun, which can also launch anti-tank guided missiles, and a 30mm automatic cannon, is traversed to the rear, a common procedure on tanks and other heavy armored vehicles during non-combat travel. This at least kept the barrels of those weapons from striking the wall.

Additional pictures subsequently emerged on social media showing the breached wall, as well as an individual in a military uniform, said to be the BMP-3's driver, with various cuts on his face and his hands appearing to be handcuffed behind him. It's not clear if he sustained these injuries during the incident or his apparent arrest.

This appears to be the most "combat," in any sense of the word, that the airport has seen in decades. During World War II, German forces used the airfield to support their operations during the famously protracted fighting in and around the city, which was then named Stalingrad. Soviet troops recaptured it in late January 1943, an important step in cutting the supply chain for the remaining Nazis in the area.

Today, Gumrak is primarily a commercial airport. It saw an expansion in the mid-to-late 2010s as part of a broader effort to improve infrastructure in the country in the lead up to Russia's hosting of the World Cup in 2018. Of course, air travel, in general, around the world, has dramatically slowed now due to the ongoing COVID-19 pandemic.

"We all miss traveling, but please don't try this at home," a Tweet with the video clip that Russia's Moscow Times newspaper posted on Oct. 22 said, in a clear reference to the pandemic's impacts.

Baza's Telegram post also said that the video was an "excellent" contender for a new sequel to a Russian movie from 2000 called Demobbed, also known as DMB, an absurdist comedy cult classic in the country about being a conscript in the Army. There have already been four actual sequels, DMB-2 through DMB-5. "Demobbed" is a colloquialism for being "demobilized," or being released from service after the end of one's conscription period.

Though we don't know what prompted this particular joyride, there have been many horror stories over the years about brutal hazing and a generally toxic environment within the Russian military for conscripts, especially in the initial phases of induction and basic training. Reports of alcoholism and drug abuse are also common.

In a way, this also feels somewhat reminiscent of a bizarre incident in 2018, in which Joshua Philip Yabut, then a Lieutenant in the Virginia Army National Guard, led police on an unusual chase after stealing an M577 armored command vehicle from Fort Picket in Blackstone, Virginia. Yabut, who was under the influence of drugs at the time, was charged with driving under the influence, felony eluding, and unauthorized use of a vehicle, but was found not guilty by reason of insanity in 2019. He was subsequently released with strict conditions, including a court-ordered mental health treatment plan.

It remains to be seen what will happen to the Russian conscripts who were involved in this dramatic intrusion onto the grounds of Volgograd International Airport. 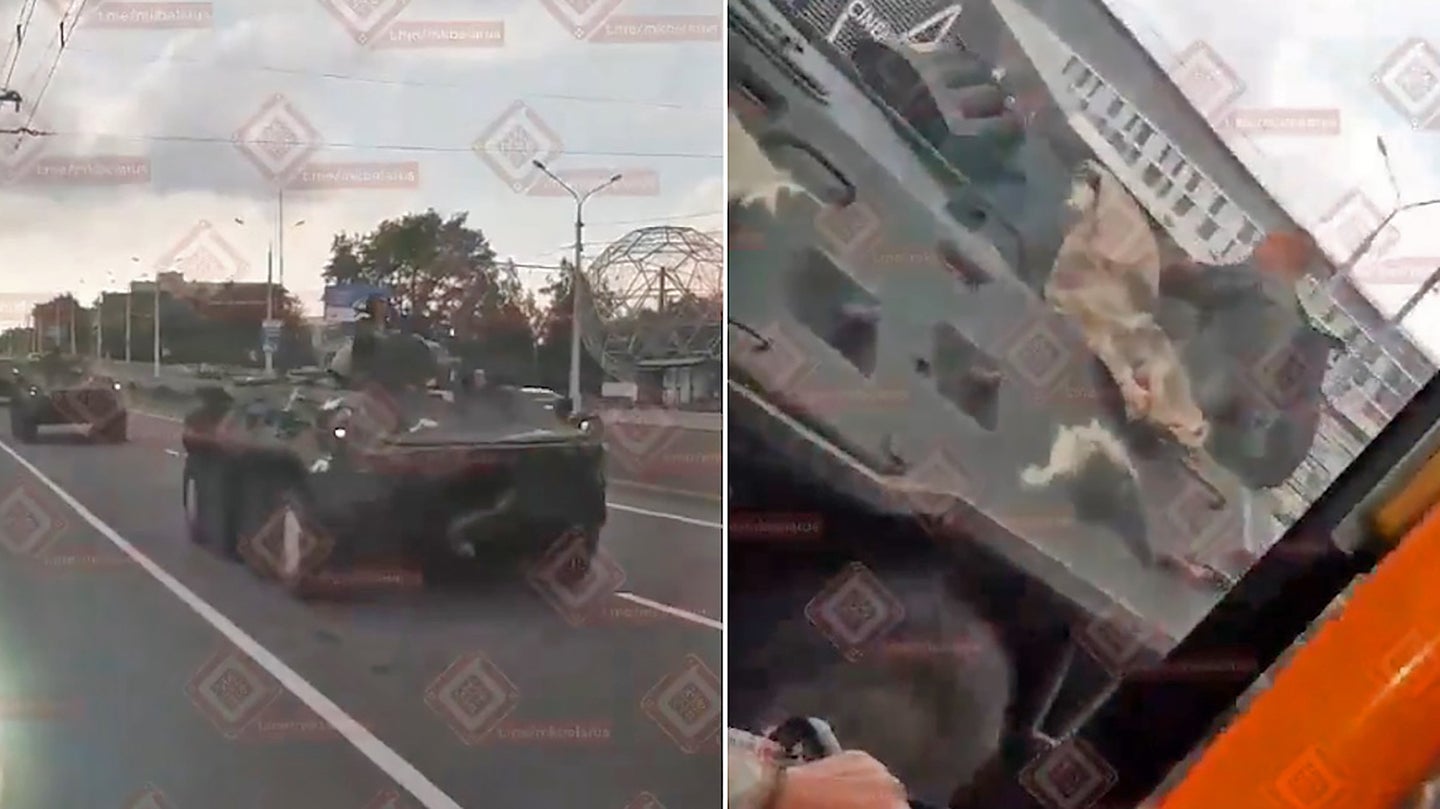 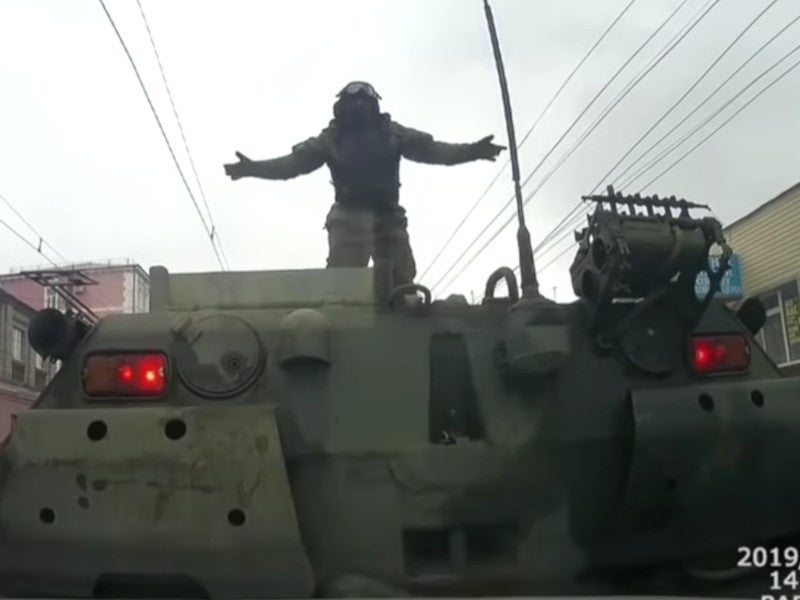 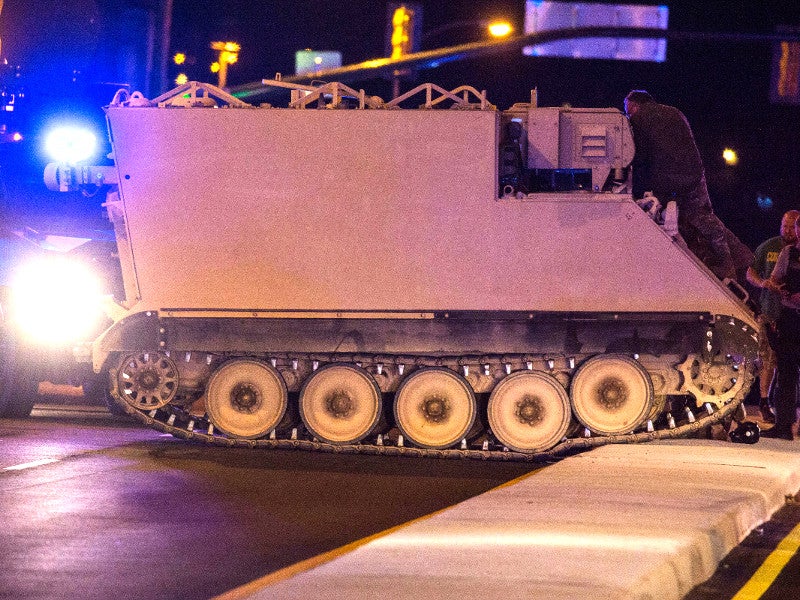