That is one hell of a bootlegger's turn. 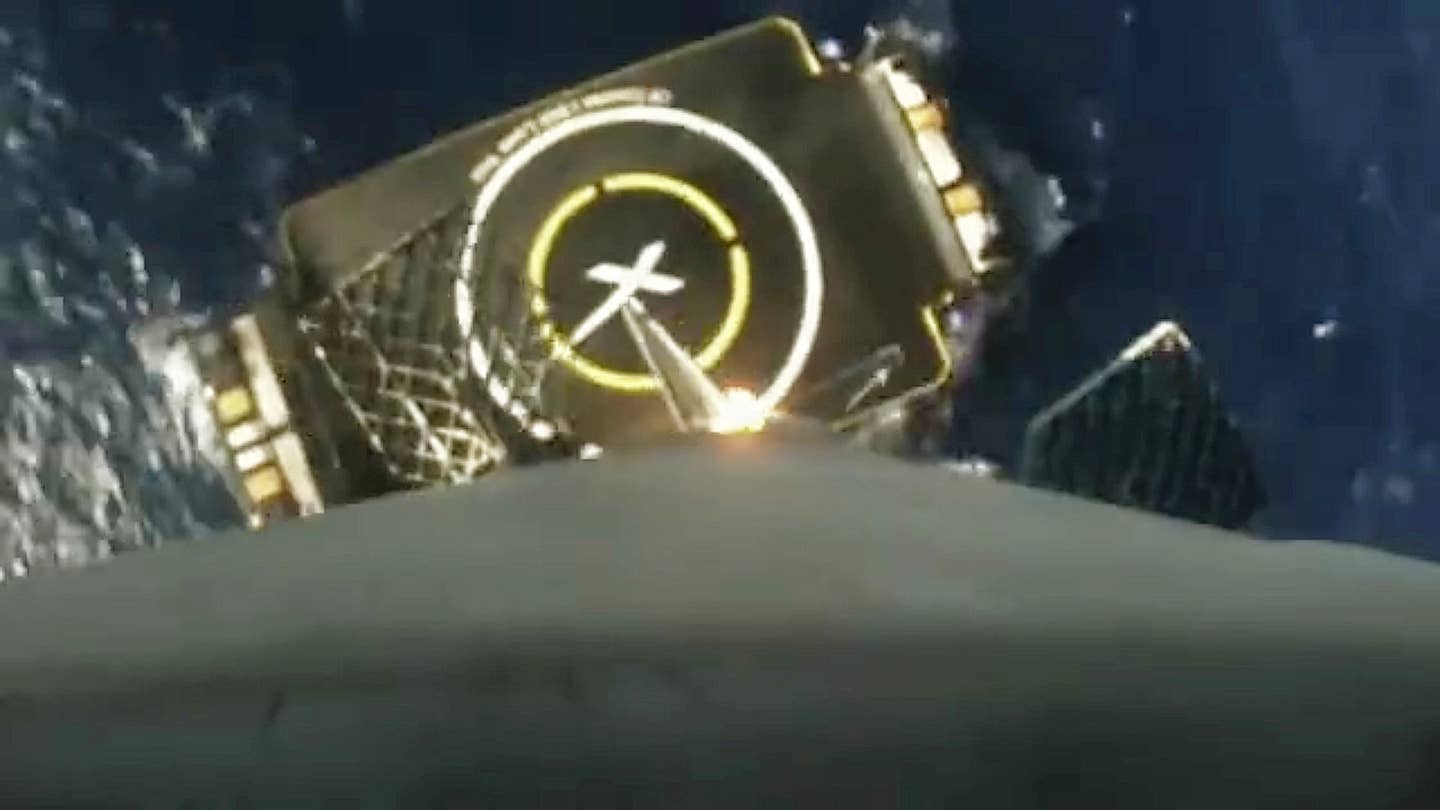 SpaceX's Falcon 9 rocket—well, at least its first stage—executed yet another stunning vertical landing Friday. The rocket blasted off Friday from Cape Canaveral Air Force Station after a one day launch delay due to a technical glitch.

After doing its part in lugging its "Thaicom 8" communications satellite payload into geostationary transfer orbit, the Falcon 9's first stage did its flip maneuver and careened through the atmosphere back to Earth. Its targeted landing site was SpaceX's unmanned barge positioned about 400 miles off Florida's eastern shore. And it did just that, sticking the landing without incident.

The landing was captured via an on-board rearward facing camera system, resulting in this spectacular time-compressed video:

This was the Falcon 9's third vertical barge landing in less than two months and its fourth vertical return since making history after landing at Cape Canaveral last December,

The second of the recovered Falcon 9 first stage boosters will be reused this summer. This move is part of the process of proving the business case for reusable rockets. It is hoped that these landings can drastically lower launch costs—up to 100 times according to SpaceX—and increase access to space for a host of new customers and applications.