Waking up to a sea of missile launchers and military vehicles left some asking what was going on and nobody seemed to have an answer, until now. 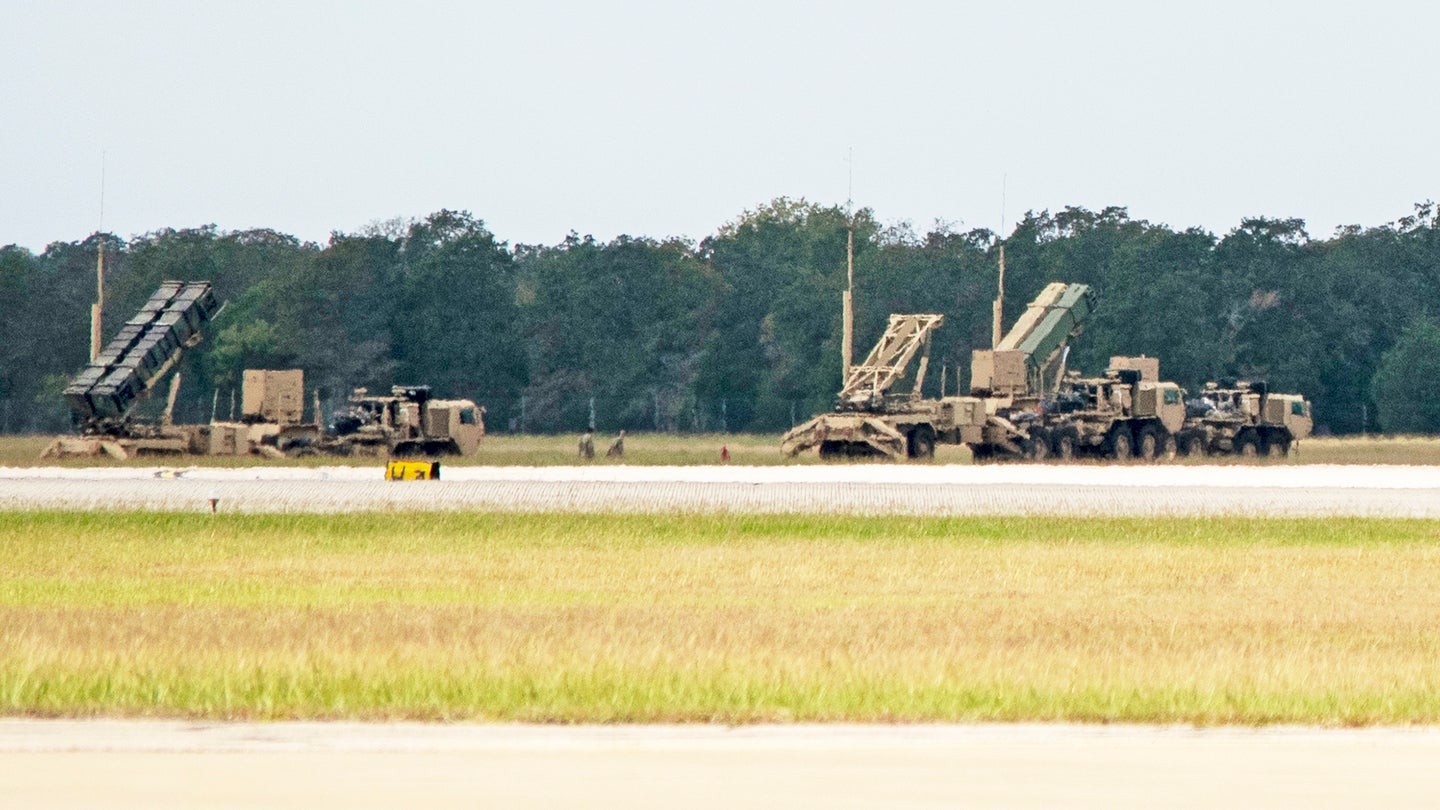 The inbox here at The War Zone can be pretty interesting on any given morning, but today's correspondence featured something you definitely don't see every day—an entire Patriot air defense battery sprawled out on a runway at a small regional airport. Apparently, very few people, if anyone, at Easterwood Airport in College Station, Texas knew exactly what was going on with the sudden deployment of the Army's preeminent air defense system, either.

"Nobody knows anything, they just showed up" one commercial pilot that flies in and out of Easterwood daily told The War Zone.

We reached out to the Easterwood Airport's administration and they had very little knowledge of what exactly was the deal with the Army setting-up shop on their grounds. They mentioned that around 300 soldiers accompanied the radars, command and control elements, and multiple transporter-erector-launchers that make up the Patriot system that is currently arrayed along Taxiway G and Runway 11-29 at the airport.

The airport is still open and traffic is coming and going, although it looks a bit like a war zone. Notices to airman (NOTAMs) have been published denoting that the taxiway and runway will be closed for a week.

Airport officials also mentioned that they were told the battery came from Fort Hood, also in Texas, and gave us a contact number there to inquire with. We called that number and also reached out to Fort Hood's public affairs team and got an answer to the mystery.

The public affairs officer for the 1st Battalion, 44th Air Defense Artillery Regiment (1-44th ADA), part of the 69th Air Defense Artillery Brigade at Fort Hood, told The War Zone that the unit was executing a relatively rare deployment where they set up shop in an unfamiliar location, just as they would during a crisis. After setting up their gear, which as you can see in the images below is quite extensive, as well as an operations center, they will operate as they would in a wartime-like setting and run drills associated with a real-world deployment, This includes defending against air-breathing threats, such as airplanes and cruise missiles, and high and fast-flying ballistic missiles. It's worth noting that there are no live missiles being used as part of the training evolution.

There will also be an opportunity for ROTC Cadets from nearby Texas A&M University to take part in the exercise and see what one of the Army's top air defense battalions looks and operates like during an actual deployed operation.

As to why this airport was chosen, it isn't exactly clear. But an operational airport facility like this is likely much more realistic to train for expeditionary operations at than a vacated one. An active airbase may have been considered a bit too familiar and convenient. Air defense batteries are often deployed to airfields overseas. Still, we really can't remember when such a high-profile deployment has occurred at a small civilian airport in the past.

So, there you have it! The folks at the airport are getting a front-row look at a Patriot unit in action and the soldiers that are deployed to Easterwood Airport are getting some high-level training. And once again, while there has been an uptick in homeland air defense training as of late, this Patriot battery is just there to simulate expeditionary operations, although that's not to say that their services couldn't be called upon in a crisis to defend key areas of the country.

We will update this post when we find out more information as to the true nature of this very peculiar deployment.