The XB-1 will support the continued development of Boom’s Overture supersonic airliner that is slated to fly at over twice the speed of sound.

Boom Supersonic has officially unveiled its XB-1 supersonic demonstrator aircraft, which has also been referred to as the "Baby Boom." The company plans to begin flying the jet next year as part of work on a larger, 55-seat supersonic airliner design known as Overture.

The Colorado-headquartered aviation firm rolled out the XB-1, which carries the U.S. civil registration code N990XB, in a virtual event due to the COVID-19 pandemic on Oct. 7, 2020. The company first said it was developing this demonstrator in November 2016, some eight months after announcing its plans for Overture.

A video of the full rollout enter can be found below:

The 71-foot long XB-1 features an elongated delta-wing planform with a wingspan of 17 feet that "balances low-speed stability at takeoff and landing with high-speed efficiency," according to Boom's press release. The aircraft makes heavy use of carbon-composite materials in its construction, which will maintain their "strength and rigidity, even under the high temperatures and stresses of supersonic flight." The demonstrator is meant to be a one-third-scale prototype of the future Overture airliner.

Three General Electric J85-15 turbojets, providing more than 12,000 pounds of thrust, in total, will power the jet, which is expected to have a top speed of around Mach 2.2. These engines are variants of the same engine used in the U.S. Air Force’s T-38 Talon jet trainer, among other aircraft. Boom also says that aircraft has "one of the highest-efficiency civil supersonic engine intakes ever tested" to go along with these powerplants.

The intakes, along with the exhausts, reportedly have variable geometry. This could contribute to Boom's claim that the final Overture airliner could be "30 times quieter than Concorde." The aircraft's advanced aerodynamic shape will also impact the kinds of sonic booms it produces and how those are perceived by individuals on the ground.

Overall, the XB-1 has a very long and slender shape to its fuselage, as have most supersonic commercial aircraft designs historically. Its long nose presents a real obstruction to the pilot's vision, which other designs, such as the Anglo-French Concorde, got around by using a complex forward section that physically "drooped" down during landing. The Baby Boom will have an advanced x-ray-like remote vision system that will allow the pilot to "see" through the nose, a concept that Lockheed Martin is also employing on its X-59 Quiet Supersonic Transport (QueSST) testbed that it is building for NASA.

Boom hopes to make waves in the air travel sector with Overture, which could also have a top speed of Mach 2.2 and a cruising speed of just under Mach 2. With an expected maximum range of 4,500 nautical miles, the company says it has identified more than 500 viable commercial routes, including runs between New York and London, which the Concorde also famously flew. The noise pollution caused by sonic booms is still an issue, as it was with Concorde, so the company envisions the aircraft traveling at subsonic speeds over populated landmasses.

The trick will be ensuring that Overture is low-cost and reliable enough to make it a practical alternative to existing subsonic airliners. "On an available premium-seat-mile basis, Overture is meaningfully less costly to operate than subsonic widebody aircraft," Boom's website says, but does not give a hard cost per flight hour to operate the aircraft. Boom does state that they are targeting a seat cost to be around that of a business class international ticket on existing airliners.

Boom says that the airliner has a projected unit cost of around $200 million each, not including a customer's desired interior configuration and other unspecified optional extras. This would make it cheaper than many subsonic widebody airliners now on the market, but those aircraft can also carry substantially more passengers. For example, in 2018, Airbus said that the average price of one of its popular A330-200s was approximately $238.5 million, but that aircraft has a maximum seating capacity of 406, nearly four times that of Overture as presently planned. Boeing says that the average price of one of its 767-300ER airliners is around $217.9 million, but again, those planes can seat nearly 300 passengers, depending on the internal configuration.

There has already been not insubstantial interest in the Overture, though, with Boom saying it has commitments to buy up to 76 of the jets from five airlines, including Virgin and Japan Airlines (JAL). Virgin Group has been a major investor in Boom for years now, as well. The Spaceship Company, a Virgin Galactic subsidiary, was previously reported to be preparing to assist in building and testing the airliners.

In all reality, the private jet market could draw huge demand for an aircraft like Overture. For someone who has everything, or big businesses where time is literally money, buying back some of that time through faster air travel is already the norm, not the exception. Going from transonic cruise to over Mach 2 is one heck of a proposition. Even though Boom's price tag is over twice that of the most capable business jets, it won't stop many from pursuing it that have the means. An aircraft like this is also positioned to become the ultimate status symbol.

Supersonic airliner-type aircraft could have military applications, as well, as The War Zone

Boom has previously announced an ambitious timeline for testing the XB-1 and the continued development of the Overture. The goal now is to complete ground testing of the Baby Boom demonstrator and then begin flight tests next year. In 2022, the company hopes to have completed construction of a new manufacturing plant for the Overture, which will then roll out the first of those airliners three years later.

There have already been some delays with both the XB-1 and Overture programs. Boom had hoped to begin flight testing of the XB-1 before the end of this year, but pushed that back to make improvements to the aircraft's stability augmentation system to improve safety margins for landing and taking off at high speeds. As of 2017, the plan had been for the first Overture airliner to enter service in 2023.

Still, with the XB-1 demonstrator now complete, it will definitely be exciting to see how testing progresses in the months ahead. 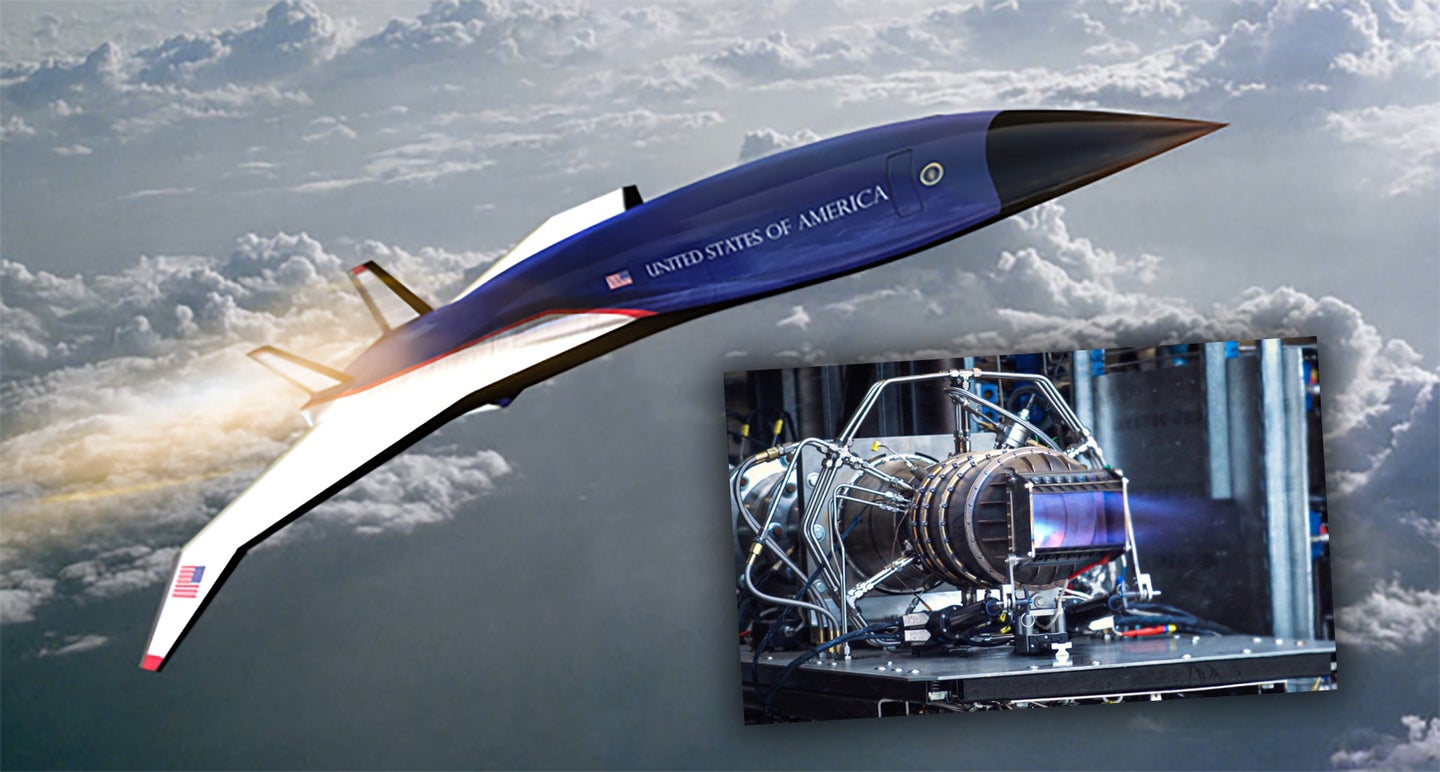 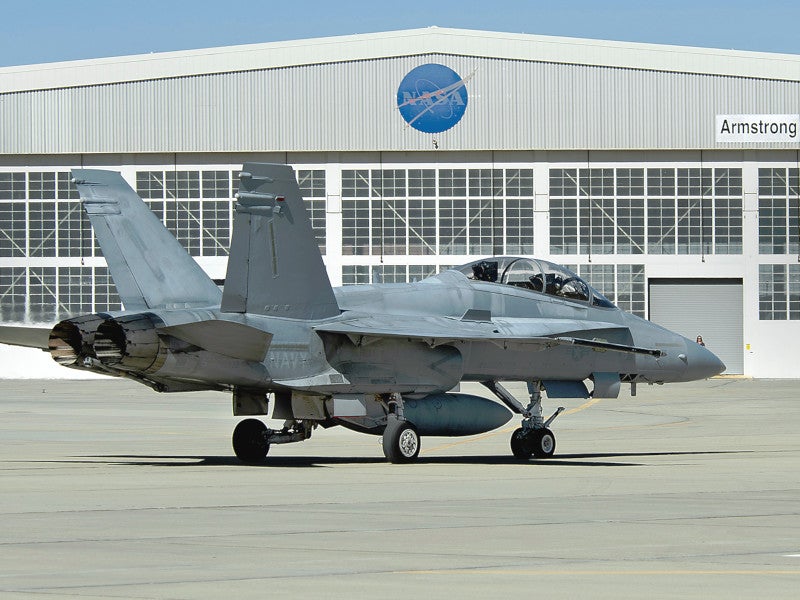 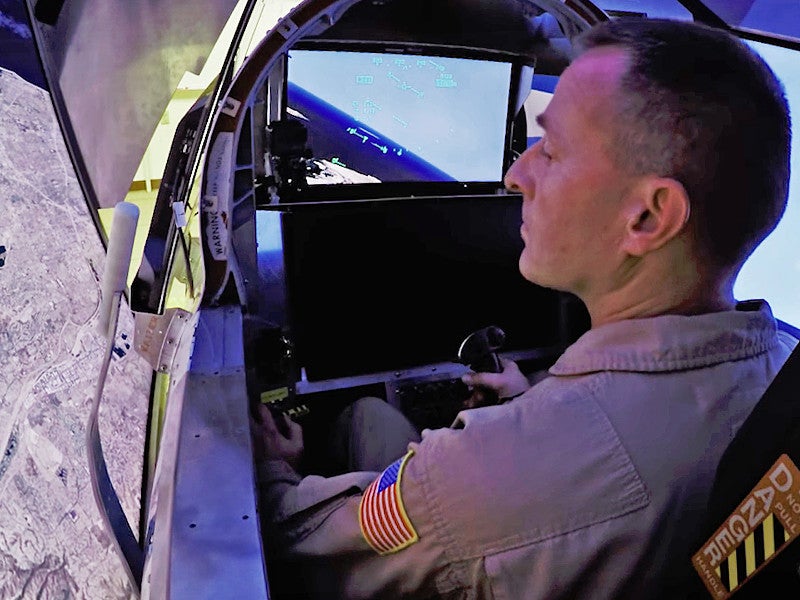