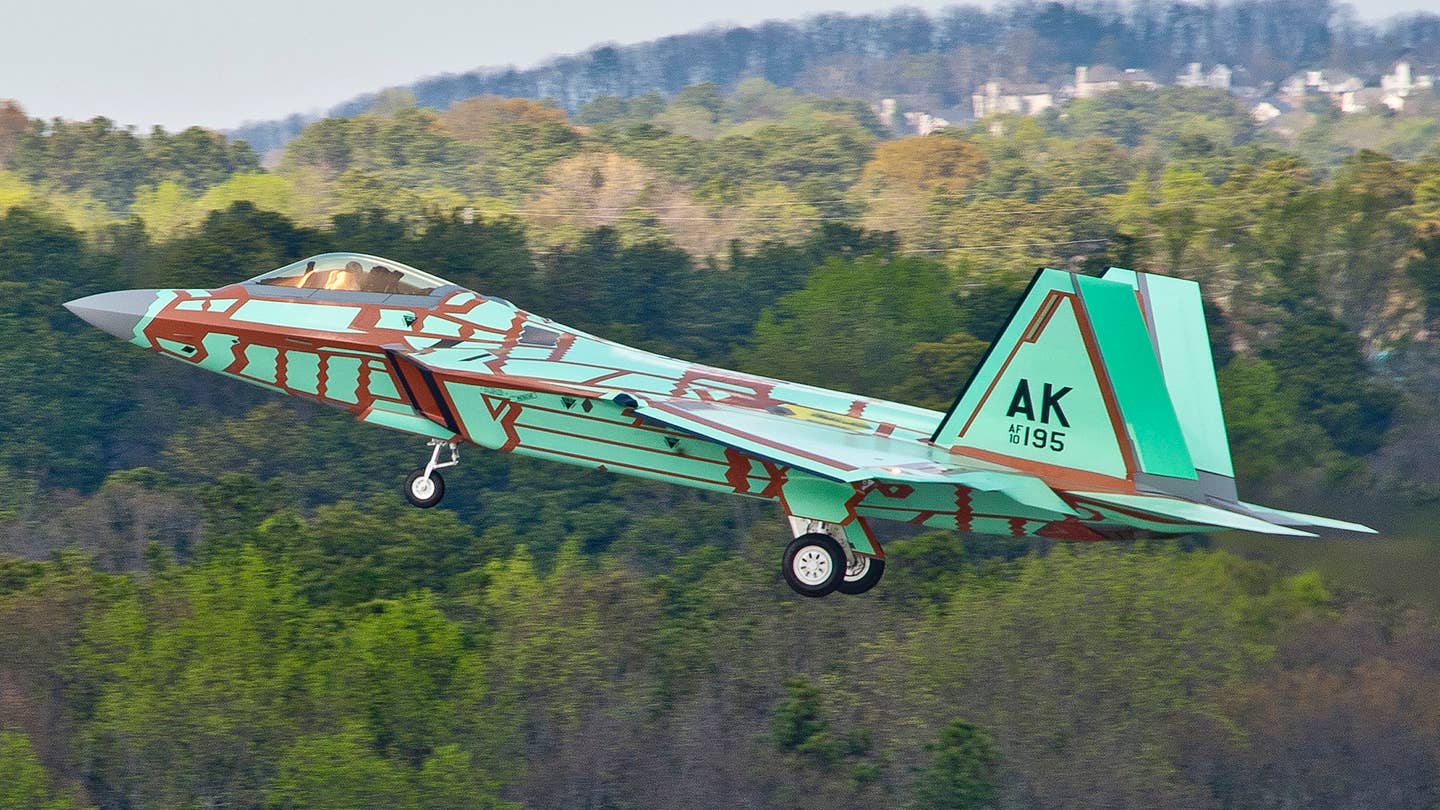 Some of us never got over Washington’s abysmal decision to shutter the F-22 production line early, a move that has resulted in an unfairly small Raptor force of just 125 combat-coded jets at any given time. In the past year or so, higher-ups in the USAF’s power structure have conceded that their predecessors blew it by deciding not to build more of the world’s only truly operational fifth-generation fighter. Now, Congress is calling to look into restarting the F-22 production line, and even the USAF’s outgoing head honcho is jumping on the F-22 production re-start bandwagon.

“I don’t think it’s a wild idea, I mean the success of the F-22 and the capability of the airplane and the crews that fly it are pretty exceptional. I think it’s proven that the airplane is exactly what everybody hoped it would be… We’re using it in new and different ways and it’s been spectacularly successful and its potential is really, really remarkable. And so going back and looking and certainly raising the idea: Well, could you build more? It’s not a crazy idea.”

Within the Pentagon, the subject of building more Raptors has been taboo for the better part of a decade, after the Defense Department circled the wagons around the F-35 program in the late 2000s. Pursuing anything that could compete with the F-35’s existence was seen as heresy.

The conversation around ending F-22 production was an especially prominent pain-point between Secretary of Defense Robert Gates, Air Force Chief of Staff Michael Mosley and Air Force Secretary Michael Wayne. Mosley and Wayne were eventually ousted at least partially because they opposed Gates’s push to end production of the Raptor at just 187 production examples, a move tacity supported by the Bush Adminstration and fully endorsed by the Obama Administration.

Now, close to a decade later, it is clear this decision was a monumental mistake, as the F-35 program continues to flounder and its air-to-air combat deficiencies become clearer. Meanwhile, the now combat-proven F-22 has risen to prominence as one of America’s most valued and high-demand foreign policy tools.

Even with the momentum building in Washington to hatch new Raptors, and as the USAF completes a congressionally mandated study into how much a restart of the F-22 line would cost, don’t get your hopes up. The Air Force is already scrambling for budget to pay for the fighter fleet it plans for the future, with funding diving into the red as early as 2021. More F-22s would come at the expense of outrageously pricey F-35 program.

Even if the USAF is changing its tune when it comes to procuring more F-22s, it would likely mean a drop in the USAF’s F-35A total buy of 1,763 jets. The manufacturer of both aircraft, Lockheed Martin, says that the move would lead to higher F-35 unit costs and could send the program into a death spiral. (And no, Lockheed doesn’t win either way just because they build both jets.)

The F-35 represents the largest defense acquisition in history, one that will provide massive amounts of cash flow well into the latter half of the 21st century. By comparison, producing a couple hundred more F-22s is a drop in the revenue, even if a highly upgraded version of the jet was pursued.

The “built in 46 states” F-35 isn’t the only program that stands in the way of an F-22 production line re-start. Other big-ticket priorities like the B-21 bomber stand in its way. Even a pipe-dream sixth-generation fighter is on the USAF’s fiscally unsustainable wishlist, which is an even harder sell when you are pumping out upgraded F-22s.

It is also notable that Welsh is making this statement as he exits his jobs as the chief of the USAF. What really matters is what his successor, General David Goldfein, thinks. So far he is saying the right things about other key USAF weapon systems, like the highly relevant A-10, a plane Goldfein sees as highly valuable in the fight against ISIS, stating the following to the Military Times:

"When we made decisions on retiring the A-10, we made those decisions prior to ISIL. We were not in Iraq, we were coming out of Afghanistan to a large extent. We didn't have a resurgent Russia at the time frame that we were talking about retiring the A-10, and so when the assumptions change and they don't pan out, we've got to be agile enough to adjust."

Maybe Goldfein, who has time in F-16s, F-117s and a smattering of other aircraft including unmanned systems, will put this more “agile” mindset to work by pushing for more F-22s. But still, even for a guy that was shot down behind enemy lines over Serbia, it may be too ominous a battle to fight.