There are now two companies flying boom-equipped tankers, which are rare assets in the private sector that look set to be increasingly in demand. 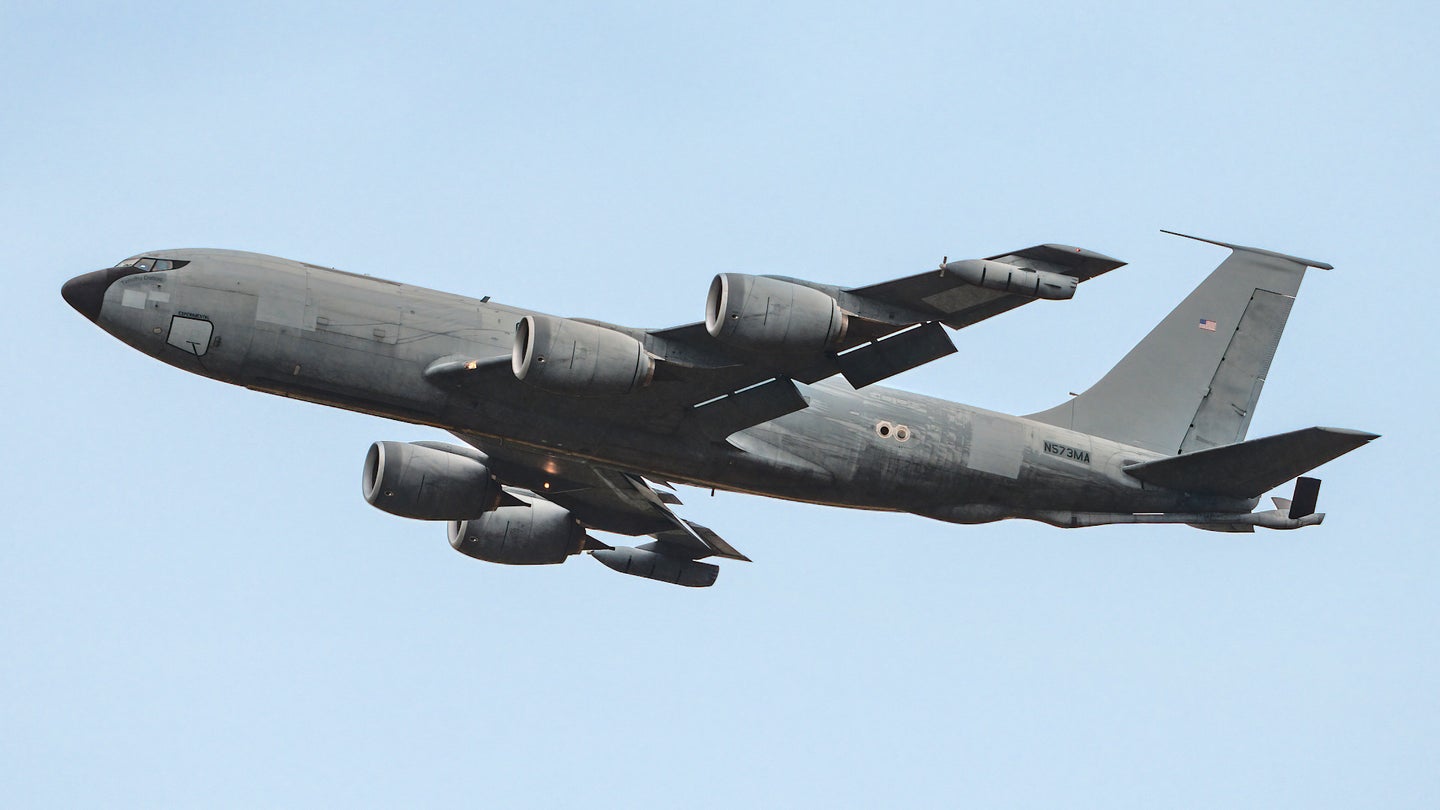 Meta Aerospace has revealed that it is the buyer of four former Republic of Singapore Air Force KC-135R Stratotankers, which it says will provide private aerial refueling services to the U.S. military. This makes it only the second commercial firm to acquire boom-equipped tankers, the first being Omega Air Refueling.

was first to confirm that the defense contractor, which is headquartered in Washington, D.C., had acquired the quartet of ex-Republic of Singapore Air Force (RSAF) KC-135Rs, that the service retired last year. The first of these aircraft, which now carries the U.S. civil registration code N573MA, is now at March Air Reserve Base, an Air Force Reserve base in California, after having left Singapore earlier this week. The company said that it expects the other three aircraft to touch down in the United States by the end of November.

In addition, the Meta Aerospace site says that it has partnered in its private aerial refueling endeavors with Consolidated Air Support Systems (CASS), another aerospace contractor headquartered in Temecula, California. CASS' Allied Defense Services International (ADSI) division provides tanker-related training services, among others, to various air forces. Posts on Twitter had indicated that CASS-ADSI had posted job listings looking for boom operators recently on Linkedin, but there do not appear to be any active job listings on that site for that company at the time of writing.

Meta Aerospace's purchase of these four KC-135Rs comes as U.S. Transportation Command (TRANSCOM), by way of the U.S. Air Force, continues to explore options for hiring private contractors to provide aerial refueling support for non-combat activities, including test and evaluation, training, and general long-distance movement of aircraft, especially fighter jets, from one location to another. Having companies fly tankers acquired on the foreign surplus market is one of five options the Air Force previously identified in a report to Congress, which you can read about in more detail in this past War Zone piece.

Omega Air has already been providing non-combat tanker support to the U.S. Navy and Marine Corps since 2001, but the bulk of its fleet is configured to support aircraft that use the probe-and-drogue refueling method, which those services, among others, use. The Air Force primarily uses the boom refueling method and TRANSCOM will need to hire firms operating these types of tankers if it hopes to provide these services across the U.S. military, as a whole. The ex-RSAF KC-135Rs do also have underwing probe-and-drogue refueling pods, which could make them more flexible in meeting the command's requirements, as well.

As it stands now, TRANSCOM, through the Air Force, is eventually expecting to award contracts to one or more companies to provide up 5,000 flight hours of aerial refueling support each year. Previous draft contracting documents have suggested that this number could grow to 10,000 flight hours. The Air Force's Air Mobility Command (AMC) has also said there are 25,000 "non-supported flying hours" when it comes to tanking requirements just for test and training activities, according to Air Force Magazine.

The strain on the Air Force's own tanker fleets could grow further in the near term as the service looks to retire its older KC-135Rs and KC-10A Extenders. Delays and difficulties with the new KC-46A Pegasus, especially its Remote Vision System (RVS) that the aircraft's boom operators use to link up with receiving aircraft, may further exacerbate these issues, which you can read about in more detail in this past War Zone piece.

Boeing, the KC-46A's manufacturer, is in the process of overhauling the design of the RVS entirely. The Air Force has said it will not use these tankers for day-to-day refueling missions, even in many non-combat roles, until that system is fixed.

Quality control also remains a major issue with the KC-46As. Just today, a Senate Armed Services Committee hearing revealed that the delivery of a Pegasus to the New Hampshire Air National Guard's 157th Air Refueling Wing was halted due to an electrical issue, that Boeing is now working to fix. The company has also had to stop deliveries of KC-46As on multiple occasions in recent years due to the repeated discovery of foreign object debris in completed aircraft.

All told, competition for what look set to be lucrative private aerial refueling deals with the U.S. military appears to be heating up with Meta Aerospace and CASS-ADSI joining the still very small ranks of companies operating boom-equipped tankers.

Special thanks again to Hans Jacobs for sharing his awesome pictures of N573MA leaving Singapore with us.