Offers for the Boeing CH-47 and Sikorsky CH-53K were both judged too expensive.

In a surprise development, Germany has, for the time being, ditched its plans to buy a new heavy-lift helicopter, after Boeing’s CH-47F Chinook and Sikorsky’s CH-53K King Stallion were both judged too expensive. This means that the German Luftwaffe’s aging CH-53G series helicopters will have to soldier on in service for the immediate future, at least.

The German Ministry of Defense’s cancelation of the tendering procedure for the Schwerer Transporthubschrauber (STH) program, German for Heavy Transport Helicopter, was announced on September 29, 2020. An official statement, in German only, explained the reason for the termination of the process:

“In the context of the ongoing tender, it was recognized that realization of the project within the planned financial framework and simultaneous fulfillment of all requirements is unlikely,” it reads, according to The War Zone’s translation. “The awarding authority of the Federal Office of Bundeswehr Equipment, Information Technology and In-Service Support assessed the offers presented as uneconomical and for this reason, canceled the award procedure.”

While the German Ministry of Defense says it still aims to replace the existing CH-53G “in a timely manner” it admits that the project now needs to be “reexamined” and this will inevitably have an impact on the previous planning. The goal had been to award a contract for new helicopters in 2021.

Berlin had received offers from both Boeing and Sikorsky, for the CH-47F Chinook and CH-53K King Stallion, respectively. According to unconfirmed reports in the German media, both submissions were almost twice as expensive as expected.

Back in March 2019, it was reported that the government in Berlin was to allocate $1.8 billion under its budget plan to pay for the new helicopters. This earmarked the STH as one of the “mandatory elements” within the country’s defense expenditure until 2023. In the longer term, the program was expected to cost approximately $4.54 billion.

Clearly, priority status was not enough to ensure the safety of the STH program, which had been expected to result in the acquisition of 45-60 helicopters.

In the meantime, the Luftwaffe might face an uphill struggle in keeping its existing CH-53G fleet flying, despite successive upgrades. These rotorcraft first entered service in 1972. In May 2019 it emerged that, of a total of 71 CH-53Gs assigned to the Luftwaffe, an average of 48.5 aircraft were available, the others being used for test and evaluation work or undergoing maintenance with industry. Of this 48.5 figure, however, only an average of 21.8 helicopters were judged ready for operations.

The first of 112 CH-53Gs entered service as a German equivalent of the U.S. Marine Corps CH-53D Sea Stallion, which that latter service retired in 2012. Since its introduction in the German military, efforts have been made to keep the CH-53G operationally relevant, beginning with the CH-53GS variant, 20 of which were provided with instrument flight rules (IFR) capability, external fuel tanks, a flight deck compatible with night-vision goggles (NVGs), and electronic warfare self-protection equipment. This work was completed in 2002.

Next in the line of upgrades was the CH-53GE, which featured the same improvements as the CH-53GS, with the exception of additional internal fuel tanks for a further increase in range.

Between 2006 and 2015, 40 aircraft underwent improvements that brought them up to CH-53GA status, work addressing navigation and communications systems as well as the self-protection suite.

More recently, there has been an effort to manage obsolescence issues facing the fleet as a whole. A total of 26 aircraft — 20 CH-53GS, and six CH-53GE models — were earmarked for further improvements, to be implemented in Germany by Airbus Helicopters at a rate of six aircraft per year, beginning in 2018. The rotorcraft are getting revisions to their flight control, navigation, and communications systems. The revised cockpit features multifunctional displays, a new radar altimeter, and a full autopilot system. Final deliveries of the re-worked helicopters are due in 2022 and the conversion work is expected to allow the CH-53 to remain in service until around 2030.

The effort to replace the CH-53G had already run into some problems after its official launch in December 2017, at which point the CH-47 and CH-53K were identified as the only candidates. At this stage, it was expected that the tender would be issued in September 2018 and a contract for the winning helicopter would be signed by mid-2020. Further details of the prospective timeline included first deliveries in 2023 and a declaration of operational capability by 2026.

However, the Federal Office of Bundeswehr Equipment, Information Technology and In-Service Support only began the tender procedure in February 2019, almost six months later than planned. The delay was a result of the STH not having initially been included in the government’s defense budget, and a spending commitment was not made until November 2019.

Both U.S. contractors submitted their initial proposals to the STH bidding before the deadline of January 13, 2020.

There were other problems seemingly “built in” to the program too, including an aspiration from the Bundeswehr to have an aircraft capable of demanding combat search and rescue (CSAR) missions, apparently at odds with the original plan to acquire an affordable off-the-shelf transport helicopter.

Other potential pitfalls that could have increased program costs included a requirement for European civilian aviation certification, specific radio communications systems, and a more capable weather radar than that used in the CH-53K.

The German military’s long use of the CH-53G might have been a reason to view the CH-53K as the favorite in the competition, but the King Stallion has suffered from its fair share of developmental woes and was considered the more expensive option. Meanwhile, although the CH-53K can carry a heavier cargo load than the CH-47, the dimensions of its cargo hold are smaller, requiring bulkier items to be carried as underslung loads.

Now, having rejected the two candidates on cost grounds, it would appear that the most likely outcome will be a restructuring of the STH program and, accordingly, a reduction in the number of aircraft to be purchased. A more ambitious option — such as launching the development of a new heavy-lift helicopter within Europe, an idea discussed between France and Germany in the past — would seem unrealistic, based on the requirement to replace the last of the CH-53Gs before 2030.

Green Party defense spokesman Tobias Lindner pointed to the problems inherent in continuing to fly the old CH-53Gs: “The continued operation of outdated systems is time-consuming and very expensive. The ministry approached the procurement project in a completely naive way.”

The high priority that was assigned to the STH program reflects the fact that the Luftwaffe’s CH-53G fleet has been involved in critical combat missions in Afghanistan and Africa in recent years. The type also has an important role domestically, including firefighting and disaster response.

Despite previous promises to invest in defense, Germany is facing serious budgetary constraints as the financial realities of the coronavirus crisis begin to bite. As such, the STH might not be the last big-ticket program to face cancelation or at least restructuring.

The German Defense Ministry has said it remains wedded to procuring a replacement for the CH-53G, but the project now requires a complete overhaul. For now, at least, the ministry’s alternative remains unclear. 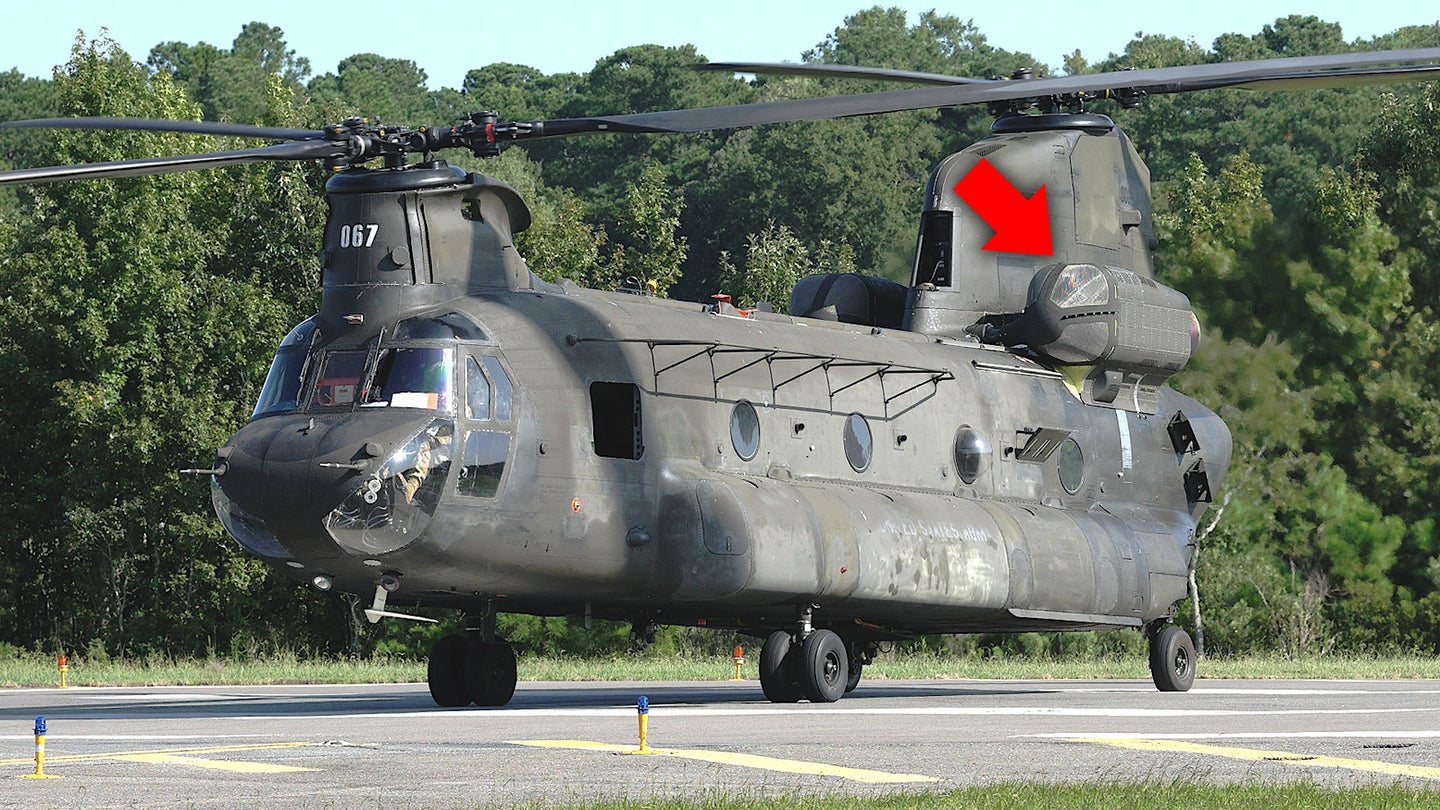 This upgrade could give the type much greater performance, which could be attractive to future and existing Chinook operators. 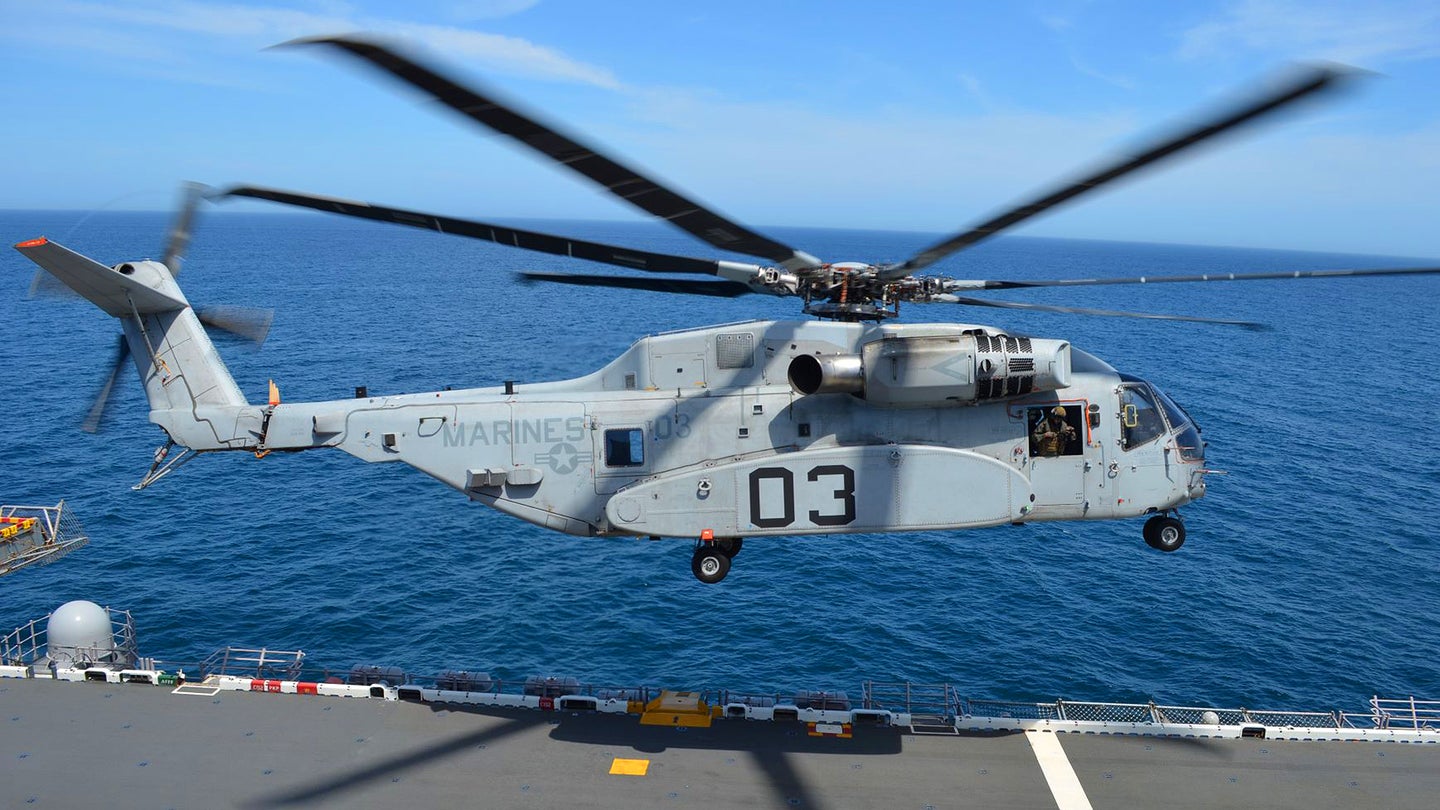 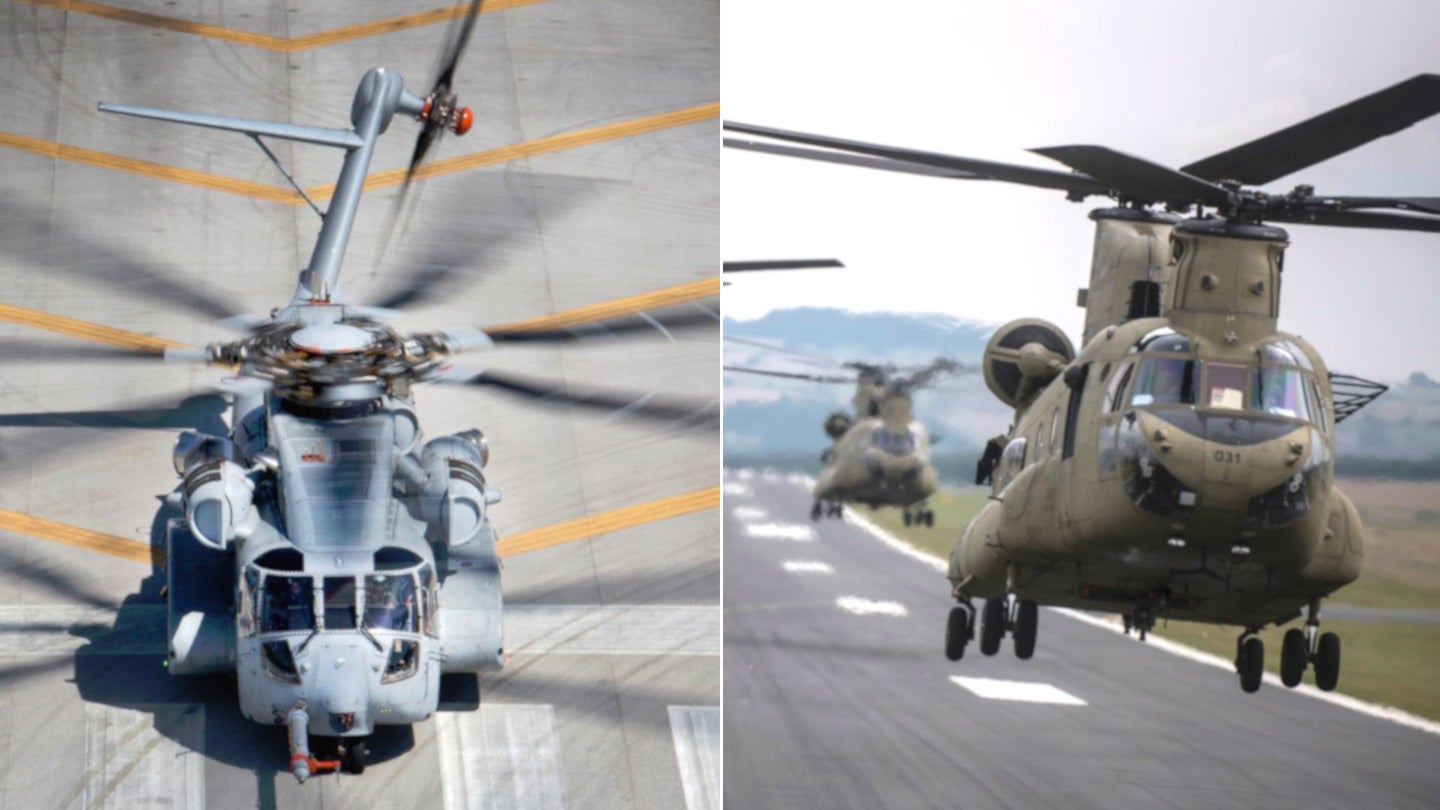