The Russian Air Force’s latest long-range mission is impressive, but it is a long way from surpassing U.S. Air Force records

The U.S. military has tweeted a response in kind to Russia’s announcement last weekend that two of its Tu-160 Blackjack strategic bombers flew a non-stop mission of more than 25 hours. U.S. Strategic Command pointed out that all three of the U.S. Air Force’s present heavy bombers had flown missions in excess of that.

Russian state news agency TASS had reported that the Russian supersonic bombers set “a world record for [the] longest non-stop flight” for the Tu-160 on September 19, 2020. In a “Monday Motivation” Tweet sent out late last night, Strategic Command (STRATCOM) provided figures for the longest-duration flights by the B-1B Lancer, B-2 Spirit, and B-52 Stratofortress.

Before we look at those particular missions, it’s worth looking at the details of the Russian Aerospace Forces Tu-160 flight. According to the Russian Defense Ministry, a pair of Tu-160s took off from their home base of Engels near Saratov in western Russia and then flew more than 12,427 miles over international waters, on a route that covered the central part of the Arctic and Pacific Oceans as well as the Kara, Laptev, East Siberian, Chukchi, and Barents Seas. The bombers then returned to Engels.

The defense ministry confirmed that the Tu-160s were each refueled three times from six Il-78 Midas tankers and were also escorted by Su-35S Flanker fighters “along with foreign aircraft along certain sections of their route.”

The crews for the two Blackjacks were led by Major-General Oleg Pchela and Lieutenant Col Sergei Volkovitsky. It wasn’t said exactly when the flight took place, but it was officially announced by the commander of Russia’s Long-Range Aviation branch, Lieutenant General Sergey Kobylash, on September 19.

Some observers have suggested that Kobylash’s claim that “nobody has flown this type of aircraft longer” may not even stack up with regards to the Tu-160 and that Blackjack crews flew sorties of an equivalent length during the Soviet era. However, the Long-Range Aviation boss stated that the previous record for the type was set in 2020 and had a duration of 24 hours 24 minutes.

No matter what, this recent flight is certainly not a world-record for the longest heavy bomber sortie, as American crews can attest.

The record non-stop flights identified by STRATCOM begin with a mission lasting 30 hours by a B-1B in 2014. This refers to a precision-strike training mission flown by the 28th Bomb Wing from Ellsworth Air Force Base, South Dakota, by a pair of Lancers on May 13-14 of that year. The B-1B pair dropped inert munitions on targets on a range “near Guam” before returning to Ellsworth. The flight covered around 13,200 miles.

The 2014 B-1B mission was presumably just slightly longer than that flown by a Lancer on April 22, 2020, which took it from Ellsworth over the Bering Sea, past Russia’s Kamchatka Peninsula, and around Japan. According to Pacific Air Forces (PACAF), the B-1 “flew a 30-hour round-trip sortie.” You can read more about that mission, and its wider importance, here.

However, a pair of 28th Bomb Wing B-1Bs did actually fly a longer round-trip sortie over the South China Sea on April 29, 2020. The Lancers again flew from Ellsworth AFB as part of a U.S. Indo-Pacific Command and STRATCOM Bomber Task Force mission, on this occasion recording a mission of 32 hours’ duration, according to a statement from PACAF.

The longest-duration B-2 flight was a combat mission, flown against targets in Afghanistan in 2001. In the wake of the terror attacks of September 11, 2001, B-2 stealth bombers of the 509th Bomb Wing flying from their home base of Whiteman Air Force Base, Missouri, flew ultra-long-range strikes at the beginning of Operation Enduring Freedom. Six strikes occurred in all from October 7-9.

The record Spirit mission was the third of these, conducted on the second night of the campaign, and involved the B-2 nicknamed Spirit of America flown by Major Melvin G. Deaile and Captain Brian Neal. Powered by ‘go pills’ to keep them alert, the two pilots took turns at the controls and sleeping before they entered Afghan airspace and dropped 12 Joint Direct Attack Munitions (JDAMs) on their targets.

The B-2 was then scheduled to land at Diego Garcia in the Indian Ocean before the crew got the call to return to Afghanistan, where they dropped another four JDAMs. The bomber finally touched down at Diego Garcia after being airborne for 44 hours 22 minutes.

In some ways, the entire mission for Spirit of America was significantly longer, since after touching down at Diego Garcia it remained on the tarmac, engines running, while it was refueled and serviced. Less than an hour later it took off and returned to Whiteman AFB — total mission time, over 70 hours.

Surpassing even the record B-2 flight is the longest sortie recorded by the B-52, a remarkable 45 hours and 19 minutes achieved back in January 1957. Operation Power Flite was designed to demonstrate the Air Force’s ability to strike targets anywhere in the world and involved the first circumnavigation of the globe by a jet aircraft.

A total of five B-52Bs from the 93rd Bombardment Wing at Castle Air Force Base, California, took part, each with its normal crew of six supplemented by an additional pilot, a navigator, and a crew chief, and with specific modifications including bunks, galley, and 20-man life rafts.

The five bombers took off from Castle AFB on January 16, one soon experiencing technical problems and aborting, and another — a designated spare — landing in the United Kingdom. The mission included a simulated bomb run in Malaya, then still technically a colony of the United Kingdom, and required no fewer than 98 KC-97 tankers. After landing at March Air Force Base, California, each of the airmen involved in the mission received a Distinguished Flying Cross from General Curtis E. LeMay, then-commander-in-chief of Strategic Air Command (SAC).

Long-range bomber missions have not only prestige value but are a key component of combat operations. All three bomber types operated by Air Force Global Strike Command have flown combat missions launched from bases in the Continental United States, while Russian Tu-22M3, Tu-95MS, and Tu-160 bombers have all undertaken attacks on targets in Syria after launching from bases in Russia.

In the era of standoff cruise missiles, the ability to launch a long-range bomber from your own territory and strike targets anywhere on the planet is of enormous strategic value. Manned bombers are the most flexible part of the nuclear triads in Russia and in the United States, and the importance assigned to the development of new-generation cruise missiles with which to arm them means their future looks secure.

In recent months, U.S. Air Force bombers have demonstrated their capabilities with multiple high-profile Bomber Task Force missions over Europe, the Arctic, and the Pacific region. The same day that STRATCOM tweeted about its record non-stop missions, B-1Bs, B-2s, and B-52Hs flying from bases in Europe and the United States flew over eastern Europe and the western Pacific Ocean, integrating with NATO allies — including from Canada, Norway, and the United Kingdom — and other partners.

“This mission demonstrates the U.S. Defense Department’s ability to command and control its bomber force for any mission, anywhere in the world, at any time, in support of the U.S. National Defense Strategy,” said the U.S. European Command in a press release.

In this way, these missions broadcast a message to would-be foes just as clear as the Cold War endeavors, such as Operation Power Flite. With the manned long-range bomber seemingly enjoying a renaissance in Russia and the United States, and with sorties taking place at a prolific rate, it might only be a matter of time before more records are broken. 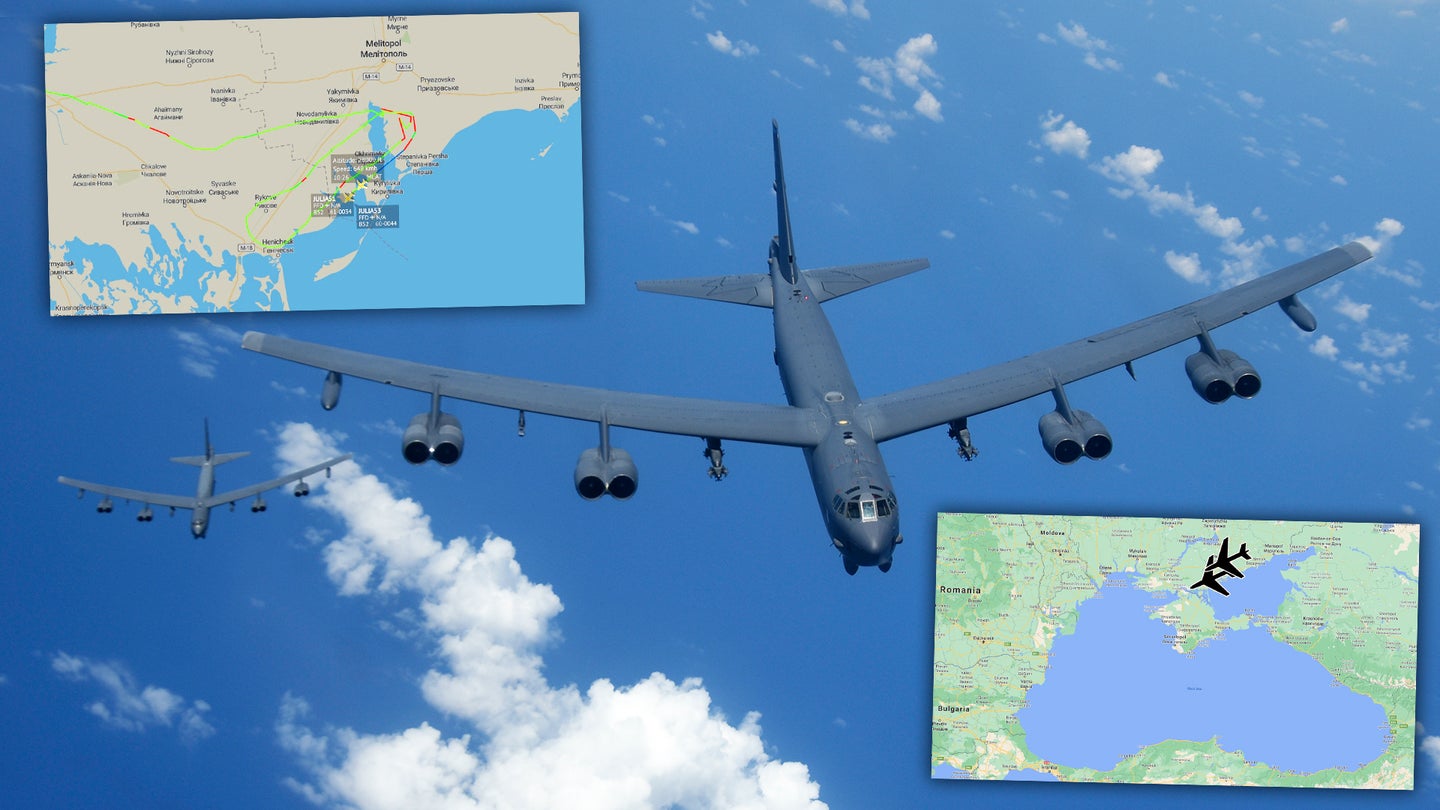 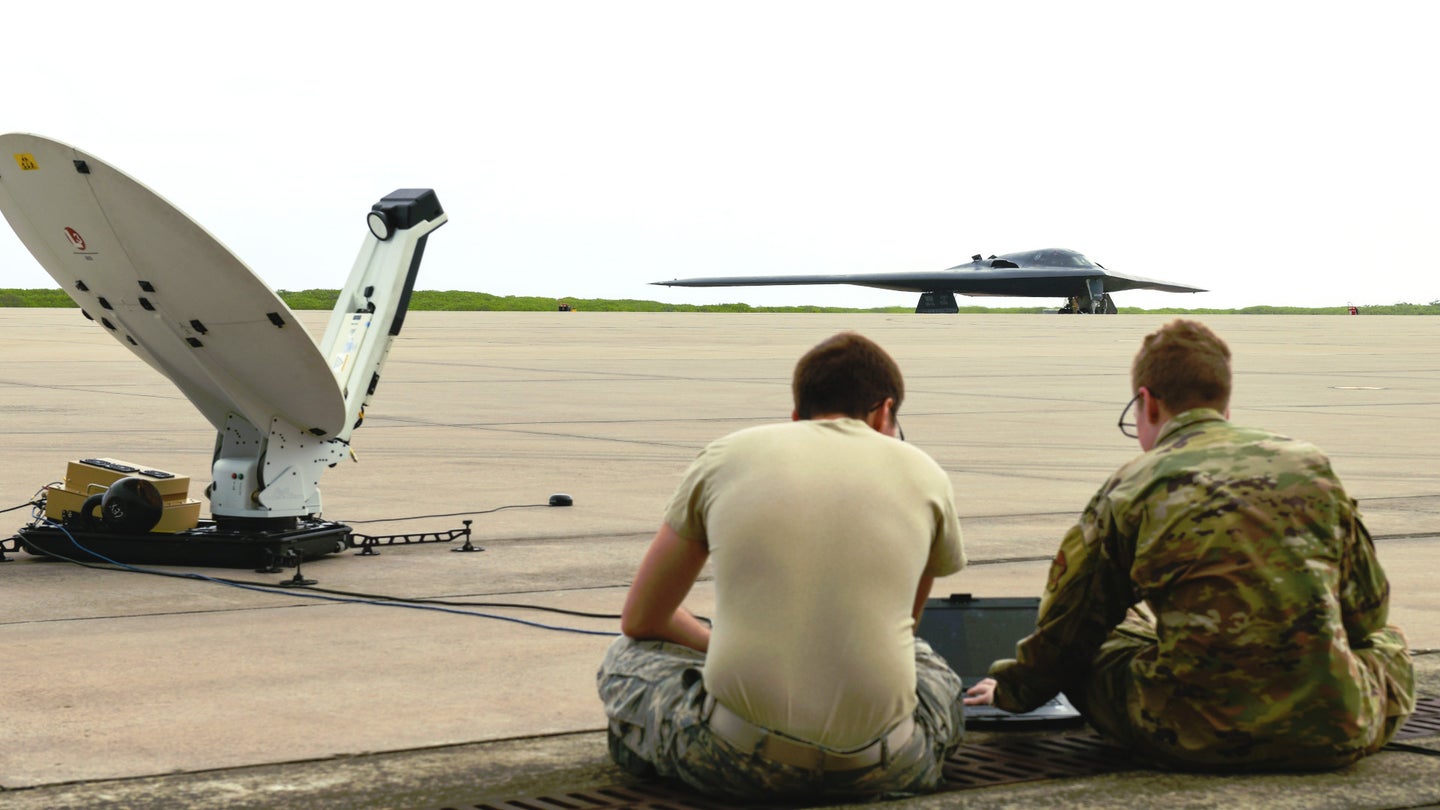 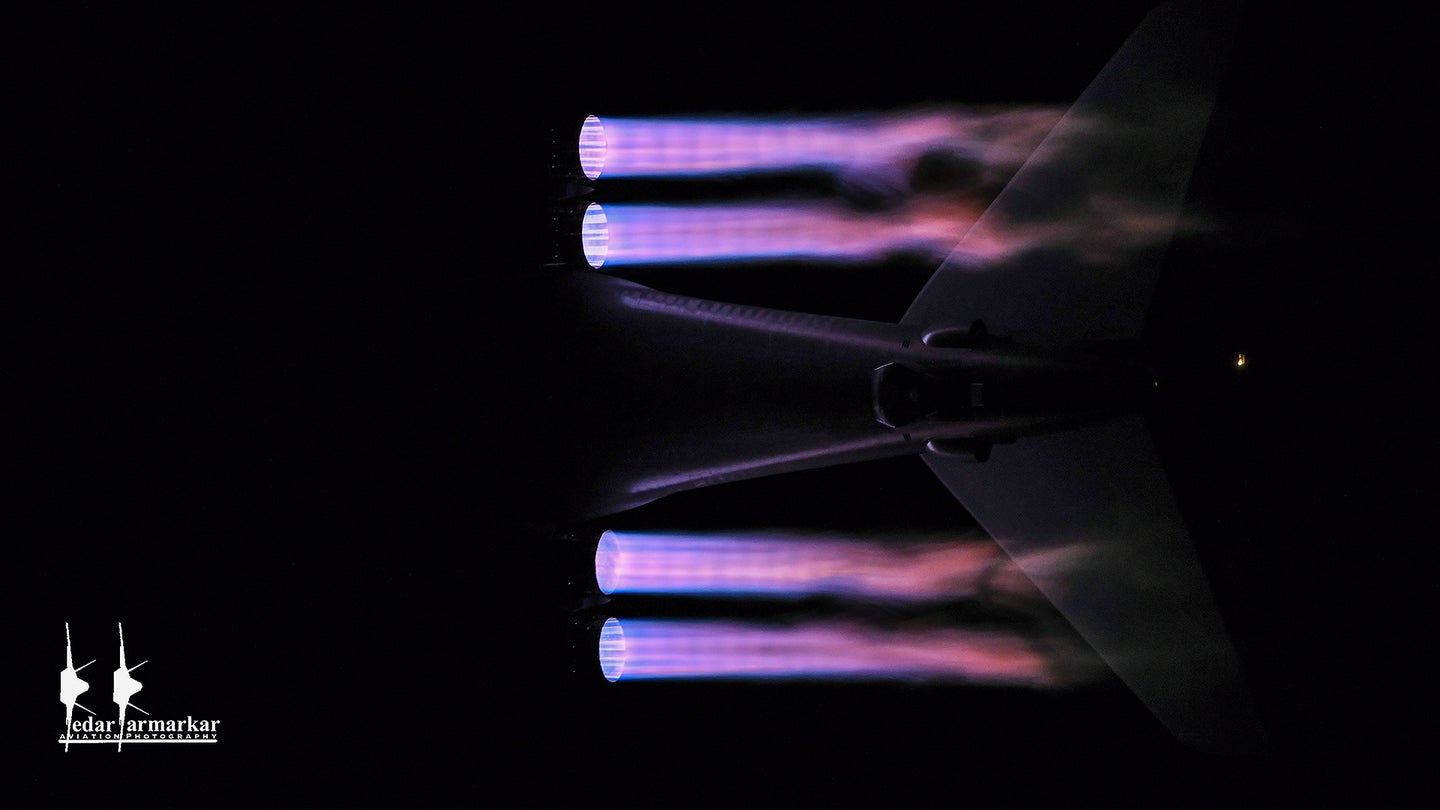