Arktika, the first of Russia's new nuclear-powered Project 22220 icebreakers, the largest and most powerful such ship in the world at present, has set sail for its future homeport in Murmansk with plans to plow through ice in the Arctic before it arrives there. However, only two of the ship's three engines are presently working, raising questions about just how close it really is to fully entering operational service.

The icebreaker, which is set to be delivered soon to the state-run company FSUE Atomflot, part of Russia's central nuclear corporation Rosatom, left the Baltic Shipyard in St. Petersburg on Sept. 22, 2020. This follows the completion of initial sea trials in the Baltic Sea and the Gulf of Finland earlier this month.

Rosatom says that Arktika will sail in the Arctic north of Franz Josef Land, a Russian archipelago in the Arctic Ocean, and test out its ability to break through ice before turning south and heading to Murmansk. The entire trip will take approximately two weeks. Franz Josef Land notably includes Alexandra Land, an island that is home to Russia's northernmost military outpost, which has seen significant expansion this year, something you can read about in more detail in this previous War Zone piece.

"Many thanks to the shipbuilders and everyone who took part in the implementation of this project for your work," Vyacheslav Ruksha, the Director of the Northern Sea Route Directorate of Rosatom State Corporation, said in a statement. "I am confident that the next Project 22220 icebreakers will be built and will ensure the fulfillment of all tasks for Russia in the Arctic Ocean."

Arktika displaces around 33,000 tons and is 570 feet long and is around 168 feet tall at its highest point, giving the crew good visibility of the ice below and the rest of their surroundings. This makes them bigger than the previous largest icebreakers, Russia's nuclear-powered Project 10520s, which displace around 25,000 tons.

The first of the six Project 10520s, also named Arktika, entered service in the Soviet Union in 1975. Only two of what these original Arktika class icebreakers, the Yamal and 50 Let Pobedy, remain in Russian service today, along with two other slightly smaller nuclear-powered icebreakers, Taymyr and Vaygach.

Russia is the only country, at present, to operate nuclear-powered icebreakers and Project 22220s are powered by two RITM-200 pressurized water reactors, each rated at 175 megawatts, which supply electricity to three electric motors, each driving a single propeller. It is expected to be able to break through ice up to seven feet thick.

Russia operates dozens of other smaller conventionally powered icebreakers and other ice capable ships, as well. The country is looking to further expand these fleets, including buying missile-armed corvettes with reinforced hulls capable of punching through ice, the first of which was launched last year. You can read more about these developments in this past War Zone piece.

Arktika, the design of which was finalized in 2009 and construction of which began in 2012, has suffered a number of significant delays over the years. One particularly major issue was that the original design for the ship's powerplant included turbogenerators from Ukrainian firm Turboatom. Needless to say, after the Kremlin's illegal seizure of Ukraine's Crimea peninsula in 2014 and its subsequent active support for pro-Russian separatists fighting the government in Kyiv, this was no longer an option. Subsequent U.S. government sanctions also blocked the delivery of components from General Electric that were necessary for the ship's electric propulsion system.

New domestic sources had to be found, leading to schedule slips in Arktika's delivery, first from 2017 to 2019, and then from 2019 to this year. Further problems with the propulsion system had led to the ship only beginning sea trials in December 2019 using an auxiliary diesel powerplant. Then, in February 2020, one of the ship's three main electric motors suffered a complete failure, leaving it with only two working propellers.

At present, this motor has not yet been replaced, limiting Arktika's capabilities. Russia plans to accept delivery of the ship in this state and does not expect to conduct the necessary repairs until around this time next year, at the earliest.

Earlier this year, FSUE Atomflot filed three lawsuits against the Baltic Shipyard seeking a total of 1 billion rubles, more than $13 million at the rate of exchange at the time of writing, for unspecified reasons. It's hard not to believe that these are related, at least in part, to the continuing troubles with the Arktika and other Project 22220s, three more of which are already under construction.

Even despite these issues, Arktika and her future sister ships certainly do reflect the Russian government's significant Arctic ambitions and its position as the largest single operator of icebreakers in the world. Increasing geopolitical competition in the far north, driven in part by global climate change making it easier to access the region and its lucrative natural resources, from oil to fish, has shown a light on this disparity, particularly in the United States.

At present, the U.S. government only owns two operational icebreakers, both of which the U.S. Coast Guard operates, and which are increasingly old and prone to mishaps. One of these ships, the USCGC Healy, suffered a fire and propulsion system fire in August, forcing it to abandon a planned mission in the Arctic and return home. The larger, but older USCGC Polar Star has experienced similarly serious accidents in recent years.

The Coast Guard is now set to receive three new heavy icebreakers, which will be conventionally powered, but of similar overall size to Russia's Project 22220s. However, these ships are still years away from entering service and will act as just a minor measuring in closing the gap in icebreaking capacity with Russia.

This is not a particularly new issue. On Sept. 21, Dr Elizabeth Buchanan a lecturer on strategic studies at the Australian Defense College and a fellow at the The Modern War Institute at the United States Military Academy, Tweeted a portion of a 1972 document found in the CIA Records Search Tool (CREST) archives discussing the implications of America's small icebreaking fleets and how embarrassing it would be if one of those ships were to break down and get stuck in thick ice, requiring rescue from a Soviet icebreaker. At the same time, it's worth noting that those concerns did not come at a time when a significant decline in polar ice in the Arctic was threatening to drive a complete strategic rebalance in that region.

U.S. President Donald Trump, who has also advocated for exploring the possibility of the U.S. government acquiring nuclear-powered icebreakers, suggested in July 2020 that an effort was underway to secure additional icebreaking capacity, possibly for a foreign country, in the near term. There has been no public discussion since then about this plan and what it might actually entail.

In the meantime, despite setbacks, Russia's decision to send Arktika certainly shows its continuing commitment to modernizing and expanding its already remarkably large icebreaker fleet. 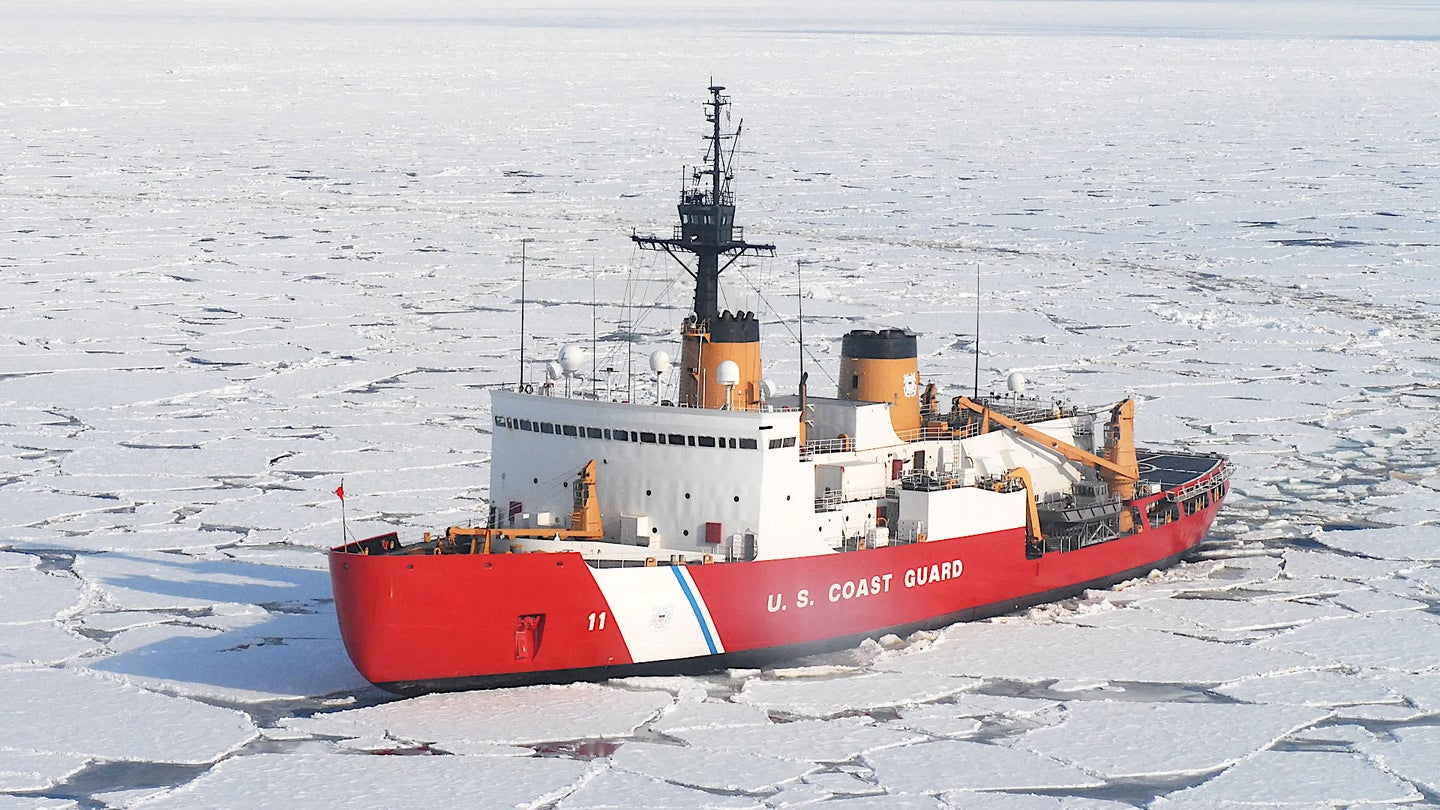 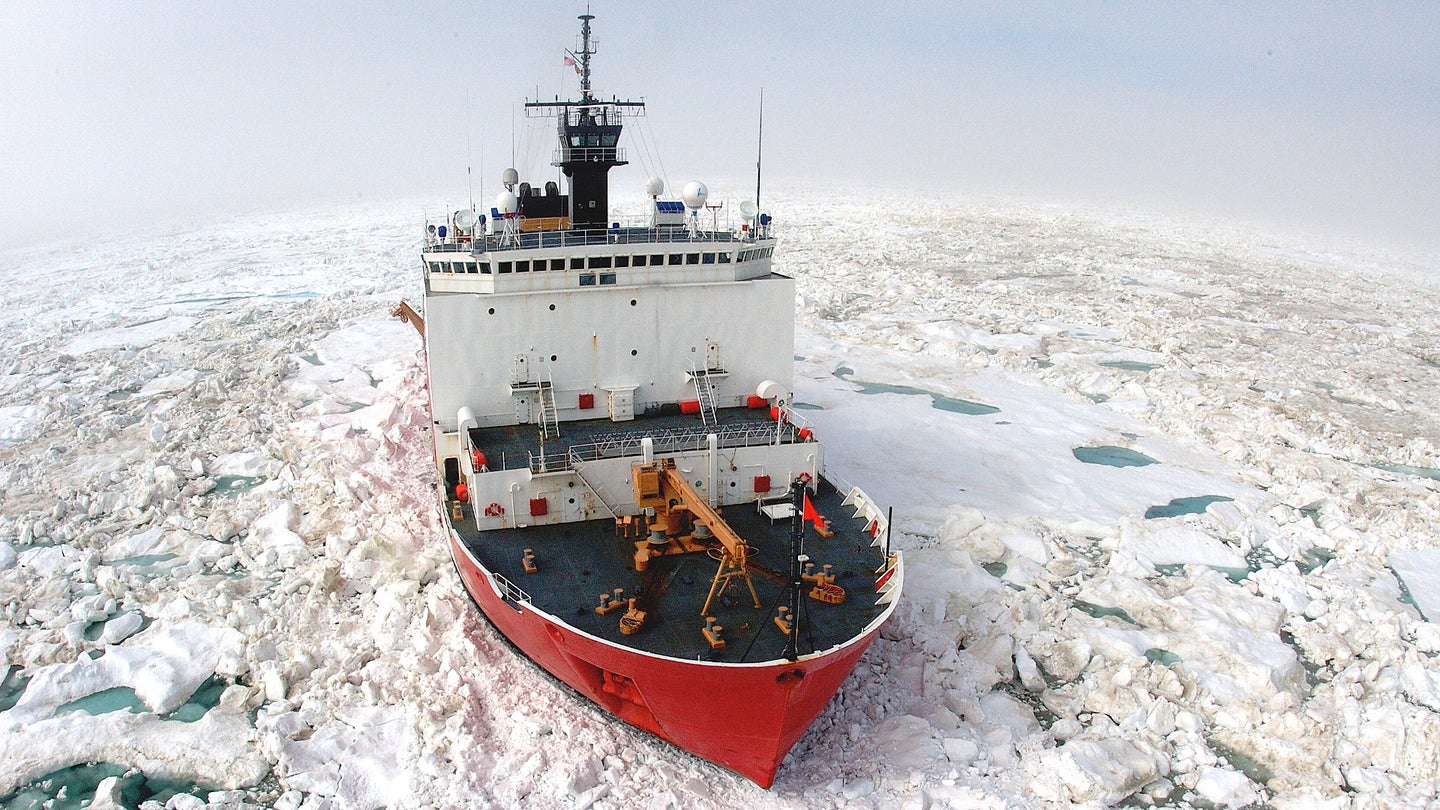