It’s the thought that counts, right? 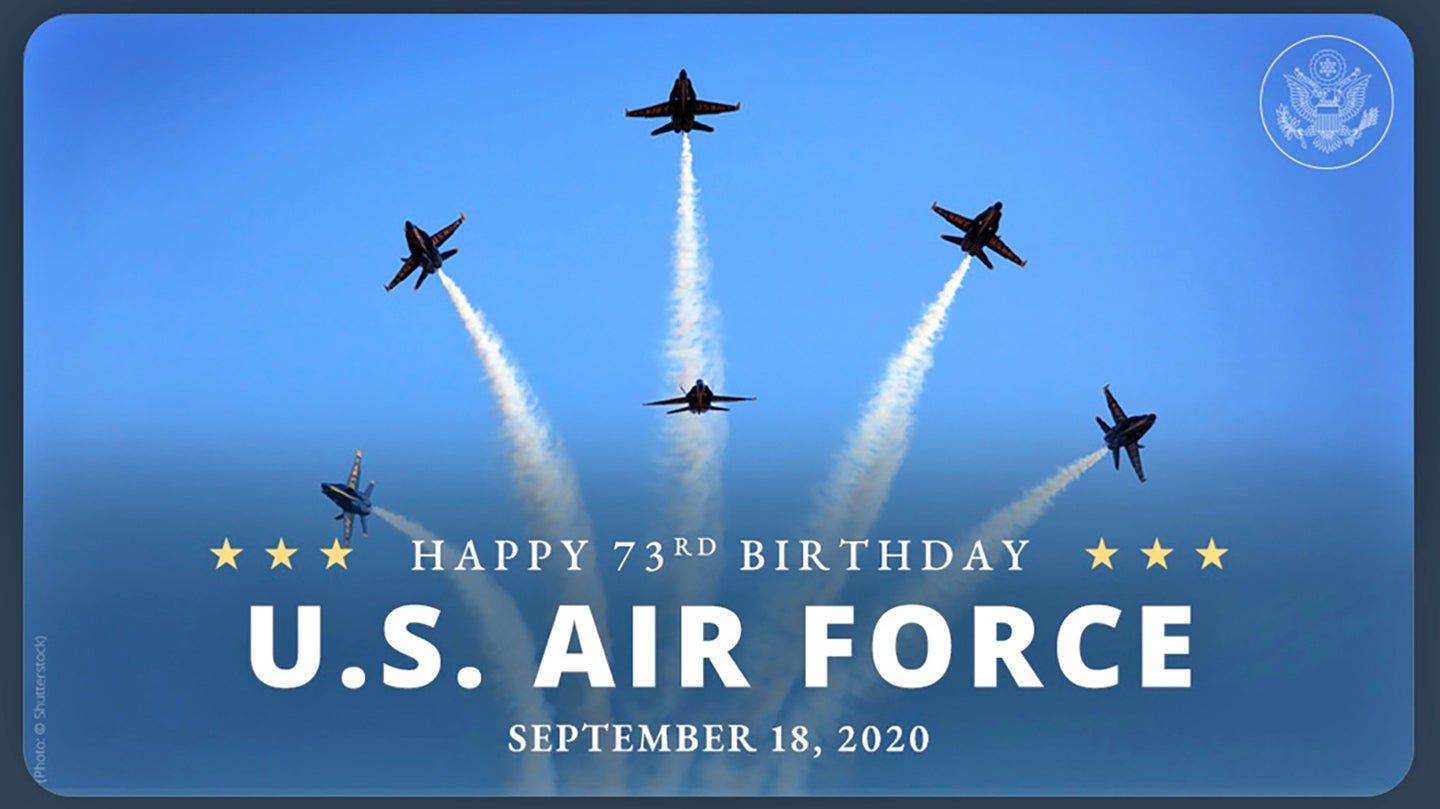 The State Department made an embarrassing error today when it posted a Tweet congratulating the Air Force on its 73rd birthday. It would be a nice gesture under normal circumstances, but not when the photo posted with the message is of the U.S. Navy's famed flight demonstration squadron, the Blue Angels.

Check out the good-intentioned, but ultimately embarrassing Tweet for yourself:

The tweet remained on the Department of State's Twitter page for some time before it was replaced with a more appropriate photo of an F-35A:

The truth is that these types of social media failures involving military hardware and defense issues, both from government sources and high profile non-government ones, happen often. The latest was a Trump Campaign fundraiser graphic that featured Russian-built MiG-29s instead of American fighter aircraft with a call to donors to "support our troops."

As far as the State Department, some may be quick to point out that it is not a military institution, but the fact of the matter is it deals directly with military issues on a daily basis, especially the sale of weapons, including fighter jets, and the proliferation of other military technology to foreign states. It also has its own air force.

As such, publicly knowing the difference between an F-16 and F/A-18 seems somewhat important, but whoever was handling the social media channel for such an important government agency not recognizing it was the Blue Angels in the picture, with "NAVY" painted underwing, before publishing a post to the Air Force is an oversight, to say the least.

In the end, no real harm was done, but it sure provided a good Friday morning chuckle, especially for the Navy!

And hey, it's the thought that counts, right?