The mysterious craft is currently on its sixth orbital mission. The last one lasted 780 days. 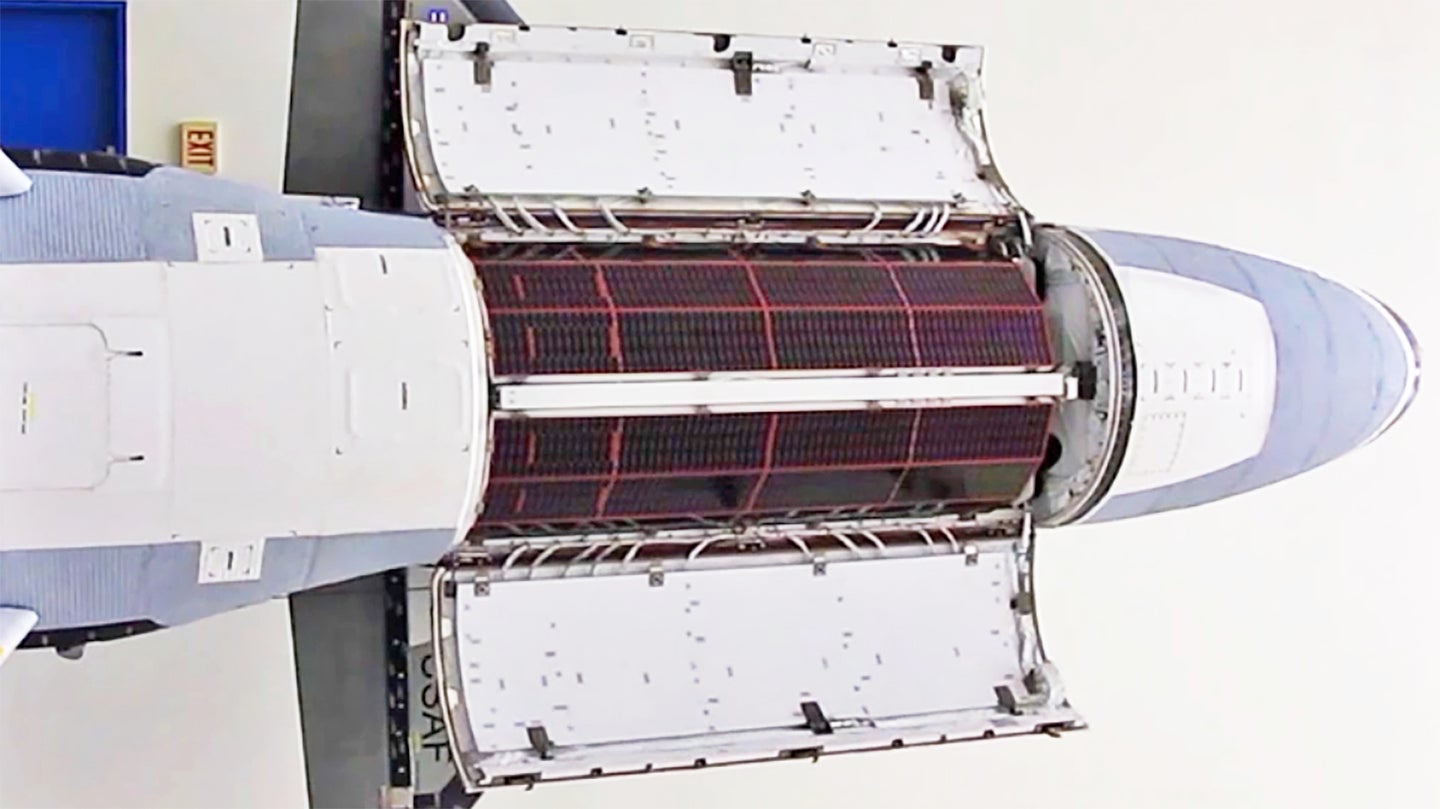 A video of the Air Force's secretive X-37B opening its bay doors has come to our attention. It shows the 29-foot-long X-37B in an upright position, with its doors swinging open and its solar array, which fits conformally inside the bay, beginning to deploy. It isn't exactly clear when the clip first emerged, but it has been used by Boeing as part of the Air Force Association's ongoing annual convention.

@DutchSpace spotted the clip and worked to blow the video up a bit for better viewing. The X-37B's payload bay is widely described as roughly the size of a large pickup truck's flatbed. The miniature space shuttle's bay is a major feature that gives it such a high degree of flexibility. Aside from a handful of experimental technologies, very little is known about what the highly maneuverable spacecraft has been carrying into orbit for such long periods of time, but it is widely thought that experimental reconnaissance and communications payloads are a major part of the program. Rumors have circulated for years that it could also be used to release small 'cubesats' into orbit, support testing of anti-satellite technologies, and more.

The video gives us a better idea of just how voluminous the bay is for the size of the craft and how its solar panels and radiators fit inside. Like the Space Shuttle Orbiter, a large portion of the spaceplane's design includes empty volume. Once the solar panel system is deployed via its integrated arm, there is plenty of room to store various smaller payloads or even a relatively larger unitary payload.

This fresh look at the X-37B comes just days after China launched and recovered its own small reusable spacecraft, one that is likely very similar to the X-37B. India is also working on a similar capability and Russia has been pursuing its own reusable unmanned spacecraft designs.

As space becomes an increasingly contested warfighting domain, these types of highly flexible and reusable spacecraft will take on a more predominant role. Still, the U.S. maintains an edge in this department. So far the X-37B has taken to orbit and recovered back on earth five times, with it first venturing into space a decade ago. The last mission, which ended a year ago, lasted nearly 780 days. A sixth mission is underway now.