Get a rare glimpse inside the National Geospatial-Intelligence Agency's 3-D Model Shop that makes big history with small models. 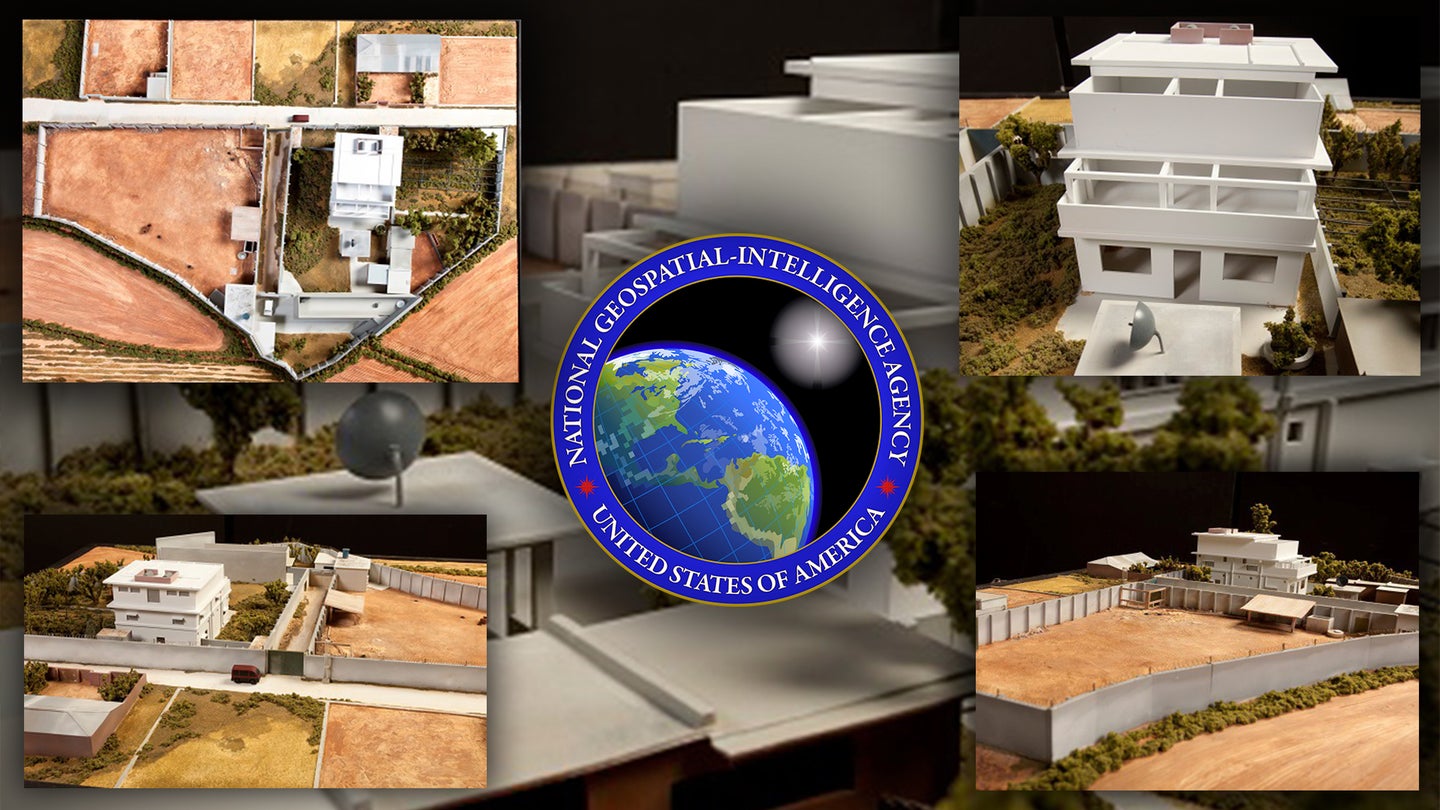 If you grew up having an interest in aviation, transportation as a whole, or defense technology, you probably at least tried your hand at model making. The vast majority of us were not successful in any way. What started as a dream to carefully assemble whatever the image looked like on the cardboard box, usually ended in a crudely painted thing with glue seeping through its seams. Nothing ventured nothing gained, but still, these endeavors left many of us in envy and in awe of those who actually wield the dark magic required to build models to their full potential. It turns out, that some of those folks grew up to make a career out of it—a very serious and highly impactful one—over at the National Geospatial-Intelligence Agency's (NGA) 3-D Model Shop.

Anyone who has had an interest in Operation Neptune Spear, the operation that resulted in the death of the despicable terror kingpin Osama Bin Laden, is well aware of 'the model.' It has been featured prominently in almost every book or other account of the events leading up to the successful raid. The 1:7 scale model allowed for everyone operationally involved in the mission, as well as intelligence specialists, to get a physical handle on the layout and the unique challenges and areas of exploitation that the bizarre compound, which at the time was potentially hiding the terror mastermind, presented.

Later, the tactics and planning that was greatly influenced by the model would be put to the test on an elaborate full-scale mockup of the compound at the CIA's Harvey Point training facility, and later at a cruder one made out of shipping containers deep within the Nevada Test and Training Range (NTTR).

It was there that the stealth Black Hawk helicopters and the other elements of the air assault plan would be tested together, their flight plans refined, and dry-runs of the mission were shown to Obama Administration officials in order to get the approval for the high-stakes raid.

So, the model, something uncannily low-tech for our time, was absolutely key to the success of the entire endgame of the decade-long fervent hunt for Bin Laden.

Years after the raid, the model materialized and was put on display in the Pentagon and at the CIA's own museum. It was an uncannily accurate subscale representation of a compound that was by then seared into the minds of Americans. Now, nearly a decade after the raid took place and on the 19th year anniversary of the horrific events of 9/11, CBS's Catherine Herridge was able to not only view the model up close, but also visit the boutique unit where four model makers put it together. She even talked to one of the model makers who was actually part of that team. He shares that he and his teammates definitely were debating who was living at the site while the subscale facsimile was being fabricated. And yes, there is an archive of past works locked in the high-security facility, including what looks like a Soviet-era Kiev class aircraft cruiser.

You can watch this segment by clicking over to CBS News here.

It's somewhat comforting to know that even in an era in which computer modeling and virtual reality are changing how we interpret physical spaces synthetically, this outfit is still operating, as it has for decades.

The NGA's little shop of model makers, something I am grateful for on this 19th anniversary of that terrible day.