It is a fact that I have been harping on for many years. The USAF's fighter procurement and operational ambitions are far out of whack with the flying force's cold hard budgetary reality. Nearly everything has been bet on the F-35 in the fighter department, an aircraft that costs $100 million a pop, not including massive development and infrastructure costs, and the most generous estimates put its per flight hour cost at nearly double that of the jets it is supposed to replace. In fact, some estimates grow as large as nearly four and a half times that number.

Then you have the USAF's almost comical lust for yet another super fighter, the notional 6th generation fighter project dubbed the F-X program, even though they cannot afford the one they have already developed.

These high-ticket tactical combat jet programs come as the Air Force struggles to upgrade its rapidly aging legacy fighters that remain the backbone of its fighter force.

The F-16 in particular is in need of substantial investment and recapitalization as its life cycle has greatly extended due to incessant delays in the F-35 program. Funding for these absolutely necessary upgrades remains murky at best. Meanwhile, the USAF continues its illogical push to divest itself entirely of its most cost effective and relevant warplane, A-10 Warthog.

If the USAF gets its way, by early next decade the A-10 will be totally gone from the USAF’s inventory. This is a whole other issue onto itself, but tossing out nearly 300 of your most affordable and relevant tactical jet aircraft sure does not help the looming tactical jet shortfall and saves little money in the process.

The fact is the Air Force cannot have it all and then some (such as a new stealth bomber). They have to prioritize and come up with a force mix that is not just capable and flexible, but affordable.

Such an exercise in rationalization is nothing new. During the Cold War, a time of arguably greater strategic stakes than anything we are experiencing today, the USAF did not pursue an all gold-plated fighter fleet because they simply could not afford to do so. Instead a high-low capability mix strategy was put in place.

This strategy provided high-end capabilities in smaller numbers, while retaining an ample capacity of less capable but still highly relevant assets. When paired together with tailored tactics they were more than the sum of their parts.

In the end, this strategy was good enough to win the Cold War, yet somehow, in an era dominated not primarily by peer state threats but counter-insurgency and counter-terror operations, the USAF has opted to put in place a much more rigid and fiscally unsustainable procurement strategy for its tactical aircraft fleet. This strategy can be described as a high-very high capability mix, which sounds great, and is awesome for defense contractors, the beltway pork machine, and will land many generals cushy careers in the private defense sector, but is glaringly unsustainable.

Now, a report from the Pentagon itself, highlighted by Defensenews.com, describes exactly this situation. What is most interesting is that in the report the USAF's fighter budget doesn't tank in some far-off future date. Not even close, by just 2021 there will not be enough funding to support the USAF's current fighter plan. Yes, you read that right, in just five years, the USAF's tactical fighter master plan is bankrupt.

"The Air Force has insufficient resources to maintain the FY2016 NDAA mandated number of fighter aircraft (1900) beyond the 2017-2021 FYDP. At the current resource levels, projected aircraft service life divestiture outpaces procurement. This will substantially drop the total number of combat coded fighters and fighter squadrons through the 2022-2026FYDP. The inventory drop will continue until it reaches its lowest level in 2031."

The reality is that the USAF's plan to procure 1763 F-35As, a number that Lockheed Martin has conveniently warned against dropping in an effort to supposedly keep unit costs down, will never happen. There is simply not enough money to procure and sustain this force. Even the head of the Senate Armed Services Committee has stated as much.

Luckily, this slow train wreck of a master fighter procurement and fleet management plan is not the only option for the USAF, F-35 included or not. Far from it actually. This is a topic we will be discussing in great detail here at The War Zone in the coming days. 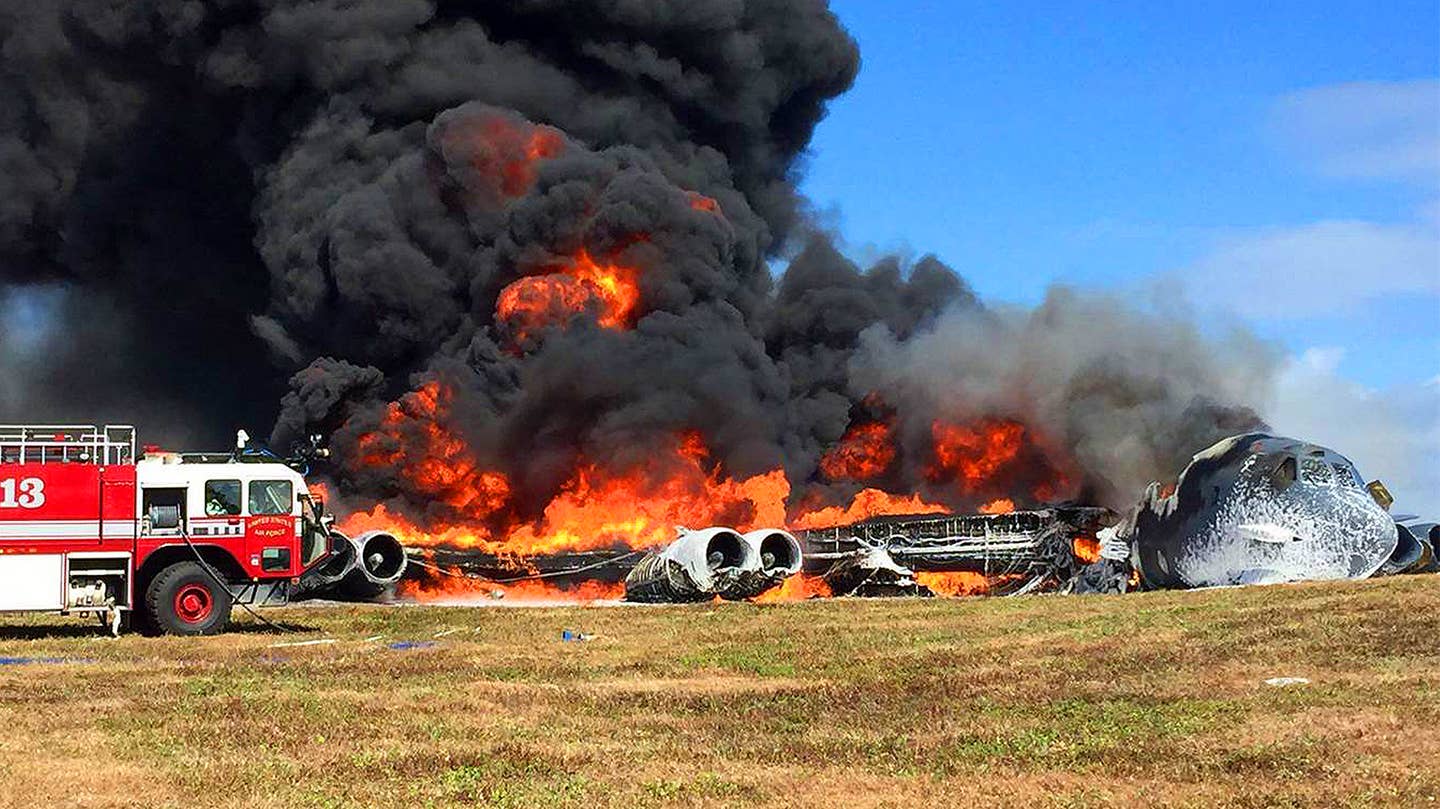