The only thing better than a Mustang is a Twin Mustang! One of the rarest warbirds is up for sale. It isn't cheap, but it's truly one of a kind. 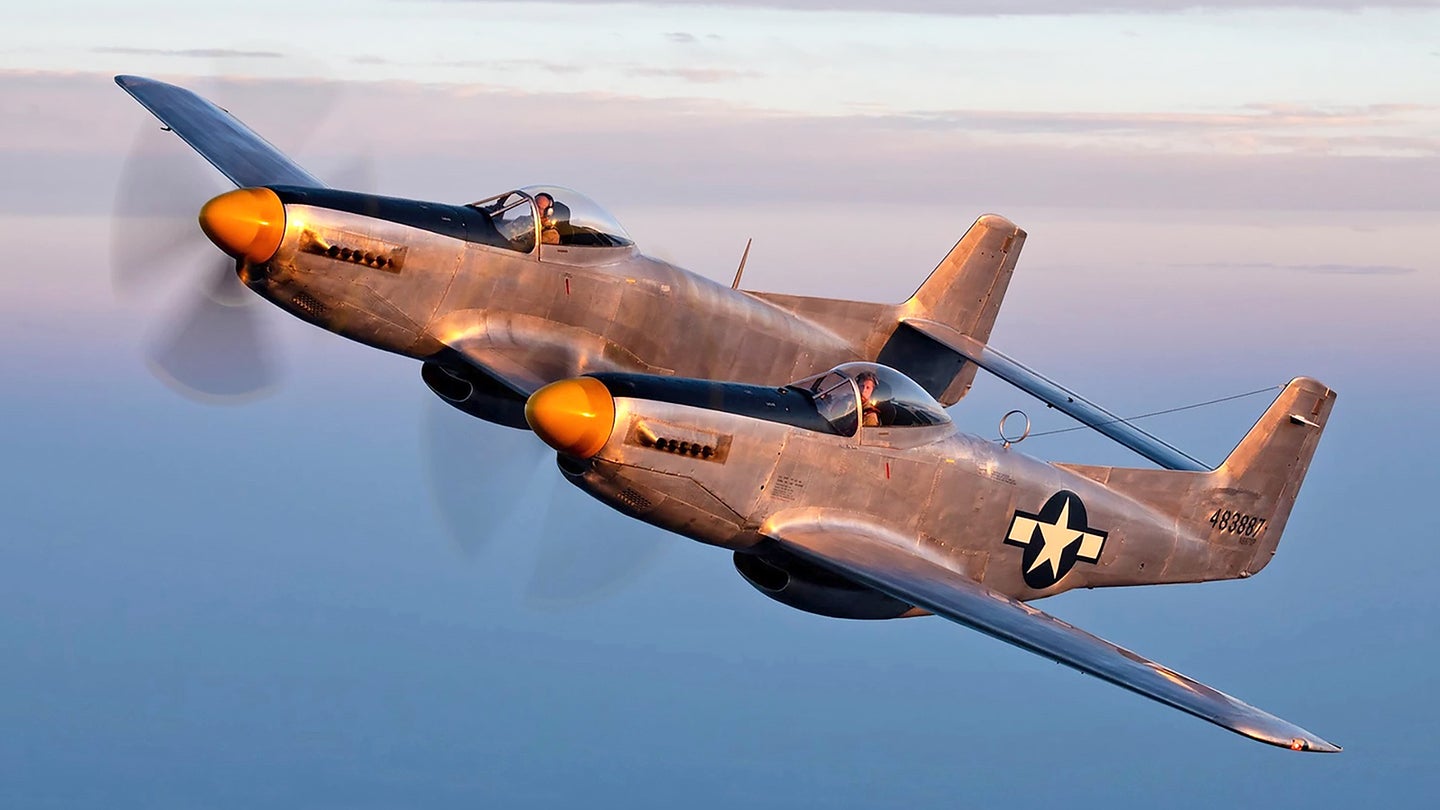 It took well over ten years and 200,000 hours of labor to make the dream of putting a Twin Mustang back in the air a reality and now that dream can be yours for a cool $12M. At that price, you could start your own air force of around five restored single-engine P-51 Mustangs, but a Twin Mustang is more than the sum of its two engines, it's one of a kind. In fact, before this XP-82 took back to the air in 2019, no Twin Mustang of any kind had flown for at least three decades. It was truly warbird unobtainium.

This XP-82, which was a prototype variant of the P-82, a type that would eventually also take up the designation F-82, is basically a brand new machine. Tom Reilly and his team of master aircraft restorers meticulously brought the Twin Mustang back to life. According to the listing over at Platinum Fighter Sales, the firm that is brokering the sale of the one of a kind flying icon, the XP-82 only has 25 hours on it. Its two Merlin V-12s, which were built better than new by Vintage V12s, carry the same amount of time. Ah yes, those engines. The XP-82 comes with its own a proprietary soundtrack, with its two Merlins singing their metal anthem. You can see what this sounds like in this previous piece of ours and get a pilot's eye view of flying the XP-82 from the cockpit here.

The listing details a few of the aircraft's other features, including the awards it has received, which happen to be the most prestigious in the warbird community. So yes, this steed is a thoroughbred trophy winner.

At $12M it is most surely the most expensive warbird on the market, but for the person who has everything, including a 'boring' single-engine P-51, the Twin Mustang is the king of the hill when it comes to the Warbird hierarchy. It offers an experience like none other, along with the prestige of having such a piece of high-performance flying history in your collection.

Best of all, you will never lose sight of your wingman!

Make sure to click over to Platinum Fighter Sales for more info and additional pictures.