The pod offers a bolt-on advanced radar that can scan from the sides of the jet, allowing it to do things even an advanced nose-mounted radar can't. 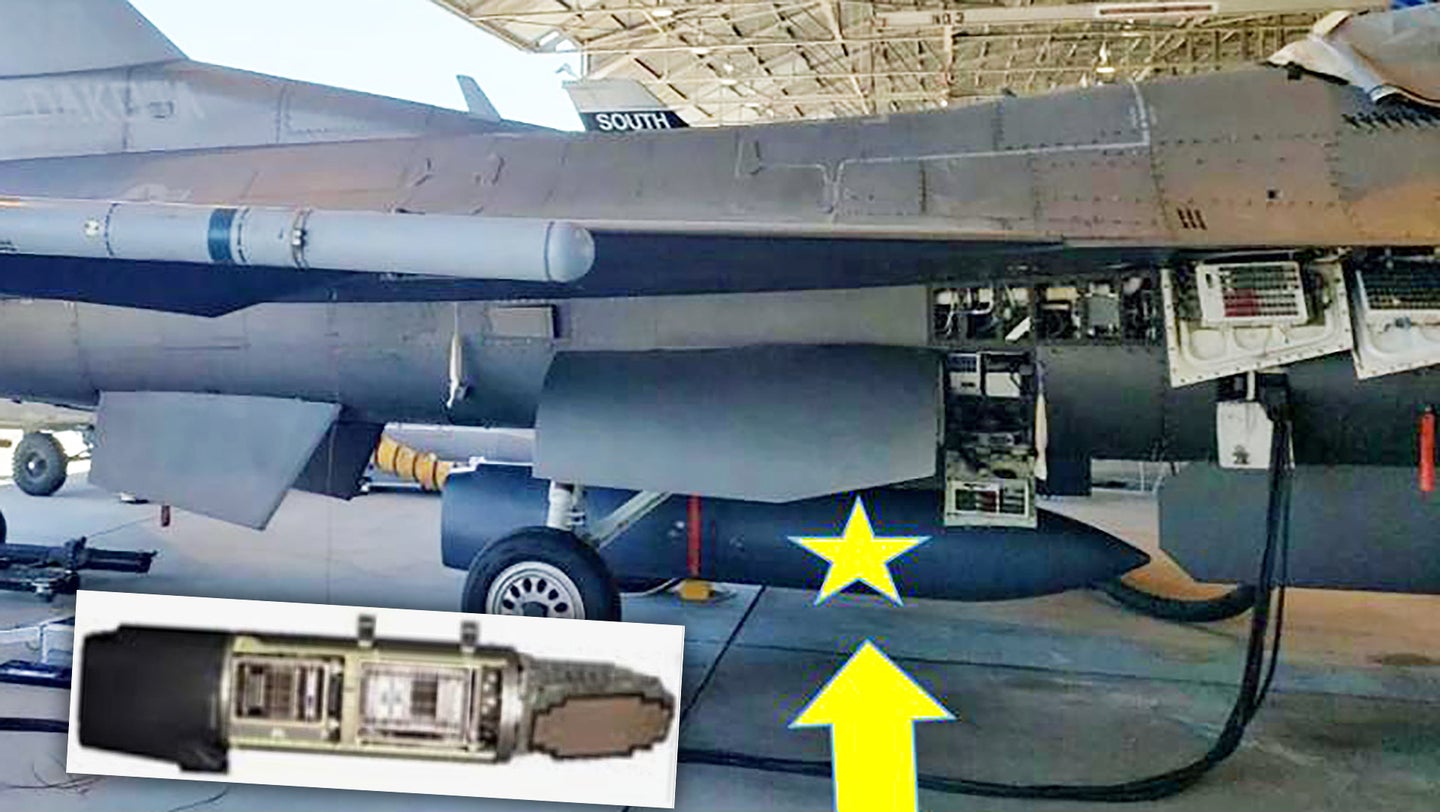 It has been known that the Air National Guard and Air Force Reserve have been quietly working on fielding the Northrop Grumman AN/ASQ-236 Dragon's Eye active electronically-scanned array, or AESA, radar pod on the F-16, but now we know just how widespread this capability has become. In a LinkedIn post, Colonel Tim Bailey, the F-16 Systems Program Manager, stated that over 200 Air Force Reserve and Air National Guard Vipers can now carry the advanced radar system. This gives these F-16s a massive leap in all-weather precision engagement and surveillance capability that can be efficiently bolted on and off the aircraft as the mission dictates.

Since the pod's inception, the F-15E Strike Eagle has been its primary platform. Now, over a decade since it entered service, it has become remarkably widespread across the F-15E community, with units deploying with the pod en masse now. You can read all about the AN/ASQ-236 Dragon's Eye pod and how it has matured within the Strike Eagle community in this past piece of ours.

Expanding this capability to the Air Force Reserve and Air National Guard F-16 fleets, some of which are oldest in the inventory, makes great sense. While some of the Air Force's Vipers are getting AN/APG-83 AESA radars, also known as the Scalable Agile Beam Radar (SABR), to replace their mechanically scanned AN/APG-68 radar sets, which will bring fantastic new capabilities to this middle-aged fighter jet force, the Dragon's Eye pod offers plenty of capabilities for those jets that don't get the new radar sets.

It also offers additional capabilities that are not necessarily replicated by the AN/APG-83, as well. This includes being optimized for side-scanning and certain ground and surface surveillance and targeting modes. In fact, an F-16 with the new SABR in its nose and a Dragon's Eye pod on its centerline would be an amazingly capable combination, but it will be even more essential for those jets that don't have or are not slated to get a built-in AESA radar.

Aside from the F-16, we know that the AN/ASQ-236 has been flown on AC-130 gunships and B-52s for testing purposes. It isn't clear if either of those types will actually field the pod operationally.

Regardless, now even the oldest Vipers in the Pentagon's stable have a top-of-the-line AESA sensor that will allow them to bring a whole new level sensor fidelity to the fight, especially as networked weapons, in particular the GBU-57/B Small Diameter Bomb II, come online.

It seems that this new capability was acquired for the F-16s quite efficiently as the development of the pod was already paid for and a more agile concept of fielding the system was adopted, as Colonel Bailey notes. This isn't surprising, the Air National Guard and Air Force Reserve have made incredible use of limited funds to keep their tactical aircraft up to speed technologically. Often times this has included innovating in their own way, including adopting off the shelf systems that have already been proven and their development paid for.

Considering that the F-16 will serve within the USAF for decades to come, Dragon's Eye will get a lot of use and will help breathe new life into the venerable Viper.