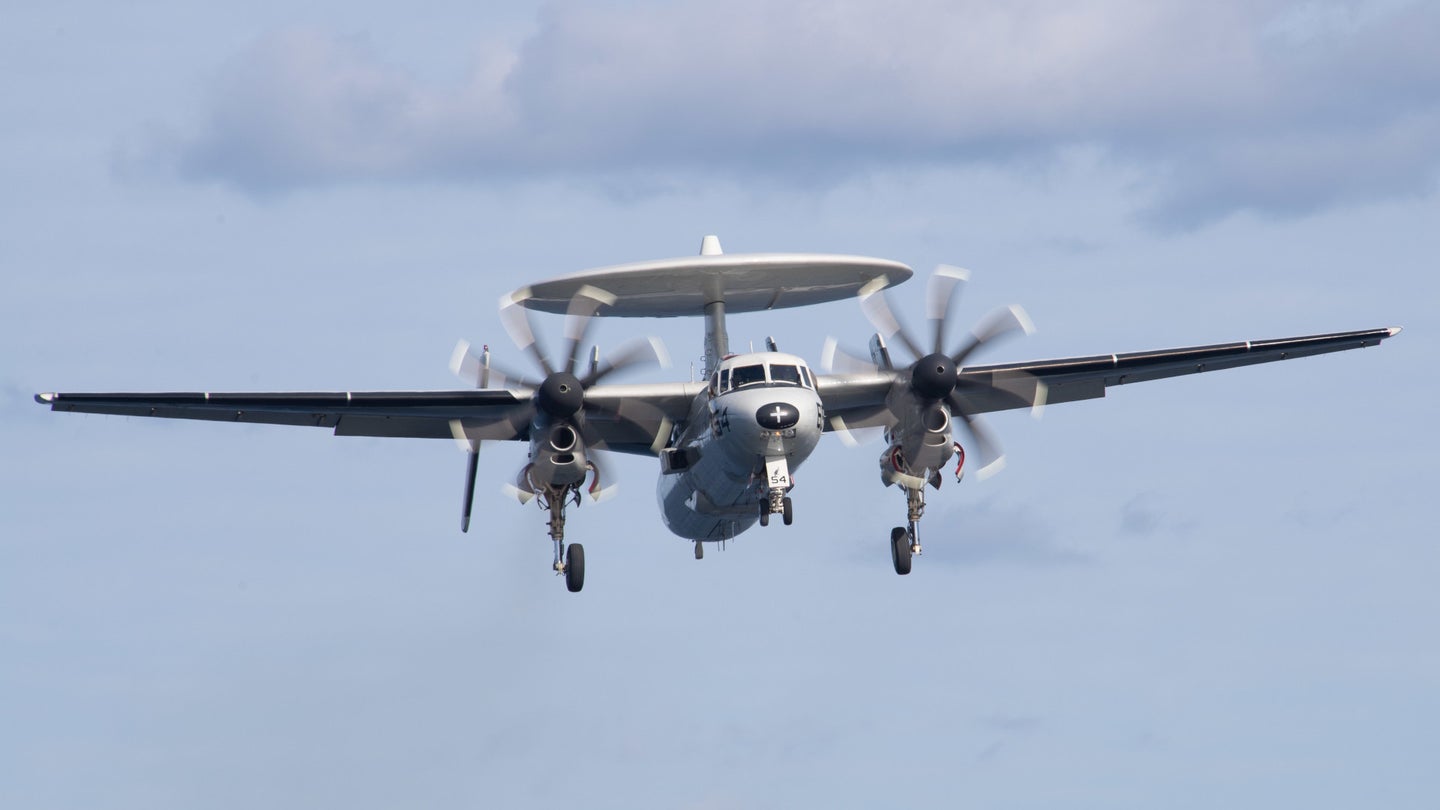 Details are still limited, but a U.S. Navy E-2C Hawkeye airborne early warning and control aircraft assigned to Airborne Command & Control Squadron 120, or VAW-120, crashed and burned near the town of Nelsonia on Virginia's eastern shore. The pilot and three crew members bailed out safely before the plane hit the ground.

The first reports of the incident began to emerge at around 4:00 PM local time after Accomack County Sheriff’s Office and Virginia State Police responded to alerts of a possible plane crash. The E-2 reportedly came down near the intersection of Berry Road and Mason Road, which are also Virginia State Routes 680 and 681 respectively. The aircraft was said to be "fully involved" with a fire after hitting the ground.

The E-2 crashed at approximately 4:05 p.m. The two pilots and two crewmembers bailed out of the aircraft safely. At the time of the crash, the E-2 was conducting a training flight.

Initial reports indicate no structures or personnel on the ground were damaged or injured in the mishap.

The cause of the mishap is under investigation.

As the Fleet Replacement Squadron for the E-2, VAW-120 is responsible for training new pilots and mission system operators, as well as maintainers, on the type.

A Hawkeye typically has a crew of five, consisting of a pilot and co-pilot, as well as a combat information center officer, air control officer, and radar operator. The newest E-2D Advanced Hawkeye has the option for the co-pilot to act as another mission systems operator, but generally in addition to the three individuals already working in the rear of the aircraft. The far more advanced E-2D is currently replacing the Navy's existing fleet of E-2C airframes.

WAVY-TV, an NBC-affiliate television station in Portsmouth, Virginia, has gotten a picture of the crash site via the station's Chopper 10 helicopter. The image shows that the E-2C was completely destroyed in the crash.