Russia's Pacific Fleet has claimed that the surfacing of the guided-missile submarine Omsk in the Bering Sea off Alaska yesterday was "routine," despite it being a highly unusual event that set of alarm bells within the U.S. military. This sub is presently taking part in the largest Russian naval exercise in this area since the fall of the Soviet Union, which is tied to the country's increasing military activities in the strategic Arctic region. This comes amid a host of other instances of military posturing between Washington and Moscow, including the U.S. Navy's recent and equally rare decision to publicize a visit by the highly advanced, first-in-class USS Seawolf to Norway.

Russian state-run media outlet RIA Novosti published the comments downplaying Omsk's activities on Aug. 28, 2020. The day before, U.S. Northern Command (NORTHCOM) had publicly announced that it was monitoring the activities of an unspecified submarine sailing on the surface in international waters near Alaska. At that time, NORTHCOM said that it was prepared to render assistance to the boat, if necessary, suggesting it might be experiencing an emergency of some kind, but there has been no indication since that this was the case.

"If it's not a casualty [breakdown of some kind] on board the submarine, it's a clear signal that Russia is deploying near our waters," Aaron Amick, a veteran U.S. Navy submariner and War Zone contributor, said. "It appears to be a response to the U.S. Navy public message [with Seawolf in Norway]. Let's see if it's a casualty first."

Omsk is a Project 949A, or Oscar II class, submarine, which have a distinctively wide hullform. This is because these boats have long compartments on either side, set between the inner and outer hulls.

Each of these two spaces contains a dozen launchers for the massive P-700 Granit anti-ship cruise missile, which NATO also refers to as the SS-N-19 Shipwreck, giving the Oscar IIs a total load of 24 of these weapons. The submarines also have four 533mm torpedo tubes, which they can use to launch heavyweight torpedos, as well as the RPK-6 Vodopad anti-submarine missile, or SS-N-16 Stallion, a unique weapon that you can read about more in this past War Zone story.

Omsk is just one of approximately 50 warships and submarines that have been taking part in the live-fire exercises the Bering Sea. On Aug. 27, the Russian Ministry of Defense had released a video, seen in the Tweet below, from the drills that included a clip of this boat firing one of its Shipwreck missiles. Russian authorities have said that the Project 1164 Slava class guided missile cruiser Varyag fired at least one of its P-1000 Vulkan anti-ship cruise missiles, as well. Another unspecified warship or submarine also launched a P-800 Oniks anti-ship cruise missile as part of the drills.

The drills in the Bering Sea are of an unprecedented scale, with some 40 aircraft also participating, and has been drawing increasing public attention, even beyond the Omsk sailing on the surface. "We were notified by multiple fishing vessels that were operating out [in] the Bering Sea that they had come across these vessels and were concerned," U.S. Coast Guard spokesman Kip Wadlow told the Associated Press on Aug. 27.

The Russian drills are juxtaposed against the latest iteration of the U.S. Navy-led Rim of the Pacific (RIMPAC) exercise is getting close to wrapping up. RIMPAC 2020, which began on Aug. 17 and runs through Aug. 31, is the U.S. military's premier Pacific exercise and is also a live-fire event. It is also a multi-national event, with allies and partners from around the world taking part. Unfortunately, do the ongoing COVID-19 pandemic, this year's exercise was notably scaled back.

“Originally, RIMPAC 2020 had planned to include up to 30 countries, more than 50 ships and submarines, more than 200 aircraft, and 25,000 personnel – 4,000 of those ashore for operations and support functions," Navy Vice Adm. Scott Conn, head of U.S. 3rd Fleet, said in a pre-recorded video marking the beginning of the exercise. "That would have been the largest RIMPAC to date. We have scaled that down to 10 nations, 22 ships, one submarine, and approximately 5,300 personnel, all at sea.

On Aug. 28, Secretary of Defense Mark Esper Tweeted out a video showing him watching the Ticonderoga class cruiser USS Lake Erie and the Arleigh Burke class destroyer USS Chung-Hoon fire their own missiles at RIMPAC 2020, before the social media post was deleted for unknown reasons.

For its part, the Russian Navy has specifically linked its drills to the Kremlin's broader push to increase its military presence in the increasingly strategic Arctic region. "We are building up our forces to ensure the economic development of the region," Admiral Nikolai Yevmenov, the Russian Navy's top officer, said in a statement. "We are getting used to the Arctic spaces."

For years now, Russia has been dramatically expanding its military activities in the Arctic, as well as establishing a constellation of new and expanded bases across the region. Earlier this month, The War Zone obtained satellite imagery showing major construction in progress to extend the runway and improve other facilities at Nagurskoye Air Base, which is part of the Russian military's northernmost military outpost.

Competition in the Arctic, as well as the potential for conflict, has been growing as global climate change has made it easier for military forces, as well as commercial interests, to operate in and otherwise access the remote region on a more regular basis. Rights to undersea resources, from fish to oil, as well as sovereignty over potential shipping lanes, are likely to be increasing points of contention in the future.

In March 2020, a pair of Russian Tu-142 Bear long-range maritime patrol planes flew over a base camp on an ice floe in international waters that was supporting a U.S. Navy Ice Exercise (ICEX) involving multiple American submarines. U.S. Air Force and Royal Canadian Air Force jets intercepted the Tu-142s and escorted them out of the area, but the messaging was clear.

On Aug. 28, 2020, NORTHCOM announced that Air Force F-22 Raptor stealth fighters had intercepted three groups of two Tu-142s, six in total, that had entered the Alaskan Air Defense Identification Zone (ADIZ) overnight. Those aircraft remained in the ADIZ, but in international waters no closer than 50 miles to Alaska, for five hours.

"This year, we've conducted more than a dozen intercepts, the most in recent years. The importance of our continued efforts to project air defense operations in and through the north has never been more apparent," Air Force General Glen VanHerck, who is presently head of NORTHCOM, as well as the U.S.-Canadian North American Aerospace Defense Command (NORAD), said in a statement.

Omsk running on the surface close enough to Alaska to trigger the equally unusual public response from NORTHCOM is another indication of the kinds of shows of force that look set to be increasingly common in the region in the future. As noted, the Russian submarine's apparently quite visible appearance near Alaska could also have been a tit-for-tat response to USS Seawolf's publicized stop in Norway last week.

For years, the Navy has been warning itself about increasing Russian submarine activity, especially close to America's shores in the Atlantic. Omsk's surfacing near Alaska demonstrates Russia's continued ability to conduct operations in the Pacific, as well.

This all comes amid a notable uptick in posturing between the United States and Russia on various fronts. Just today, four B-52 bombers took part in a mission to fly through the airspace of all of NATO's European members, with some 80 other allied aircraft also taking part, another unprecedented show of force and demonstration of alliance unity. Two more of these bombers conducted sorties over the United States and Canada.

A total of six B-52s, all nuclear-capable, had first touched down at RAF Fairford in the United Kingdom for a short-term deployment to the region last weekend. The bombers had flown from their home base in North Dakota via a polar route that mimicked a flight profile they could employ during an actual strike on targets in Russia.

American and Russian troops were also involved in a serious dustup in northeastern Syria earlier this week, the most recent in a string of increasingly worrisome altercations. Authorities from both countries continue to dispute who was at fault for this latest incident, in which a Russian military vehicle struck a U.S. vehicle, leaving seven Americans with various injuries.

While it's not entirely clear what is driving this significant increase in signaling between Russia and the United States, the posturing is definitely increasing in both size and scope in various areas around the world with no indication that either side will be slowing things down anytime soon.

Hans Kristensen, the Director of the Nuclear Information Project at the Federation of American Scientists, has now put together some data indicating where the exact sighting of Omsk may have taken place, which has not been publicly announced by Russian or American authorities. Local news in Alaska indicates that the fishing boats that encountered the Russian vessels taking part in the exercises had been sailing approximately 80 miles west of St. Matthew Island in The Bering Sea. This may be where the submarine was also spotted.

The Russian Ministry of Defense has also now confirmed from its side that Tu-142s did take part in a flurry of aviation activity that included sorties in the Arctic and Pacific Oceans, as well as the Baltic Sea in Europe in the past 24 hours. A total of eight Tu-142s, along with four Il-38 May maritime patrol planes, two Su-24M Fencer combat jets, two Tu-95MS Bear bombers, and one Il-78 aerial refueling tanker took part in these flights, though Russian authorities did not say which aircraft flew over what bodies of water specifically. 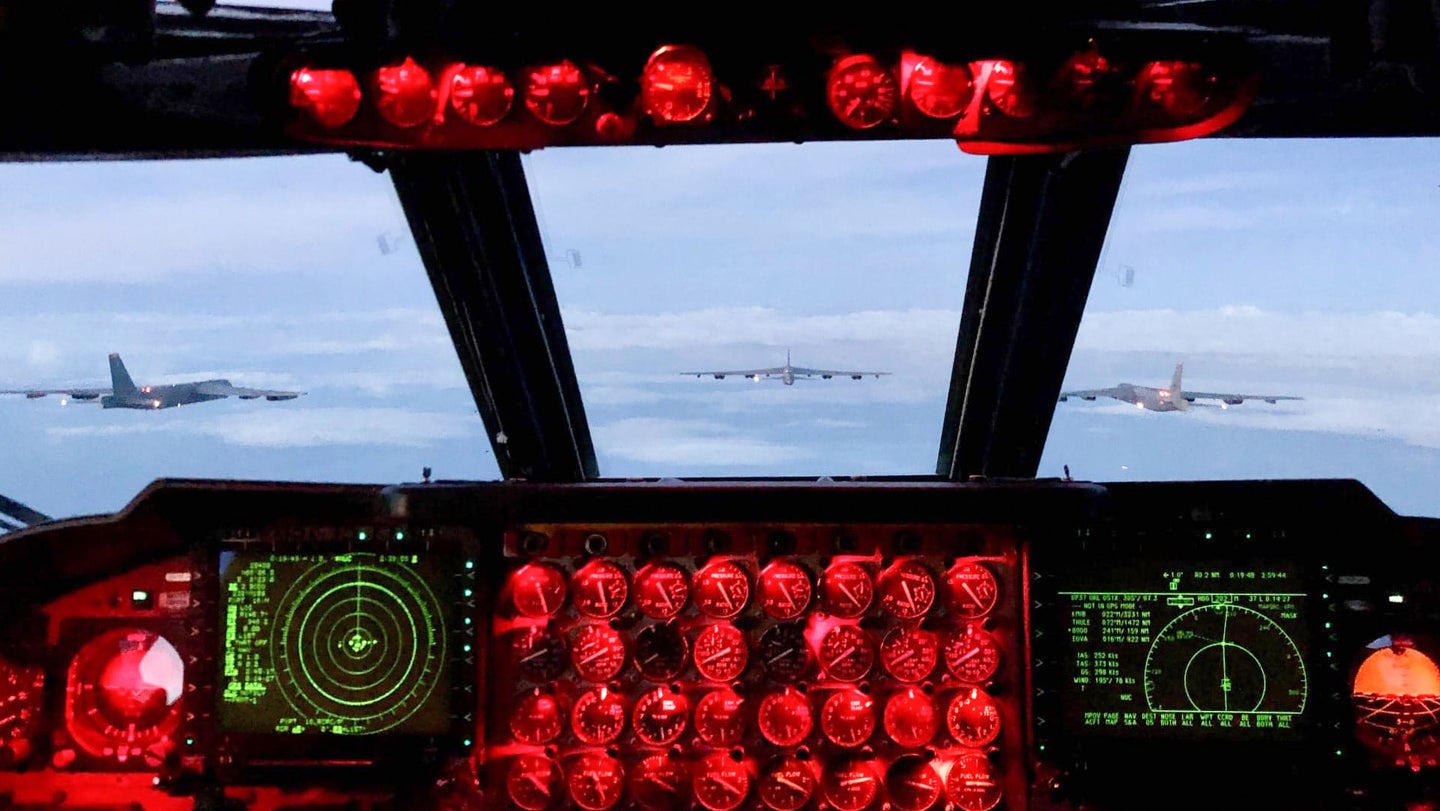 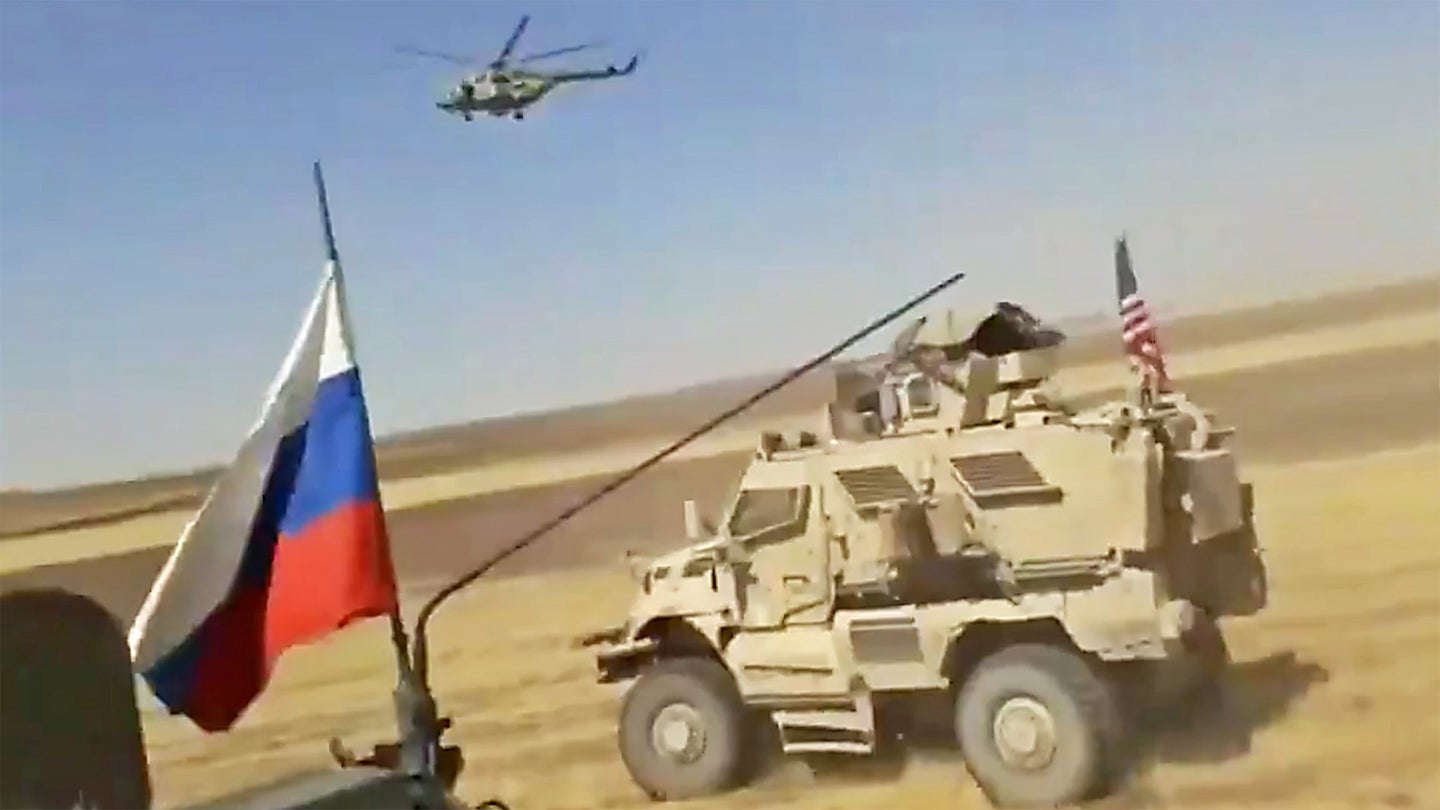 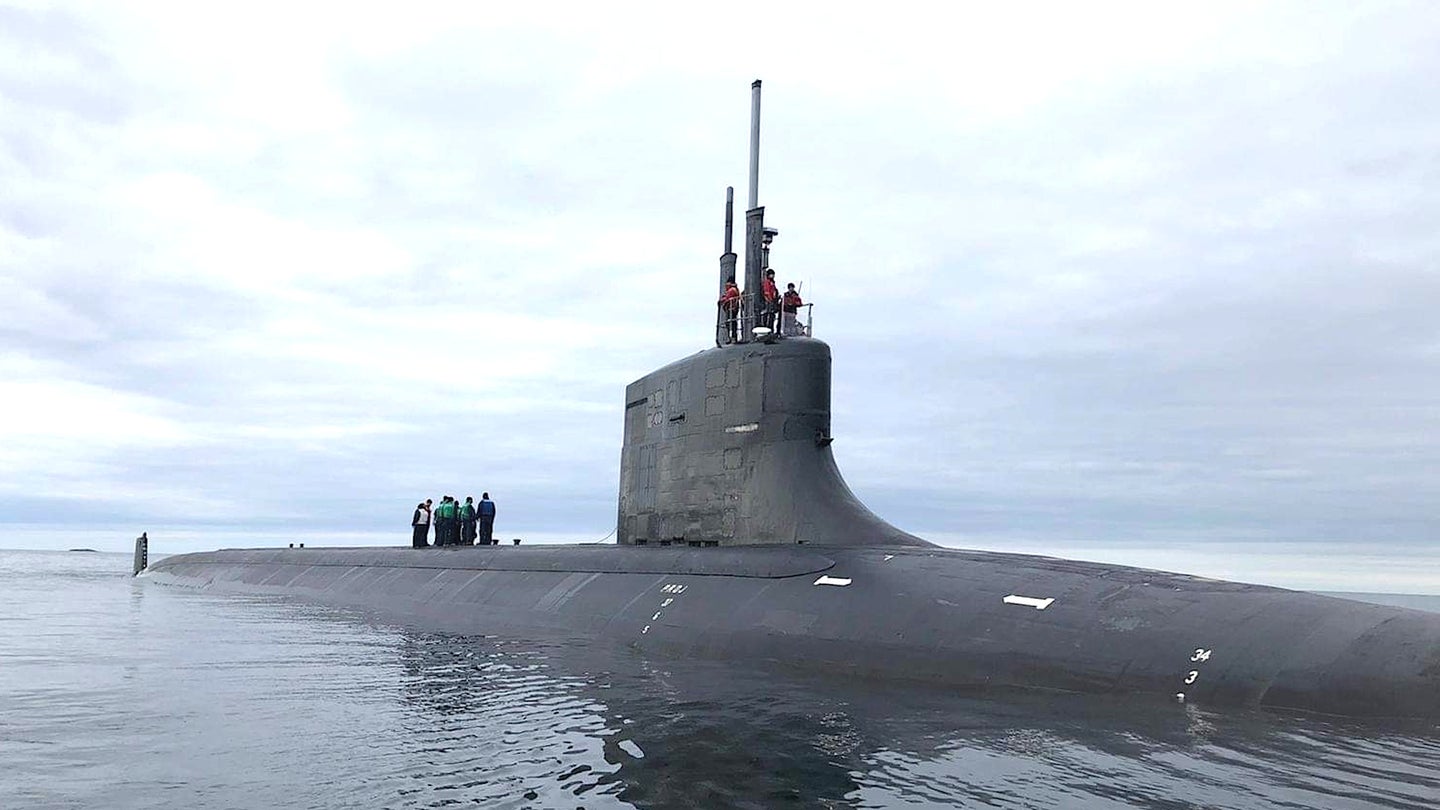