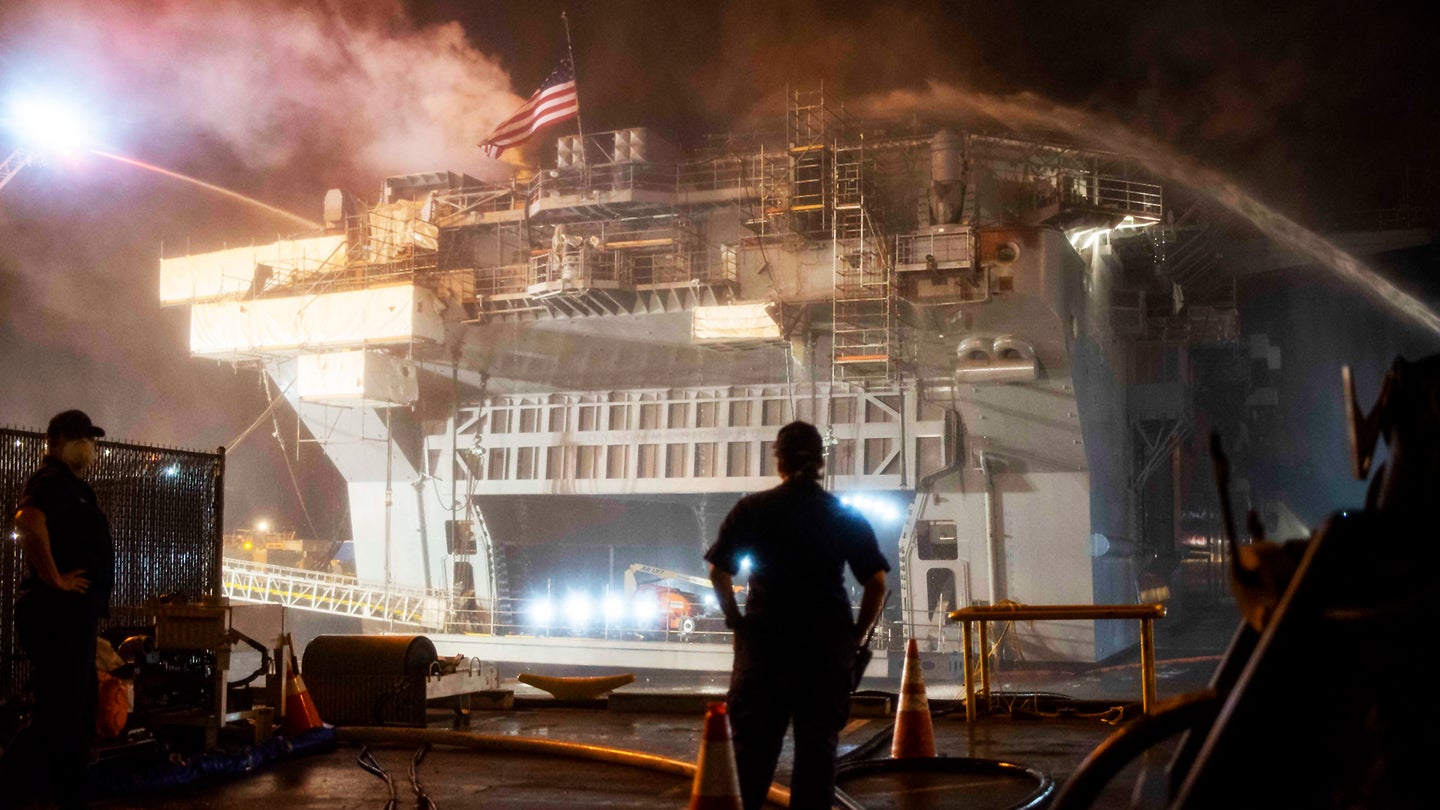 Channel 10 News, the ABC affiliate in San Diego, reports that a sailor is under investigation for the fire that burned for days aboard the amphibious assault ship USS Bonhomme Richard. The blaze has likely destroyed the multi-billion-dollar capital ship.

Multiple sources with close ties to Naval Criminal Investigative Service (NCIS) told ABC 10News that investigators determined the July 12 fire may have been set intentionally. Investigators identified a sailor as an arson suspect in their probe, sources said.

The sources added multiple search warrants were executed at the sailor’s home and property. The sailor’s name and rank were not disclosed.

The outlet also stated that the NCIS team dealing with the investigation has "requested help from the National Response Team for the Bureau of Alcohol, Tobacco, Firearms and Explosives (ATF) because the agency provides resources and expertise on complex, large-scale incidents like the massive ship fire."

If indeed a serviceperson caused this, it could represent the most expensive single losses of property due to arson anywhere, let alone from within the Navy. It's worth noting that a civilian contractor was to blame for what is now the second-worst fire aboard a U.S. Navy vessel in recent memory. In 2012, Casey Fury, a painter and sandblaster, lit the Los Angeles class nuclear fast-attack submarine USS Miami (SSN-755) on fire. The damage was pegged at the better part of $1B and the ship was removed from service as a result.

We have to highlight that just because there is a suspect, it doesn't mean they are guilty or that arson is even the definitive cause of the fire. Still, if this ends up being the case, it will be another gut-punch for the U.S. Navy and will have wide-ranging impacts.

We will keep you informed as the investigation continues to unfold.