As Russia’s military-industrial complex gears up for the forthcoming ARMY-2020 arms trade fair, to be held outside Moscow from August 23-29, manufacturers are providing sneak previews of some of the new products on offer. And it doesn’t get much more exotic than the Drozd amphibious vehicle that will be presented by the Baltic Machine-Building Company, and which looks like it could have emerged from the workshop of Q — James Bond’s fictional research and development division.

An accompanying report from TV Zvezda, the official television network of the Russian Ministry of Defense, says that a prototype of the amphibious car is currently being tested. It quotes the vehicle’s chief designer Sergey Tereshenkov, who’s also head of the Baltic Machine-Building Company (or BMK), based in St Petersburg, and describes the design as the first Russian all-wheel-drive amphibious “planing” vehicle in its class. As a planing design, the Drozd should have the speed required to achieve a hydroplaning effect, lifting itself partly off the surface of the water much like a speedboat does.

The Drozd (meaning thrush, a songbird) is “practically unsinkable,” TV Zvezda boldly claims, and it reportedly has a maximum speed of 43 miles per hour on the water and up to 62 miles per hour on land, the power of its 260-horsepower diesel engine being delivered via a three-speed automatic transmission. A “high level of cross-country ability allows the amphibian to be used on public roads, off-road, and in the waters of rivers, lakes and seas,” the report adds. Its range on land is stated as 497 miles, reduced to 186 miles on the water.

The Drozd is attributed with a total weight of 4,409 pounds and can carry a payload of up to 3,307 pounds. The amphibian’s lightweight structure is reportedly achieved through the use of composite materials, especially carbon fiber, which is used to create a load-bearing composite hull. The amphibian’s hydrodynamics were the responsibility of Russia’s Kompan Marine Systems, a manufacturer of high-speed vessels for security forces, as well as for sport and leisure use.

In the available photos, the front wheels of the car are retracted to a horizontal position, an unusual feature for an amphibious vehicle, but one that is said to increase seaworthiness in conditions up to Sea State 3 (wave height of 1.25 meters). Meanwhile, the rear wheels are raised above the bottom of the hull when on the water. A central tire pressure regulation system — a common feature on Russian wheeled military vehicles— is also included, which seems to add another layer of complexity. The front of the vehicle carries a spare wheel and tire plus a winch for self-recovery.

While the accompanying images show a civilian-style all-black paint job — presumably this is the prototype — the production amphibian is clearly planned for military use and will be offered with weapons options including machine guns and various “combat modules” including multiple-launch rocket systems. That said, it seems probable that BMK also foresees a limited civilian market for the amphi-car, both in Russia and elsewhere.

Other military features reportedly include a hull with undisclosed mine protection measures and the option to add light armor. “The amphibian is capable of landing at high speed and continuing to move on wheels,” adds the TV Zvezda report, suggesting it may be especially relevant for amphibious assault operations, operating in a forward reconnaissance or scouting role. The time required to switch from land-based to waterborne mode is said to be just 12 seconds. Although it’s unclear how the vehicle is propelled in the water, it likely makes use of a water jet.

In the interview with Mil.Press Flot, Tereshenkov says that the Drozd’s modular design means it could be adapted for use by the marines, navy, landing forces, and coastal troops. Its missions could include reconnaissance and special operations, logistics support, and medical services. The designer also points out its utility for engineering troops, who could use it for setting up pontoon crossings, for example. Among possible civilian operators are rescue and fire services as well as law enforcement agencies.

“In addition, the Drozd can be used in areas with difficult road and climatic conditions and an abundance of water barriers, including the Arctic. The machine is prepared for operations at temperatures as low as -50 degrees Celsius [-58 degrees Fahrenheit],” Tereshenkov adds.

Speaking to Mil.Press Flot, Colonel-General Vladislav Polonsky, formerly responsible for armored vehicles for the Russian Ministry of Defense, said he considered the Drozd particularly relevant for Russia's Naval Infantry – broadly equivalent to the U.S. Marine Corps. He explained that while their BTR-90, BMD-3, and BMP-3 armored vehicles offer a high level of sophistication, they are all hampered by their low speed on the water, averaging around 6-7 miles per hour.

In an article on the Mil.Press Flot website, Tereshenkov explains that the impetus for the design of the amphi-car was to “eliminate Russia’s lag in the field of high-speed planing amphibians,” the chief designer noting that the Soviet Union created a similar vehicle back in the 1980s when inventor Dmitry Kudryachkov created the Triton planing amphibian. This is not to be confused with the more recent BORTS Triton, a light vehicle that is both amphibious and capable of flight using a rear-mounted pusher propeller and detachable flexible wing.

A number of other Soviet or Russian amphibious developments remained unbuilt. Before that, the Soviet Union had introduced the GAZ-46 MAV back in the early 1950s, this being an amphibious version of the ubiquitous GAZ-69 jeep, powered by a screw-propeller, but it lacked a planing ability.

There have been numerous amphibious cars and trucks developed in various countries around the world since the turn of the 20th century, as well. This includes the famous U.S. DUKW amphibious trucks, better known as Ducks, which, for a time, were in widespread use in numerous cities in the United States for waterborne tours. The age of these vehicles, as well as high profile accidents, including instances with significant numbers of fatalities, have led these largely being withdrawn from commercial service in recent years.

The Mil.Press Flot article specifically points to more recent “similar” developments being undertaken in the West and in China, mentioning unspecified work carried out by Lockheed Martin and General Dynamics in the United States, as well as at China’s Research Institute of Vehicles and by Gibbs Amphibians in the United Kingdom. Gibbs offers an entire range of amphibious vehicles, ranging from motorcycle and quad-bike-like types to larger car and truck-sized vehicles, primarily aimed at civilian, commercial, and emergency services markets.

“Several of these machines have been created in each country, some of them are already mass-produced,” it adds. However, it notes none of the foreign designs feature “real” all-wheel drive, with cross-axle differentials to ensure power is directly supplied to all wheels.

The Drozd is without a doubt an intriguing design and one with no real equivalent in service with any other military. At the same time, it’s unclear whether the vehicle shown in the images released so far is the mentioned prototype or just a mock-up.

And, for all the potential military applications of the amphi-car, it remains to be seen whether the Russian military will express any serious interest in it. If it doesn’t, it wouldn’t be the first time that weird and wonderful military design from Russia has disappeared without a trace. 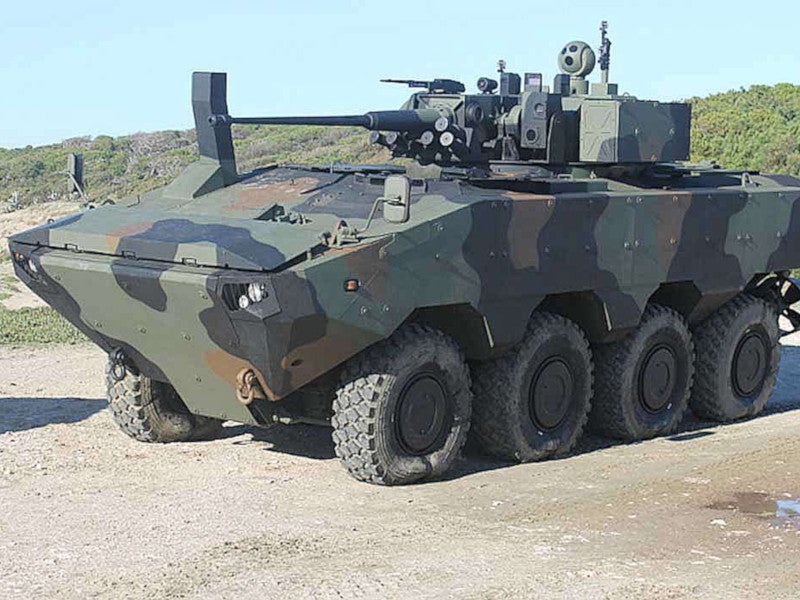 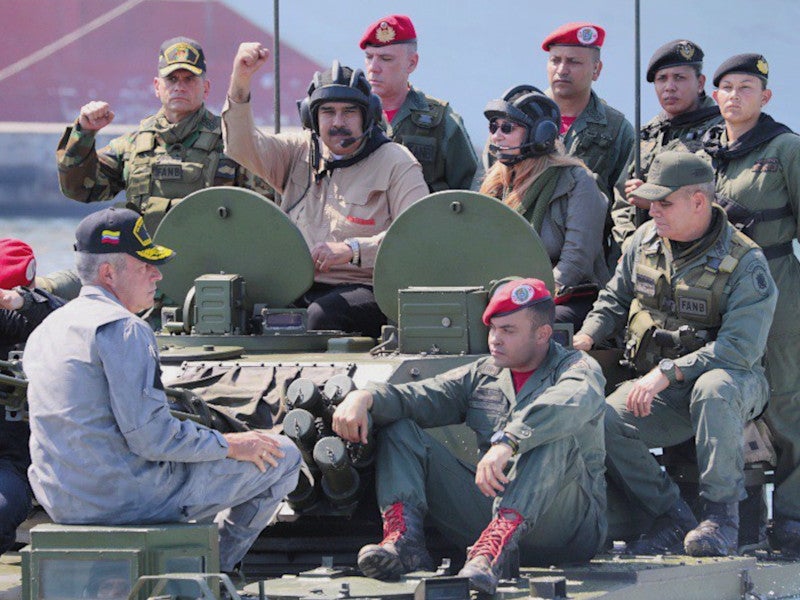 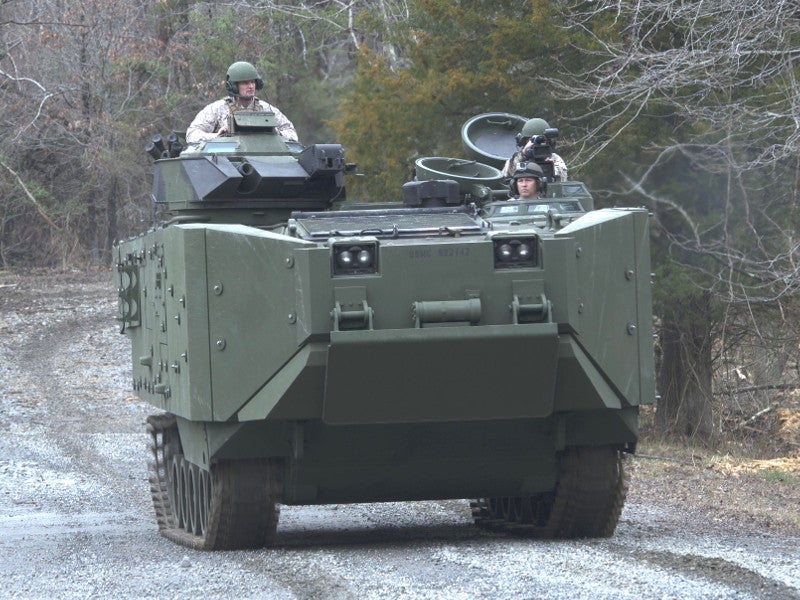