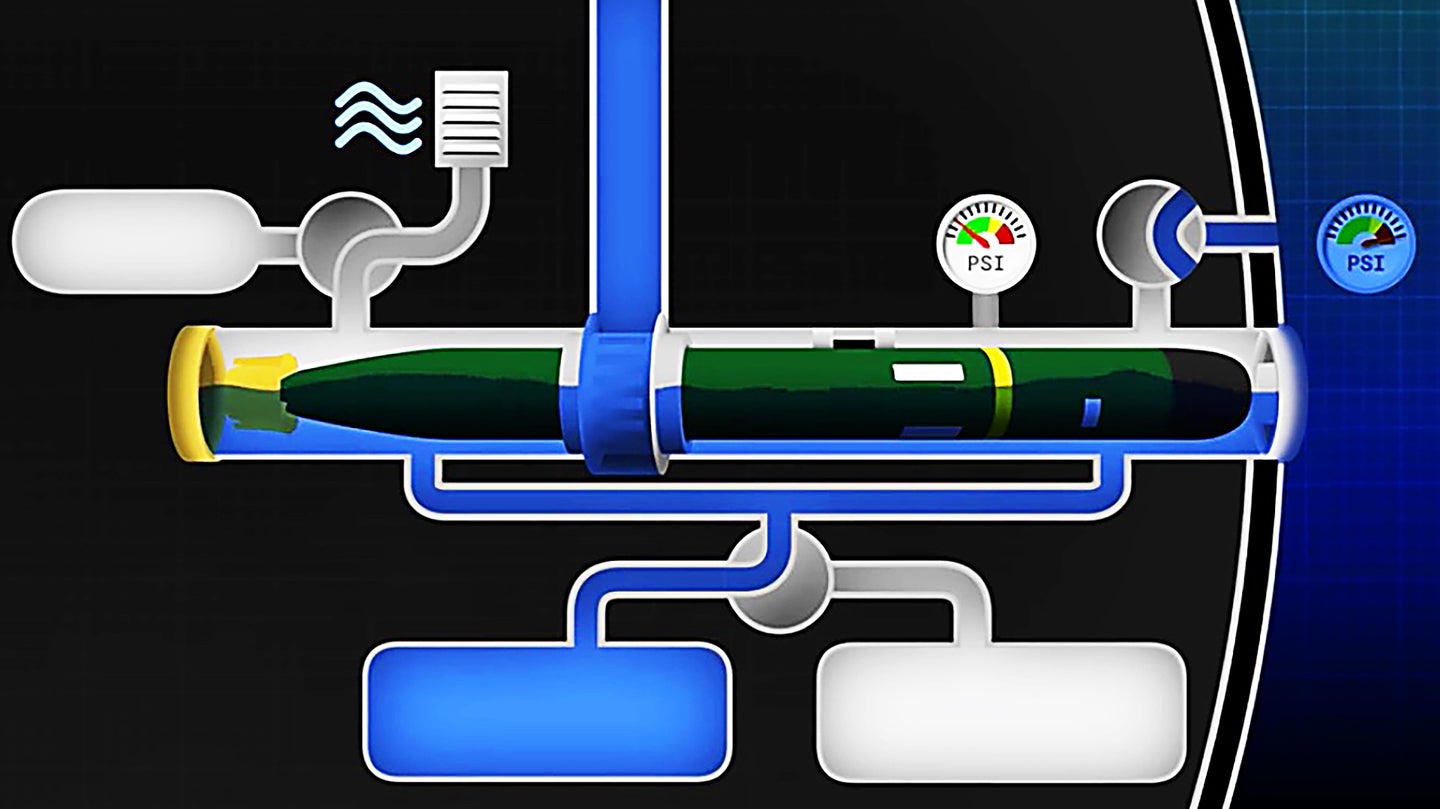 Stick a torpedo inside a casing through a hatch on one end, close the hatch, and then fire it out the other end of the casing via another hatch. Seems simple enough, right? Well, that laughably simplified description of what is involved in firing 'fish' from a submarine is horrible, but not to worry, because we now have one that is way, way better.

The highly popular SmarterEveryDay YouTube channel went aboard the Los Angeles class nuclear fast attack submarine USS Toledo (SSN-769) for a look around and to chat with the crew about their unique world. As part of the series, an entire episode was dedicated to explaining how Toledo's torpedo tube actually works and it is way more involved than most would probably imagine.

They did such a wonderful job with this explainer. It really highlights all the mechanical engineering that goes into just firing the torpedo out of the submarine. The host even crawls inside the torpedo tube with a flashlight to give us a first-hand look at what it looks like in real life.

Submarines look so simple and smooth from the outside, but that is a product of their stealthy and efficient design requirements. What lies beneath is a dizzying array of tightly packed and often miniaturized technologies, as well as over a century and a half's worth of mechanical engineering evolution. Even the torpedo tube, a feature that has been around since the dawn of the modern submarine, has a lot more going on than what meets the eye.

You can click the following links to learn all about modern torpedoes, decoys, how enemy submarines are hunted, submarine on submarine engagements, and the unique cultures aboard different subs from a submariner with decades of experience sailing aboard these underwater modern marvels. Also check out the rest of SmarterEveryDay's submarine adventure below:

A veteran submariner explains how the experience of serving aboard a U.S. Navy submarine varies greatly based on the sub’s mission set.