Learjets have been rolled before, but we have never seen anything like this. 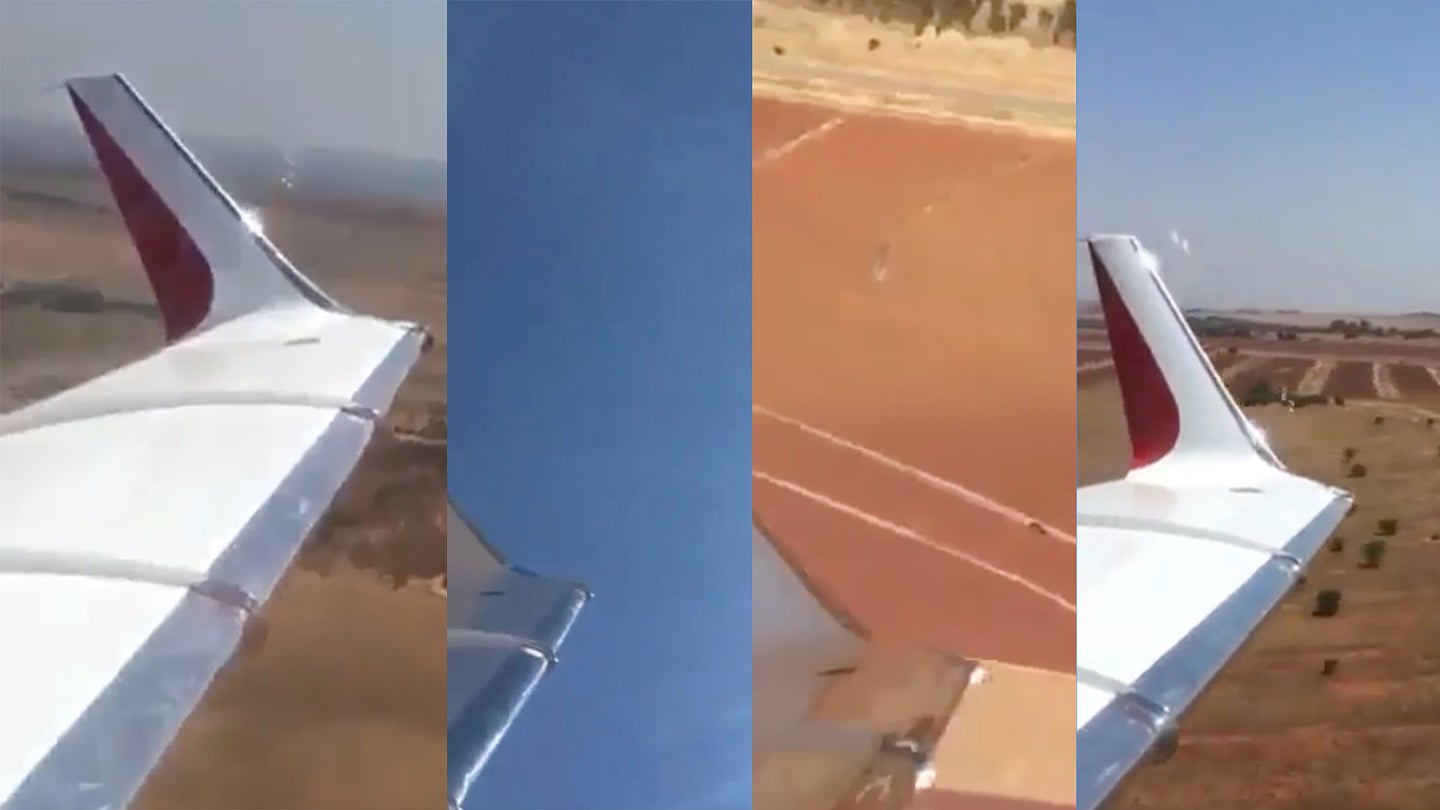 Private jets are not intended to be thrown around like aerobatic aircraft, but there have been plenty of stunts performed by brazen pilots over the years. Rolling Learjets is sort of an inside joke within the private jet community. The maneuver has been executed more times than many would like to admit, sometimes with terrible results. In fact, specially modified Learjets have been used in two aviation legends' air show routines. But doing a roll as part of a carefully orchestrated routine or at many thousands of feet above terra-firma and at a high energy state is a far cry from rolling a jet just before touching down. This is an area of an aircraft's flight envelope where there is very little forgiveness. According to the crazy video below, some nut at the controls of a Learjet gave it a shot.

The clip comes from one of the best aviation feeds on Instagram, @combat_learjet. You will hear the engines spool up and then the roll begins. A lot of altitude was lost in a very short period of time due to the maneuver:

The video appears to be authentic, but we have no way of knowing the circumstances surrounding it or where it was shot. Regardless, it is one of the most dangerous things I have ever seen a business jet do. The aircraft involved looks like a Lear 31A. It's an older type that went out of production 17 years ago. Lear 31s can be had for around $500k to $1M depending on the age and condition.

Learjets are known for their speed and agility, but there is aggressive flying and then there is a death wish. What is depicted in the video is definitely in the latter category.

Here are a few other videos of private jets rolling, including one of Clay Lacy's awesome Learjet air show routine as well as Bobby Younkin's:

If you know any more about this video, please let us know in the comments below or via email.

Shout-out to our long-time reader Josh Feller for the heads up on the video!

There are austere airstrips and then there’s this.