The YF-23 was an amazing combination of cutting-edge innovations that we are still learning about. Its digital flight control system was no different. 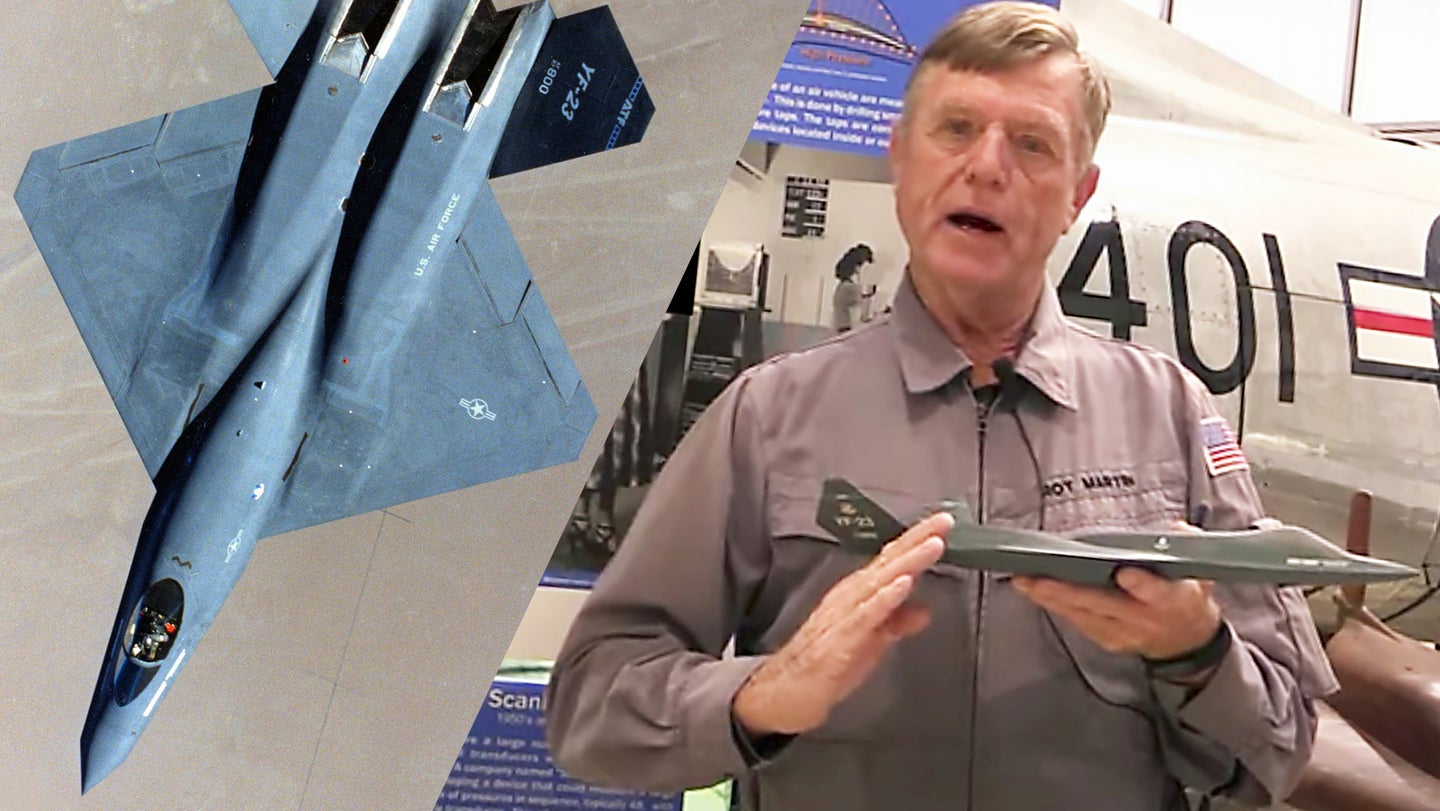 As we continue our series on the YF-23 Black Widow, an aircraft that has captured imaginations like few non-successful aircraft designs ever have, we now get an unprecedented look at the aircraft's unique and highly innovative flight control system from one of Northrop's top test pilots, Roy Martin. Once again, this video comes to us from the awesome Western Museum of Flight, the same place where YF-23 test pilot Paul Metz explained why the aircraft lost to the YF-22. It provides some fascinating details about lesser-known aspects of the YF-23, an aircraft that was packed with new technologies, in a similar manner as to how an F-22 test pilot recently explained the incredible flight control system on that jet, which was the end result of Lockheed winning the Advanced Tactical Fighter tender.

Some of the highlights include the "accel-decel throttle' that allowed pilots to fly the aircraft via controlling its speed instead of thrust via the throttle. This dynamic auto-throttle-like setup was apparently really intuitive and helped pilots keep their attention on other pressing tasks, like looking out of the cockpit, instead of trying to maintain the kinetic state. Martin notes that controlling the YF-23's speed traditionally was a bit of a hassle as it was so 'slippery' that it could accelerate away as a result of just a moment of inattention.

Tiny air data pressure holes replaced pitot tubes for primary air sensor data on the YF-23. The small constellations of holes are so small you wouldn't even know they were there. This was a first for a fighter and the tech was pioneered to a more limited degree on the top-secret Tacit Blue technology demonstrator.

Small, but super powerful actuators had to be developed to control the aircraft's 'flaperons' as the jet's wings were so thin a normal actuator would not fit. The massive widely splayed tailerons also required a new type of actuator called a 'two-stage direct drive actuator.' The issue was the huge tails would have to be able to move rapidly at slow speeds for dogfighting while also being able to have the power to push super high-pressure air around during high-speed flight well above the speed of sound. As a result, an actuator with two separate chambers was created to be able to accomplish both tasks. It worked extremely well as it is known that YF-23 met all super-maneuverability requirements without complex and heavy thrust vectoring nozzles.

Roy Martin also gets into the crazy simulator Northrop had built, called the Large Amplitude Motion-Based Simulator, in which they pushed the flight handling qualities of the aircraft to the limit before actually flying it. It proved to be amazingly accurate. The simulator itself appears to be a modern marvel and is likely closely related to the Air Force Research Lab's LAMARS simulator,  which was also built by Northrop.

Check out the full video below. Martin is outstanding at conveying the complex nature of topics he is talking about in an easy to digest and conceptual manner. His insights are fascinating, to say the least: