The images show major lacerations across the helicopter’s nose and windscreen after what could have been a deadly accident, but thankfully wasn’t. 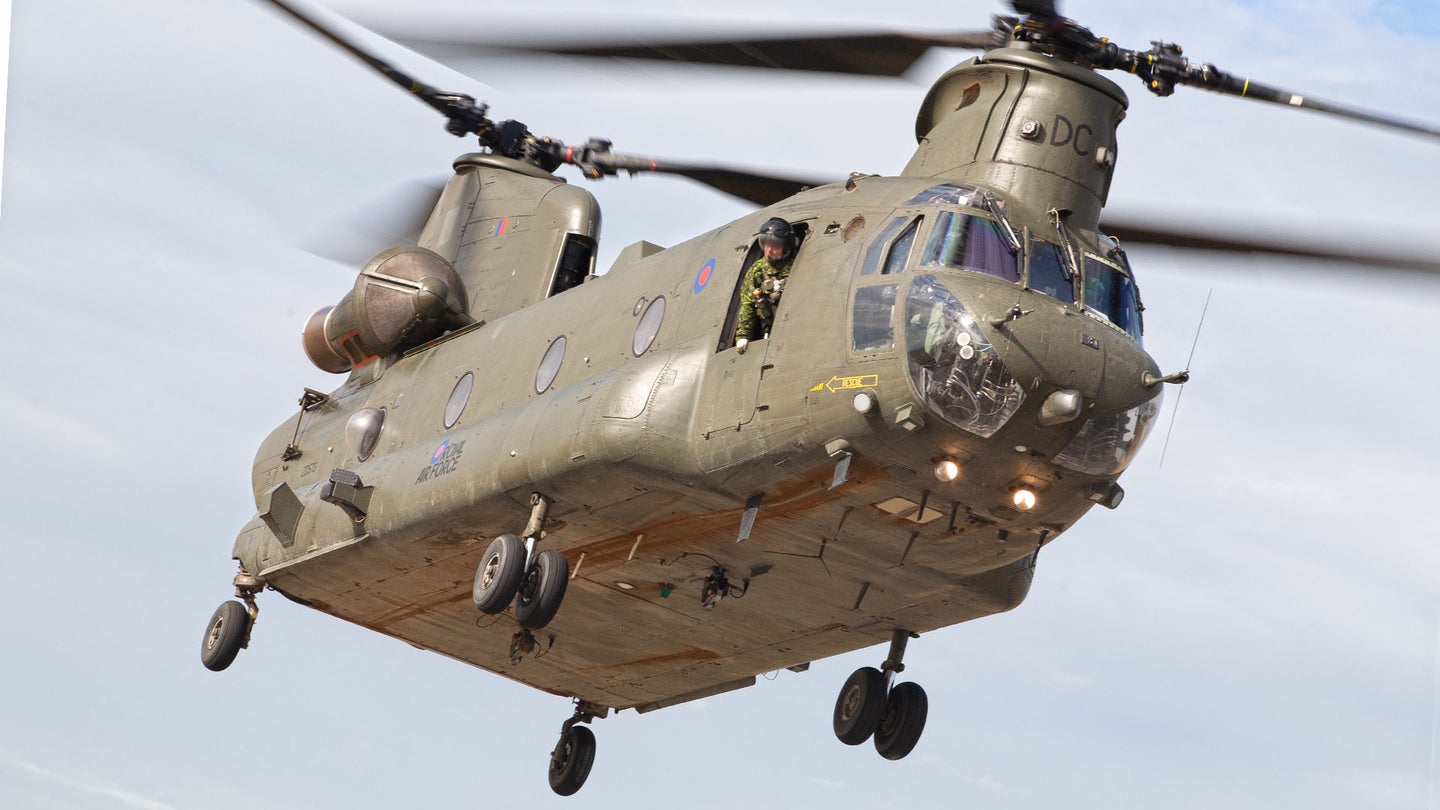 Images have emerged on social media that show the damage inflicted by power lines on a Royal Air Force Chinook. The aircraft was forced to make an emergency landing in a field on Tuesday evening, July 28, 2020, near the village of Llangynin, in Carmarthenshire, Wales in the United Kingdom. The heavy-lift helicopter was on a routine low-level training mission from its home base at RAF Odiham in Hampshire, England when the incident occurred.

A statement from the RAF said the helicopter sustained "minor damage,” and luckily only one member of the crew suffered "minor injuries due to some broken glass.” The helicopter has clearly received some pretty hefty lacerations to its nose and windscreen, with the incident resulting in a power cut in the local village. Check out the images in the tweet below.

It’s not clear if the Chinook hit the powerlines after it suffered a technical issue or whether the need to land in the field was triggered by a low-level wire strike. Flying low-level missions is a standard tactic for Chinook crews. Despite the size of this helicopter, it is agility allows pilots to get down very low if operating in high-threat situations. However, powerlines present an ever-present for helicopters flying at those altitudes, especially at night.

RAF Chinooks don't feature wire-cutters, however, it's a common safety modification for helicopters that routinely operate at low altitude. These safety systems can sever wires in the event of an accidental collision, theoretically reducing the risk of them catastrophically damaging the airframe and the rotor system.

Engineers were immediately dispatched to the scene to help with the recovery effort, and to assess the site and determining how to best retrieve the Chinook from the Welsh countryside. The Pembrokeshire Herald reported that “helicopters are being brought in to assist with the recovery operation,” according to a source it said was close to the incident, adding: “with operations expected to commence at first light.”

Whatever the reason for the wire strike, which will be determined by an ongoing investigation, the incident would undoubtedly have been a shocking moment for the crew. Thankfully, they all escaped without major injuries.