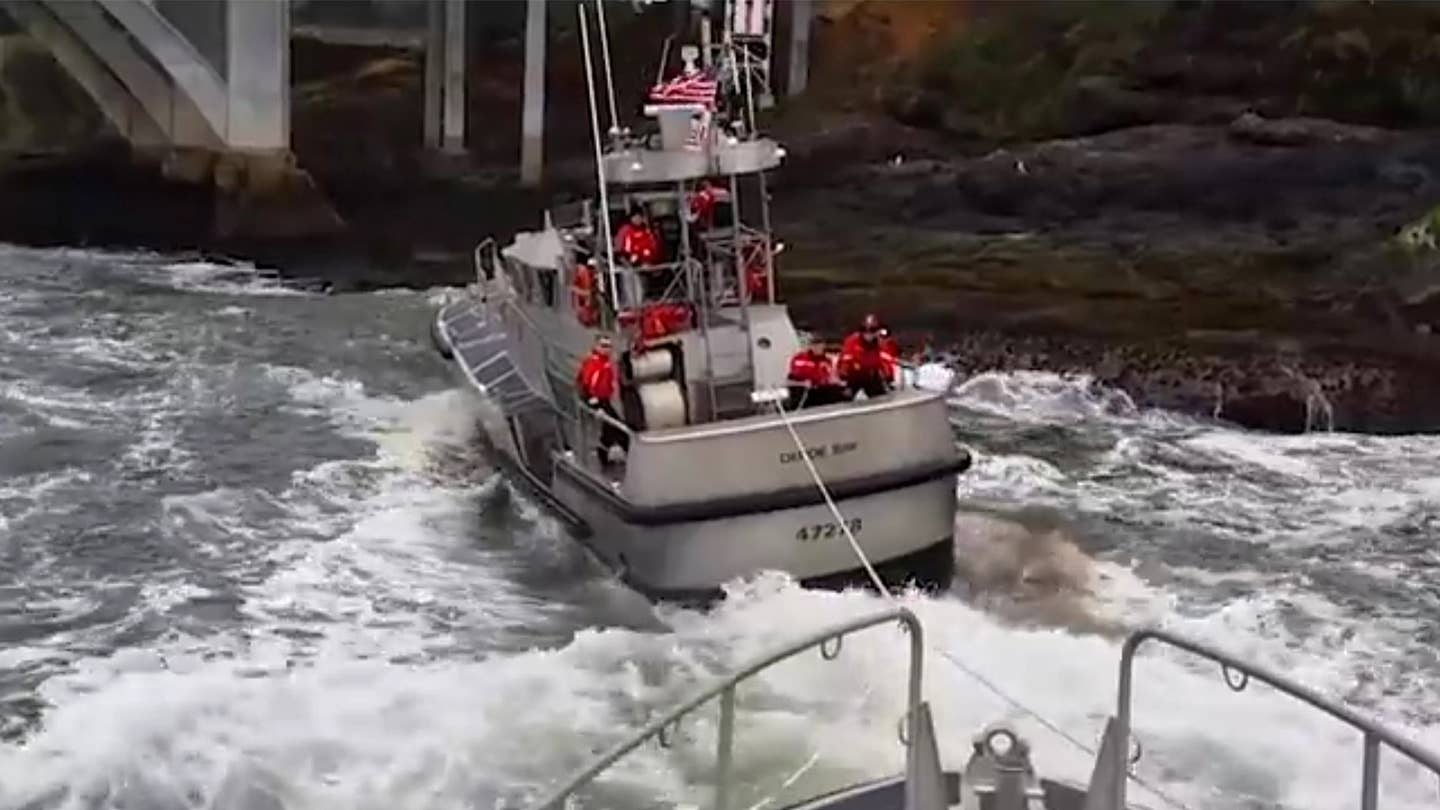 Nearly everything is intense about a Coast Guard Motor Lifeboat crews' job. For those stationed in Depoe Bay, Oregon this includes just getting to work and then back home.

Depoe Bay, located along the central Oregon coast, has the self-proclaimed world's smaller navigable harbor. Yet getting into this harbor from the Pacific Ocean includes navigating a narrow and rocky inlet that depending on the tide and weather can be battered by incoming waves. Watching ships traverse this seemingly perilous waterway is an entertaining affair for locals and those who stop along the famous Highway 101 to gawk at the storybook-like setting.

These $1.2 million dollar vesels pack 870 horsepower, can withstand impacts from the surf of uo to three Gs, and are able to capsize and right themselves naturally within ten seconds while leaving their operability totally unaffected. They are quite the extreme machines, and deservingly so as they have to operate right in the heavy surf where most ships try to avoid at seemingly any costs.

Working in hostile coastal sea conditions is one thing, but having to brave a complex, rock-lined, white watered inlet just to get there is a whole other issue. Yet the Coasties at Depoe Bay do just that day-in and day-out. They are on call to respond to a slew of emergencies, including search and rescue operations for lost persons and responding to SOS calls from sinking ships.

Often times these big aluminum lifeboats work in pairs and sometimes mechanical issues do arise. This is no big deal as one boat can just tow the other right? Well yes, but when a rocky water-filled canyon seperates you from your home base this affair can become a bit tricky.

Check out the video below showing one of these touchy operations executed perfectly.