The U.S. Air Force says it recently wrapped up a series of tests involving a prototype low-cost cruise missile developed under a program called Gray Wolf. This comes as the service is also working toward starting flight testing of networked swarming munitions as part of a separate project known as Golden Horde.

The 412th Test Wing at Edwards Air Force Base in California announced the completion of the latest round of Gray Wolf tests on July 14, 2020. Air Force personnel conducted both Electromagnetic Interference and Compatibility (EMIC) testing on the ground and captive carry flight tests using an F-16C Viper fighter jet from the 416th Flight Test Squadron.

"The EMIC check is ground check to confirm the missile is okay to fly on our specific test aircraft," Conor Most, a Flight Test Engineer with the 416th explained in an official interview. "A captive-carry flight is the first flight with the weapon; the goal is to rehearse the weapon flight profile and gather critical state/environmental data about the weapon."

"Getting the weapon airborne and gathering data is crucial to the development for a new weapon system like this," he continued. "With just one captive carry flight, the team learned more than in weeks or months of laboratory testing. Modeling and simulation go a long way to helping you predict how a new weapon will behave, but they will never replace actually putting the weapon on an aircraft and observing how it actually behaves in a real-world environment."

The Air Force Research Laboratory (AFRL), which is leading the Gray Wolf program, had previously announced the successful completion of a series of tests of the low-cost Technical Directions Inc. (TDI) TDI-J85 turbojet engine that is set to power these experimental weapons in March. TDI is a division of drone-maker Kratos.

All of this is building toward a planned live flight test of one of the missiles, which Northrop Grumman has developed in cooperation with Griffon Aerospace, on the Naval Air Station Point Mugu Sea Test Range off the coast of southern California by the end of the Summer.

AFRL initiated Gray Wolf, which you can read about in more detail in this past War Zone piece, in 2017 to demonstrate the feasibility of an air-launched cruise missile that would be very low-cost and highly fuel-efficient when compared to similar existing weapons, such as the AGM-158 Joint Air-to-Surface Standoff Missile (JASSM) series.

Increased fuel efficiency could translate to increased stand-off range, valuable in an era of ever-improving air defenses among potential adversaries. It would also allow a missile to use less fuel to reach certain distances, freeing up space inside a weapon for larger warheads, improved guidance systems and seekers, or other features, all without increasing its form factor. This could be very valuable for designs intended for stealthy aircraft, which need to carry their ordnance internally to maximize their radar-evading capabilities.

Lowering the unit costs of cruise missiles could be absolutely critical in the future, as well. The Air Force expects to pay, on average, $1.266 million for each JASSM, regardless of variant, in the 2021 Fiscal Year, according to the service's most recent budget request. This could easily make a mass cruise missile strike prohibitively expensive, especially during any major future conflict.

These costs concerns are only magnified when considering the Air Force's desire to field large swarms of autonomous networked munitions in the future. AFRL has already used the Gray Wolf project to explore initial concepts in this regard and it will help inform the Golden Horde program. In 2019, the service announced it was canceling additional phases of Gray Wolf specifically in order to shift resources to Golden Horde.

Golden Horde, another AFRL-led effort, is working to develop artificial intelligence-driven systems that could potentially go into various types of munitions, as well as other air-launched stores, that will allow them to work together as an autonomous swarm. On July 13, 2020, Defense News reported that the Air Force was looking to begin flight testing of the first experimental munition developed under this project, a modified GBU-39/B Small Diameter Bomb (SDB), dubbed the Collaborative Small Diameter Bomb 1 (CSDB-1), by the end of this year. An F-16 is expected to carry the CSDB-1s during those tests.

"With all the talk about artificial intelligence and other things in 'Terminator' movies … [there’s] certainly some trepidation of what independent capability a weapon may have," Air Force Colonel Garry Hasse, head of AFRL’s Munitions Directorate, told Defense News.

"[Mission planners] would give information to the weapon on an appropriate engagement zone, where it would be considered proper for the weapon to engage targets … and they would give the weapons information on known targets in that zone," Norma Taylor, the Golden Horde Program manager, also explained to Defense News. "But if they have some idea that there might be other targets out there that they don’t know, they will give the weapon some information in terms of priorities, so that if you come across a higher-priority target that’s in the authorized engagement zone, then you have permission to change your assignment."

Technologies to enable increased autonomy in various systems, combined with developments in artificial intelligence and machine learning, is a steadily expanding field of interest broadly within the Air Force, as well as across the U.S. military as a whole. You can read more about potential autonomous concepts of operation for munitions, as well as unmanned aircraft, in this past War Zone feature.

“One of the important aspects of the networking aspect of the technology is the ability to send information to the weapon while it’s in flight and give it a new mission download, so to speak,” she continued. "But the important thing is to realize that whether it’s preprogrammed in mission planning or whether it’s a mission update to your flight, the operators are still required to provide the weapon those rules of engagement are on, where they can and can’t engage, and what their mission priorities are."

Of course, Golden Horde isn't expected to be limited to munitions carrying out kinetic strikes. The swarms could also include other air-launched stores, including decoys, such as the CMALD, which could carry electronic warfare packages to jam or otherwise confuse enemy air defenders, potentially drawing their attention away from a main line of attack or otherwise spreading their forces thin across a wide area. The Air Force hopes to test CSDB-1s and CMALDs together in 2022.

Updated mission instructions and associated data, including targeting information, could potentially come from a wide variety of sources, including aircraft, ships, forces on the ground, and even assets in space, as well. It's possible that ultimately a portion of the swarm itself might be configured for intelligence, surveillance, and reconnaissance missions and be able to feed data to other munitions or air-launched stores. Colonel Hasse said that there is a goal for the Golden Horde munitions to eventually be able to leverage the Air Force's separate plans for an expanded, overarching, multi-faceted network architecture known as the Advanced Battle Management System (ABMS), which you can read about more in this past War Zone piece.

It's not clear what systems developed under Golden Horde may actually become operational. It, just like Gray Wolf before it, is more of a technology demonstration effort intended to serve as a stepping stone to a future operational capability.

“I don’t know [that it’s] specifically a collaborative SDB that we’ll transition into the inventory," AFRL's Taylor said. "I think more it’s a matter of looking at some of the plays and the networking capabilities and the collaboration capabilities that could be put into other systems."

With a live flight test planned for Gray Wolf in the near future and flight testing of the CSBD-1 set to kick off within months, we shouldn't have to wait much longer to see what exciting progress the Air Force has made toward low-cost cruise missiles and autonomous swarms of munitions. 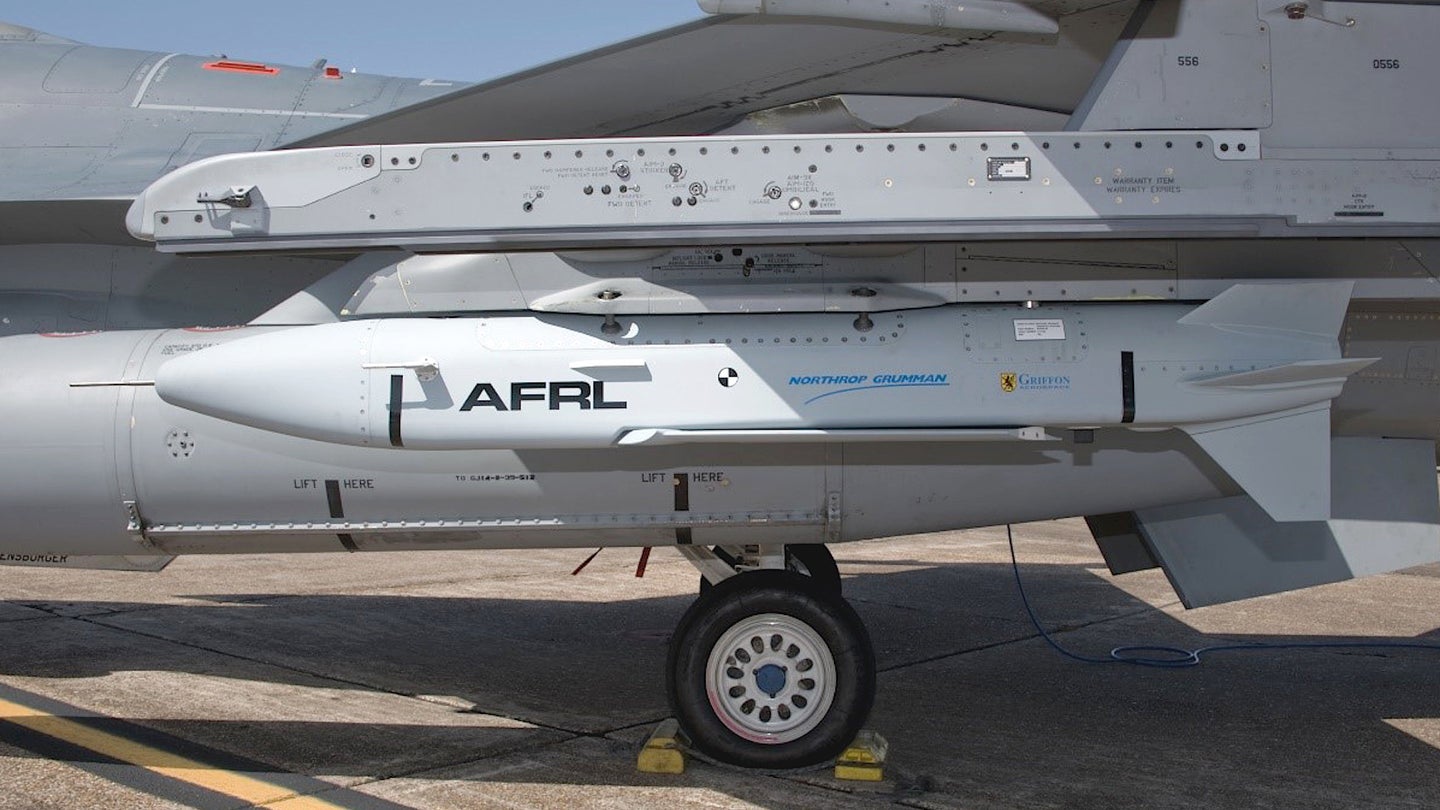 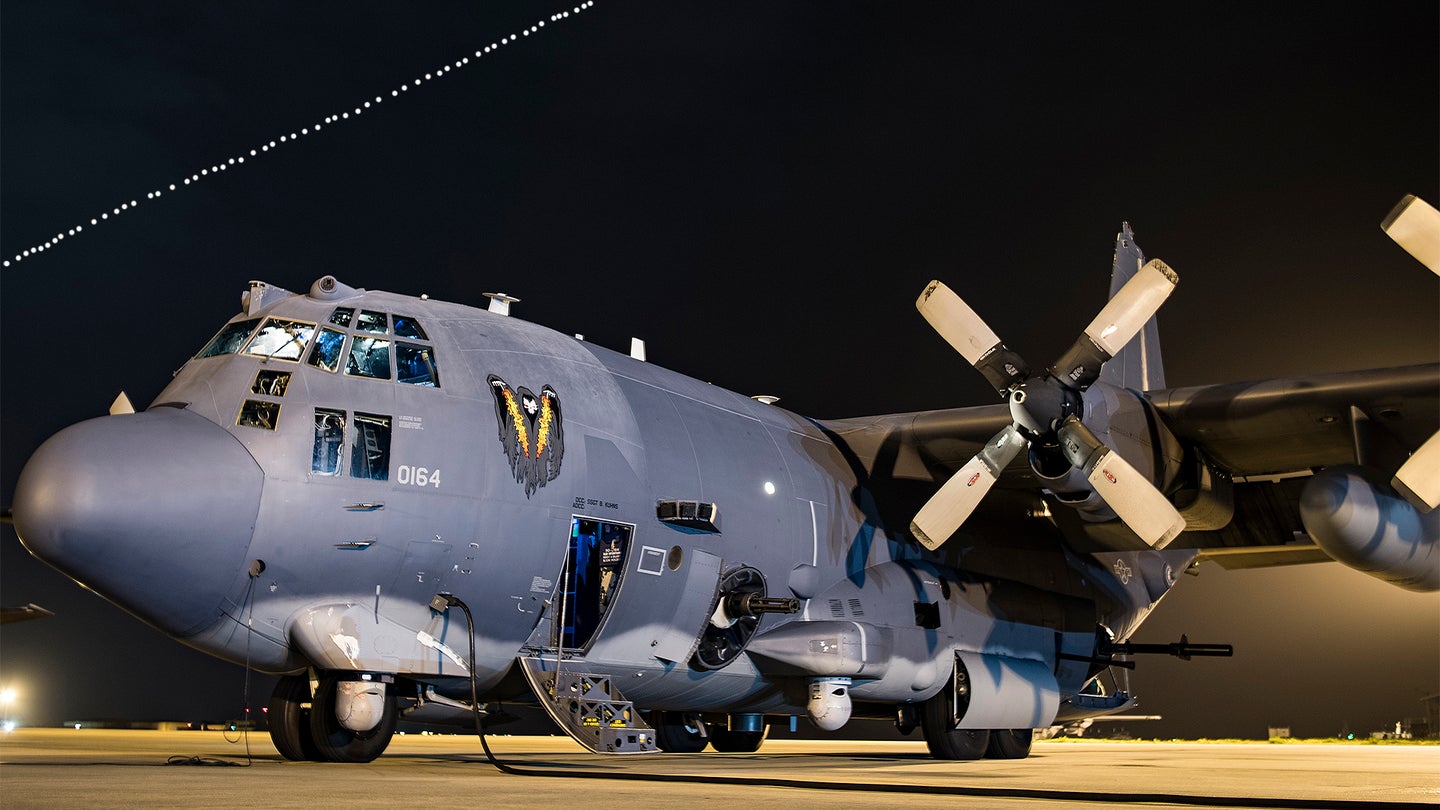 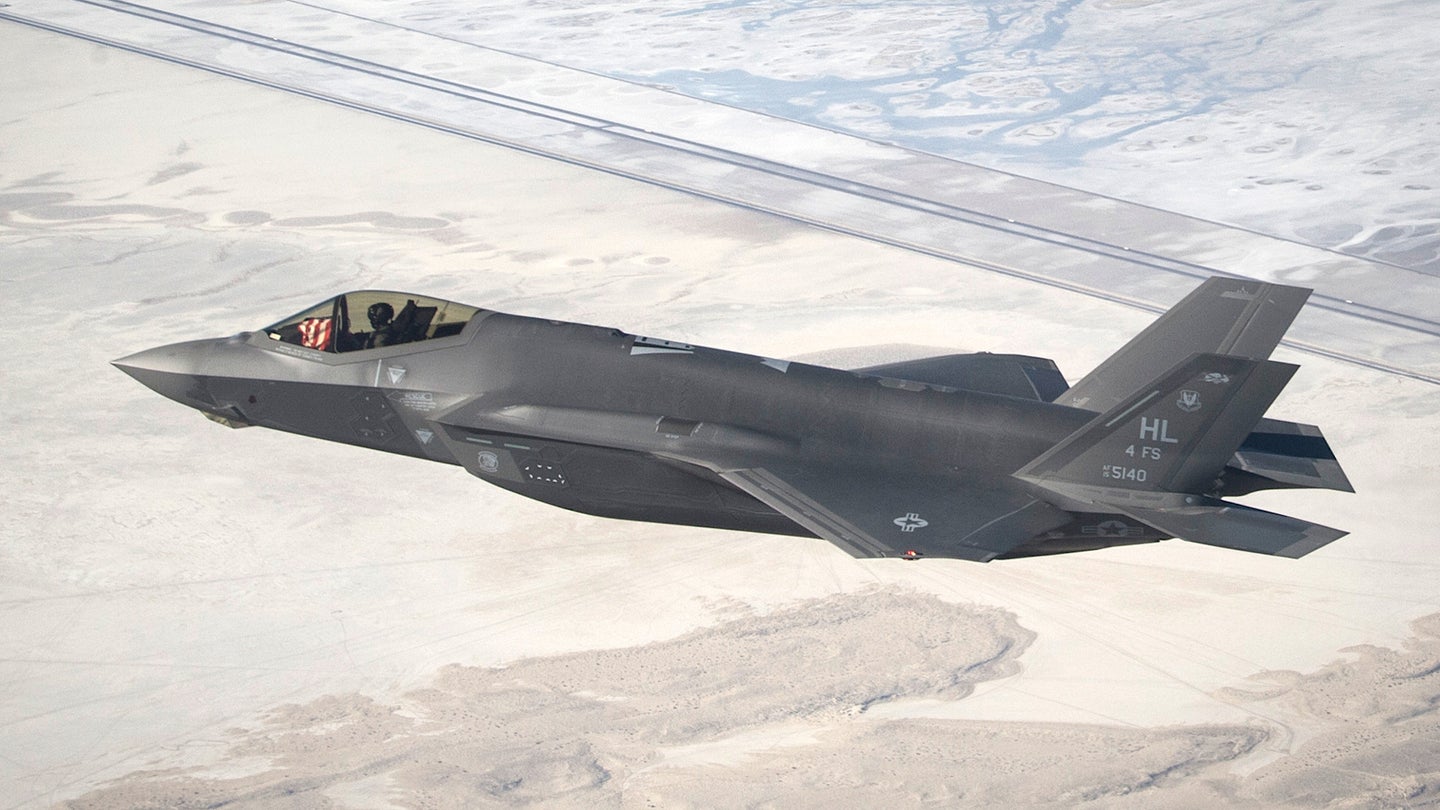 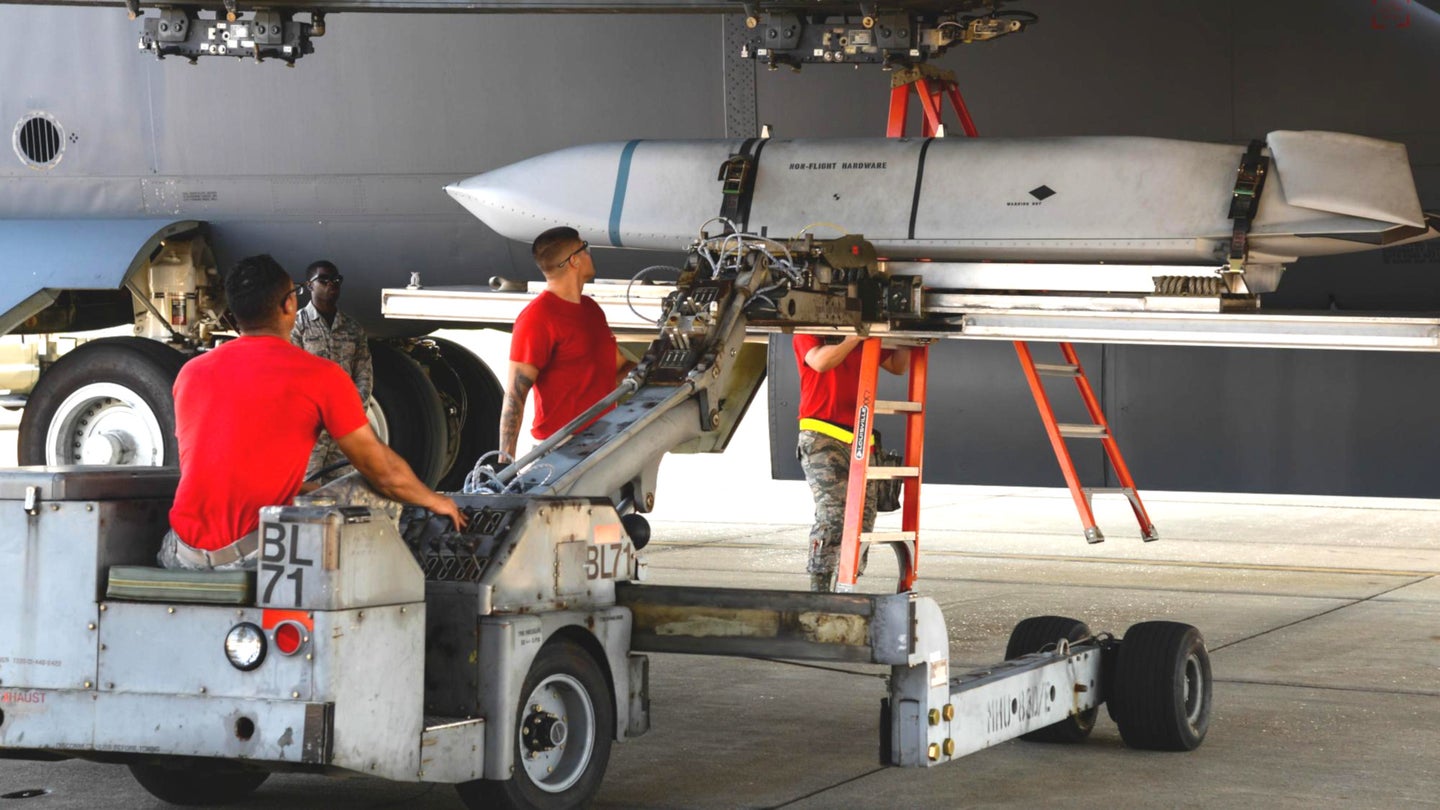 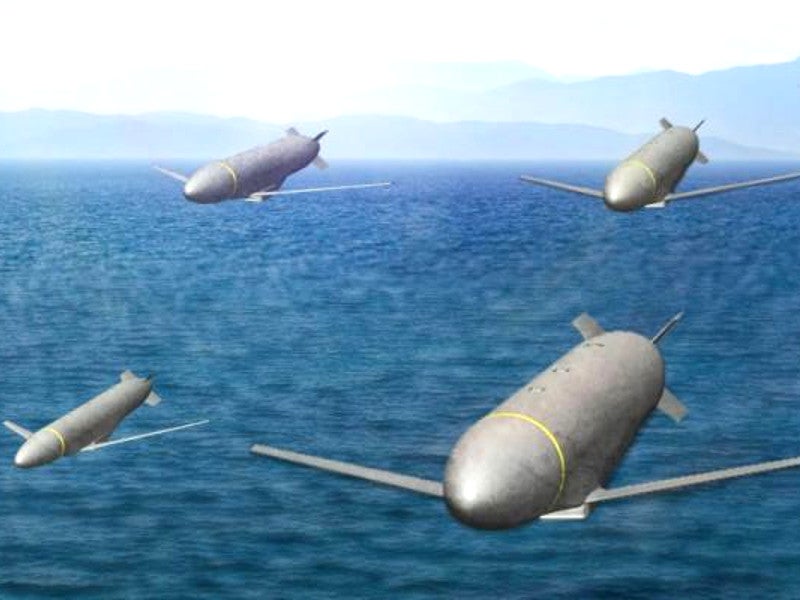