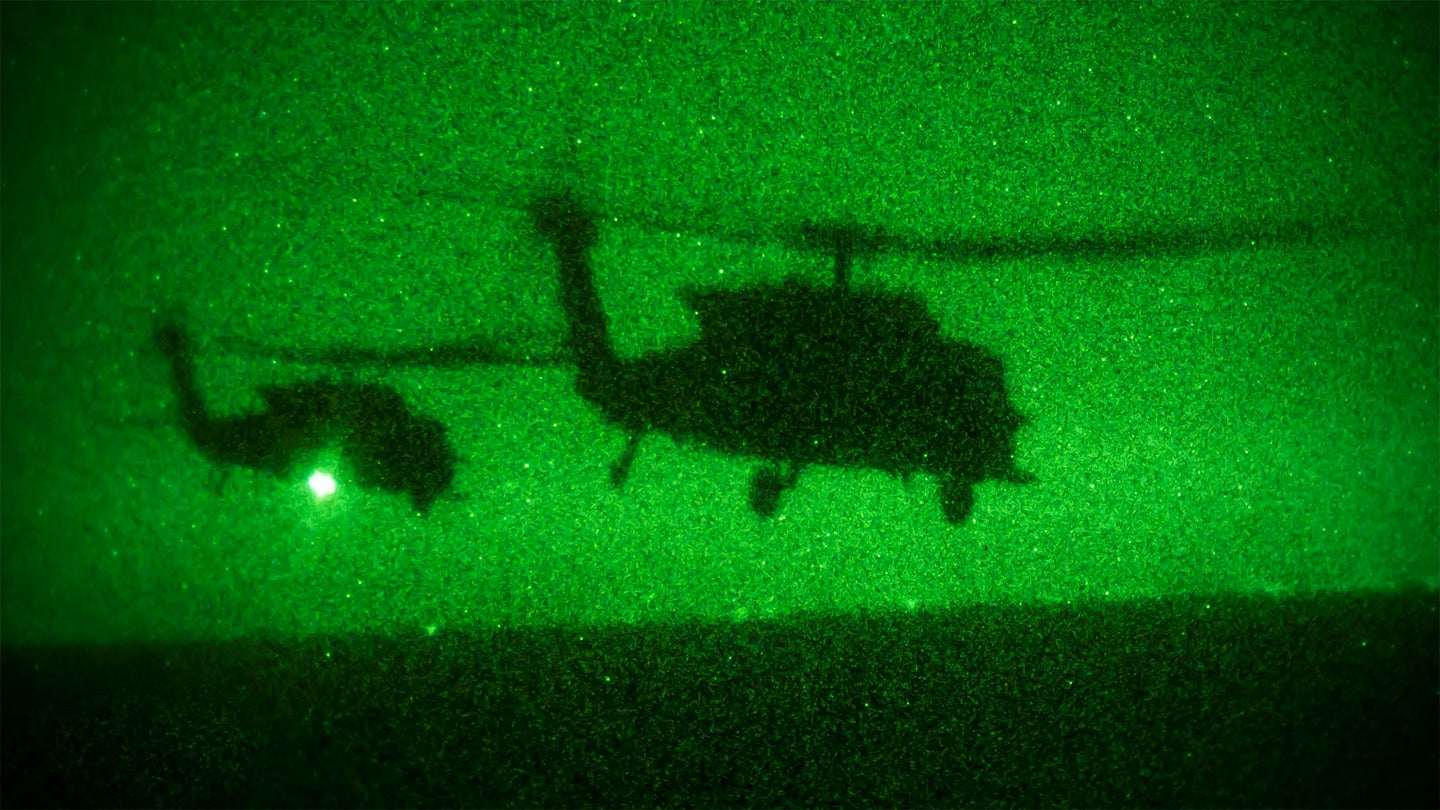 Earlier today, a contact of mine asked if I knew anything about the somewhat alarming helicopter activity that occurred in the wee morning hours of July 1st, 2020 around Northwest Oregon, near Astoria and Seaside. The Pacific Northwest is my backyard, so if anything weird happens in the air up here I usually hear about it, but this was new to me and the report I got was quite strange.

Ryan McDonnough, a contact of mine, messaged me about his friend Nicholas McKenzie's experience. Nicholas was kind enough to provide the following statement:

It was between 1:15am and 1:30am they came from the south heading north northwest flying super low, like lower than any training exercises I've ever seen maybe 150ft to 100ft or less. It was hard to tell being how late it was and dark with cloud cover. But they were low enough to be able to see the underside of the aircraft with some detail. It was what appeared to be an Osprey with two other helicopters flanking it from the underside... They may have been Apaches or Blackhawks. They were going somewhere in a hurry and flying a tight formation... Only the Osprey had one small red light on its tail on.

It was wild enough that most of the town is talking about it. When it was coming in I thought it was a Chinook it was so loud. It freaked a lot of people out.

It turns out he wasn't alone. I have seen a number of other social media posts about the helicopters' surprise flight. People that lived in the area noted how they shook their house like nothing else and how they have never seen helicopters flying that low and fast before.

First off, there are no V-22 Ospreys based in the Northwest. The closest Ospreys we have are at MCAS Miramar in Southern California, but once and while they will venture up here for cross-country flights, air shows, a domestic transport mission, or even when operating on an amphibious assault ship somewhere far off the Oregon Coast. When it comes to Black Hawks, the Oregon Army National Guard has them, but they are UH-60M medivac types and its CH-47 Chinooks are standard variants.

Helicopters, generally, don't like flying very low and fast in inclement weather at night, especially in tight formation. The Coast Guard is based in Astoria with MH-60J Jayhawks, which have the ability to fly into inclement weather even at lower altitudes, but they do that mainly over water and not in formations with numerous other types. Also, they wouldn't be flying blacked-out aside from the lead aircraft, but one unit does fly just that way—the Army's 160th Special Operations Aviation Regiment (SOAR), aka the Night Stalkers.

They are the most elite helicopter unit in the U.S. military and the constant source of surprise and concern of local citizens in the areas where they show up for their very unique and extreme flavor of training.

The 160th SOAR has the most heavily modified helicopters in the world, with both their MH-60s and MH-47s equipped with advanced terrain-following radar systems, making them capable of flying nap-of-the-earth into contested areas regardless of the atmospheric conditions. One of the battalions of the 160th SOAR calls Joint Base Lewis McChord, located just south of Tacoma, Washington, home. As for Ospreys, the only types that can execute similar feats are the Air Force's special operations-configured CV-22s, which are very similarly equipped with terrain-following radars and other advanced navigation and sensor systems, but the closest any of them are based is in New Mexico.

With all that being said, I reached out to the Oregon Military Department to see if they knew anything. They didn't, but noted that all their aircraft are down by 11pm as a rule, unless they have to go out on an operational sortie. So, they weren't theirs, but they told me I should reach out to Joint Base Lewi- McChord, which was already my next stop.

The base's Apaches and other 'big Army' helicopters have been known to fly down to the area around Astoria and Seaside to do training, especially low-level work, but during the day or at least not in the middle of the night and not bad weather. Camp Rilea, a relatively small, but beautiful local training center that is nestled along the coast near Warrenton is also used occasionally by military helicopters when they are working on insertion and extraction tactics and other skills with land units. The 160th SOAR is also known to venture down into these parts from time to time, but not at 1AM, en masse, and over populated areas like what happened in the early morning hours on July 1st.

The Joint Base Lewis-McChord public affairs folks were right on the ball when I described what I was told people saw. It turns out that a major exercise involving the Night Stalkers, U.S. Army Rangers, as well as fixed-wing assets and CV-22 Ospreys, is underway. The statement from the base reads:

The Ranger battalion will use training ammunition and other training devises [sic; devices] to make the exercise as real as possible.

There will be periods of increased air traffic to include low-flying helicopters, tilt-rotor aircraft (CV-22 Osprey) and airplanes during hours of darkness around JBLM and around the Satsop Nuclear Power Plant.

There will also be noticeable air traffic between JBLM and Satsop as helicopters and Ospreys transport the Rangers to and from the two locations.

During the evenings this week, there will be air traffic and noise associated with a large airborne operation on base involving the Rangers.

This is routine training conducted periodically to maintain a high level of readiness for the military personnel involved. Every measure to reduce the amount of noise associated with the training will be taken. We appreciate the support of the residents and community in the surrounding areas during this training.

Satsop Nuclear Power Plant, which sits between Olympia and Aberdeen in Western Washington, was never completed and has been left in a semi-abandoned state for decades. This makes it one hell of a great setting for U.S. special operators to hone their skills at assaulting a complex target, such as a nuclear powerplant. They could be called upon to do just that in a conflict or anti-terror operation, with North Korea coming to mind, in particular. In fact, the terrain and locale, in general, may be a good analog for what they could find in North Korea.

The 160th SOAR and the operators they support are constantly doing elaborate training exercises, often in highly populated urban areas. This can include flying under the bridges of New York City and literally buzzing down streets in Downtown Los Angeles. It can be bizarre and outright intimidating to some folks who don't understand what they are seeing, but the reality is that they can't get this training on a synthetic range. The real deal is absolutely key to keeping their skills razor-sharp should the call come to do something similar operationally. Fighting future asymmetric battles in 'megacities' or deep underground complexes all require extremely realistic training, and nuclear powerplants are no different.

Why they ended up further south, over the Northwest Oregon coast isn't exactly clear, but they have to practice complex infiltrations flying over undulating terrain at night and in poor weather for hundreds of miles, as they could be called upon to do it for a time-sensitive operational mission. So, taking a circuitous route through the mountains of Northwest Oregon before hooking along the coast and into Western Washington and simulating a real-world assault on the nuke plant, makes a lot of sense. Or it could have been a separate training mission that is part of the same multi-day exercise, but didn't include the nuclear plant. We just don't know.

What we do know is that working together with their Air Force CV-22 counterparts and other assets, possibly even refueling via an MC-130 flying blacked-out and low off the coast, elevates the training to another level.

So, there you have it! Not to worry Oregonians, it's just the Night Stalkers raising hell once again, along with their Air Force friends.