The crash is the latest in a string of mishaps that have occurred across the Air Force over the last six weeks. 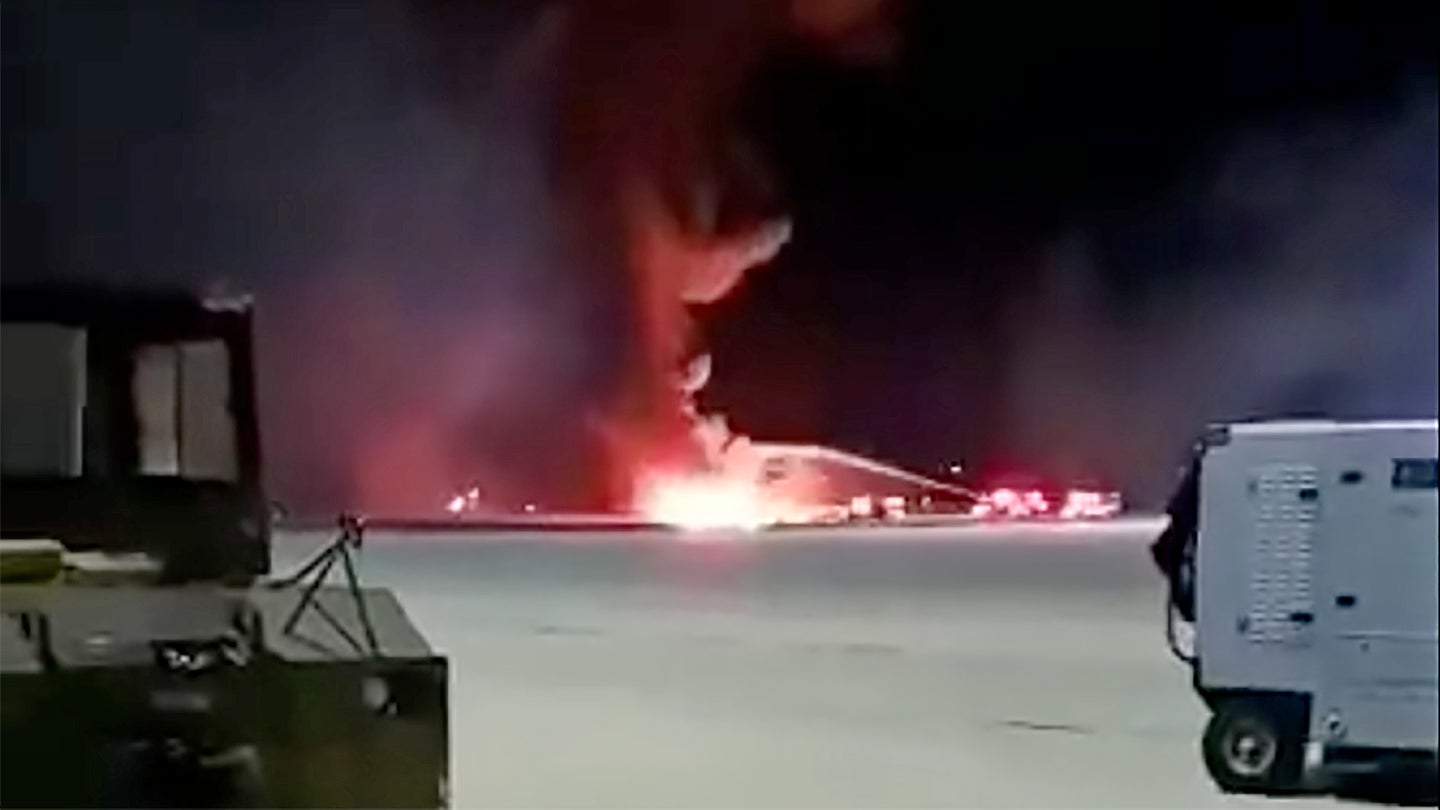 Details remain very limited, but a crash involving one of the 20th Fighter Wing's F-16s occurred on the evening of June 30th, 2020 at Shaw Air Force Base. Flames and emergency vehicles could be seen on base as the incident unfolded. As it sits now, the pilot's status is unknown (see update at the bottom of the article).

A statement from the base reads:

A U.S. Air Force F-16CM Fighting Falcon assigned to the 20th Fighter Wing, Shaw Air Force Base, S.C. crashed at approximately 2330 yesterday, June 30, 2020, here on base. At the time of the accident, the aircraft was on a routine training mission with one pilot on board.

Shaw Air Force Base emergency responders are on scene. The cause of the crash, as well as the status of the pilot, are unknown at this time.

As soon as additional details become available, information will be provided.

Shaw AFB is home to three squadrons of Block 50 F-16CMs, which specialize in the suppression/destruction of enemy air defenses and are commonly referred to as Wild Weasels due to their unique mission set.

This crash comes after a major uptick in mishaps across the Air Force in recent months. The loss of an F-15C, F-35A, and an F-22A, as well as major mishaps involving a C-130 and another F-35A, have all occurred within the last six weeks.

We will update this post as more info comes available.

Our friends over at the Air Force amn/nco/snco Facebook page have a video up showing the aircraft ablaze as crash crews try to put it out with their water cannons:

It pains us to report that the pilot has been declared dead. A statement from Shaw AFB reads:

The pilot of the F-16CM that crashed at approximately 2330 on June 30, 2020, during a routine training mission here at Shaw Air Force Base, S.C., was pronounced dead.

The name of the pilot is being withheld until 24 hours after next of kin notification. Out of respect and consideration for the family, we ask for your patience and to avoid speculation until we release more information.