The USMC has been experimenting with arming their KC-130Js for years under the Harvest Hawk program, which saw combat in the Middle East. It has also recently tested the Osprey as a weapons delivery platform, capable of close air support. These tests included the use of a new tablet-based system that connects the forward air controller on the ground directly with the Osprey via data link. Now it seems the Marines have seen enough. With the Navy working on making distributed lethality a reality by up-arming as many vessels as possible, the USMC looks to do the same with its air arm.

Under this new plan, all of the USMC’s 79 KC-130J Super Hercules transports will be become “shooter capable” and receive Harvest Hawk-like capabilities. Where the Harvest Hawk concept was a bolt-on/roll-on kit, more permanent associated upgrades will now be applied to the KC-130J fleet.

USNI reports that each Hercules will receive a top-of-the-line L3/Wescam FLIR/electro-optical sensor and laser designator ball system that will be permanently installed under the KC-130J’s nose. This deviates from the Harvest Hawk concept that saw a similar, albeit less capable, sensor ball installed in a modified bolt-on adaptation of an underwing-mounted fuel tank. Wing-mounted and pressurized internally mounted weapons racks will also be made available.

Hellfire, Griffin and Viper Strike missiles will make up the KC-130J’s combat punch. Right now, there appear to be no plans to integrate a bushmaster cannon or standoff weapons like the Small Diameter Bomb, as seen on the most recent derivatives of the Air Force Special Operations Command's AC-130 gunships.

The initiative to ready all of the USMC’s KC-130s to provide air support does not end at adding kinetic weaponry and a sensor system for surveillance and targeting. The Intrepid Tiger electronic warfare pod will also be added to the new mix of capabilities.

Intrepid Tiger is a streamlined concept that originated out of an urgent requirement for aerial jamming support in Iraq and Afghanistan. You can read all about Intrepid Tiger here. The unassuming-looking pod can be ordered to jam the enemy’s communications selectively and it can even eavesdrop on conversations. It can also jam bands commonly associated with IEDs. It works in both a pre-programmed automated mode or more dynamically from a forward deployed ground control station. Some airborne self-protection electronic warfare capabilities can be built into the pod as it continues to evolve.

The relatively simple and easily tailorable bolt-on Intrepid Tiger system has proven itself very effective in combat. The proof is in the fact that AV-8B Harriers, with their limited payloads, carry the pod in place of an extra bomb or missile without complaints from forward air controllers on the ground. In fact, the pod seems to be preferred over an extra expendable weapon.

Since it can be controlled by the very same forces it supports on the ground below, it also represents another facet of a growing trend in close air support, where control of airborne capabilities is being distributed down to those on the ground. Think of it as weapons and electronic attacks on demand.

Now only is the Intrepid Tiger pod, which is already flying on Hornets and Harriers, destined for the KC-130J, the Marines plan on bolting it onto a wide array of aircraft. These include the AH-1Z Viper and UH-1Y Venom helicopters and the MV-22 Osprey.

The Osprey, which seems to be rapidly picking up new roles, will also be getting its own lethal upgrade. This will come in the form of an upgraded sensor ball that has laser-designation capabilities and some sort of weaponry beyond the machine guns it carries today. Laser-guided rockets have already been tested successfully on the Osprey, and it seems that the force is eyeing making the ability to employ them a fleet-wide capability once the new laser-designation capabilities are in place. Viper Strike is also on the table, which is a gravity dropped, low-collateral damage weapon. Even the Switchblade throwable suicidal drone is being looked at as a possible munition for the MV-22. They could be literally tossed out the back ramp of the MV-22 with little to no modifications to the aircraft itself.

The idea behind both the Harvest Hawk and the so called “Osprey Hawk” upgrades is to provide a massive increase in close air support and surveillance capable platforms. Because these aircraft have significant range and loiter potential, they can provide persistent overwatch, jamming support, and close air support for forces below with greater efficiency than fast jets or attack helicopters. They can also execute this mission without the limitations of an unmanned aircraft’s soda-straw like view of the battlespace and low situational awareness. This end-to-end air support allows a patrol to have support up above from the start to the end of a mission. Think of guardian angels that can be attached to a mission without setting up forward refueling points, or adding the benefits of fuel-hungry fighter jets but without the tankers needed to keep them in the air. The Osprey can even provide onsite medevac and airlift support if required.

Still, there may be some issues with the USMC’s ambitions for their historically less than glamorous transport and utility aircraft. The money will have to come from somewhere to see this plan through. Considering the abysmal reality of Marine Air these days, upgrading non-traditional air support platforms like this is a double-edged sword. Adding new platforms that are capable of providing basic close air support and surveillance through an upgrade takes the pressure off of those same tired traditional attack platforms. On the other hand, these upgrades take away dollars that could go into maintaining and upgrading the overworked aircraft that already possess similar (and sometimes vastly superior) capabilities.

The other issue is that crews can only train for so many missions in a certain amount of flight time allotted. Either the USMC needs to up the flight hours for aircrews and increase simulator availability or other existing mission sets may suffer. Although technology may be able to help facilitate close air support more seamlessly in the future, delivering weapons in close proximity to friendly forces is not a side job. It takes training, lots of training, and confidence to execute the mission reliably. This is a challenge that will have to be confronted if the Corps intends to get the best out of their investment in these types of non-traditional upgrades.

In the end, when you look back at the last 15 years of continuous combat in Iraq and Afghanistan, these proposed capability upgrades would have been much appreciated and they really do fit the Marines’ likely missions of the future as counter-terror and counter-insurgency operations continue to drag on. It is definitely a low-end about face for a service that has been increasingly obsessed with high-end, 100% solutions at any cost, and that in itself is a very good thing. 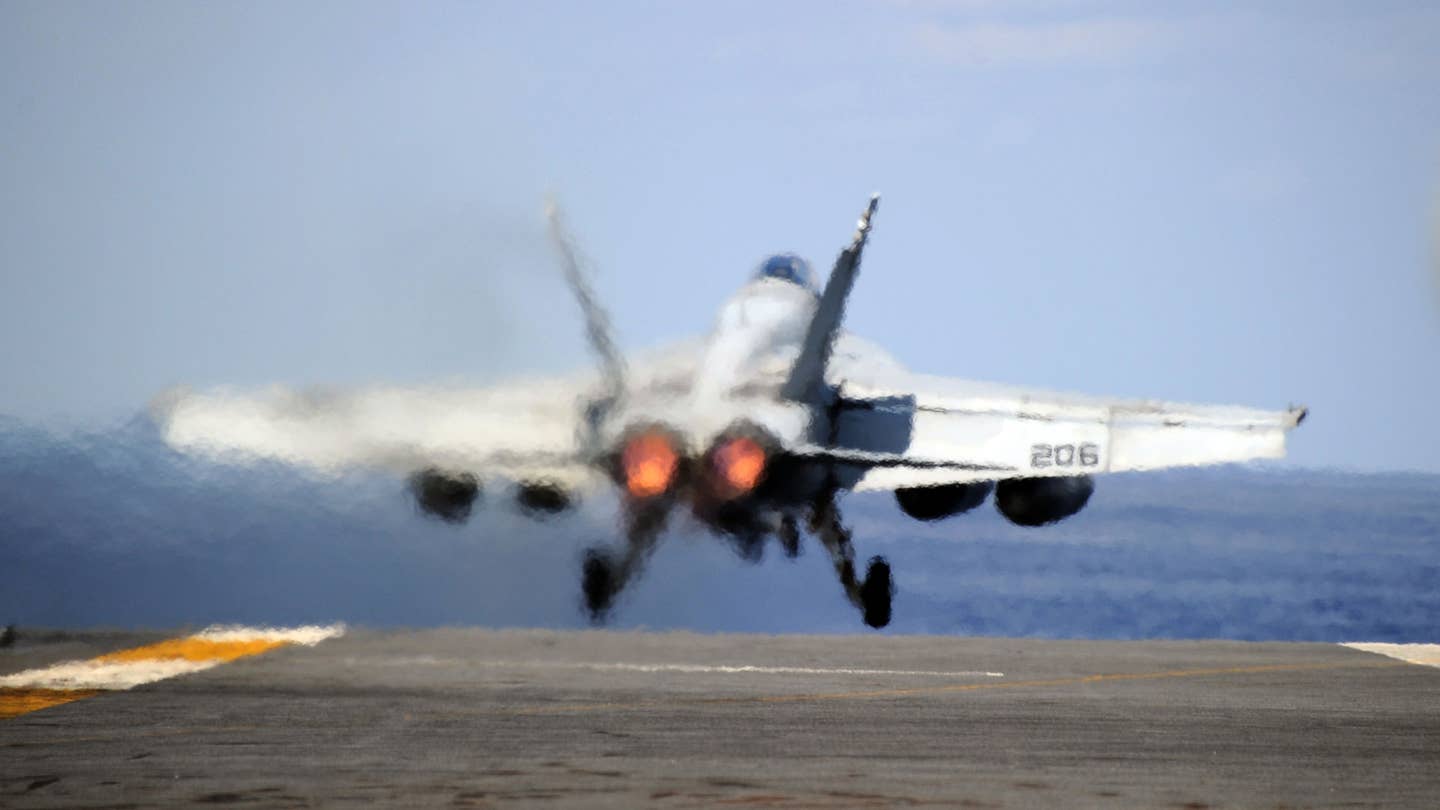