Lawmakers want to know what data exists, how it’s shared, what threats these craft might pose, and if an adversary has new breakthrough tech.

Members of the U.S. Senate have expressed concern that the U.S. military, as well as other federal government agencies, have not been giving the appropriate amount of attention to reports of encounters with unidentified aerial phenomena, or UAP, more commonly referred to as unidentified flying objects, or UFOs, which may be linked to America's adversaries. They are now looking to order the Director of National Intelligence to work with other relevant agencies to produce a report detailing just what information they have on UAPs already, how that data is collected and processed, how it is getting shared, and just what kind of threats or other risks these objects might pose.

The call for the UAP review was included in a report accompanying a draft of the Intelligence Authorization Act for Fiscal Year 2021 that Senator Marco Rubio, a Florida Republican, submitted on behalf of the Senate Select Committee on Intelligence on June 17, 2020. Danny Silva of the SilvaRecord.com was the first to report on the document.

"The Committee supports the efforts of the Unidentified Aerial  Phenomenon Task Force at the Office of Naval Intelligence to standardize collection and reporting on unidentified aerial phenomenon, any links they have to adversarial foreign governments, and the threat they pose to U.S. military assets and installations," the committee report says. "However, the Committee remains concerned that there is no unified, comprehensive process within the Federal Government for collecting and analyzing intelligence on unidentified aerial phenomena, despite the potential threat. The Committee understands that the relevant intelligence may be sensitive; nevertheless, the Committee finds that the information sharing and coordination across the Intelligence Community has been inconsistent, and this issue has lacked attention from senior leaders."

So, what Rubio and his colleagues are now asking for is a report on these issues, within 180 days, that the Director of National Intelligence, together with the Secretary of Defense, and any other parties they deem relevant, would produce and that would be primarily unclassified, though it could have additional details in a classified annex. The review would have to cover the following points:

2. A detailed analysis of unidentified phenomena data collected by:

3. A detailed analysis of data of the FBI, which was derived from investigations of intrusions of unidentified aerial phenomena data over restricted United States airspace;

4. A detailed description of an interagency process for ensuring timely data collection and centralized analysis of all unidentified aerial phenomena reporting for the Federal Government, regardless of which service or agency acquired the information;

5. Identification of an official accountable for the process described in paragraph 4;

7. Identification of any incidents or patterns that indicate a potential adversary may have achieved breakthrough aerospace capabilities that could put United States strategic or conventional forces at risk; and

8. Recommendations regarding increased collection of data, enhanced research and development, and additional funding and other resources.

It's important to note that Senate still has to finalize its Intelligence Authorization Act for Fiscal Year 2021 and they will have to reconcile it with its companion in the House of Representatives. Both chambers then have to pass it and President Donald Trump has to sign it into law. Even then, the additional guidance in this accompanying report is non-binding. It's also worth noting that this committee report, as well as the existing draft of the latest Intelligence Authorization Act, have classified annexes, which may have additional provisions regarding UAPs, though there is no way to tell for certain.

However, the public request for a report by itself includes a number of significant new details, including, right up front, that the Navy has a dedicated task force focused on this issue. For reasons that remain unexplained, and that The War Zone has delved into in detail in the past, the Navy is the service at the center of all of the major publicized UAP encounters in the past two decades. There have been virtually no significant public comments from the rest of the U.S. military regarding any similar events.

It is known that the Navy has been the service providing classified briefings on UAPs to senior members of Congress ever since the New York Times published its first detailed exposé on the Pentagon's Advanced Aerospace Threat Identification Program (AATIP), and its predecessors, which also focused in part on investigating reports of unidentified aerial objects, in 2017. Some legislators have already expressed their concerns about the substance of the information that service has been providing, whether the known UAP encounters represent potential threats to national security, and whether those issues are being taken seriously, as the War Zone, among others, has reported in the past.

The specific mention that the Federal Bureau of Investigation (FBI) has been collecting information about UAP sightings is also notable, if not surprising, as well. The bureau was among the U.S. government agencies that were known to be involved in the investigations into still unexplained sightings of unidentified objects flying over various parts of Colorado and Nebraska, including near sensitive U.S. Air Force facilities, between December 2019 and January 2020, though there's no indication this incident was a direct factor in the Senate Select Committee on Intelligence request. The War Zone has continued to explore that story in detail, which you can read more about here and here.

Perhaps the most interesting, and worrisome, part of this provision is the apparent admission that the Senators in charge of overseeing America's intelligence-gathering activities do not already have a good understanding of the interagency process for the centralized collection and analysis of data on UAPs from across the federal government, or who might be the top official in charge of that process, if it exists. It's hard to understand how this could be the case after all this time given the possibility that these encounters could reflect threats to U.S. national security, including directly from America's potential adversaries, something The War Zone

has regularly highlighted when discussing these events in the past.

What the Senate Select Committee on Intelligence's wants out of this report only underscores these concerns. The committee's stipulations focus heavily on potential foreign involvement in these events, such as whether these UAP encounters can "be attributed to one or more foreign adversaries" and if they are indicators of "breakthrough aerospace capabilities," rather than outright fears about any sort of potential extraterrestrial activity, but some may still interpret this as ambiguous. Last month, The War Zone

was first to report on new information obtained via the Freedom of Information Act regarding encounters between Navy pilots and UAPs along the East Coast of the United States in recent years that specifically described many of the objects as familiar man-made designs or balloon-like objects.

On top of all of this, it is also notable that members of the Senate are seeking an unclassified review of these issues that they could release to the American people. If this comes to pass, this could easily become one of the most significant publicly available official reports on UAP/UFO encounters since the U.S. Air Force's Project Blue Book studies in the 1950s and 1960s.

If still remains to be seen how the Director of National Intelligence will respond to this request, but the Senate Select Committee on Intelligence's inclusion of it in their report is a clear indicator there is a desire among at least some lawmakers to get more information about what the U.S. military, as well as other agencies, known about UAPs and what threats they might present to the United States. 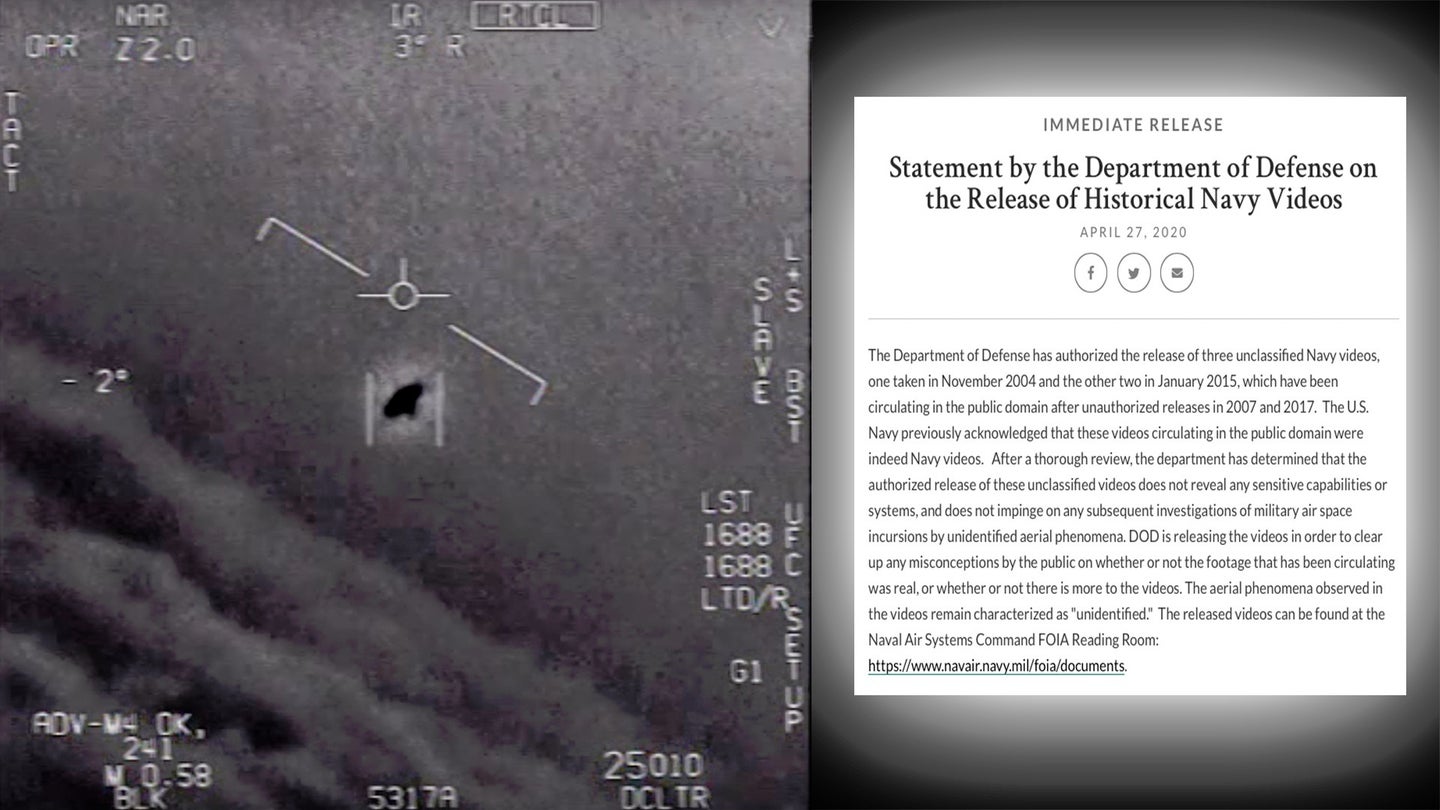 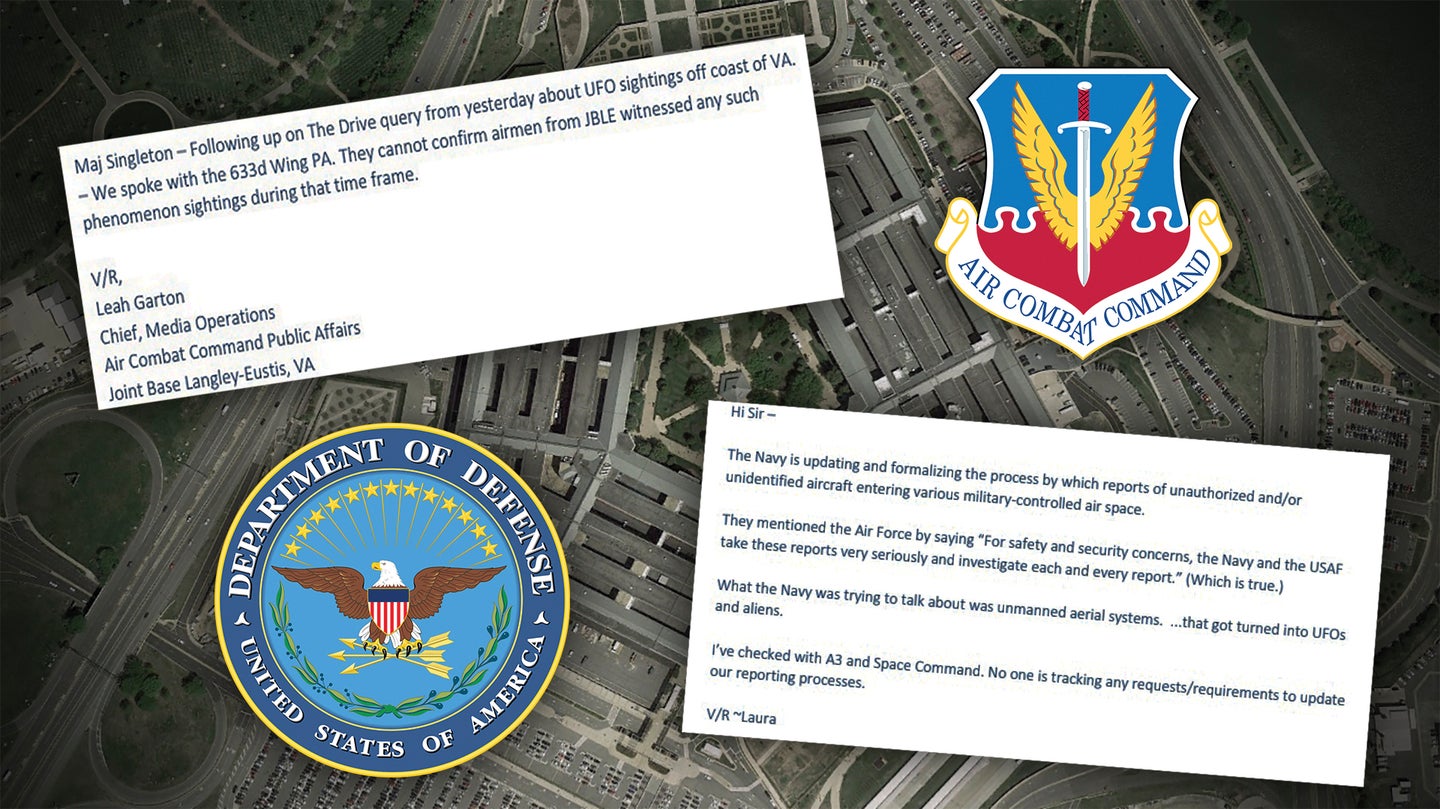 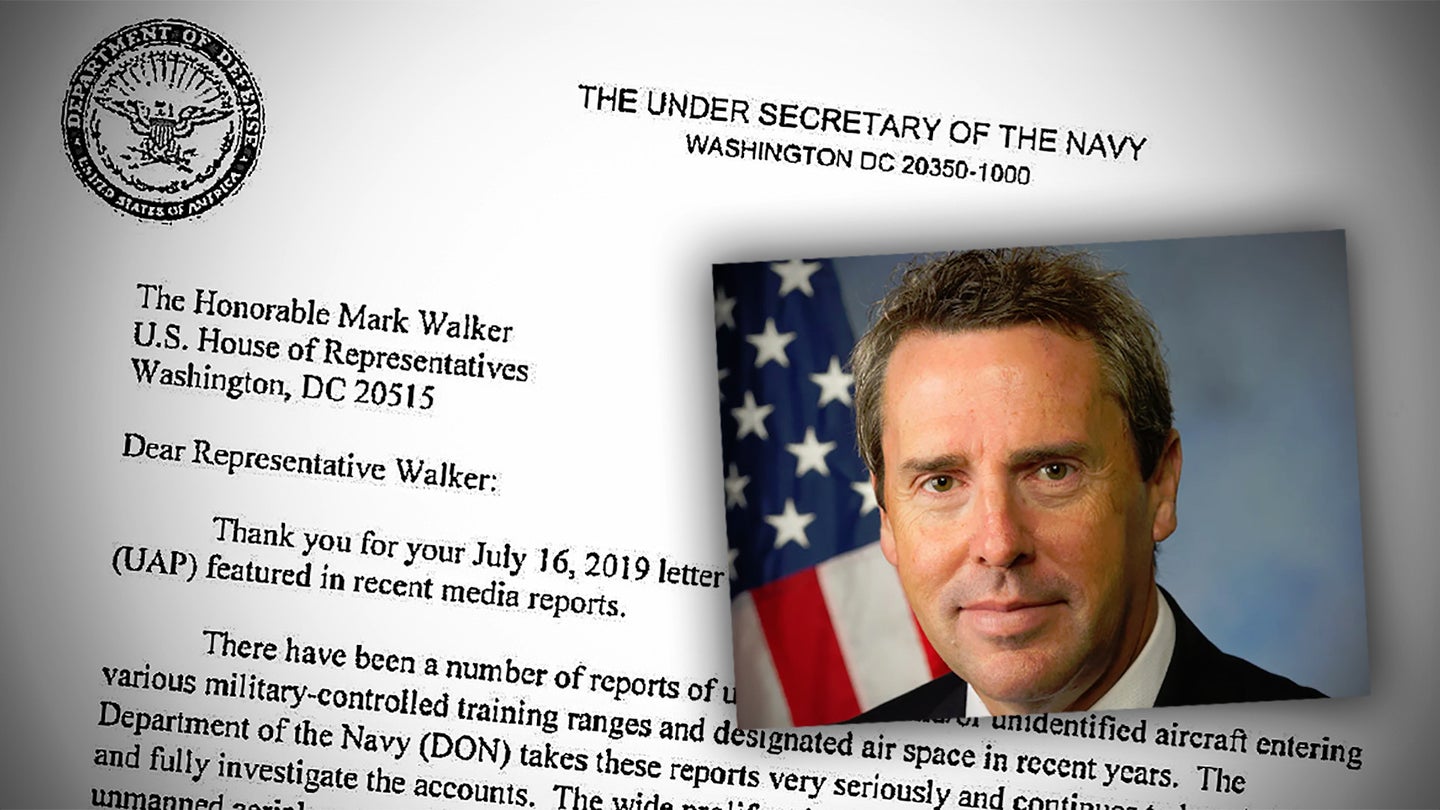