Estimates of the RQ-170’s size have varied greatly over the years. Now we can put the debate to rest. 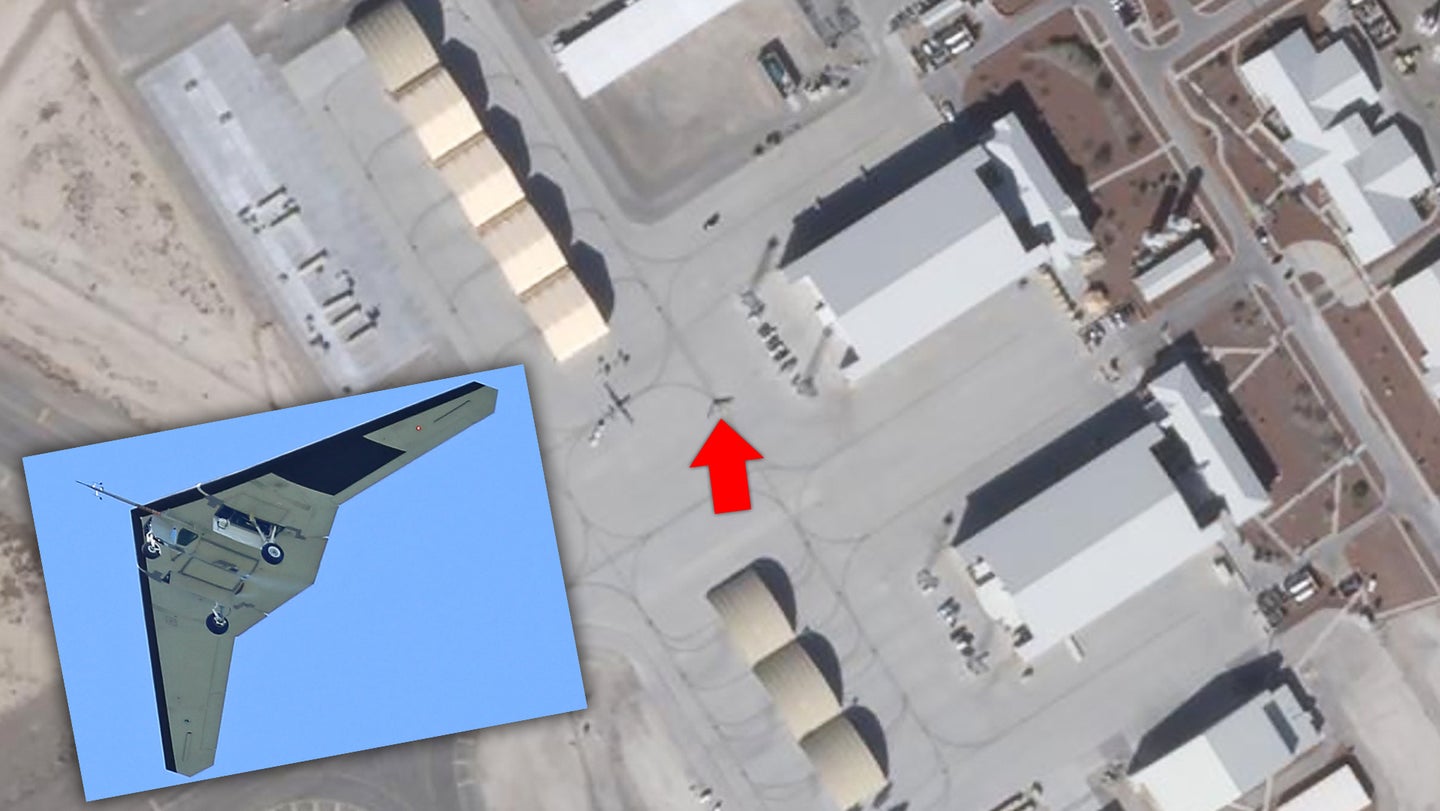 Well over a decade after the stealthy RQ-170 Sentinel spy drone first appeared in Kandahar, Afghanistan, there is still very little official information about it. In fact, most of what does exist in the public domain has been obtained via the Freedom Of Information Act, not from standard communications channels. To this day, even the aircraft's basic dimensions have been up for debate, but a satellite image taken of Creech Air Force Base in Nevada on January 30th, 2020 can put that debate to rest.

The satellite image, which The War Zone obtained from Planet Labs, shows the flying-wing RQ-170 Sentinel taxiing near an MQ-9 Reaper on the northeast unmanned aircraft apron at the Air Force's master drone base. The incredibly shy RQ-170s have been at least partially based there for years. Using Plant Labs' measuring tools, we get an exact match for the Reaper's wingspan, 66 feet. For the RQ-170 we get roughly 38 feet. This may sound small and certainly our own estimates of the aircraft's wingspan have morphed over the years, but based on the many photographs that have emerged since one of the RQ-170 crashed in Iran back in late 2011, and others taken here in the United States of the aircraft in flight, this makes perfect sense.

A wingspan of 38 feet would roughly equate to an eight-foot fuselage section and two 15 foot wing sections. The aircraft actually is designed in these components for transfer and the RQ-170 that crashed in Iran was moved in this same manner and reassembled, albeit a bit crudely, for display. But this makes it substantially smaller than the predominate estimates you will find from various sources, including the military's own indirectly related literature, which states the aircraft has a span of just under 66 feet.

So, there you have it, the RQ-170 is about 38 feet wide. We do know that Lockheed's Skunk Works has openly proposed and even teased larger variants of the RQ-170 design, which could have strike and other missions beyond penetrating and persistence reconnaissance capabilities. We have speculated that such an aircraft could already exist and may have been flying for some time now. Regardless, as it sits today, the world's only confirmed operational flying-wing stealthy drone has a smaller wingspan by about 10 feet than the MQ-9 Reaper's predecessor, the MQ-1 Predator.

As for the RQ-170 Sentinel that the United States lost to Iran, after nearly a decade of prodding, poking, and displaying, it looks really rough. Even some of its Formica-like radar-absorbent material is chipping away from its edges.  At this point, America's peer state adversaries have all had an invasive examination of the captured Sentinel, which likely helped their own stealth flying wing initiatives dramatically.

Considering the RQ-170 was openly being used at a busy foreign air base in daylight back in 2007, and at least part of its lineage has now been revealed, one hopes America's high-end unmanned capabilities have drastically advanced. But even if they have, the fact that they are not an overt part of the Pentagon's standing air combat strategy remains a huge issue that you can read all about here.